When Sonic Colors first released on the Wii back in 2010, it came none too soon for the Sonic franchise, which had recently pushed out a string of games ranging from mediocre to downright atrocious. Colors was a breath of fresh air, building off of what little had been going right with the series of late while also injecting some new ideas into the gameplay. But as a Wii exclusive, many gamers missed out on this great title. Now, over a decade later, Sega has finally brought it back, giving it a chance to shine in remastered form as Sonic Colors: Ultimate. Does this new edition redeliver the magic that delighted fans eleven years ago? 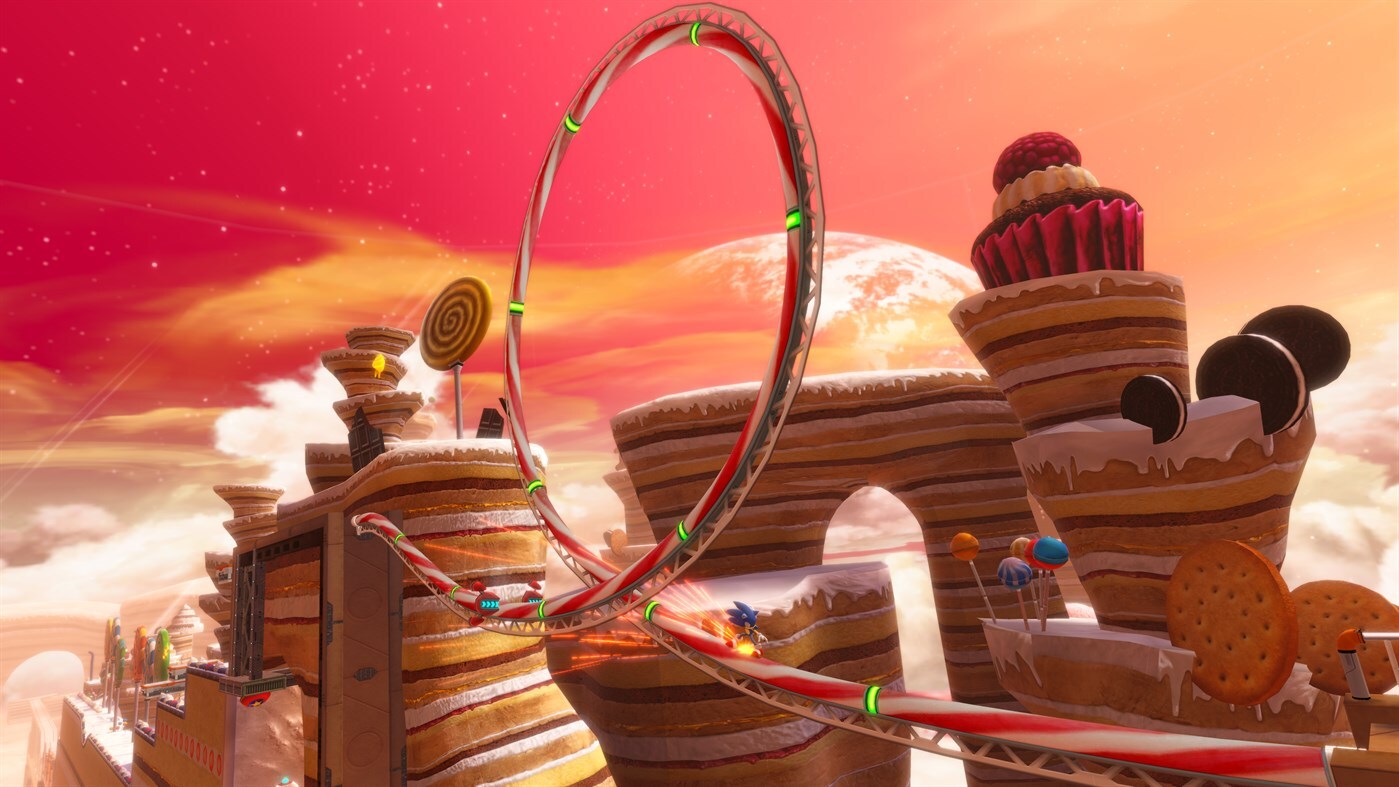 Like almost all Sonic games, Sonic Colors: Ultimate is family-friendly. The language is clean, and the most risque thing to appear on screen is Sonic smacking his butt as a way to taunt his enemies. 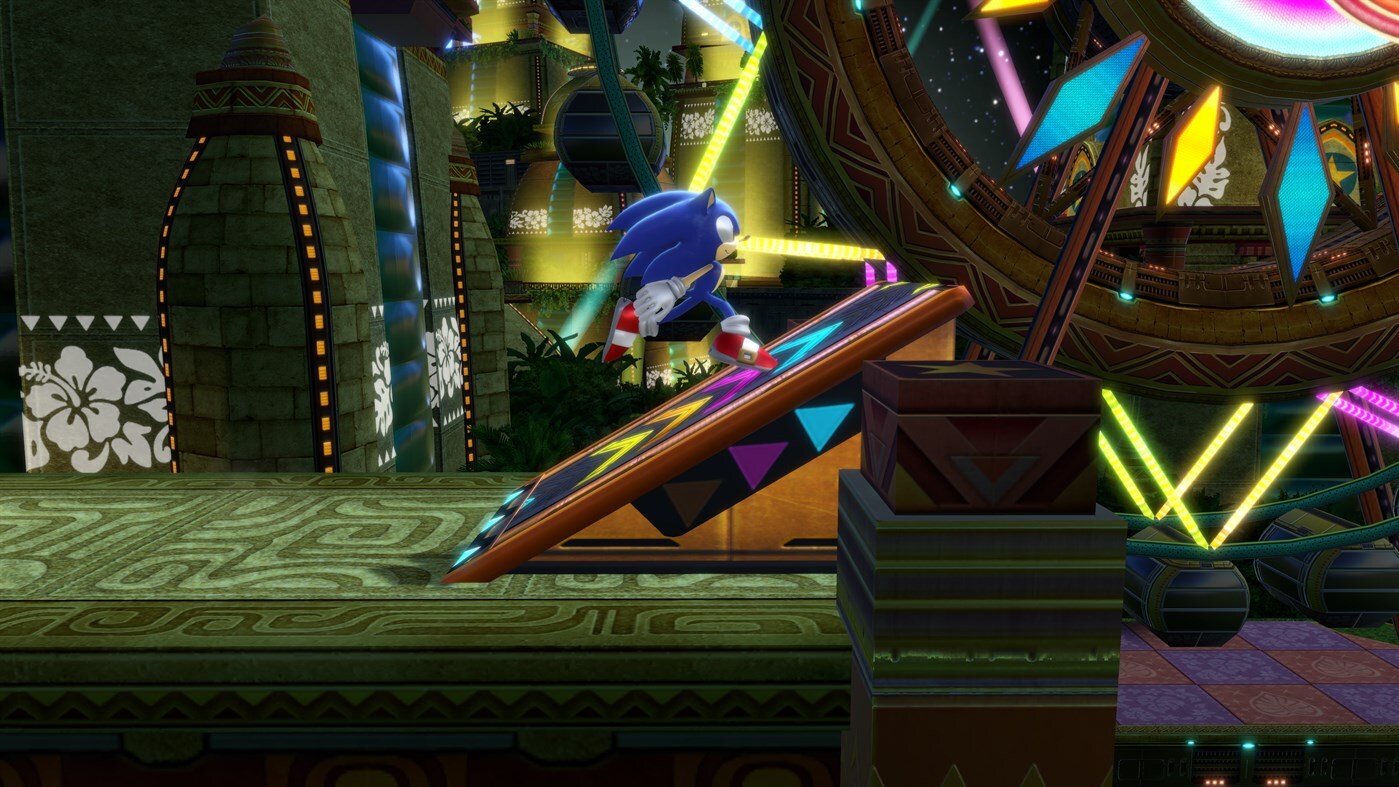 In Colors, Sonic and Tails make their way to an interstellar amusement park created by none other than their archenemy Dr. Eggman. He claims that this park is his way of atoning for his many crimes, but the duo quickly realizes that the park is in fact a front for his effort to capture cute little aliens called Wisps and use their power for nefarious purposes. The storytelling is lighthearted and cheesy, and while the individual jokes are hit-and-miss, I still appreciate the earnestness of the humor to this day.

The star of any Sonic game is the gameplay, and I’m pleased to report that Ultimate faithfully delivers the gameplay that made the original Colors such a great game. Colors’ gameplay mixes the slick, smooth action that Sonic is known for with a bit of slower-paced, almost Mario-esque blocky platforming. In the midst of both these styles, Colors also introduces a unique set of Wisp-based powerups that allow Sonic to explore new paths within the level. On paper, it may seem that such a blend would not work, but Colors deftly shifts its focus from level to level, giving each style a chance to stand on its own and ensuring that the gameplay stays fresh throughout the entire experience. Ultimate brings all this back in gorgeous high definition and at sixty frames per second. This was the remaster’s single most important task, and Ultimate nails it. 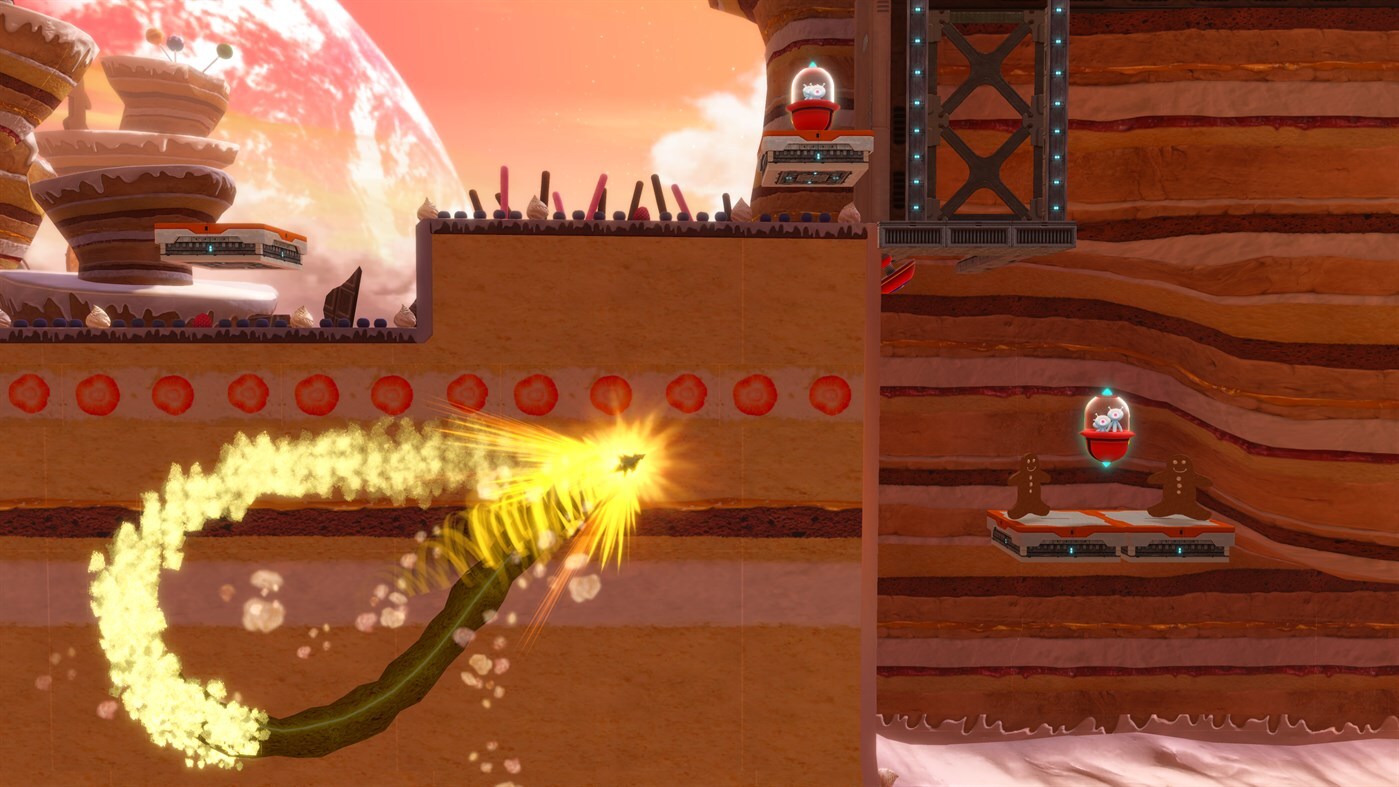 Unfortunately, this is where most of my praise for this game comes to an end. In almost every other way, Ultimate fails as a remaster. Let’s start with the audio: in short, it’s a bit of a mess. When using headphones, some of the sound effects only play in one ear when they clearly should play in both. The general mixing of the music and sound effects during gameplay lacks consistency as well, and the volume lowers significantly during cutscenes.

Speaking of the cutscenes, Ultimate’s cutscenes run at their original, sub-HD resolution. When stretched across a 4K screen, the image loses tons of detail, and the motion suffers greatly because of all the aliasing. This is a big no-no for a remaster, which is supposed to update a game to look GOOD after many years. While it clearly accomplishes this with the gameplay, the cutscenes deserve a face-lift as well. 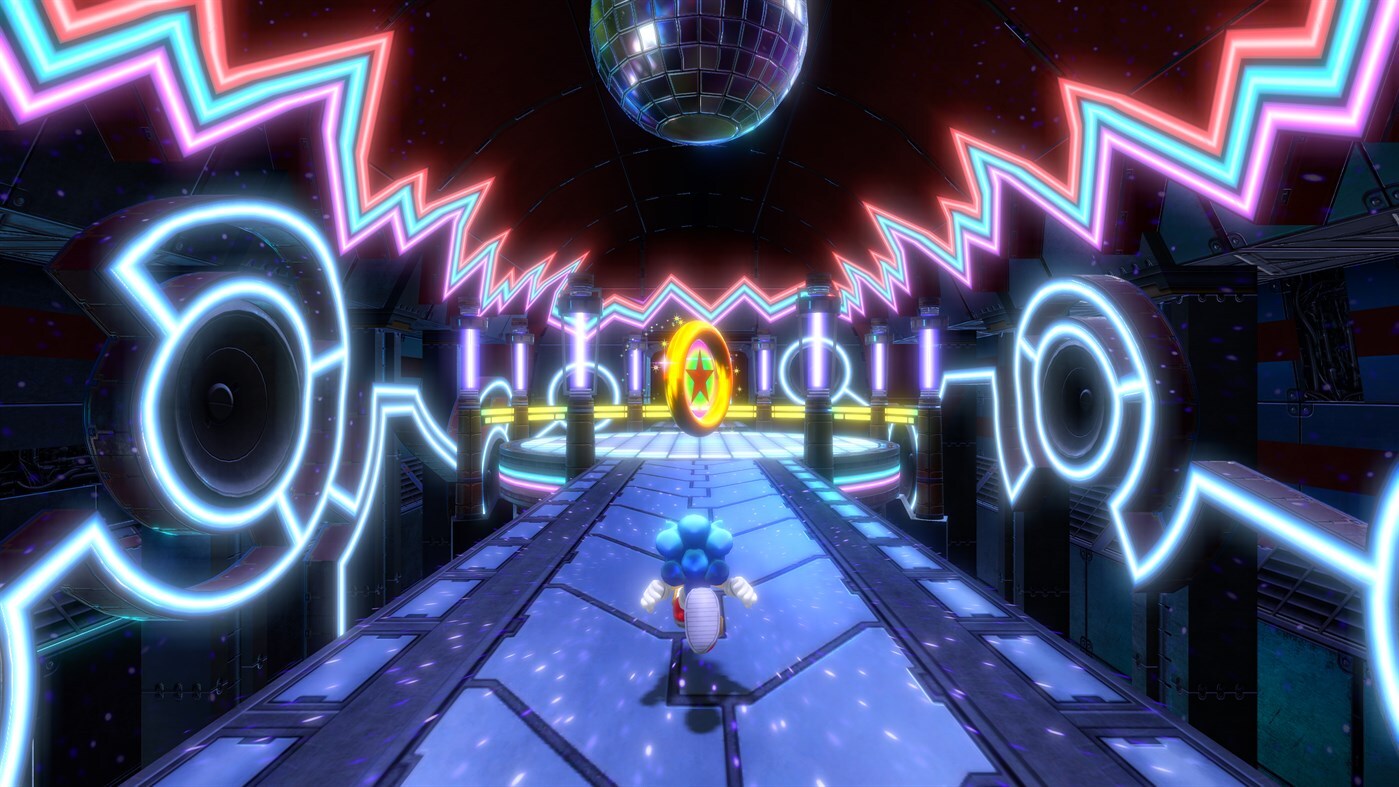 Ultimate adds a few ancillary features to the game for this re-release, such as unlockable cosmetics and a new Rival Rush time trial mode in which you race Metal Sonic through specific stages. More significantly, Ultimate includes remixes of most of the game’s original music. Considering that the original Colors often re-used its level tracks, this is a nice touch that now allows every stage to have unique track, and while some of these remixes fail to live up to their inspirations (looking at you, Sweet Mountain), others, like those of Starlight Carnival and Aquarium Park, are absolute bangers. However, Ultimate actually lacks some of the music tracks from the original game, including those from the boss battles and, most notably, the original version of the game’s iconic theme Reach for the Stars. Why does this remaster include only some of the original game’s music, but not all of it? This omission baffles me almost as much as the aforementioned cutscene problem.

Perhaps the weirdest, most unexpected issue is that the “navigator”—that is, the system of hint rings which pause the action when you run through them in order to give you gameplay tips—cannot be toggled off in the settings. You are forced to turn it on or off at the beginning of a new game, and then you cannot change it unless you start over, erasing your progression. I turned it on and played a few levels thinking I could just turn it off later, and wound up having to restart and replay those levels in order to keep the hint rings out of the rest of my playthrough.

All told, Ultimate leaves me torn. On the one hand, I’m thrilled that Colors once again has a chance to delight audiences, and the gameplay returns better than ever. But for every other aspect of the experience, Colors deserves a better showing than Ultimate gives it. Sega has already released a patch dealing with a nasty “rainbow glitch” on Switch that could cause problems for photosensitive viewers (a glitch I have not seen on the Xbox version I review here), and they promise more patches in the future, so hopefully some of the game’s issues will be fixed down the line. But as of right now, Ultimate downgrades a great game of yesteryear into one that is merely good. 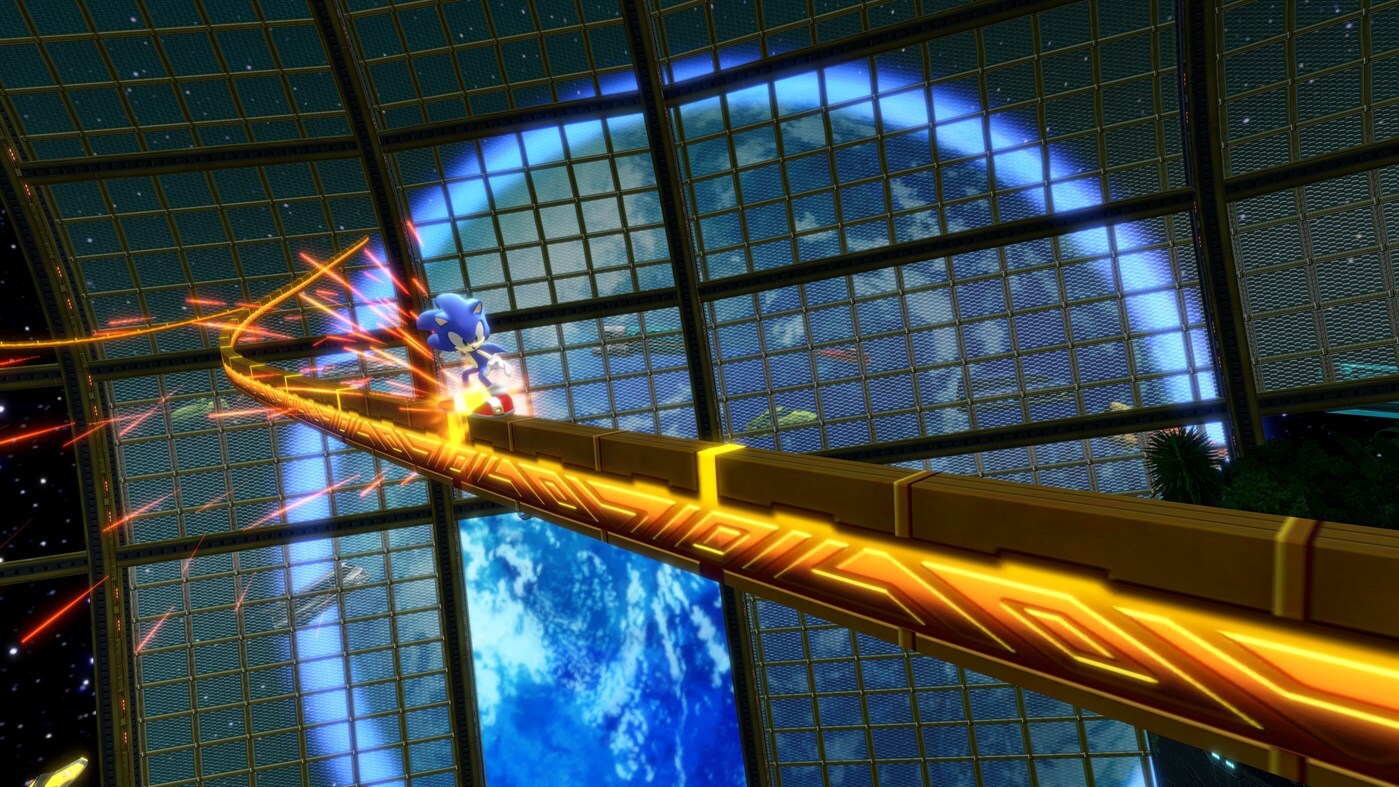 Sonic Colors Ultimate enhances the original's great gameplay to modern HD standards, but misses the mark in almost every other regard.