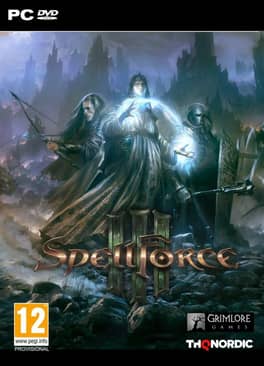 The SpellForce series has been around for nearly a decade and a half. With fantasy elements and the implementation of both RPG and real-time strategy mechanics, it’s no wonder the series has enjoyed some staying power. Though it hss changed hands several times over the years, Grimlore Games and THQ Nordic are out to prove they can champion the SpellForce name. I guess it’s a good thing the latest entry has plenty to offer, then. 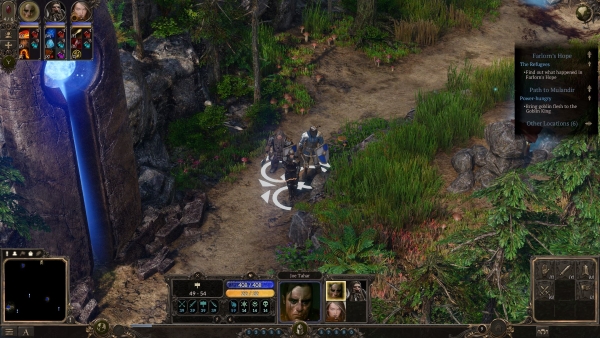 There’s the use of magic. Some religious characters in the game refer to Aonir the All-Father, a spiritual deity akin to God (or, more aptly, Zeus or Odin, the father of the gods). Aonir’s followers are referred to as the Purity of Light. Our hero, referred to as Tahar, is magic-sensitive and gets recruited to try to help deal with a spreading “plague” that is more accurately a curse.

Most of the violence in the game is mild with some animated blood. There are some gruesome scenes, however, including characters exploding and rotting corpses hanging from nooses and gibbets.

Expect to see and hear anything an R-rated film would allow. I particularly recall instances of f*** and s***.

Though there is nothing suggestive portrayed, I do recall some coarse, suggestive jokes that refer to sex and rape.

I don’t recall any drug or alcohol use in the game.

The government and clergy are trying to round up all magic adepts and force them to give up their abilities. As a result, they basically become mindless slaves with no free will.

Teamwork, leadership, patience, and exploration are all intrinsic themes for SpellForce 3. You’ll control and manage a team of heroes, but at times you’ll control entire towns and armies as well. You’re often rewarded for exploring the small corners of big maps. Despite the lineage of your father, the Betrayer, you constantly press to do the right thing. 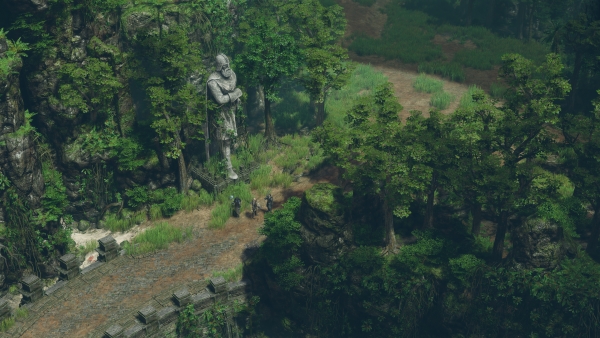 When I first began looking into SpellForce 3, I was’t really sure what to expect. The franchise has been around for a while, but even as a fan of both RTS and RPGs, I’d never tackled either. Instead of the proper jubilation it should have caused, the prospect of having to deal with two separate play styles felt somewhat overwhelming. Now, having actually engaged in the game, I feel my trepidation was somewhat warranted, though there is a fun game here. Let’s begin with the gameplay mechanics, as they were my primary concern going into SpellForce 3. Depending on what mode you’re playing, the game is either an RTS with light RPG mechanics (for skirmish and multiplayer) or, more to my liking, an RPG with some strategy elements on the side (as much of the campaign is).

I feel like the Skirmish and Multiplayer modes are easily the game’s weakest modes (and the game’s community seems to agree with no more than 100 players in the internet lobby at any point I’ve logged in). While they offer many of the things real-time strategy games are so well known for, such as a variety of structures, upgrade paths, and multiple resources, the path feels a bit more distracted than contemporaries like Starcraft 2. I believe much of this is due to what feels like a somewhat convoluted economy. You still collect materials like stone, wood, and food, but instead of training workers for these tasks, each town is given a set number workers and you’ll have to decide which building(s) their time is best spent at. It really isn’t that complex, but it feels notably less accessible than RTS games with traditional economy mechanics. The incorporation of hero units with branching skill trees is nothing new, going back at least as far as Warcraft 3, but they offer a welcome bit of variety on the battlefield amid the dozens of cookie-cutter units. 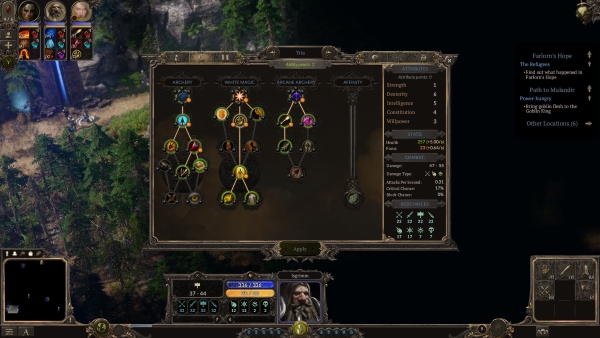 The real meat of SpellForce 3 is in its story campaign, which feels almost akin to titles like Divinity: Original Sin or Baldur’s Gate. Here, as in many traditional RPGs, you’re in control of a band of heroes. As you explore the world, you can pick up armor, weapons, and other trinkets to outfit your crew, upgrade a variety of skill trees, and, on occasion, take control of a town or encampment in order to attack or defend enemy forces in the area. The RPG-related controls feel much more intuitive than their RTS counterparts and, as a result, make it feel like the developers were focusing on telling a good fantasy story with the burden of providing a strategy counterpart. If you pick up the game, I definitely recommend playing through the story and, unless you’re just feeling exploratory, consider leaving the rest alone.

Speaking of the story, I enjoyed the narrative. Set as a prequel to the apocalyptic events of other SpellForce games, this title establishes our player, the privileged son of a betrayer to the crown, and his band as a team of magically blessed (or cursed, perhaps) individuals who can hear something referred to as the Wightsong. Towns are left in shambles are left burying their dead as a magical plague known as the Bloodburn destroys all life in its wake. Now, you and your team must discover the cause of the plague and, in the process, unite the various peoples of Eo (the world of SpellForce) to fight against it. 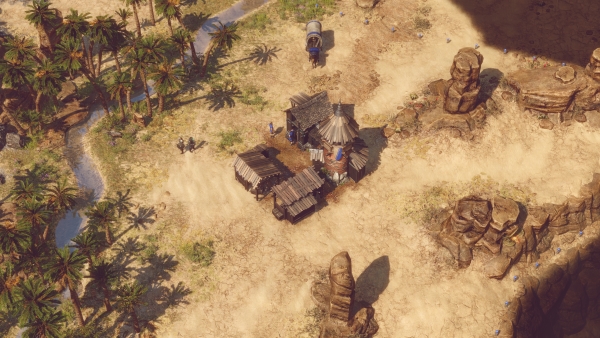 The writing is, much to my delight, fantastic. The narrative is well-told and each of the characters (and their voice actors) bringing the tale to life fantastically. I was actually a little shocked at just how much I enjoyed the voice delivery from everyone in the main cast. While many of SpellForce 3‘s story beats may feel like trodden ground to long-time fantasy fanatics, I think there are some solid beats, a few great twists, and a world full of lore to soak up.

While I’m speaking of the voice acting, let’s discuss the rest of the game’s presentation. Everything about the game looks good. Character models, as well as details such as armor or weaponry, look fantastic. I love it when games add the flourish of actually showing what I have equipped on the character model. The animations look solid and the particle effects are eye-catching. I believe the camera angle can be frustrating to deal with at times and a few of the textures occasionally look dark and unwelcome, but beyond that, SpellForce 3 is a great looking title. The music is grand and majestic, lending credence to the fantasy setting as well. 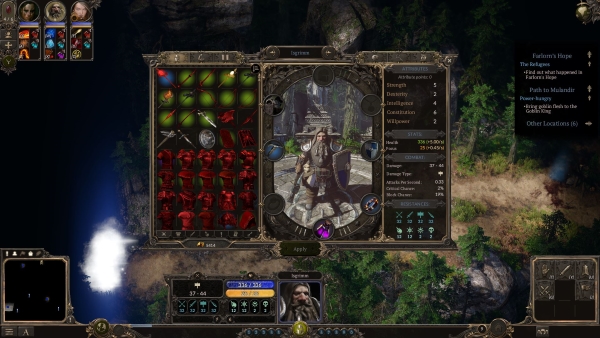 Overall, I think SpellForce 3 is a good title RPG fans should consider checking out. It has a great narrative campaign with excellent voice acting and world building, fun RPG mechanics with well-realized, diverse characters, and a world with lore as deep as a sea. If you’re coming to it for the strategy aspect, you may consider passing it by. The elements are there, but much of it feels rote and, with a less-than-straightforward economy and meager online community, I would contend its days as a competitive strategy game are numbered. Still, for fans looking to dive into a fun, meaty campaign, SpellForce 3 is surprisingly enjoyable, even for newcomers to the franchise.

SpellForce 3 is a fun, meaty adventure with solid storytelling and great voice acting. The RTS elements feel a bit weak in comparison to their RPG siblings and the multiplayer community already feels paltry, but players looking for a good fantasy RPG/RTS mashup will find plenty to love with SpellForce 3.