This sea is unforgiving, but well-written 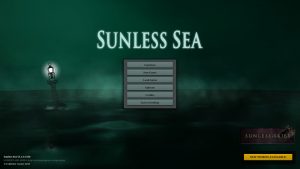 Sunless Sea is an indie rogue-like survival and exploration game set in Failbetter Games’ Fallen London universe. In this alternate universe, London and other major cities have been pulled underground by evil forces, and now the Victorian Gothic city sits at the edge of a large subterranean sea. Players start the game as newly-minted “Unterzee” captains, and get to choose their background and victory goals right at the start before setting sail. While unforgiving and text-heavy at times, Sunless Sea challenges players and draws them back in with its numerous secrets and discoveries. While it originally released on PC a few years ago, Sunless Sea recently came out on PS4 as well, with the Zubmariner DLC included. 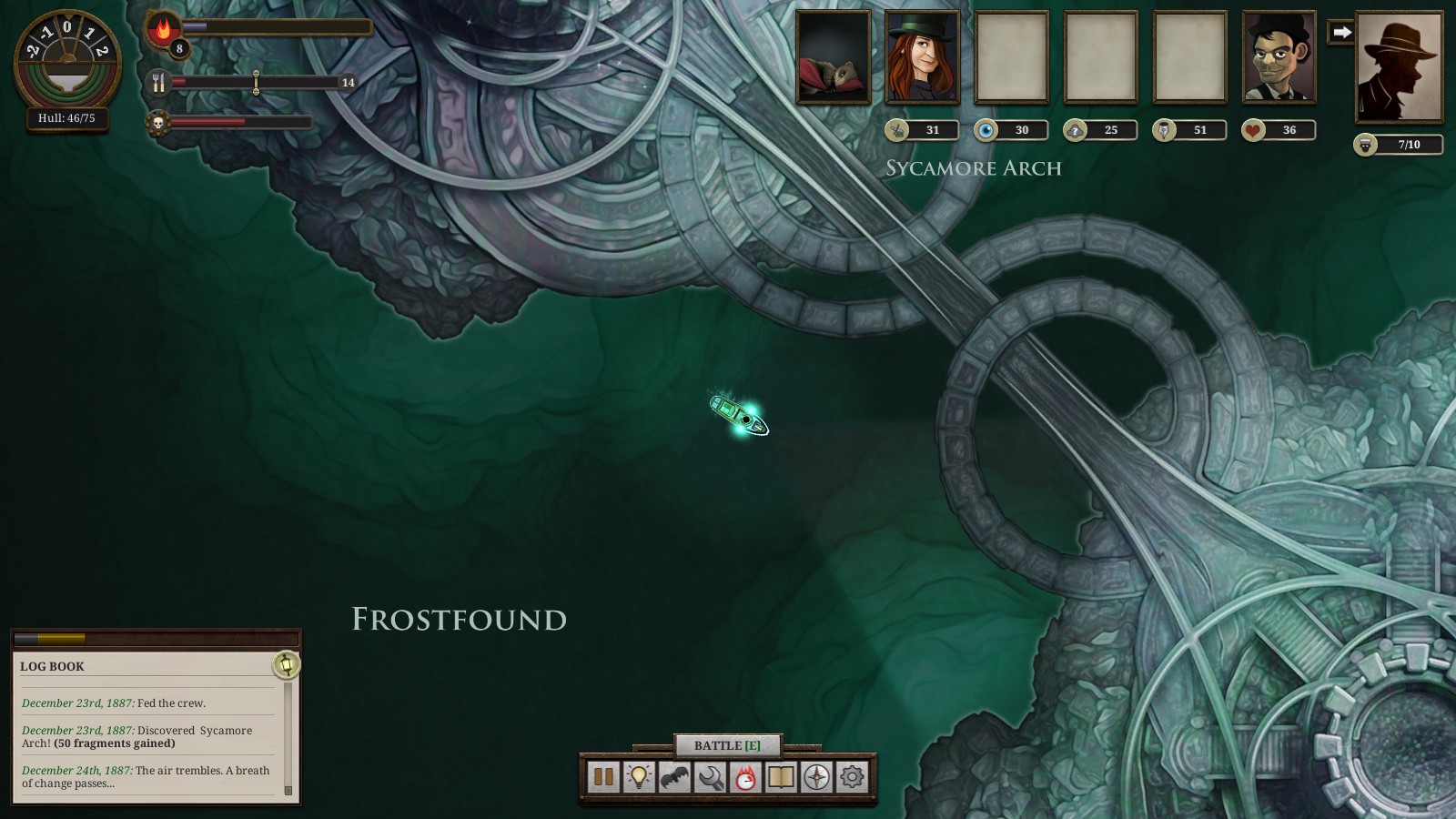 Players can make attacks and lose their ship to enemy combatants including monsters, pirates, and other ships. If your captain runs out of supplies, cannibalism is brought up as an option. Almost no blood or gore is shown, but the text description is detailed. Crew members can also be lost to violence at sea or in port if an event goes badly. I had crew members eaten, stabbed, shot, pulled overboard by tentacles…if you can imagine it happening in a Lovecraftian story it can probably happen in this game.

Wine and other spirits can be found as loot or given as rewards. Some quest-givers ask you to find certain kinds of spirits to bring to them.

In the right settings, players can spend the evening with an NPC, and even gain a sweetheart. Players can also get to know their officers, and if they know them well enough, propose to them. Nothing is shown. 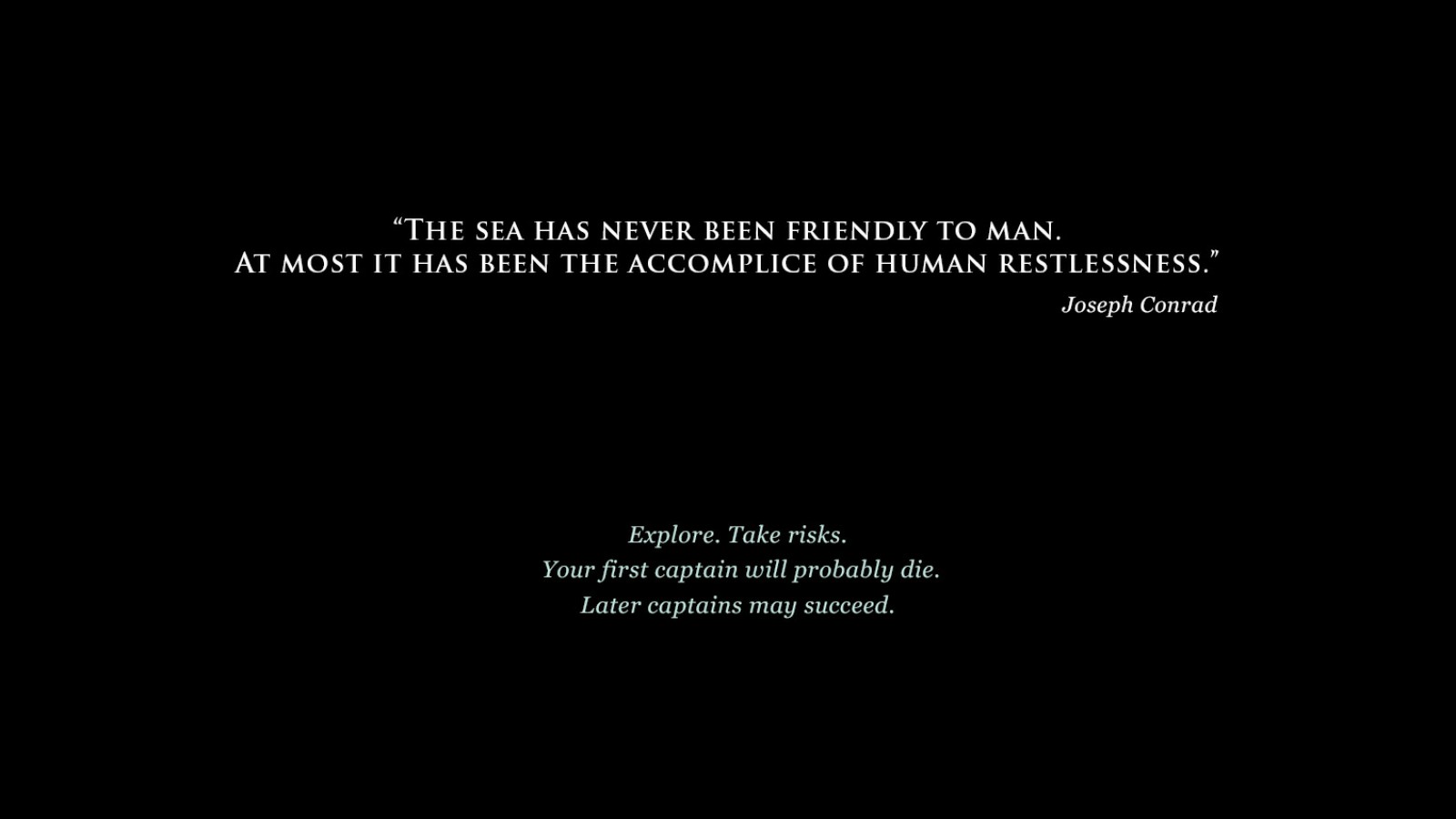 Starting out in Sunless Sea can feel daunting for first-time captains, but the game hits you with the cold hard truth right from the beginning, “Explore. Take risks. Your first captain will probably die. Later captains may succeed.” While a little bit of it may come down to luck, a lot of the game has to do with resource management and making choices. Every single choice a captain makes can effect the game and your crew, for better or worse. The game is a classic example of “nothing ventured nothing gained,” in that you could just eke out a living making short milk runs in safe waters, knowing that very little bad might happen to you in-between ports, where the game auto-saves. Or you could push out into the darkness, and find out what the sea has to offer. Doing this means you’ll have to make sure your ship has fuel, and your crew has food supplies (or they may turn on you) – but you also have to manage your terror level. The higher it gets, the more likely bad things are going to happen to you or your crew. You can keep your Terror down by staying near shore, or leaving your prow light on, but the latter consumes fuel at a fast rate. Finding a good balance between keeping your ship well-supplied and your crew sane, while trying to make a profit, is the mark of a good and experienced captain. 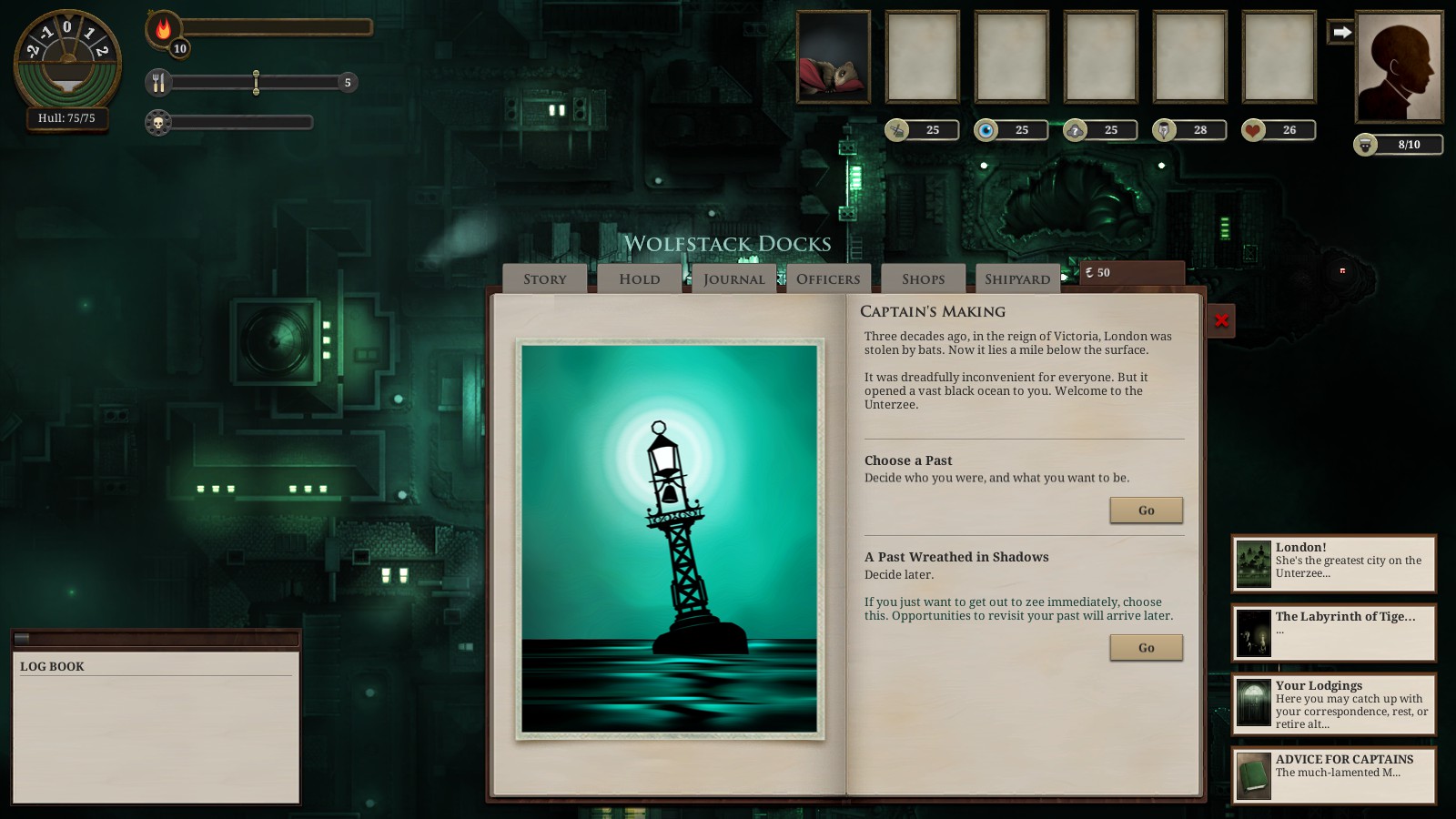 Starting out, you can choose your Past, and pick what you want your victory condition to be. 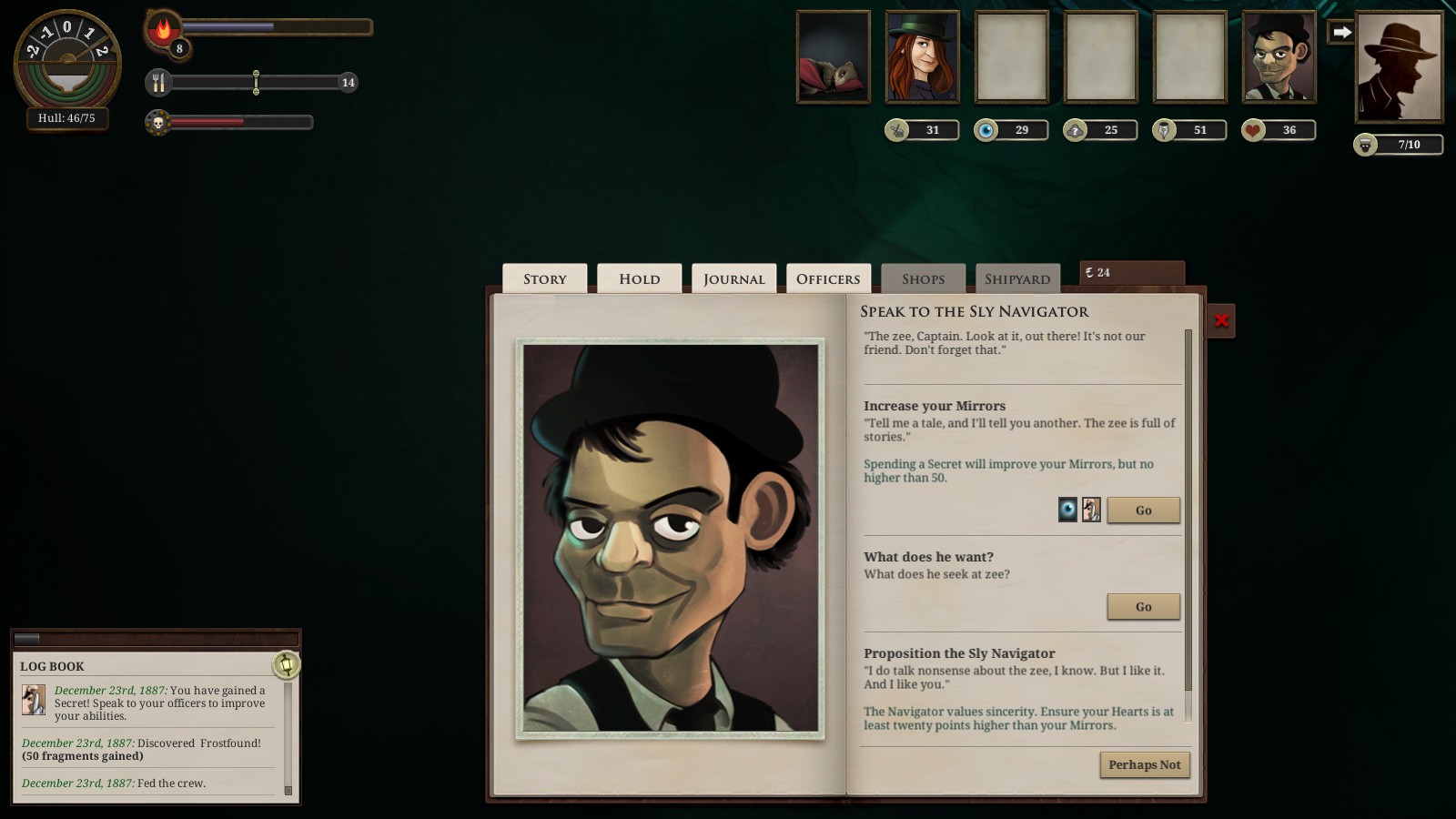 Talking to your officers, especially when you have secrets or certain items, can upgrade your stats.

When you’re not surviving or exploring the sea, most of what you will be doing is reading. Some events are repeatable if you go back to the same port again, but most of them are unique, and cover the full spectrum of drama. Originally, Sunless Sea‘s precursor, Fallen London, was going to be a text-only game, and you can see that as you click through hundreds of text boxes. While this might feel intimidating for some players, the menus and social interactions felt like an interactive book to me and were quite enjoyable. Sunless Sea even gives hints why different options are available or “locked,” and what items or events you need to have to unlock them. It doesn’t go so far as to tell the player how or where to get the things you need, but that would make it too easy. 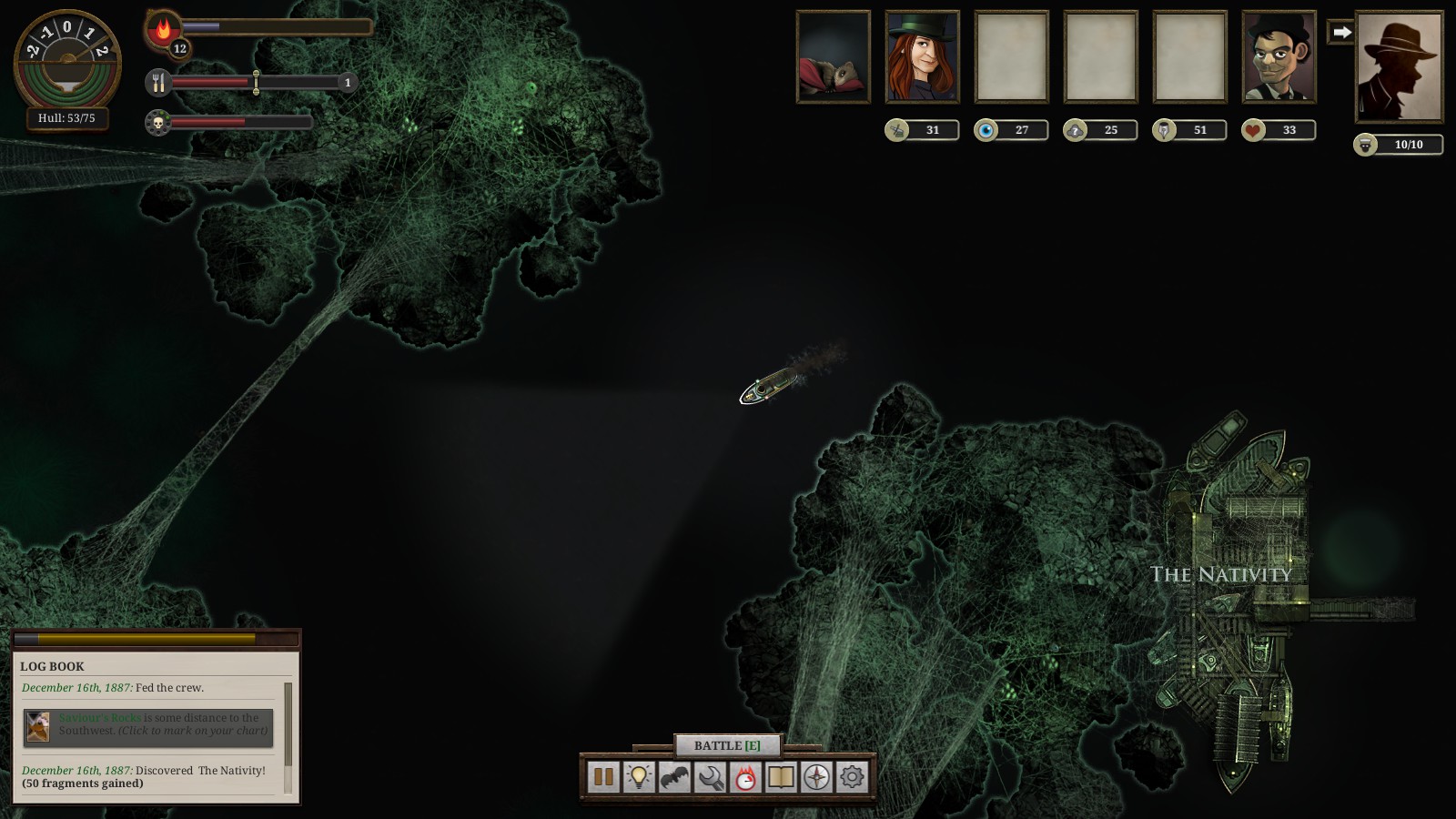 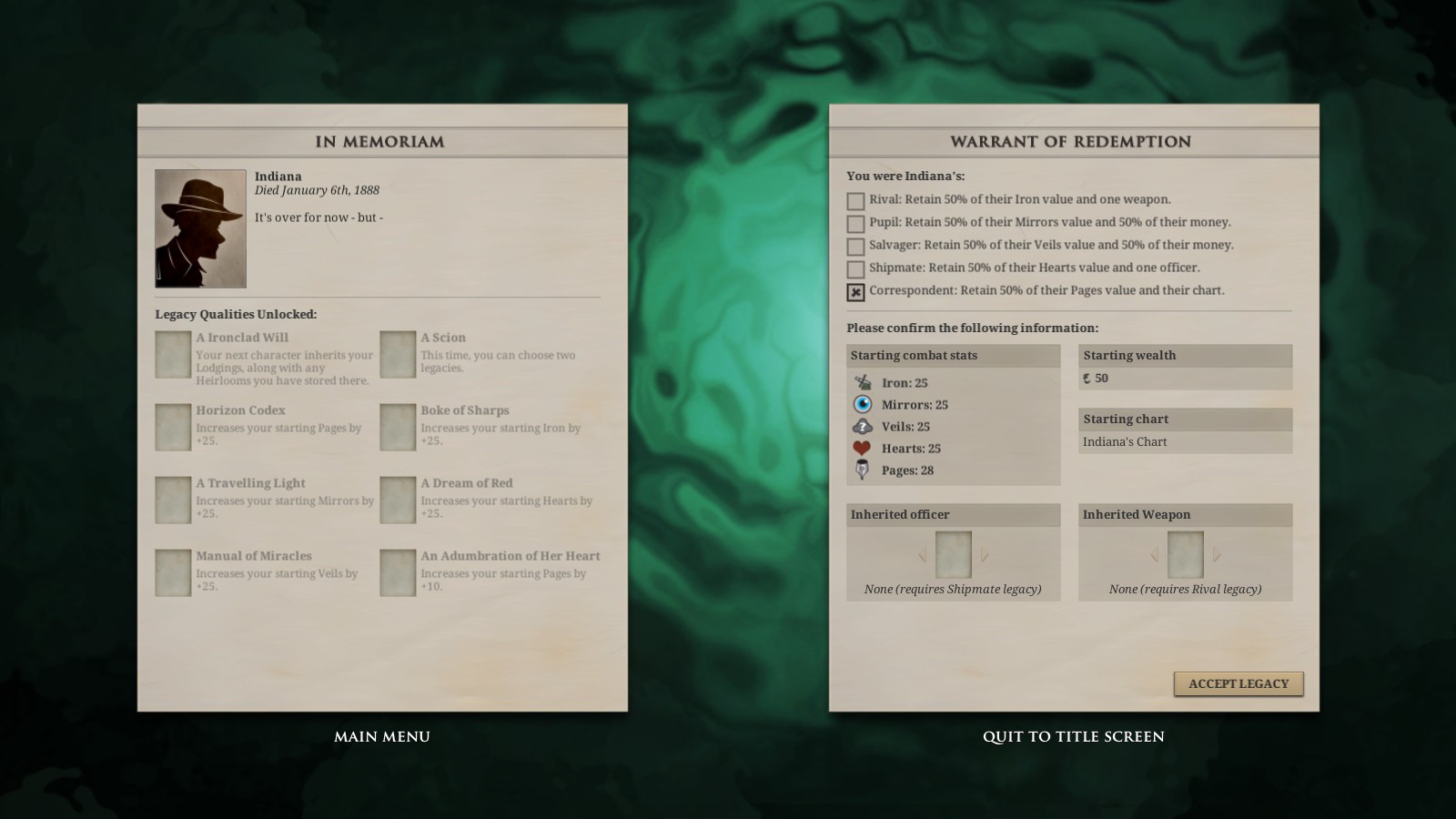 When your captain dies, you have the option to pass along something to a successor. While this doesn’t take all the pain of permadeath away, it can make it less painful to start over. Players can pass along officers, wealth, weapons, or their map. Since the islands and locales can and will move sometimes, you can’t rely on everything to be exactly where it was with your last captain, unless you pass along your map. While I would suggest trying many different successor routes, the map is always my favorite. You can turn on manual saves, but this takes away your Invictus Token – a badge of honor among captains who are able to finish their endgame goals with one intact. 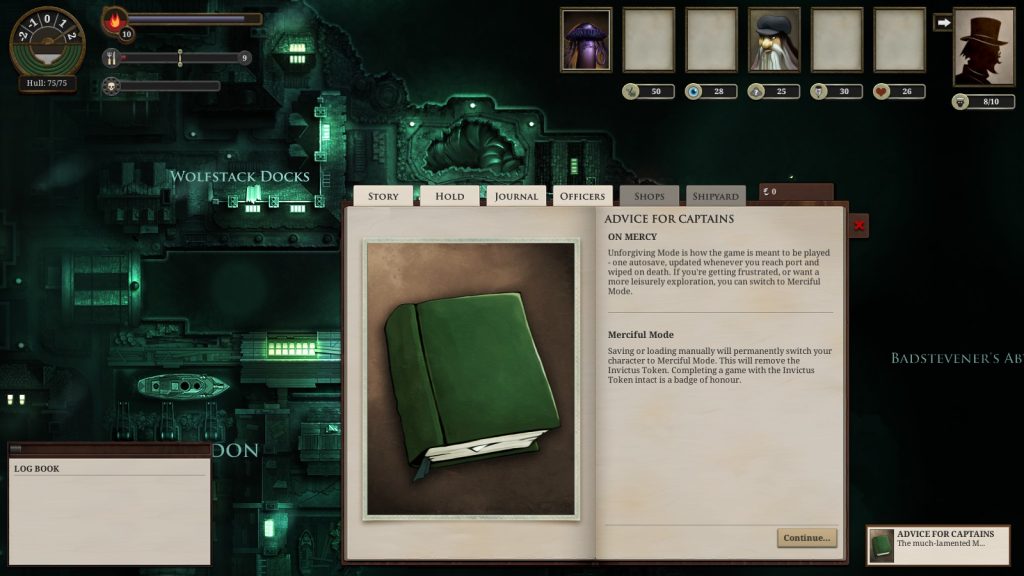 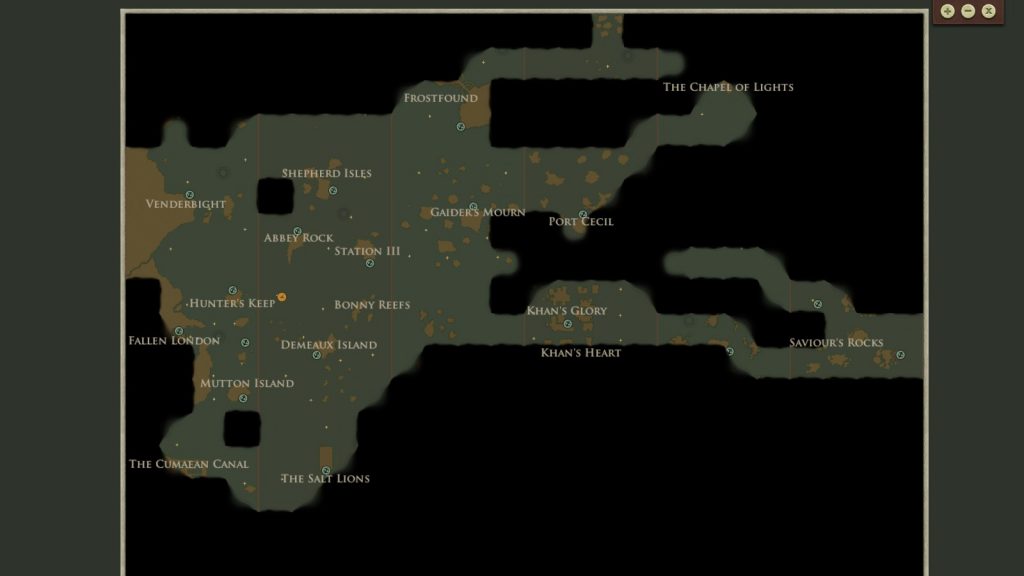 This map was passed down from Captain Indiana to Captain Henry Jones Jr., only has about a third of the sea mapped.

Ultimately, Sunless Sea is unforgiving with many hazards and secrets to encounter. Savvy captains will find challenges and work aplenty, but danger lurks behind every wave. I once left Fallen London with a cargo hold full of supplies and fuel, and after a couple bad encounters lost most of my crew – without at least half of your crew spots filled, you won’t be able to go at full speed or get many other things done at normal speed – and then I ran into a giant eel, who made quick work of my ship. Captains wanting to brave this sea need to be smart, lucky, and good readers. 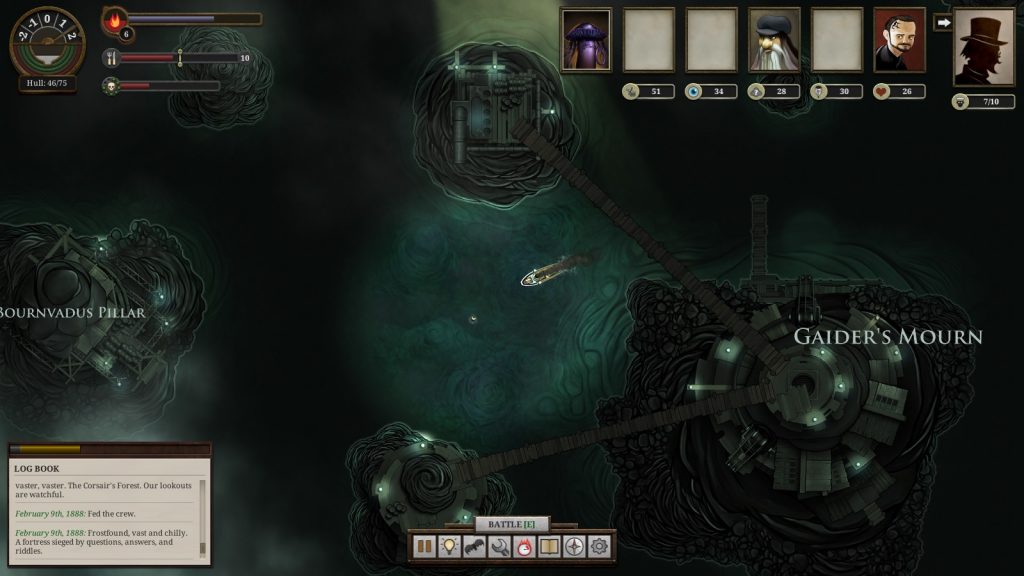 A unique setting makes this survival/exploration game stand apart from the pack, along with it's RPG elements. If the sound of well-written stories of captains facing the horrors of the sea piques your interest, look no further. Sunless Sea is a standout in a well-saturated genre.