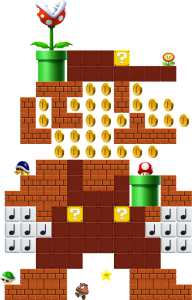 Few things capture the sheer joy of playing a 2D Mario game either by yourself or with others. And there is nothing more magical than having the tools to make levels yourself. Why wait for something from the Big N when you can have limitless possibilities at your fingertips with a few button clicks. Super Mario Maker 2 is a treasure.

Violence: If you have played a Mario game before, you know what to expect. You can jump on, fire blast, hammer, or claw enemies depending on what tools are given to you by the level creators.

Note: While this is an E rated game, that does not mean there cannot be higher rated content within due to the game’s nature. Seeing as a vast majority of the levels in the game are made by the community, there is a possibility you find something offensive. This can come from something written with the level creation tools or in one of the comments, which can be turned off. Any game with user-generated content can have these issues, but Nintendo is moderating levels, so this chance is slim. 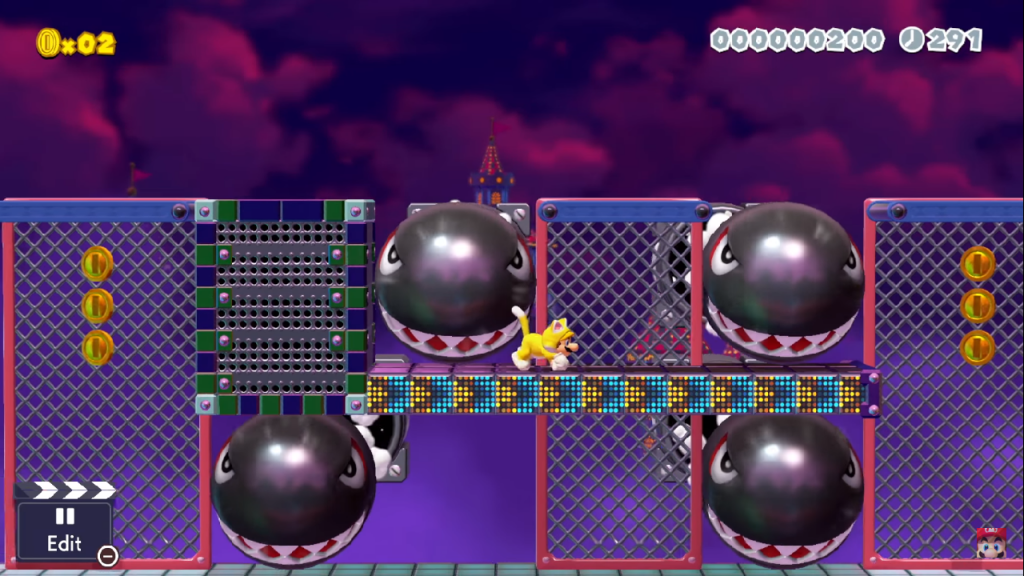 Every time a new Mario game is released, there is no shortage of excitement from both the casual and hardcore audiences. Mario is something that transcends skill level and ranges from being a fun thing to play with your kids to a white-knuckled thrill ride racing your own times to be the fastest there is. And nothing matched the excitement that came when Super Mario Maker came out in Fall 2015, This lead to 4 million copies being sold, making it the 7th best selling game on the Wii U.

For the first time ever, Nintendo was releasing creation tools for the public to make their own content in a completely legal way. You no longer had to go to a university or download expensive software to design courses of your own imagination. The possibilities were truly limitless. 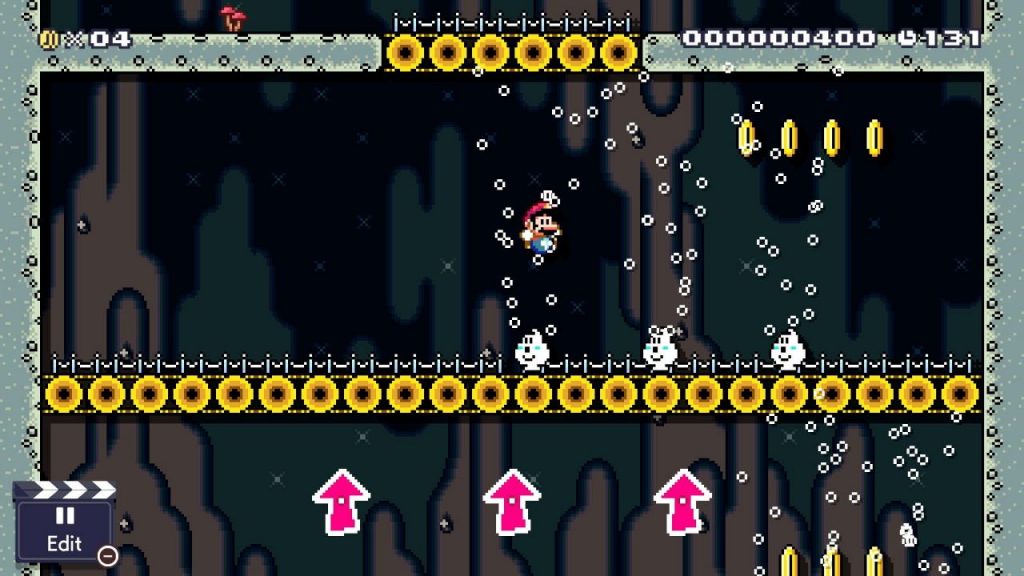 Needless to say, Super Mario Maker was an instant success upon release, and lead to an outcry for more when the Wii U’s successor, the Nintendo Switch, launched. Nintendo listened and announced Super Mario Maker in February of 2019 for a June release of the same year. With the promise of new features and the return of old favorites, this was a shoo-in for success. Super Mario Maker 2 is everything Nintendo promised it to be and more.

We start story mode with the restoration of Princess Peach’s castle thanks to the Toads’ hard work. All is well and right with the Mushroom Kingdom. HOWEVER, Undodog has come to play. How fun! Uh oh, he found the Reset Rocket! With a mere touch, he has undone everything the Toads worked so hard to finish. Back to the drawing board—the Toads recruit you to bring in more income so they can make the castle once more, and better than ever! 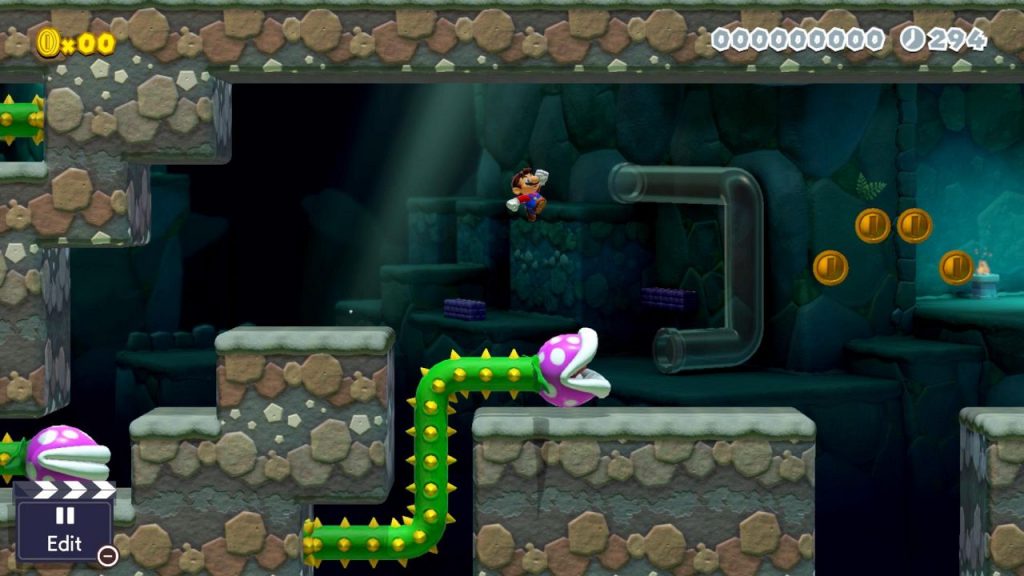 Story mode has 100 levels for you to play, ranging from easy to super expert levels of difficulty. Each one of these levels has a unique twist on platforming that should ignite your sense of creativity. While most are based on getting to the goal, some of the best ones limit you on what you can do. One of my favorite ones restricts you from jumping. Since one of the core tenants of this series involves this, it is one of the most tempting things to resist as the level mechanics will carry you to platforms that would normally require you to jump. Anytime there is a new clear condition, I get giddy and anxious, wondering how it will shatter my expectations of what kind of Mario level I can make myself.

In the Make mode, you are given every tool asset from the story to make your own levels as the title implies. Pretty much everything from the predecessor, and some more. The game styles of Mario Bros, Mario 3, Mario World and Mario Wii U are all back with a new friend: 3D World. All of the assets of the first four are easily transferred between each other and not much is lost if you switch between them 3D World on the other hand, is its own separate thing, because everything is rendered in a different fashion; you have to redo everything if you make your level there but decide it would be better in another style. So you must be absolutely certain if you want to make it with those assets. Even though it is named 3D World, it is still only playable in a 2D fashion. While the new style is neat, the real main attraction addition to this game is multiplayer. 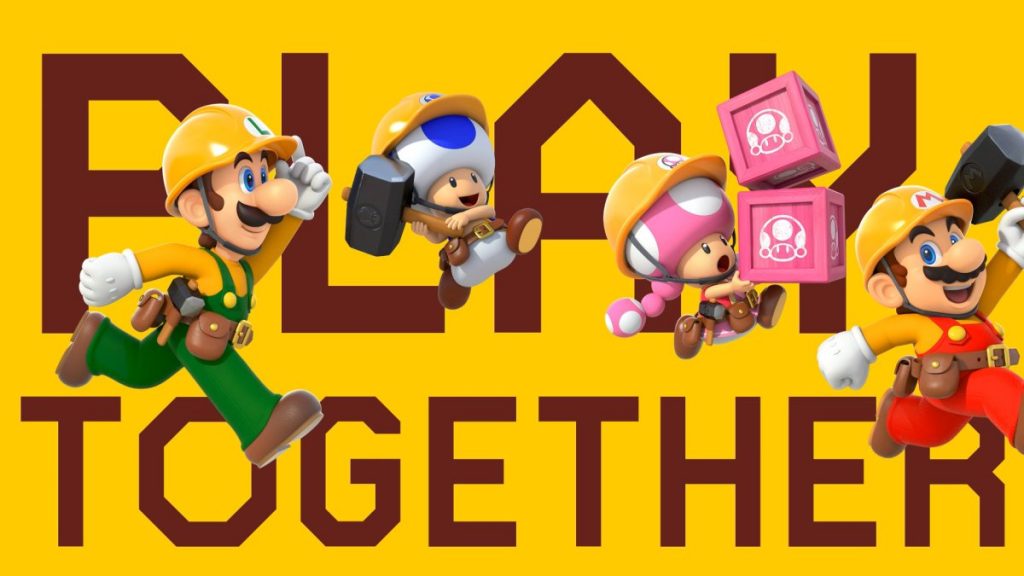 Multiplayer is the new kid on the block and he is one popular guy. With your Nintendo Online membership, you can race or cooperate with three other players from around the globe. In versus, a randomly-selected course is picked, and you must race other players to the goal. Once a player reaches the goal, the winners and losers are either given a rank, or it is taken from them on a scale from D to S. The problem with the computer picking the level is that sometimes levels are not always suited best for a competitive style of play. There are often levels that are best suited for a singular player. This is especially true for the puzzle-based ones. I personally believe that the straightforward platforming stages or the ones where each player is given their own section to beat are the best ones.

Cooperative levels are mainly the same, except the difficulty of the level is chosen by popular vote among the players. These courses are typically the usual levels you would find in the story. There is no life limit, but you do race the clock like in versus. If progress is made, players share it. If you hit a checkpoint, everyone can spawn there instead of the start or you can spawn on another team member. It certainly makes things easier if you are not as skilled as everyone else. The biggest headache about this mode is that there is no way to communicate besides preset messages that are no help when you are trying to get something across. When everything comes together, however, it makes for a great romp. I cannot wait for the friend lobbies so I can voice chat with them on Discord. I know there is local wireless at my disposal, but it is rare that I am in the same room with my friends that also have their Switches with them. 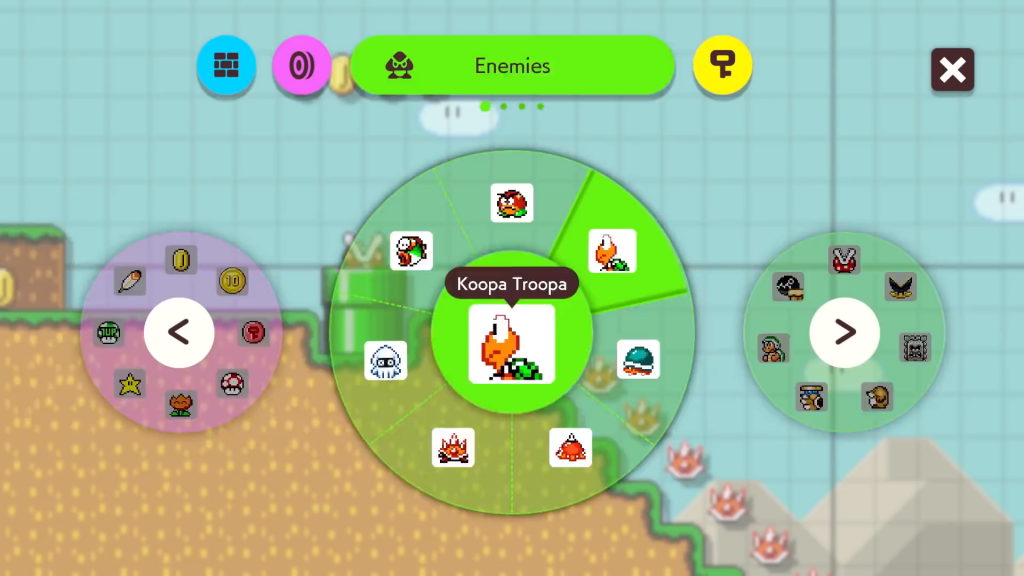 Overall, Super Mario Maker 2 is everything you could want from a creative suite. If you want to play only things made by others, you are covered. If you want to troll the living tar of everyone online, you have sixty-four slots to fill in uploads. No matter your 2D platforming fancy, this game has you covered. I cannot wait to play more and see what the community comes up with. Now if only the friend lobby update could be here sooner.