There’s no escaping it: as of right now (2021), when gamers hear “cyberpunk,” they likely can’t help but think of the oft-maligned Cyberpunk 2077. While I enjoyed my time playing the stable next-gen version of that game, I recognize that those who tried to play it on last-gen machines got burned. I understand if you reflexively pull back at the idea of playing another cyberpunk-themed game right now. But if you’re still interested in discovering a new cyberpunk gaming world, I have good news: The Ascent, a brand new isometric cyberpunk shooter from developer Neon Giant, is here to scratch that itch, and it does not disappoint. 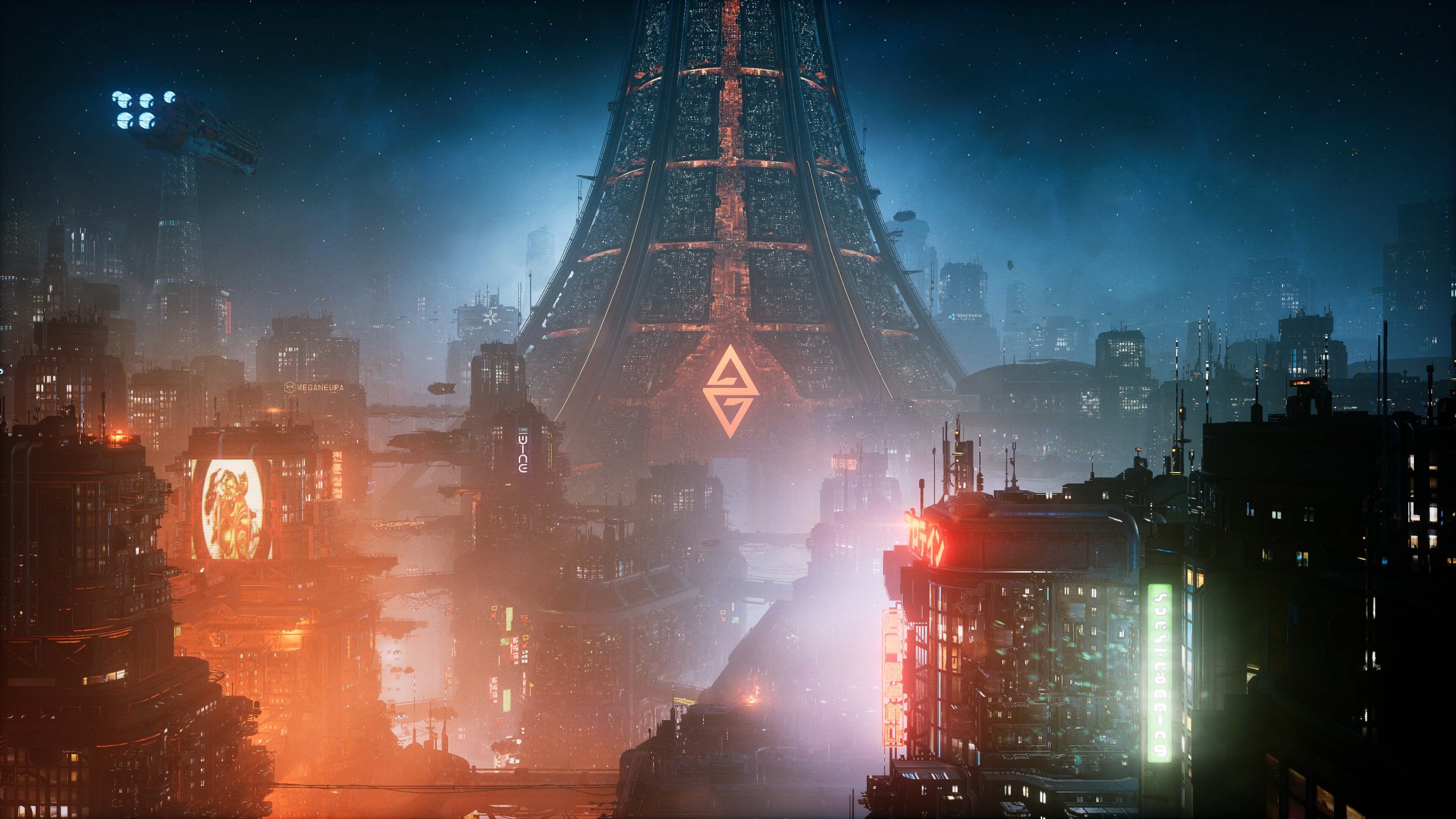 Violence: Characters wield a variety of guns and blades against their adversaries. When characters die, they usually leave blood splatter on the ground, but some weapons can even cause them to explode into meat chunks. The camera almost always stays high above the ground, so the blood and gore never overwhelms the experience, but it’s clearly present nonetheless.

Drugs/Alcohol: Numerous bars appear throughout the game world, and a few patrons can be seen stumbling about from having imbibed too much alcohol or even vomiting on the floor. One sidequest requires you to smuggle steroids to a gym.

Language: The denizens of Veles prove quite the foul-mouthed bunch, as words like f**k, s**t, and b*****d can be heard (or read in dialogue boxes) regularly.

Sexual Content: Holographic projections show women performing some suggestive dances. The game contains a spa in which men lounge in their underwear. One of the game’s hub areas, called Stimtown, is home to a strip club. A few racy jokes appear as well.

Other negative themes: most of the game’s sidequests task you with morally objectionable jobs, such as drug trafficking, theft, and assassination. 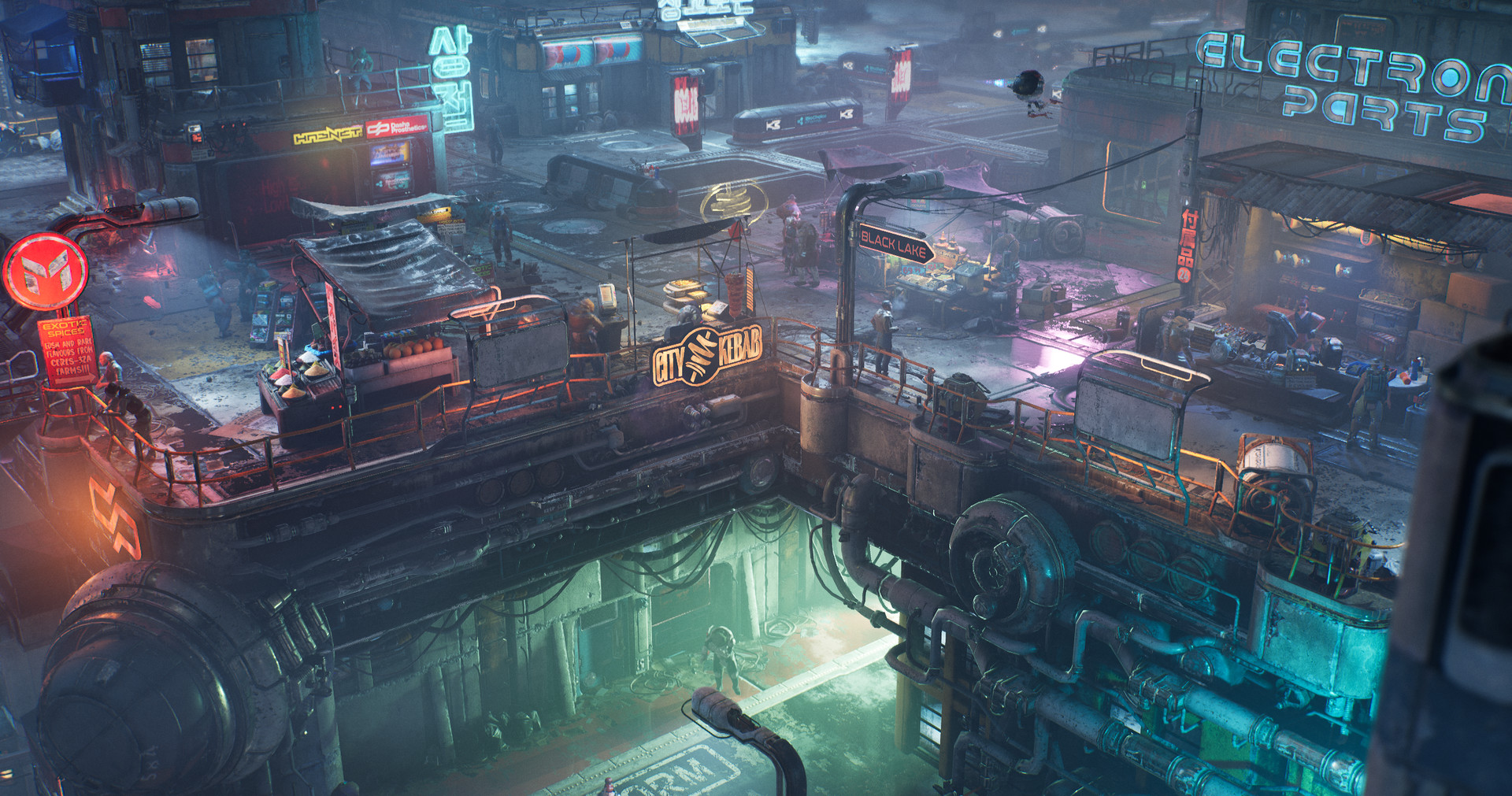 You begin the game as an indentured contractor for the Ascent Group, the megacorporation that practically owns almost everyone in the massive arcology on the planet Veles. One day, as you perform menial tasks for the corporation in the stinking depths of the city, the media announces that the Ascent Group has suddenly collapsed, leaving everyone’s status up in the air. What follows is a tale of political and corporate intrigue, as contractors attempt to secure their livelihoods, rival corporations scheme to take advantage of the shift in power, and you delve into the mystery behind the Ascent Group’s sudden demise.

I like the story’s setup, but unfortunately, the plot fails to deliver. While the mystery of the Ascent Group’s collapse deepens, its resolution feels anti-climactic. It finishes with a tease for more story content down the line, but it never hooked me. The characters, though, are another matter. The main characters—aside from the player character, who is mute—boast excellent voice acting, and the dialogue is witty and humorous. Each one adds a distinct flavor to the storytelling, from the crass small-time warlord Poone, to the chatty alien hacker Noghead, to your bloodthirsty personal AI. Their contributions kept me engaged when the plot itself fell flat. 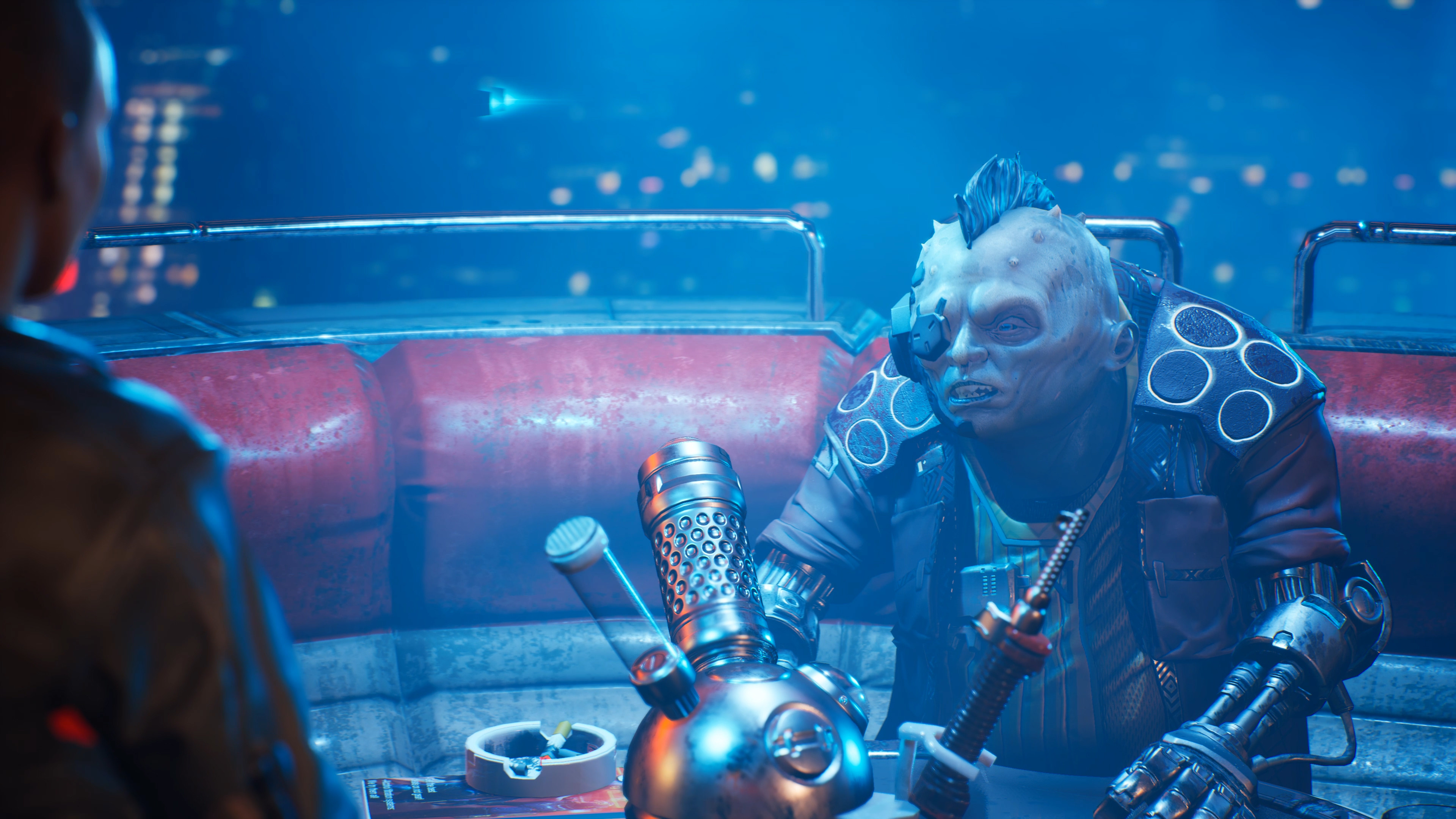 But regardless of the ups and downs of the storytelling, the game centers its experience on its isometric twin-stick shooting, and thankfully the gameplay shines. Movement and gunplay is slick and responsive, providing plenty of meaty feedback for your actions. You also have unlimited ammo, which means you never have to worry about letting loose during a firefight; even secondary items like grenades and deployable turrets are infinite, although they operate on a charge meter that fills up as you gun down adversaries. 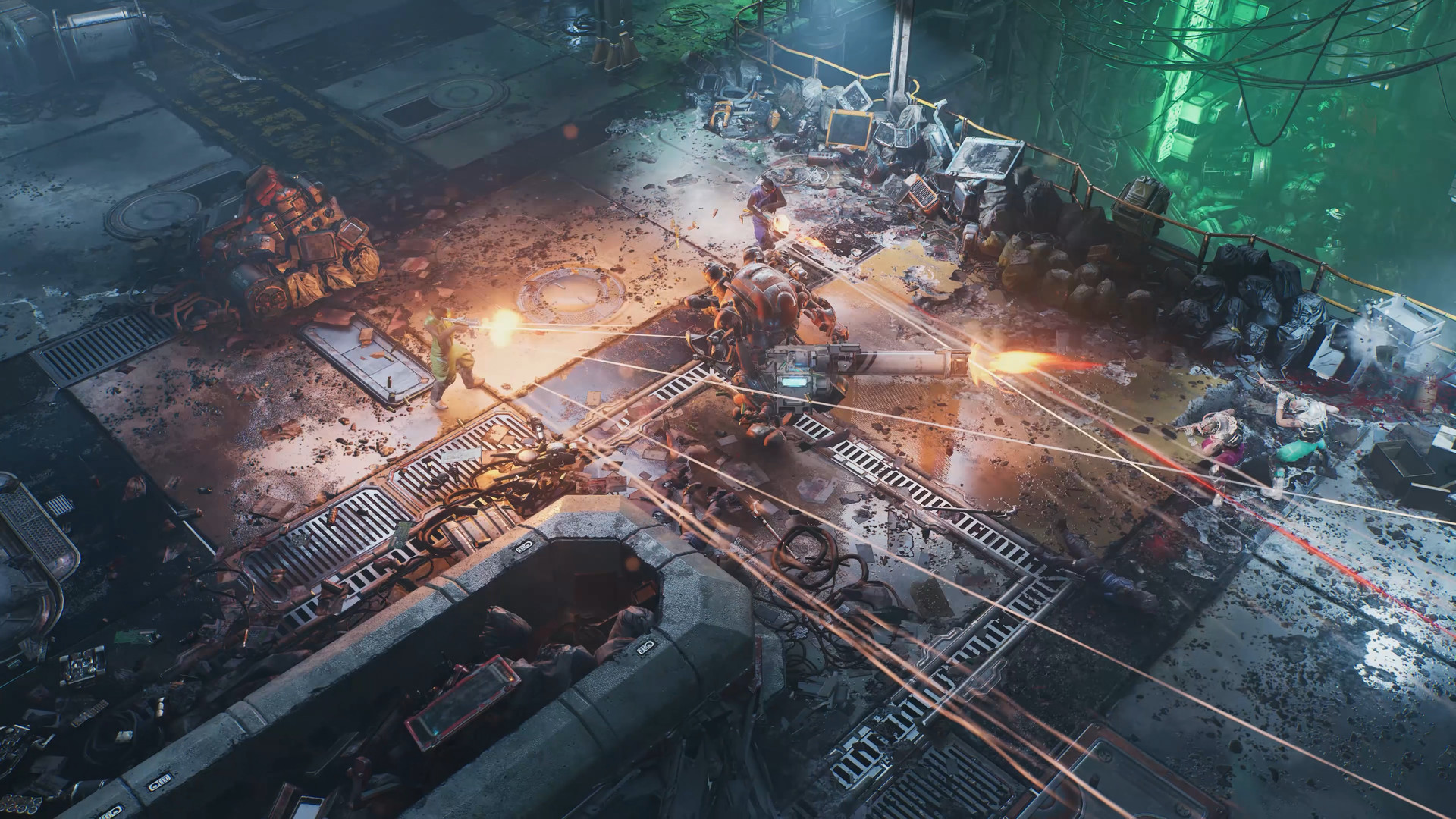 Different guns are more effective for either organic or robotic targets, and the game supplies range and fire-rate options for both types. While some weapons can only be purchased from stores—particularly heavy/explosive weapons, including a flamethrower that I became quite fond of—most of them can be picked up off of dead enemies, and any of them can be upgraded. For most of my playthrough, I stuck with just a few weapons that I obtained early in the game and upgraded whenever I found the necessary materials. Although I wish the game contained some way to incentivize players to try new things, I appreciate the flexibility that this system provides, especially since you can sell all the guns you don’t need. 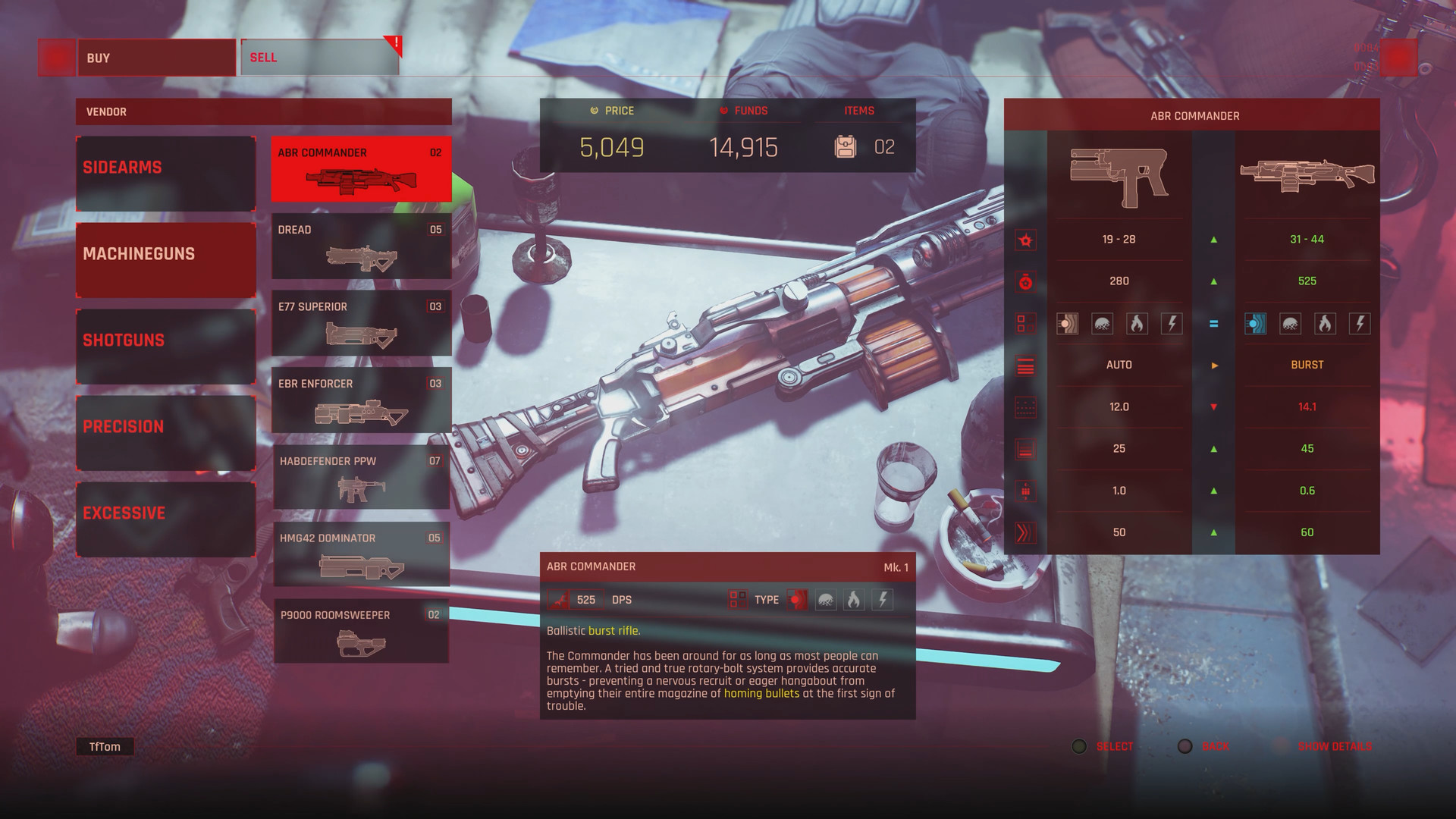 Other customization options add even more depth to the gameplay. Do you want to chuck grenades, set up turrets, or deploy health regen fields? How about marking your enemies to explode upon death, or sending out hordes of spider drones to seek out and destroy them? These are just a few of the tantalizing special abilities that the game has on offer, and I loved experimenting with them and finding the right combinations to deal with enemies. It became important to survival, too; this game can get tough during some of the later missions, especially a couple main missions that force you to hold out against waves of enemies for a set amount of time. Picking the best abilities for your playstyle can be the difference between life and death. Of course, since I played the game solo, I was very limited in the number of gadgets I could utilize during battle; those teaming up in co-op play can synergize a wider variety of powerups. 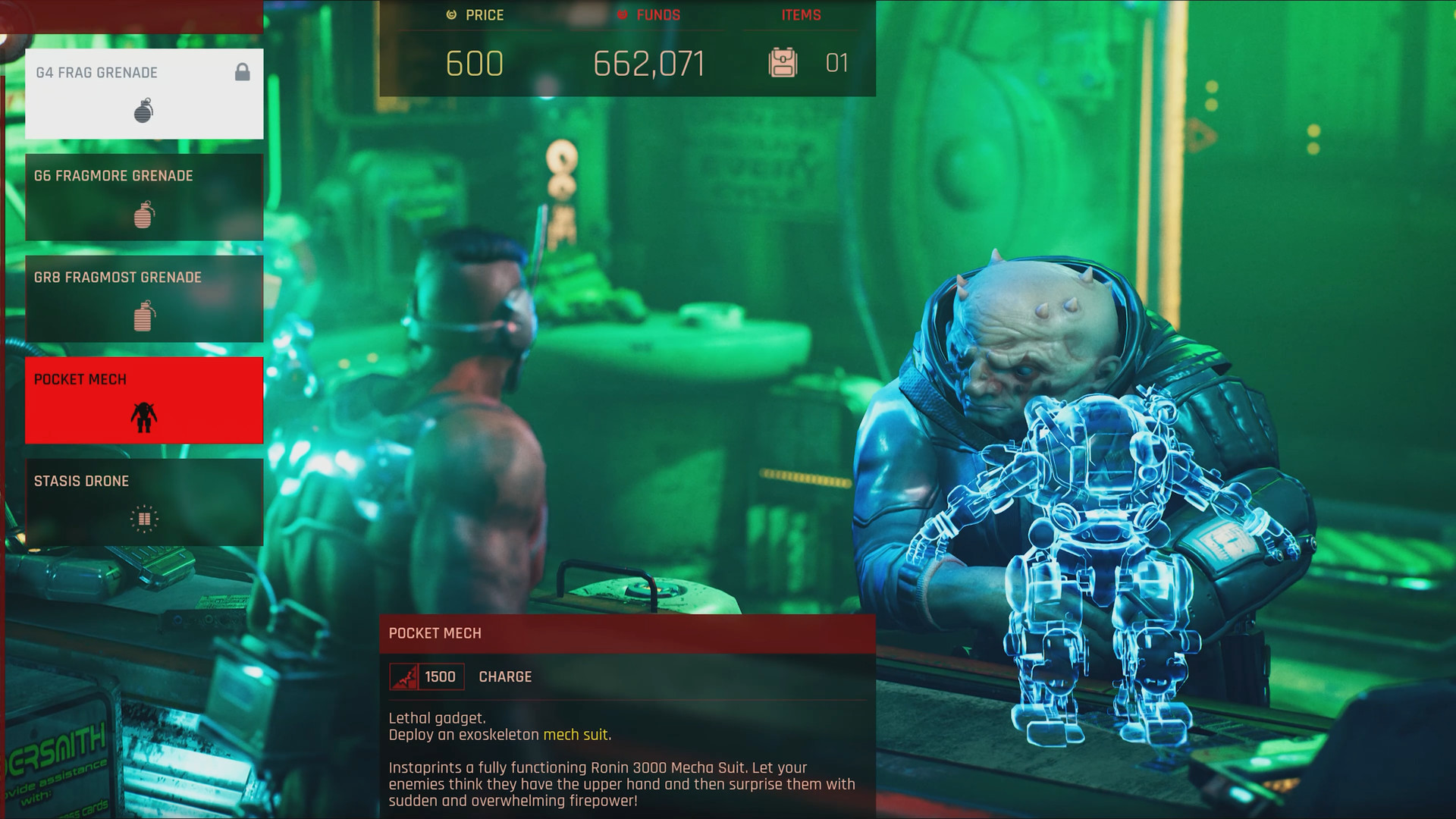 The Ascent delivers an absolutely stunning environment in which you can wreak havoc. The arcology is brimming with detail and nails everything one would expect from a cyberpunk setting, from the neon lights to the detritus-filled streets to the advanced technology. The game’s visuals impressed me from start to finish, and especially considering that this is a relatively low-budget title. If this is the kind of presentation we can expect from small games going forward, we’re in for quite a treat in this new generation. 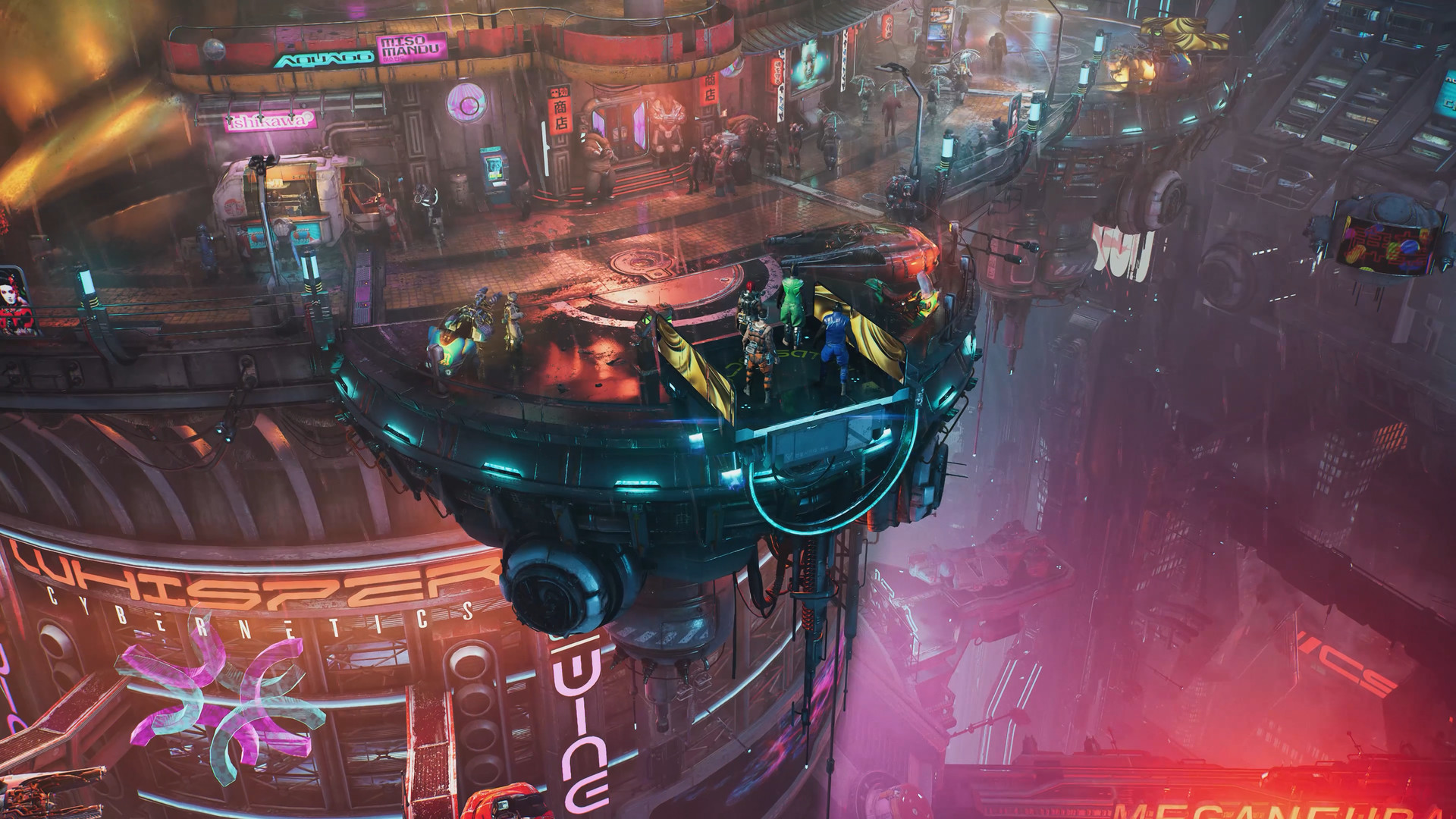 I did encounter two noteworthy glitches during my playthrough. The most significant one is that, on a few occasions, enemies would no longer spawn. At first I didn’t notice it, other than to note that I was having an unusually easy time navigating the game world; however, when I progressed to a mandatory miniboss, the boss wouldn’t appear at all and the way forward would not open. Fortunately I was able to solve the problem by exiting and then reloading, but because I hadn’t noticed the problem earlier, it gave me a bit of a scare. Afterwards, I was always wary when I stepped out of the confines of a safe area and headed out into the rest of the game world, checking the radar periodically to make sure that enemies were still popping up.

The second glitch would keep me from being able to return to the main menu while in the midst of regular gameplay. The prompt either wouldn’t work, or would take a long time. It was more reliable to exit the game entirely and restart it than it was to back out to the main menu. This is a minor issue, to be sure, especially since loading times (on Series X, anyway) are quite short, but between this glitch and the other one, it’s clear that there’s room for a little more polish. 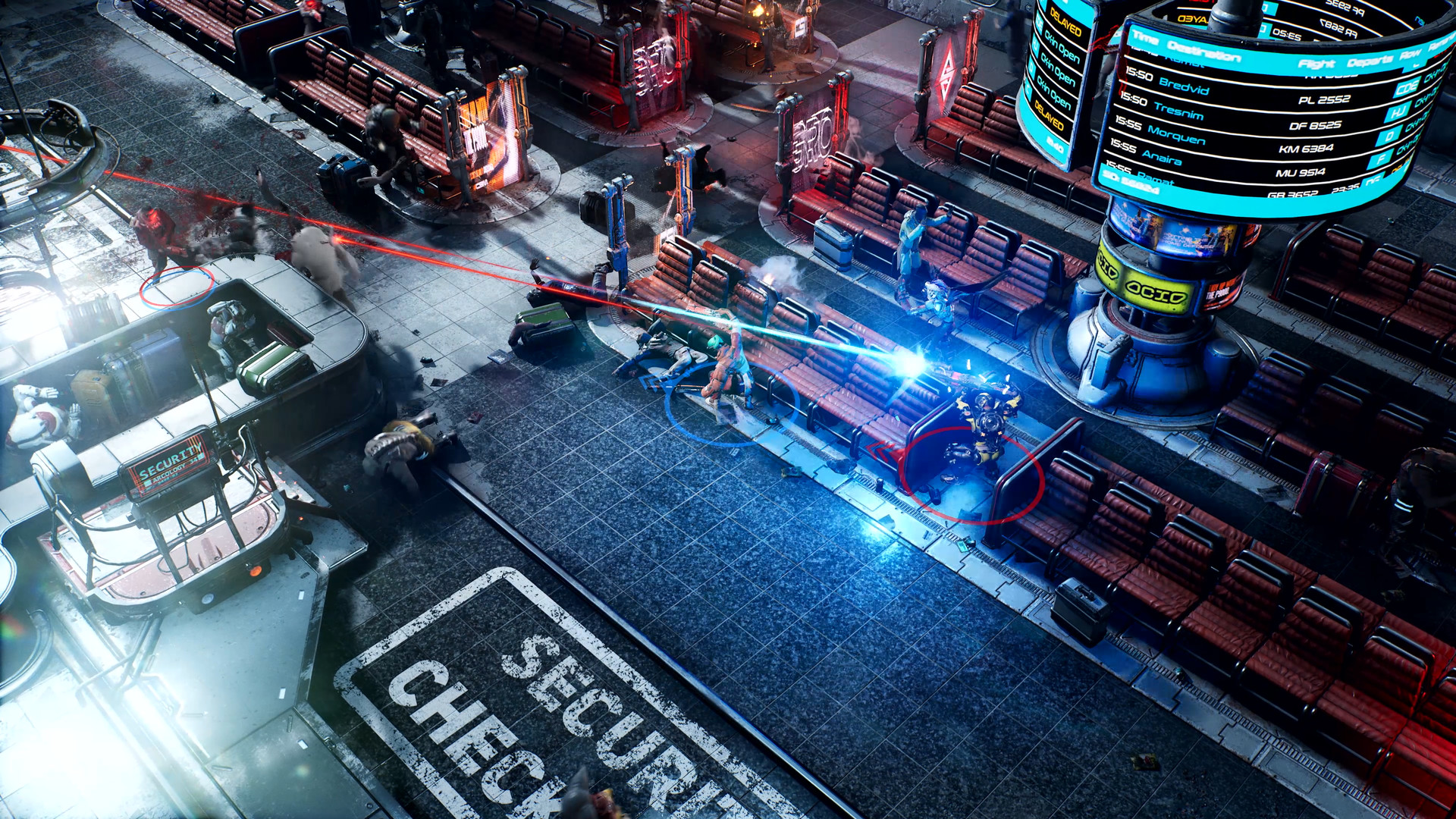 Despite these minor issues and the aforementioned subpar narrative, however, The Ascent is quite a treat. The slick action, gorgeous visuals, and flexible customization combine to deliver hours of high-octane fun, whether you’re playing alone or with others. This may not be one of the higher profile games of the new generation, but it’s not one you should overlook.

The Ascent delivers meaty action and gorgeous visuals in an imaginative cyberpunk package.