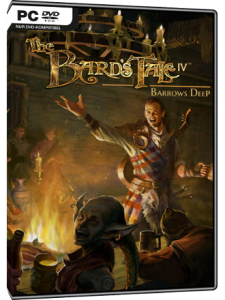 In this classic adventure fantasy, you and your party team up to put an end to the evil of the fanatical Paladins. Adventurers are being hunted down and purged one-by-one. Only you, the brave hero, can bring peace and order back to the realm.

Spiritual Content
The backstory of the game explains how the human gods, who closely resemble H.P Lovecraft’s Old Ones, go to war with the Elven and Dwarven deities. All of them are in the background of the game’s events. Priests and clerics draw their power from these gods.

Violence
Most enemies are dealt with through fantasy violence, including slashing swords, bows and arrows, and spells that set them on fire. Realistic blood stains are part of some environments and quests.

Language/Crude humor
The game uses language that would be heard regularly in an R-rated movie.

Drug/Alcohol use
Ales and liquors common in the middle ages can be used to buff characters.

Positive Content
The game is about good overcoming evil and constantly reinforces the virtue of courage. 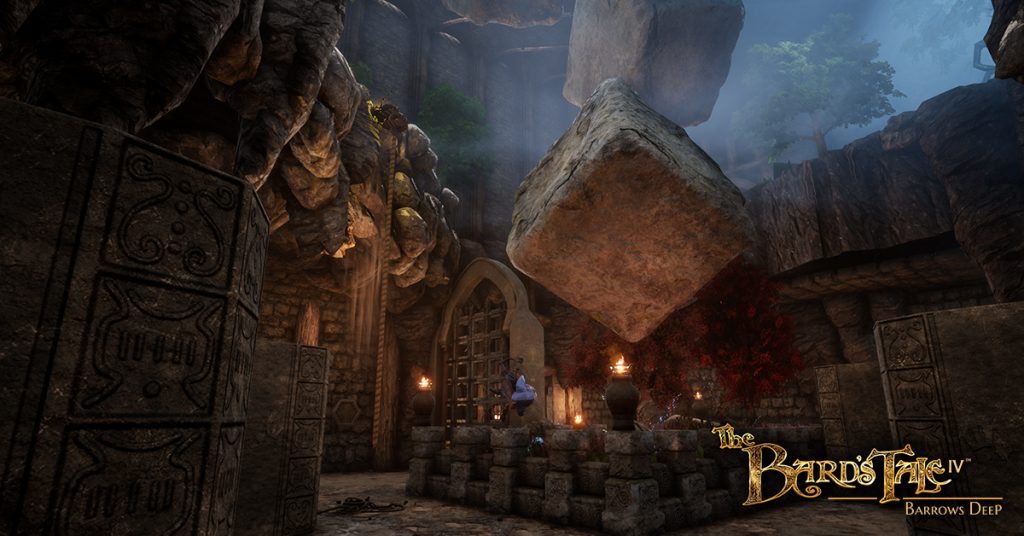 I’ve never played any of the other games in the Bard’s Tale series, so I went into this game with no expectations or previous knowledge of the series. As a result, this review can’t really account for things like accuracy and faithfulness to the series. That being said, inXile’s The Bard’s Tale IV: Barrow’s Deep is an RPG that has a lot of great detail and is fleshed out and well-polished.

Admittedly, there’s a lot of lore to learn if you’re new to the series, and the beginning starts with a lot to take in. But like a lot of RPGs (the beginning of Skyrim comes to mind), it’s handled in a way that doesn’t overload you with exposition and introduces the narrative in a way that’s engaging and dramatic. There’s a short introductory cinematic that catches you up to speed and quickly establishes what kind of world you’ll be playing in.

The plot of the game is pretty simple: you are an “Adventurer” and your kind—as well as the dwarves, elves and trow—are being persecuted by the Paladins of Skara Brae, blamed for the misfortune that’s befallen the city. You and your compatriots are forced underground to the ruins of the old city. Through crawling through dungeons, you have to figure out a way to free the people from the oppression that’s taken over. It’s a very classic hero’s story, and it works well in a game like this. The Bard’s Tale IV is, as the name implies, a story the bards of old might tell. It’s fantastic and grandiose in all the familiar ways. It’s the stuff of legends. 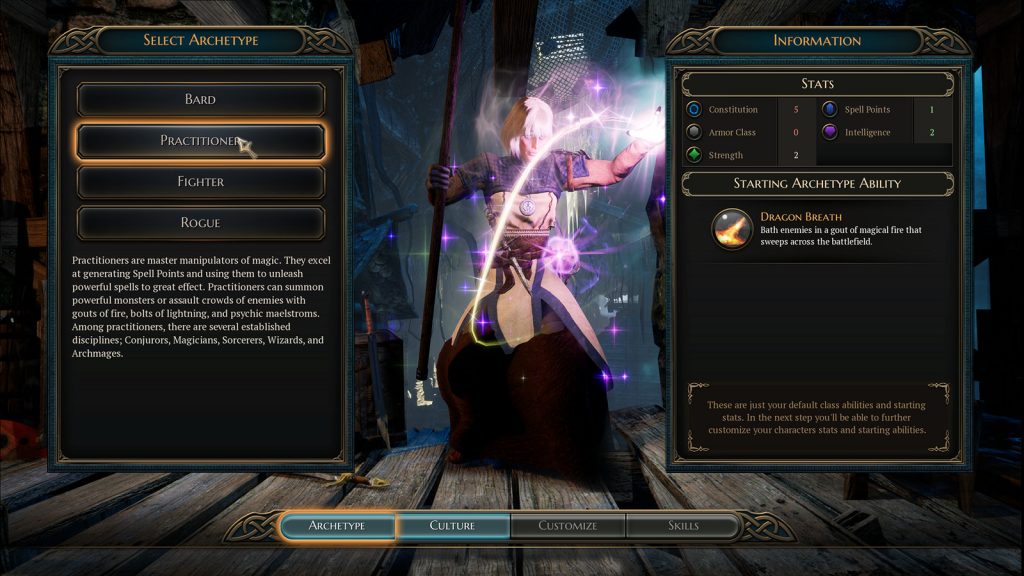 Call me crazy, but the game might subtly tell you to play a bard.

Similar to Skyrim, The Bard’s Tale IV takes place in a world of high fantasy. Most of the games’ races are human, but there are also dwarves, elves and trow (dark elves) and many job classes for each. The game offers a lot of customization. At the beginning, you create your own character, choosing from 4 classes: bard, fighter, mage or rogue. At first, this seems to be a limited spread, but the level progression opens up a lot of options. During my playthrough, I chose a rogue for my class, and the upgrades I made with leveling helped flesh out a unique character. Along your adventure, you will encounter others of different classes and races to help build your party.

The Bard’s Tale IV is a turn-based RPG, and for its simplicity, the combat is surprisingly complex, and perhaps the best part of the game. You, your party and the enemy are all fighting on a 4 by 4 grid. Each side has a limited number of actions they can take on one turn, and after performing all these actions, the other side takes their turn. I was impressed with how many options this gave to the battlefield. Because you’re fighting on a grid, certain attacks and spells can only be performed towards certain other grids. Combat relies heavily on positioning as well as skill set. It was both frustrating and challenging to find the right configuration of my team needed to win a fight.

One of the biggest selling points of this title is the atmosphere. The Bard’s Tale IV is a game that’s rich with it. Every place on the map, every character interaction, and every piece of music suggests a world high in magic and intrigue. Even when you load a save, the game presents it as a bard picking up the story where he left off. It feels as though you’ve actually been transported to another world. I’ve mentioned in previous reviews how games that don’t take themselves too seriously can be an advantage; this game is the opposite. It’s because The Bard’s Tale IV takes itself so seriously that we as gamers can be totally enveloped in the world. 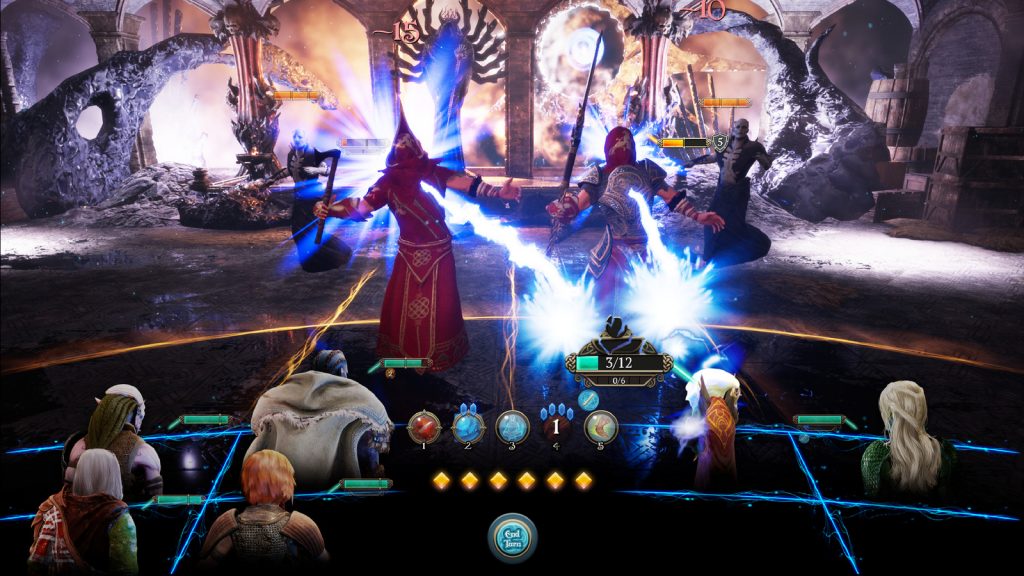 There are a few minor gripes I have with the game: the inventory system is a little hard to manage when you have a lot of items to go through, and the game uses save points instead of being able to save from the menu. But it’s not enough to detract from the experience. A Bard’s Tale IV makes you feel like a hero, and that’s the game’s biggest accomplishment.

The Bard's Tale IV is a game that puts "fantasy" in fantastic. With its rich atmosphere, charming visuals and medieval aesthetic, it affords a deep gaming experience. Newcomers to the series will find this game fresh and exciting.