This one is necromancer, five-claw 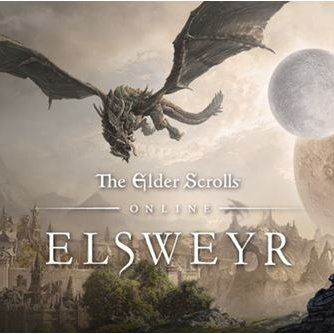 After the Morrowind and Summerset expansions, The Elder Scrolls Online launched its 3rd expansion Elsweyr on June 4th, 2019. As an ESO veteran, I am excited for its new content, which includes the land of Elsweyr—the homeland of the Khajit—along with dragon battles and the new necromancer class.

Violence: Fighting against enemies is a major part of the storytelling, but no intense violence or gore appeared in either gameplay or cutscenes. You use various melee weapons, such as swords and axes, against your foes, as well as spells of various types.

Spiritual Themes: You will encounter various temples, shrines, gods, and spirits through main quests, side missions, and the in-game environment. Magic and spellcasting are tools that you can use in combat.

Positive Themes: Teamwork is still highly valued and recommended for running quests and dungeons. It is better and more fun to play together.

There is a pre-expansion quest which prepares players with background story explaining why Elsweyr is in danger. When you start the expansion, the storyline picks up right after what happened in the pre-quest. However, I found the main quest underwhelming compared to the hype and high expectations. The gameplay loop is stale and predictable; you talk with many characters, fetch some items, visit some delves and dungeons, kill some enemies, and finally hunt down a handful of dragons. Honestly, it is not super exciting or memorable as a whole.

Okay, how about side quests? Elsweyr succeeds in always making you feel like you have plenty to do and people to help. One of the most interesting stories is about the returned character Razum-dar and his family farm. Its investigation not only makes various character development deeper, but also changes up the predictable fretching-and-killing gameplay by adding some lighthearted entertainment.

The art and music are the most enjoyable parts of the expansion. The architecture is greatly influenced by central Asian culture, like Indonesia, India, and Thailand. Its music is reflected by its culture and fits the environment. The map size is not necessarily bigger than previous expansions of Morrowind and Summerset, but due to the vertical designs players can explore landscape of mountains, bridges, campsites, and hide-outs.  Often I found that when I thought I had reached the end of the road, I suddently found a secret uphill path which opened up a new area for caravans, monsters, and quests. Thanks to this combination of art, music, and environmental designs, I enjoyed my solo and multiplayer adventure in Elsweyr much more than ever.

Delves, dungeons, and raids are considered regular content in every expansion. There is nothing outstandingly new there, but the maps appear to be more spacious with both layers and enemies location. Skyshards and lorebooks are scattered, some easy to spot and others more obscure. Reading books from bookshelves usually raises your skill level in the base game, DLC, and expansion contents; however, I haven’t found many helpful bookshelves in Elsweyr, which seems odd in a culture which treasures traditions and knowledge.

All the five-claws (a common in-game slang term for he Khajit) are generally very kind, polite, friendly, and respectful in handling themselves and others. I enjoyed all the humble creatures, and the well-written  dialogue. For example, rather than using a typical pronoun like “I” when speaking to others, a Khajit would refer to himself as “this one” or “five-claw”. It is interesting to imagine that they are too humble to even mention their own names.  It really helps to immerse me into the great in-game cultural atmosphere.

Necromancer, the new class and one of the expansion’s chief selling points, is well-constructed mechanically and well-explained as part of the ESO universe. You can be a tank, a damage dealer, or even a healer with different builds of health, stamina, and magika. The previously introduced Warden class healer is a little more effective than the Necromancer healer, although the latter allows you to revive three allies, which comes in handy when fighting against strong bosses.

Dragons are beautiful to view, easy to admire, and fun to fight. The dragon icon on the map indicates where one can be located and whether it is engaged in combat. I enjoyed fighting these challenging, epic beasts with others, and of course earning great loot in the process. Be careful not to get too confident rushing in blindly, for each dragon has it own mechanic and they can kill you with one hit if you are not mindful of your surroundings.

Elsweryr is not without its flaws, including the aforementioned main story as well as an occasional lagging issue that appears when traveling from wayshrines. Nonetheless, it is overall a great expansion to The Elder Scrolls Online. You will surely enjoy it if you are an ESO fan, and the new class will keep you busy on experimenting with your favorite build for a while.

You will surely enjoy it if you are an ESO fan. The new class necromancer and dragon will keep you busy for a while.