I try to “explore” my Steam queue once per day if for no other reason other than I have once seen an image that a random internet user posted on a message board demonstrating that they had voted on all games in the Steam library. (Wow!) I encounter The Hive, and it looks interesting, with some of the user reviews claiming that it is inspired by the Zerg of StarCraft lore. I give it a pass without marking “not interested.” The next day, The Hive appears again, and I laugh, because with all the games on Steam, experiencing a “repeat” in consecutive days of this happening. Who am I to turn away such persistence? 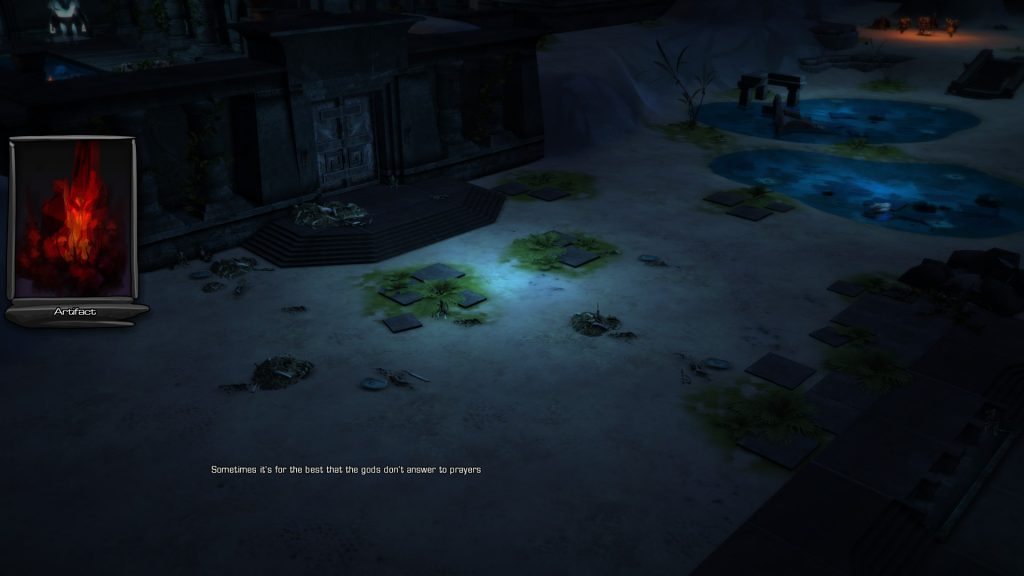 Violence: The Hive is as gruesome what happens when one finds a spider in their room at bedtime. It either lives to spin webs another day or dies by shoe or broomstick. What remains of the arachnid after the intervention of an inanimate object sometimes delivered via projectile is precisely the intensity of the graphic depictions. 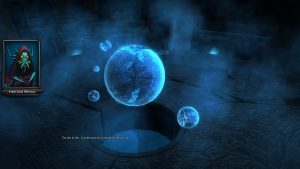 Some artists portray the fruit of the forbidden fruit from the tree of knowledge as an apple.

Spiritual Content: An early encounter with a deity arising from magma results in an exchange disclosing the existence of a covenant between what is called the drowned god, with the potential that another can be agreed upon. The Insectoids consent to the pagan, and are able to secure an artifact that eventually becomes a plot device. Other elements of the game derived from religious source material include a late-game reveal concerning the source of life, and the planet in question is named Eden. Though the player encounters ghosts and skeleton enemies early in the game, it is during the finale that The Hive offers an explanation for their existence. 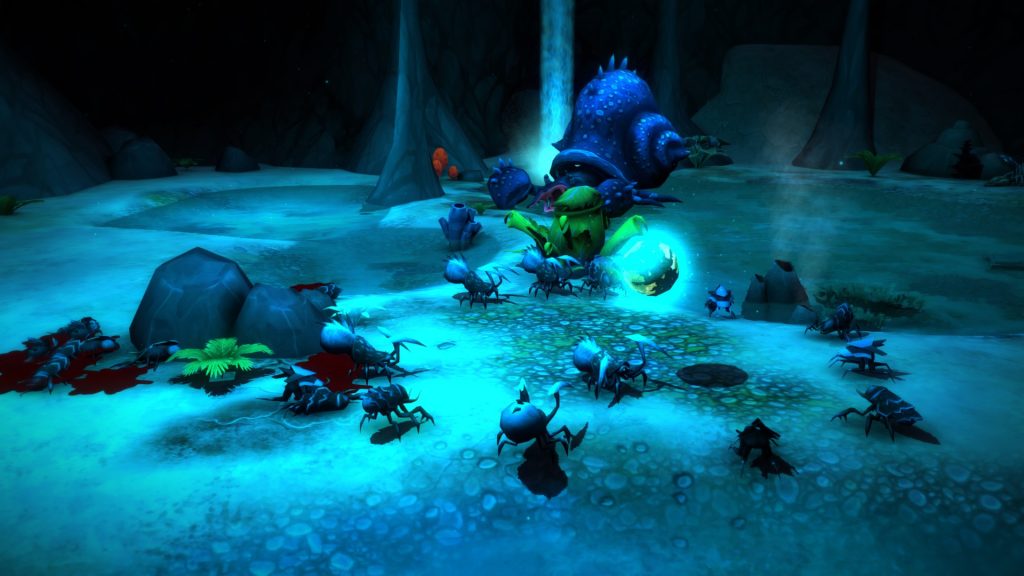 I want to make it clear that during my treatise of the story here, any maneuvering of my language is in no way an attempt to extenuate what I feel is more than a case of imitation being the great form of flattery, or that this game might have been merely inspired by others. To be frank, the plot of The Hive boldly duplicates Homeworld lore in shameless facsimile. As established in Deserts of Kahrak, we know that the  titular planet is becoming increasingly uninhabitable, and the banished, displaced Hiigarans would eventually discover a hyperspace core  and a guidestone in an ancient shipwreck. The Hiigarans would then construct a mothership to house the hyperspace core as well as the planet’s remaining population in cryogenic pods before being forced to set off on their journey. 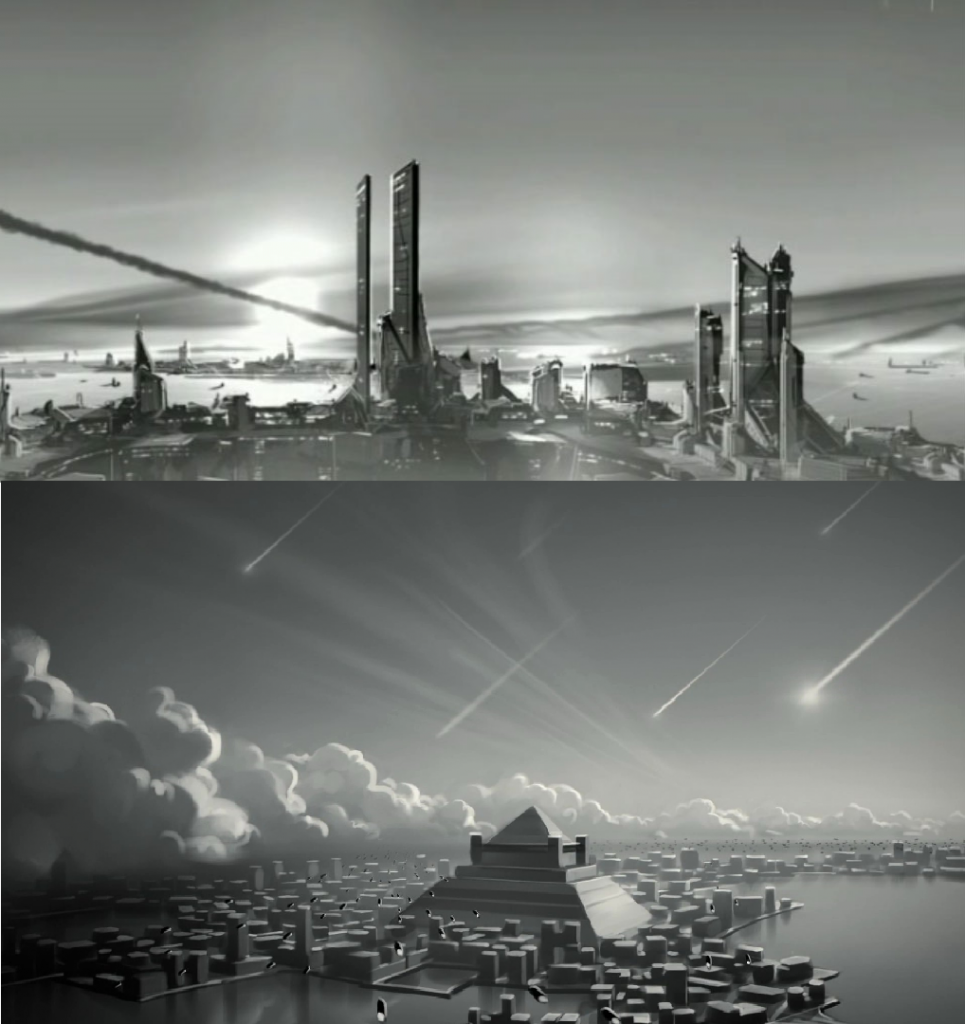 If I did not know any better, I would not be able to tell which image is from The Hive, and which is from Homeworld. Both illustrate an instance of planetary bombardment. Guess which is which. 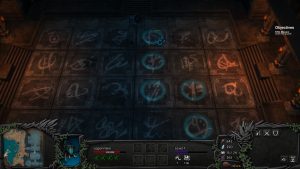 Game developers: please do not put puzzles into your RTS games. This is silly and boring.

The plot device of nomadic space-faring civilizations who have been alienated by their home planets due to war or inevitable inhospitably is not exclusive to any single intellectual property in science fiction. Mass Effect fans may recall the Quarian/Geth sub-plot that spans over the entire series, for example. However, juxtaposed with Homeworld, the similarity in imagery that The Hive calls forth in its introduction and ending is scandalous. Furthermore, the actual campaign in The Hive is a massive non-sequitor, a frame story narrated by one of the humans reporting the departure of Earth and colonization of Eden; the tale concerns how the Insectoids rise from the depths of the new planet to its surface, told in retrospect. Throughout the game, neither race is aware that the other exists until the end. Plans for a sequel are strongly insinuated. 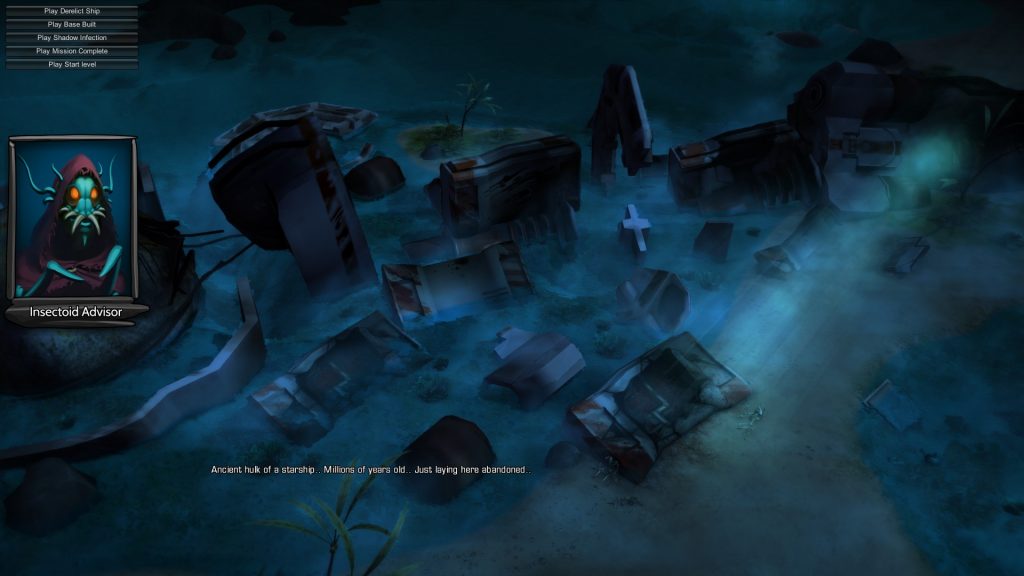 The allusions to StarCraft‘s Zerg are much more tolerable than the similarities to Homeworld, though my feelings toward The Hive in this regard could be attributed to the fact that the game does not even remotely approach the level of complexity that Blizzard achieves. In fact, The Hive offers only the most basic of RTS features. Structures are limited to a Hive (base), barracks (units), a worker supply depot (resource deposit and tech center), and (defense) tower. Units include the basic worker, basic melee units, basic ranged units, and a queen. 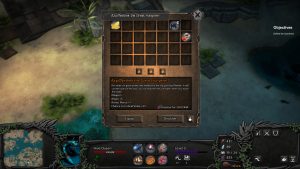 WarCraft III introduced RPG elements into RTS games. Hero units, such as the queen, would support a cadre of normal units while raiding neutral camps for experience and loot. All units in The Hive can gain experience and be equipped with items.

Workers can harvest food for unit building and minerals structures. Marginally unique is DNA, which can be converted from the items that can be found in chests around the map or dropped from enemies that are as generic as those the player can build. This DNA is used to tech up; one can upgrade attack and defense or research units such as the medic or rhino (tank); some of these units next tier have specialized abilities that can also be researched.

There are ten missions in the campaign, yet only one posed a real threat for me on normal difficulty; I chose normal over the other options because I knew that practically every enemy encounter except for a handful of bosses can be resolved with a t+click—the command for attack-move—because they pose no real threat, especially with every unit equipped with an “escape to hive to heal” command that boosts their speed during an escape. The AI also has a poor sense of priority when fighting, and can be kited. As for the sole mission in the game that presented a challenge, it sent waves of enemies from three different armies, smashing my base at a rate that I could not sustain. In a desperate attempt, I commandeered the nearest enemy encampment as its placement was more advantageous; it funnels enemies through one path as opposed to my starting point that was open from all sides but southward. Taking advantage of the AI which “locks on” to some unit on my back line, I would slay them all as they pass by. Eventually, I would be able to faceroll the map just like the others once I maxed out virtual unit cap. There is a finite cap of 25 units, but for some inexplicable reason, The Hive maintains hard invisible caps on unit types. For example, I could only build two medics and three ranged units. I can understand the implicit restriction of being limited to one queen, but not other units. This forced balance unintentionally locks the game into tutorial difficulty. 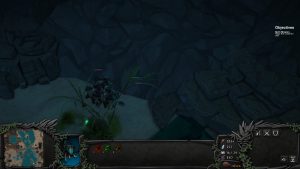 I only encountered two glitches. Here, some of my ranged units became stuck out of bounds in a wall. Because of the hard unit caps and no option to force-attack my own units, I had to either restart or finish the level without them. I choose the latter. The other glitch involved a menu on the top left of the screen allowing me to play all the cutscenes for that level at my leisure. Someone left the debug on!

The t+left click is unintuitive, as most RTS games use A+click. This may seem a small gripe, but The Hive hosts several issues that do not feel comfortable. If I box-select my units, and my mouse touches the mini-map, then the camera will shift to that point in the map, and I have to re-center. This would not be so inconvenient if the “double tap” of control groups (such as ctrl+1-0) worked consistently. In fact, I often found myself clicking and hitting buttons repeatedly because the first press would not register. My tolerance level for this unresponsiveness far exceeds that of the average RTS player, because most of us are all about those actions-per-minute, and The Hive actively resists efficiency.

This game strikes me as a one with an ambitious vision yet is lacking in execution. The environments are generally well-detailed, particularly the water, but at the same time, there are many areas that become too dark to see. While the models of the units are unique enough for me to note their differences, they are not so specialized that I could remember any of them if I were presented with individual screenshots—besides the dragonfly that is, a unit unique because it appears to fly but can be hit by ground units. It is not exactly a harmonious sound effects symphony when playing as the Zerg in StarCraft, but at least every unit made sounds of different pitches and tones so that I could distinguish them with a click (like Act of Aggression, The Hive also lacks a “unit/upgrade complete” cue). In contrast, the noise that Insectoid units make become repetitive and annoying, oftentimes resembling a retching Velociraptor. The music is almost non-existent; there is one song that plays during a temple-raiding phase of the game that I enjoyed, but generally speaking, ambient harmonics is all that one will hear. 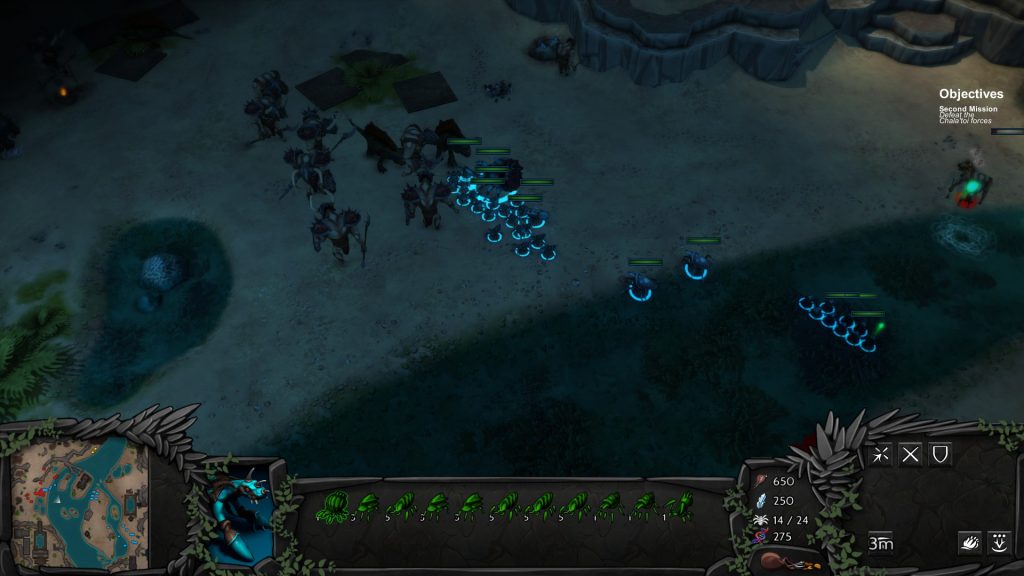 The Hive is a beginners’s level RTS that lacks the excitement or quality of games such of Age of Empires, StarCraft 2, WarCraft III Command & Conquer,  Red Alert, and Rise of Nations. Unless there are people out there who will are willing to support indie developers simply on principle I would advise those looking for a quality RTS try some of these legends first, and then return to The Hive and hope that one’s perception of it does not remain incredulous.

The Hive is a fully released game that feels like demo. At minimum, it hits the mark as RTS for novices in the genre, but it is backed by an attempt at blending StarCraft and Homeworld fanfiction for a story.