PS4 for this Relentless Edition, though my understanding is that many of the same upgrades are found on the Steam version. The original is still available for PS3 and Vita. 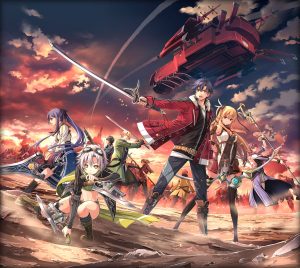 (This review will include spoilers from Trails of Cold Steel. You have been warned!)

RPGs are known for continuing series—we’re on our fifteenth Final Fantasy and our eleventh Dragon Quest (and those are just the main titles). But very few series are willing to have a string of games directly connect and impact one another in the same universe. In fact, most direct sequels have been sub-par cash grabs (looking at you, Final Fantasy). But here we are, in game seven of the Legend of Heroes sub-series that began with Trails in the Sky. And Trails of Cold Steel II is unapologetic about this, continuing almost immediately after the cliffhanger ending of Trails of Cold Steel. Does it pay off? 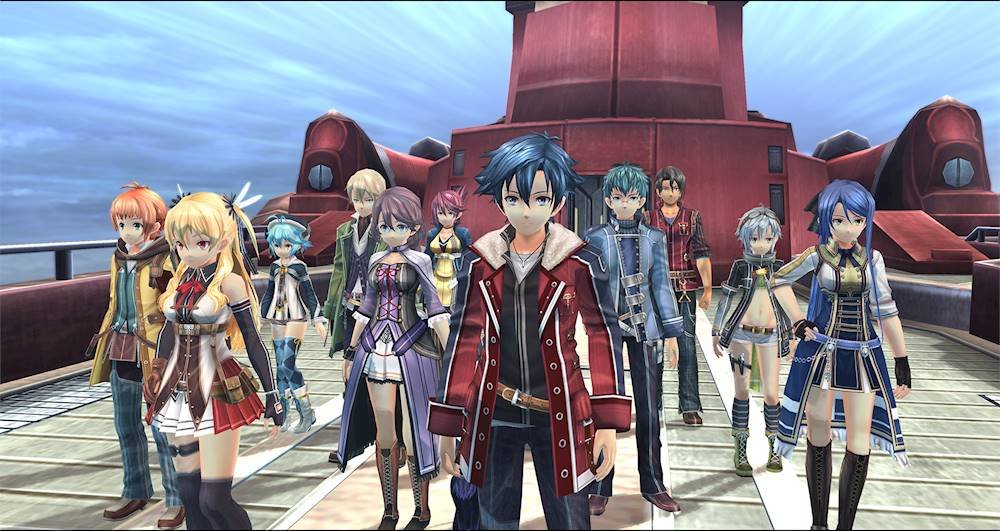 First, a note: there are undoubtedly spoilers in this section. I’m using my best judgment to keep these as vague as possible, but you have been warned. Nearly all of this is straight from my review of Trails of Cold Steel Decisive Edition review, with minor adjustments.

Violence: This game is not bloody or gory, but it is violent. Players spend a considerable amount of time in combat against monsters and human antagonists. Most of the fighting seems a bit too much like Canadian hockey or a dwarven bar brawl, where characters are panting but somehow unharmed afterwards, and then just…compliment each other. But still, it’s violent. There are drawn-out death scenes.

Sexuality: First, to be clear, nothing explicit is said or shown, other than some informal language. However, the game is constantly suggestive. There are references to girls’ breast sizes, females wearing skirts while climbing ladders or crawling through vents, characters overtly flirting, etc. New to Cold Steel II, there are some mandatory hot springs scenes early on. However, the women are completely covered by towels, even while in the water.

The main character also has days where they get to choose which other characters to have “bonding events” with, and it’s basically a light dating sim. At the end, by picking the right characters and bonding sufficiently, Rean can establish the, well, middle of a romantic relationship (regardless of who you chose in Cold Steel for similar scenes). Of course, to make this work, he’s overly nice and flirtatious with every single girl in the cast, although the writers make it pretty clear which girl is the “one true pairing.” From my internet browsing, uber-bonding with the men doesn’t result in anything more than super duper friendship. However, there is a primary NPC who is an extremely stereotypical lesbian (complete with leather jacket and motorcycle) who is constantly hitting on all of the girls.

Beyond all this, there are two specific things in this area that bother me for personal reasons. First, from the beginning of the game, the instructor for Class VII is incredibly inappropriate with the students, not only due to lackadaisical teaching and constant drinking, but she also flirts with underage students. Towards the end of the game, as part of the bonding events, Rean can begin his own set of advances in return. As a college professor, it should be plain to see why I find this incredibly problematic.

The other issue is that the main character is adopted, and his adoptive sister (i.e., her birth parents are his adoptive parents) is apparently in love with him—the “eros” kind instead of the “agape” kind. In Cold Steel II, this is taken further. It is played up in a cutesy way, with the sister’s best friend often encouraging her behavior and scheming up ways for her to make advances. As an adoptive father, I felt a little sick to my stomach every time she was on the screen, since this is basically her character’s entire arc.

Language: There are several instances of “lower tier” cuss words (d–n, h–l), but no other cuss words that I noticed. There are some references to private body parts using mild informal language (e.g. boobs).

Spirituality: The game takes place in a monotheistic society: many characters pray, some agnostically, some piously, to the god Aidios. There are minor religions outside the main society that are not explored in detail (one tribe worships the wind; ruins are left from ancient animism temples). The game has a large mythology relating to ancient wars that have a spiritual angle.

First and foremost, I’m headed into this review assuming you have played Trails of Cold Steel. If you haven’t, I can’t really recommend you start with Trails of Cold Steel II. The game is a direct continuation, essentially chapter 2 of the same game, much like Trails in the Sky SC was. So, the real question is, should you pick this up after finishing Trails of Cold Steel? Heck, yes. 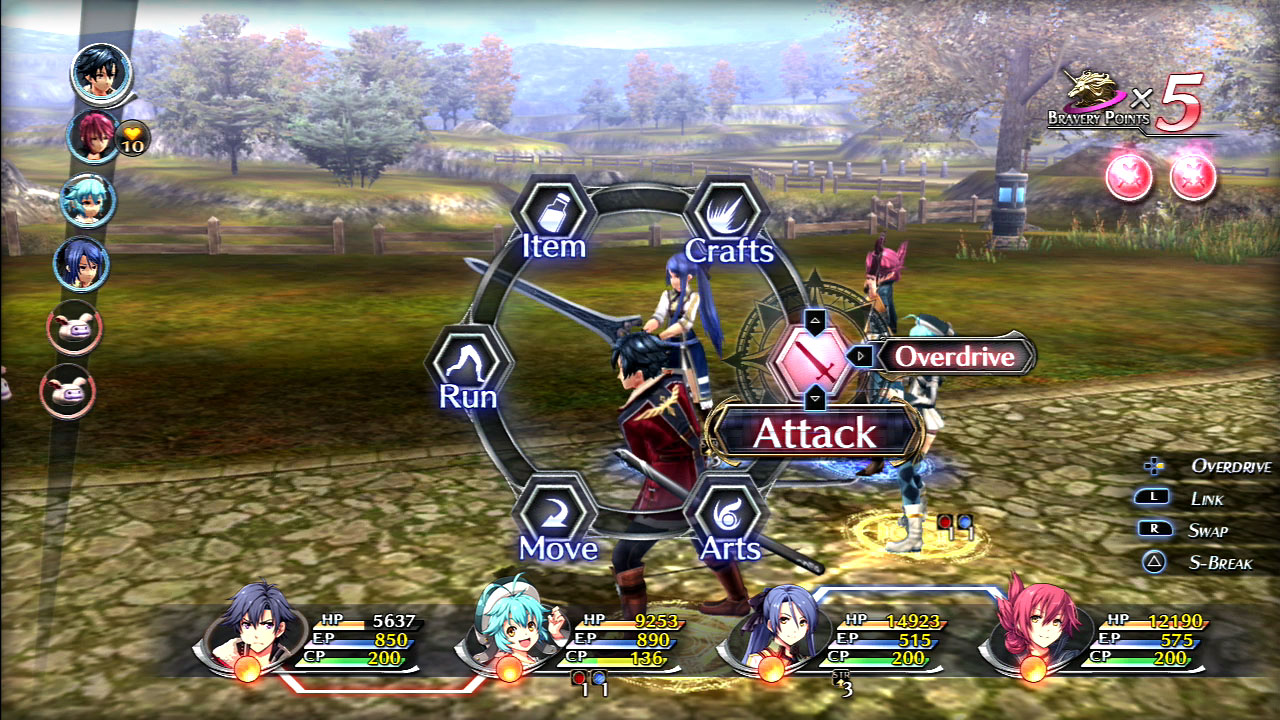 First off, I would hope that the crazy 30-minute cliffhanger ending of Trails of the Cold Steel was enough to convince you to keep following the story. The events at the end of Cold Steel guide Cold Steel II into completely new territory. We begin the game far away from Thors Academy, with Rean searching for his classmates and trying to find his path within Erebonia’s civil war.

Despite the changes, I’m impressed how similar-yet-improved the game feels, instead of completely different. For example, Cold Steel was very much bound to the academic calendar of the academy, giving a similar rhythm to each chapter. Cold Steel II mostly maintains this, bringing back everything you loved about “Free Days” at the academy, such as Bonding Events, side quests, and oodles and oodles of NPC dialogue. Exploration later in the game is far freer than it ever was in Cold Steel, but I still find myself pretty much fast-warping to wherever a red “!” tells me to go, just like before.

Combat also feels similar, with only minor upgrades. This is a good thing. Trails‘ combat system is probably one of the (if not the) best traditional, turn-based RPG combat systems out there. What’s new this time, however, is the addition of mech battles. These have key differences, but flow in a similar way to traditional combat. Plus, they look awesome and are just  plain fun. This is basically an anime series—why wouldn’t we have giant mechs? 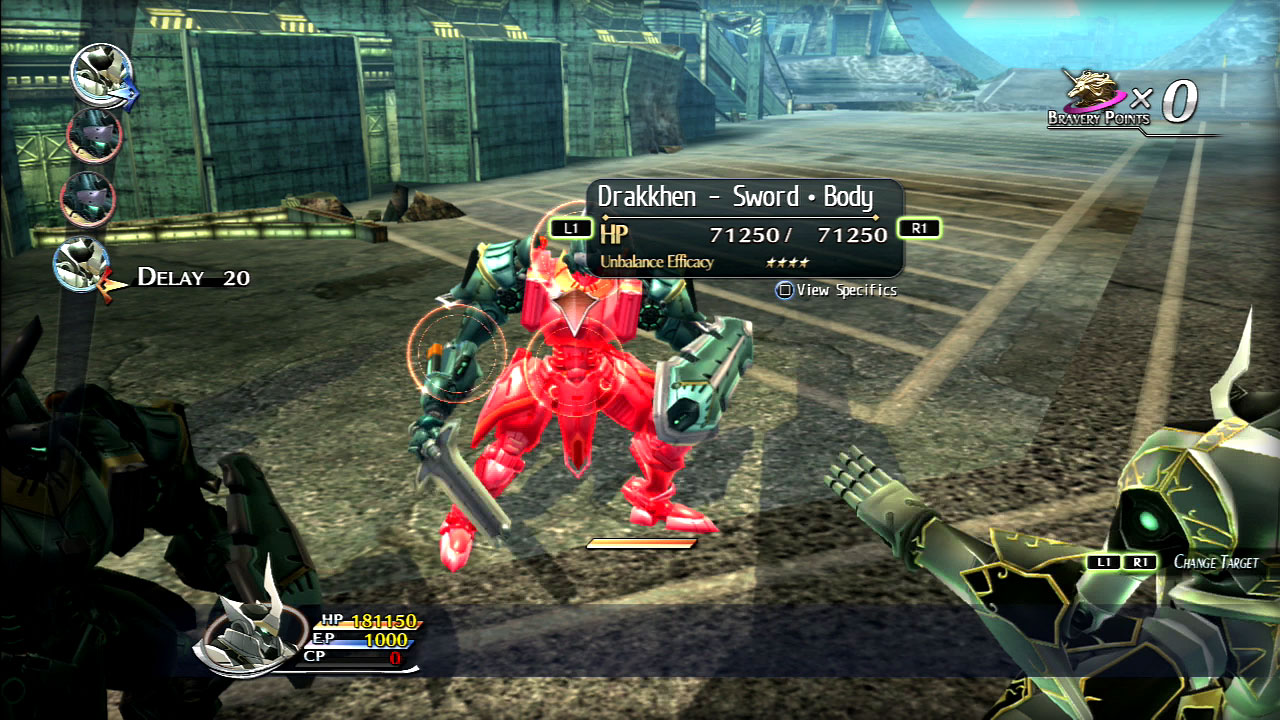 Really, nearly every positive or negative that I had in my review of Trails of Cold Steel is back. There’s a Turbo Mode again (woohoo!), amazing storytelling, tons of dialogue, a strange lack of voice acting in certain places, good-but-not-great graphics, and so on. It’s more of the same, in a good way. But I do have one new complaint.

It is a true joy to see a series go so deep into one continuous storyline and world-building across nine games (up to Cold Steel IV), but it comes with risks. The events of Cold Steel II happen concurrently with the “Crossbell arc,” two games (Trails from Zero, Trails to Azure) that were never released in English. These games happen after the original Trails in the Sky trilogy, and don’t really come up in Cold Steel. Now, the events are suddenly relevant in Cold Steel II, but happening elsewhere in the world.

However, the things that happen in the Crossbell arc are big. And when they happen here, the characters seem to have shocked reactions, but then just…move on. It’s as if the game is trying to tell players, “Hey, remember when this happened in the Crossbell arc? These events are concurrent!” It plays out strangely, because the events are so big, it feels weird the Cold Steel II characters don’t do more with the events. On top of that, I obviously haven’t played the Crossbell arc, so being clueless about these events felt like the game had a hole in it. The very end of the game makes this disconnect even more confusing and frustrating for Western fans. 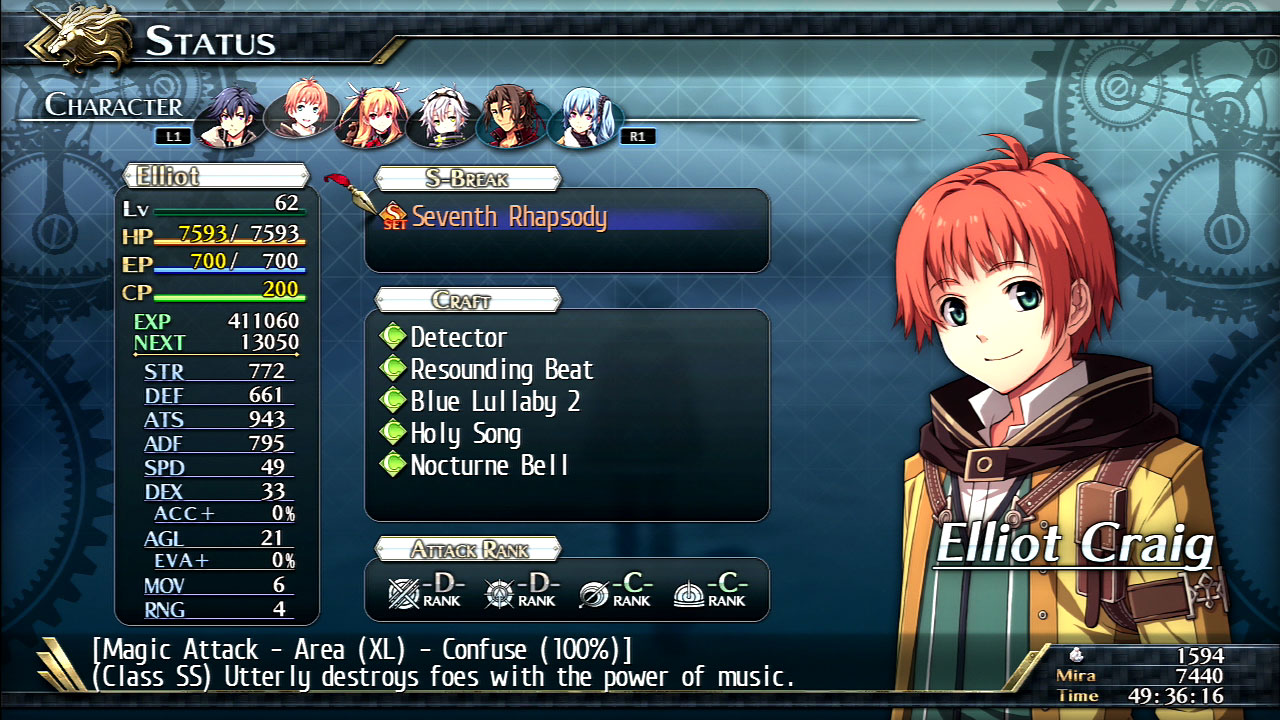 The question, then is: should you just wait for the Crossbell arc to be released? No. Even with that hole there, Trails of Cold Steel II still makes sense, and this is the best version of it I think we’ll ever get. Trails of Cold Steel III is on the horizon as well, so now is the time to get caught up. Furthermore, I’m not convinced we’ll ever get the Crossbell arc, anyway (though I’m cautiously optimistic). There’s zero sense in denying yourself a great gaming experience because you’re waiting on something that might not even happen.

This is a terrible place to jump into Trails (start with Cold Steel I), but invested fans can look forward to even more of this amazing RPG series.