Violence: Marianne does not perpetrate violent acts herself, but she sees visions of them and their bloody aftermath. There are references to a massacre at the Niwa Hotel, where she was called to. Multiple splashes of blood appear on the walls throughout the game. The Spirit World landscape is covered with bones and skulls. The Maw makes constant reference to his desire to eat and consume and wear Marianne’s body as a means to wreak havoc upon the world. A character tortures another man for information on the Spirit World. A father locks his daughter up from the outside world out of fear of her powers hurting others. It is implied that the caretaker of a young girl is abused by a man in authority and is assaulted by the girl’s father for it. Many barriers in the Spirit World are stretched out skin that must be cut with a razor blade to progress. A character is found dead from asphyxiation, and it is unclear whether it was murder or suicide. It is mentioned that a boy’s stepfather commits suicide by hanging as a noose is shown on-screen. 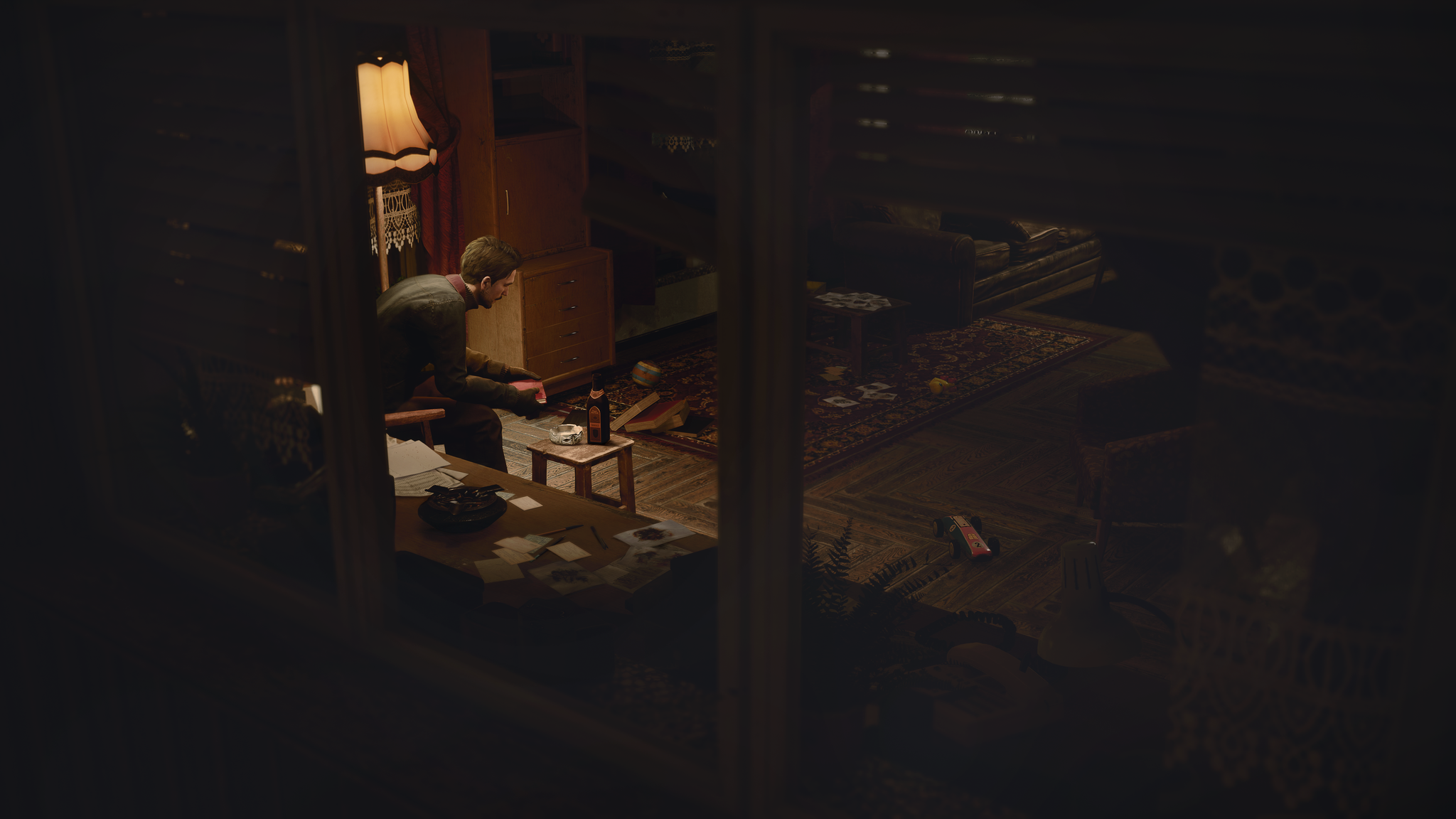 Spiritual Content: The main character is a psychic who regularly interacts with a Spirit World and those who dwell within it.

Language: The usual f*ck and sh*t are used among other expletives like any other M-rated horror game.

Every console generation, a new game promises incredible technological feats within the first year of launch. This game is supposed to blow away everything from the previous generation away and then some. It usually falls flat on its face and under delivers. Thankfully, The Medium is exactly what was promised. 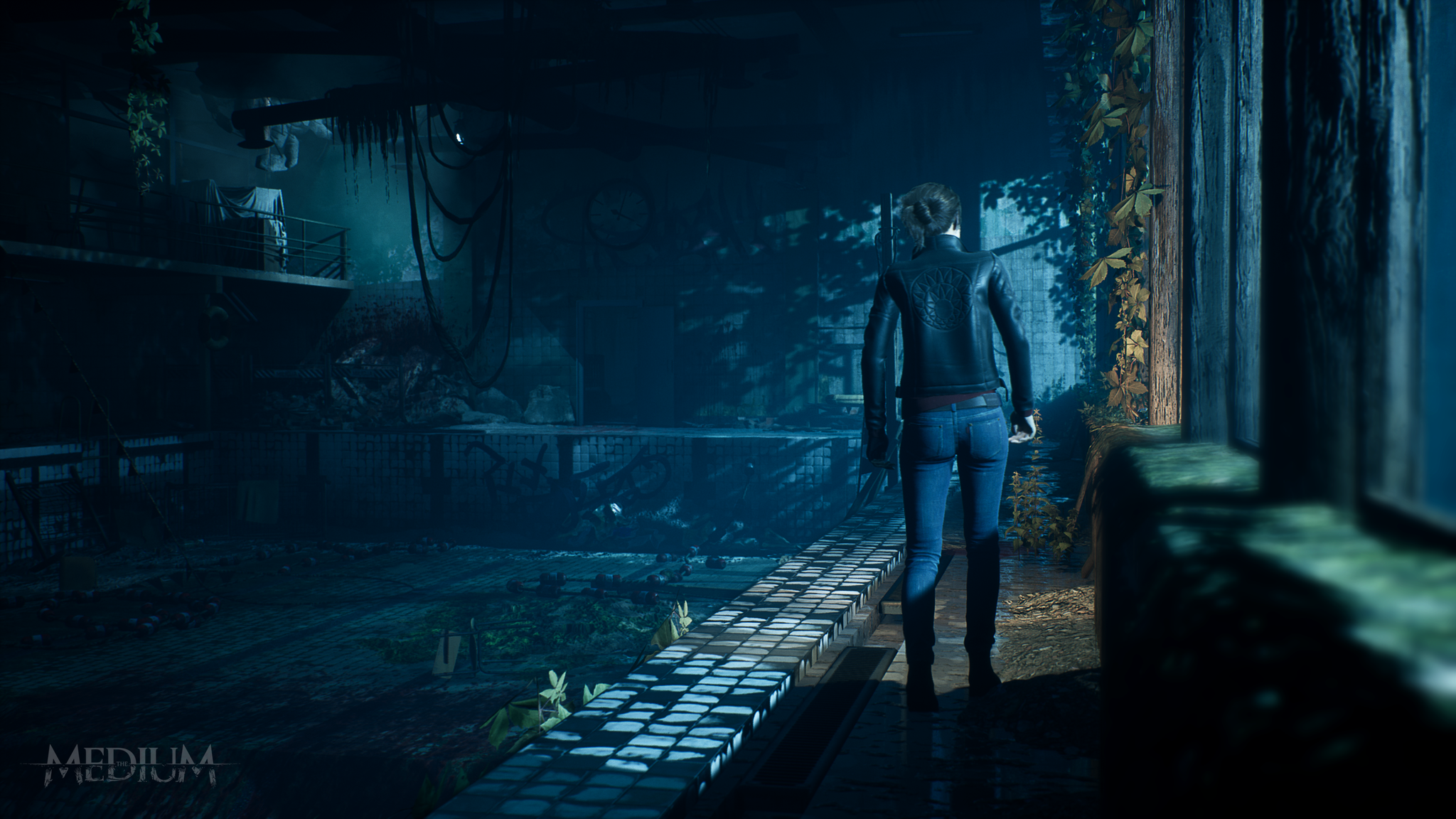 Taking place in Poland in 1999, The Medium stars Marianne, a psychic who was orphaned after a fire killed her family. After her main caretaker passes away, Marianne receives a phone call from a man named Thomas. He is clearly disturbed by something and desperately wants Marianne’s help. While hesitant to assist, she is convinced with one phrase from Thomas: “It all starts with a dead girl.” Summoned to meet at the shuttered Niwa Hotel, Marianne must find Thomas and possibly save him from whatever threat is pursuing him.

In this trip, Marianne must traverse both the spiritual and physical worlds to solve puzzles, find clues, and put the many weary slaughtered souls to rest. The most impressive part of this game is that it is rendering both worlds simultaneously and controlling Marianne on two planes of action at the same time. At first I thought that this meant I could cross dimensions with a single button press without loading screens and the like, but I got something much cooler. As both worlds happen alongside each other, one thing will prevent progress in the other. This can either be a physical door, an aforementioned skin barrier, or a puzzle requiring a careful look at both sides at once. 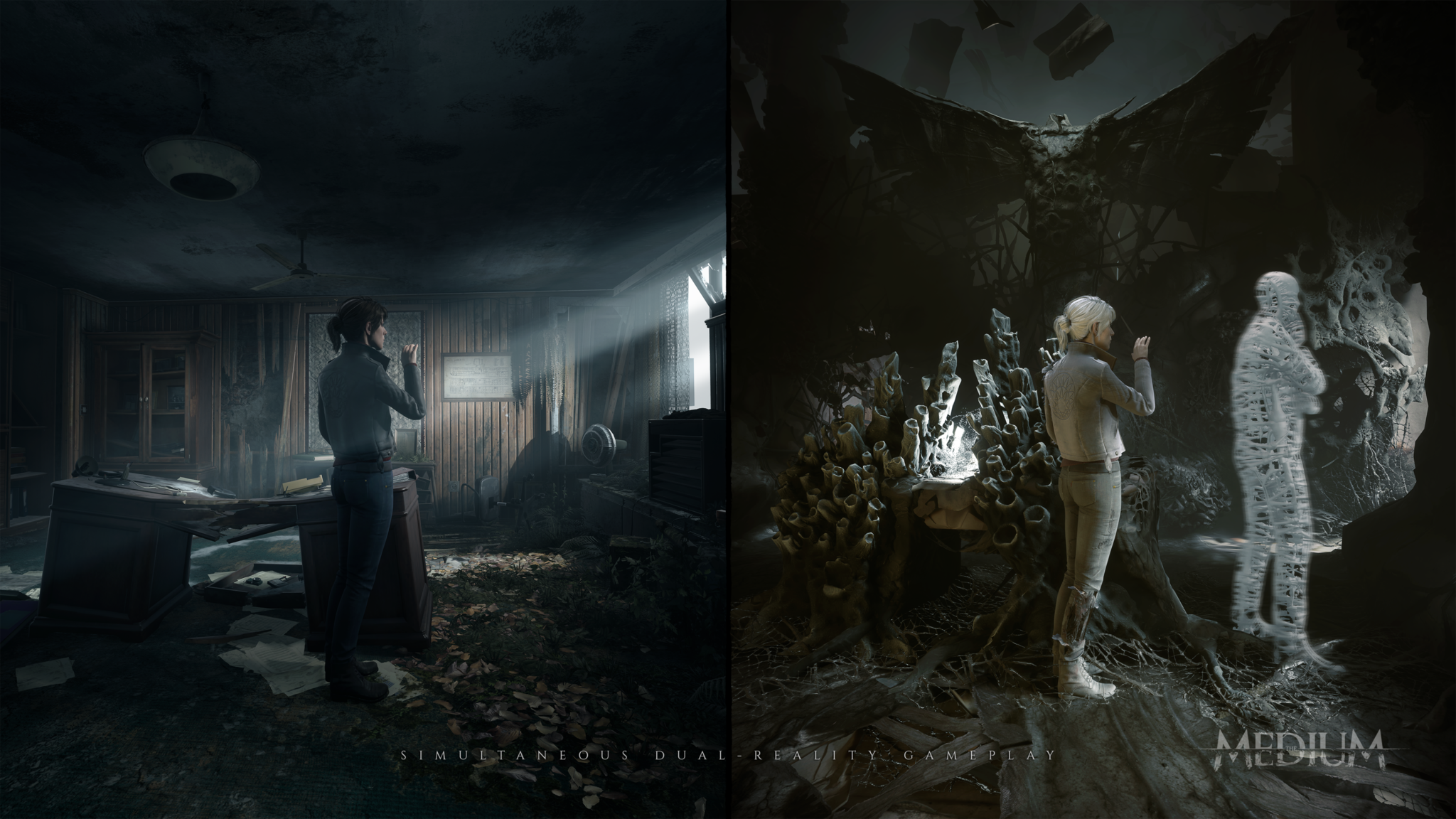 Something that makes this a lot simpler is there are different buttons for interacting on each side. For example, pressing X will deal with the physical while A is for the spiritual, and while examining things I could focus on one or the other more heavily while not totally blocking the other side as there are multiple times where both exist on screen. It was always interesting trying to figure out how these paths worked when one path on a side was accessible while the other was not. This was made a lot easier when I remembered I could do Out of Body Experiences using a button press. These were also cool, as the more time away from the physical body, the more Marianne’s spirit would dissolve away to connect again. Frankly, there were only a few times when it was necessary and it was a few too few since it was so clever. But there is only so much to put in a 10-hour game.

The fixed camera positions also serve the game well, changing as I moved to another room or area, much like in one of my favorite games, Until Dawn. Though it was great in that game, it works much better with the movement in this game. Pressing a direction persisted more progressively here. So if I was moving up and the camera changed to me moving right, I would continue moving right instead of walking right into a wall or back another screen. It certainly was not perfect, but it worked way more often than not. 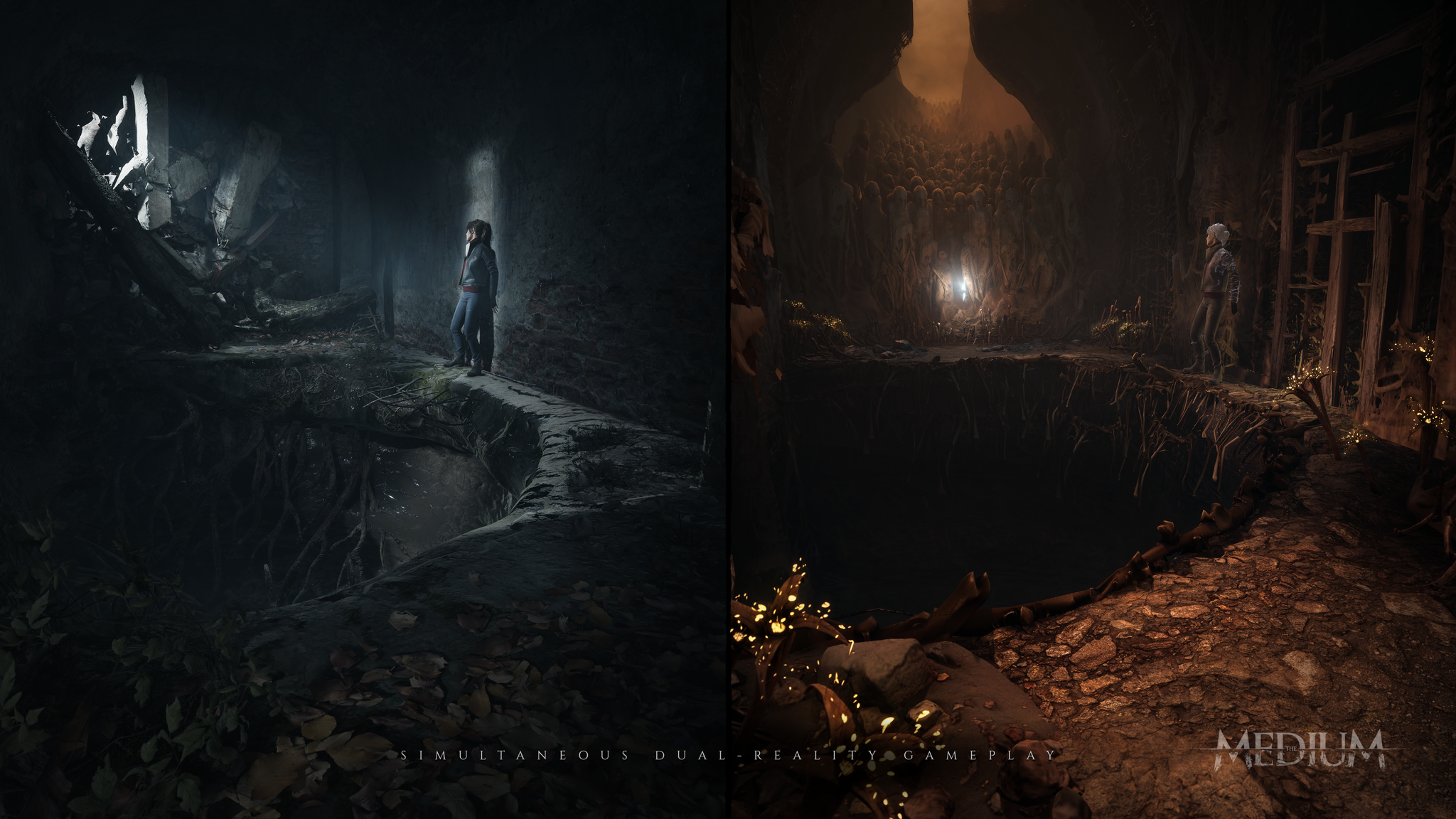 In all honesty, there is not anything I can really complain about. The Medium is a great horror game with some dark, heavy moments, like a sequence of how a boy loses his Jewish friend during WWII and how deeply his father’s death affected him. Even if it seemed like a detour on the main story road, it still circled back and kept me on my toes. All the way to the end I was guessing how it would wrap up the threads in this horror scarf. And even after I had finished and I was going back for collectibles I had noticed things I never gave a second thought to, like how Marianne’s eyes and hair change colors between worlds.

Considering how few next-generation games actually hit the goal they aim for in their marketing, The Medium does what it sets out to do and does it in spades. Even though I had one crash while using Quick Resume, it still did not dampen how I viewed the game. This medium goes large and is well worth the upgrade price.

The Medium is large in ambition and pulls it off with ease.