If there are any regrets that I have during my tenure as Senior Editor of the video games department here at GUG, it would be that I do not believe we have covered enough B-tier video games: Remember Me, Game of Thrones: A Telltale Games Series, Dead Island—games that are not necessarily trying to compete with the A tier (Hellblade) or AAA tier (TLOU2), but nevertheless venture to offer experiences that make them noteworthy among zounds of video games. These are the kinds of games that ascend to cult hit status despite their known, sometimes severe, flaws. The Red Solstice is such a game; I can attest to its popularity from the activity on its dedicated Discord channel, a place where I have spent some time trying to make sense of its sequel, The Red Solstice 2: Survivors, as it is my first foray onto the fictional Mars colony of Tharsis. 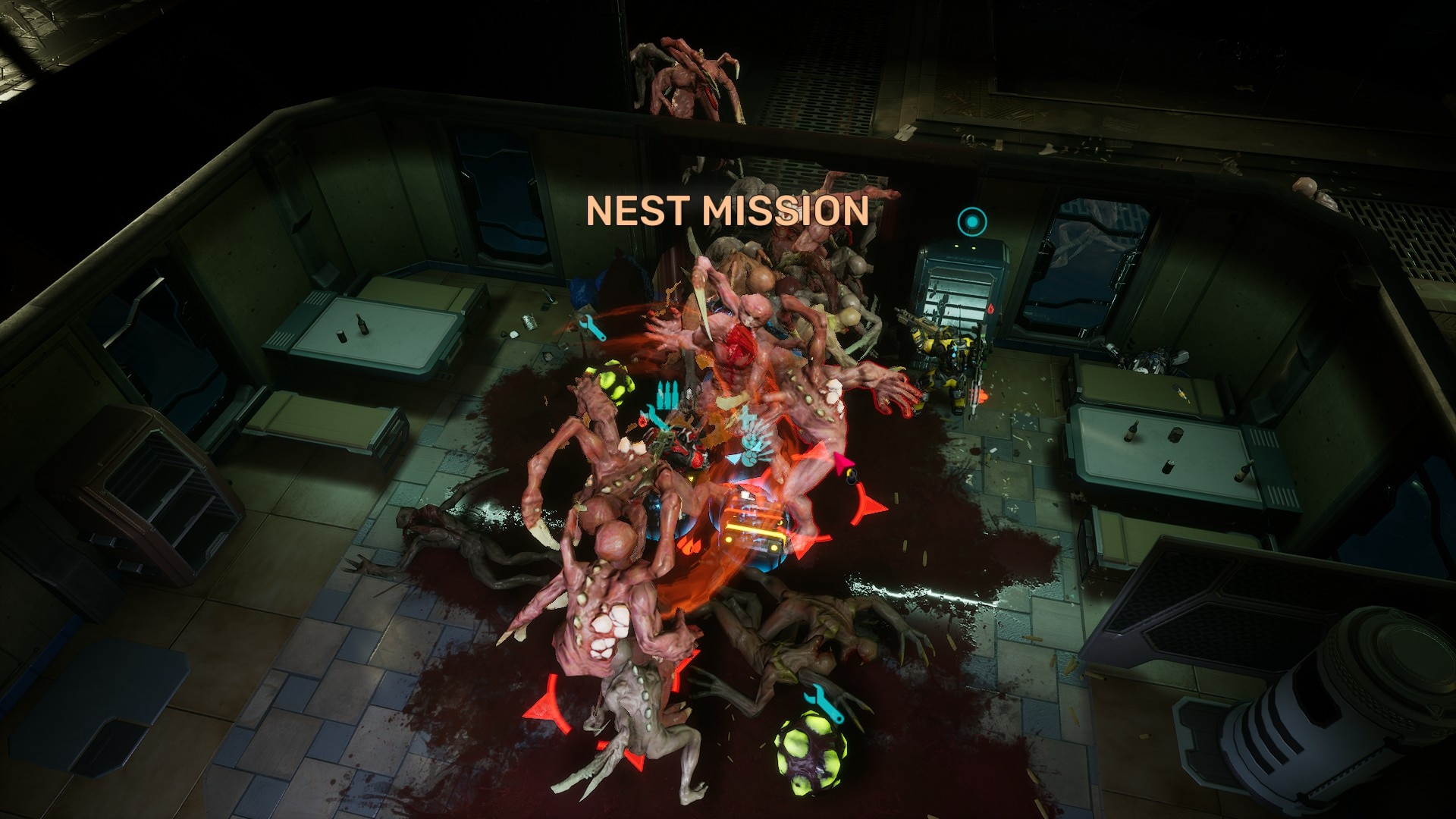 Defending against waves paints the floor.

I had to double-check if there is blood in the game, because while the answer is “yes,” it is not memorable. Blood in The Red Solstice 2 functions primarily as atmospheric decoration. When shooting enemies, a pinkish substance sprays, yet blood stains the ground. My brain subconsciously omits the color contrast. Besides that, the game’s language does not venture beyond the expectations of a PG movie; expect words no worse than d**n or a**. 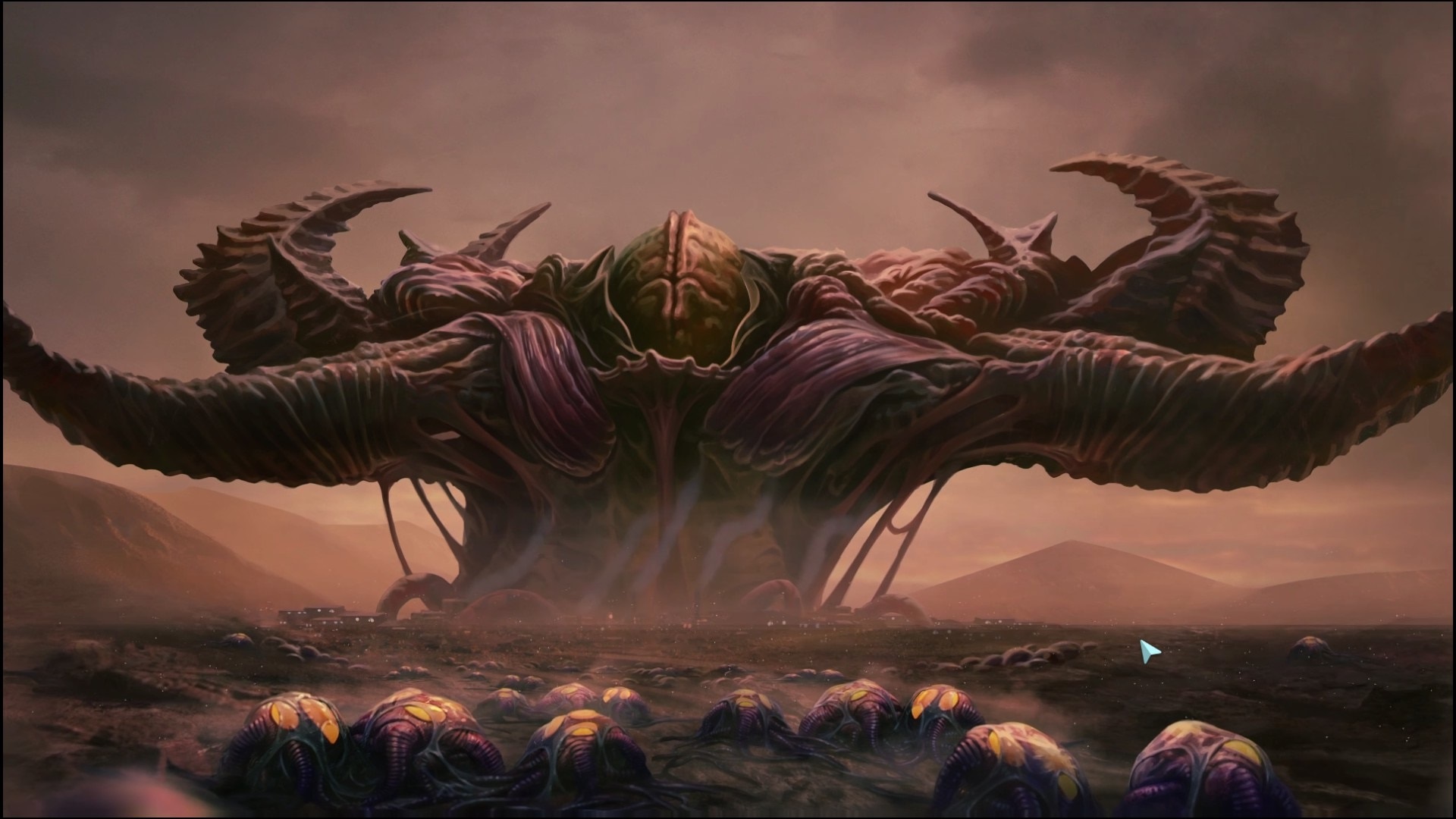 Discovered on Earth 200 years prior to the events in The Red Solstice, a pathogen that would come to be known as STROL turns carbon-based organisms into monstrosities. With no successful vaccine or cures, humanity expedites the colonization of Mars, leaving Earth to its fate. 117 years “After Earth,” a devastating dust storm known as the red solstice (roll credits!) interferes with communications on Tharsis, Mars’ largest human colony. After an elite team of commandos investigates the damage, they would discover that mutants had migrated to the Red Planet, too, even though all original Martian colonists initially tested negative for STROL. 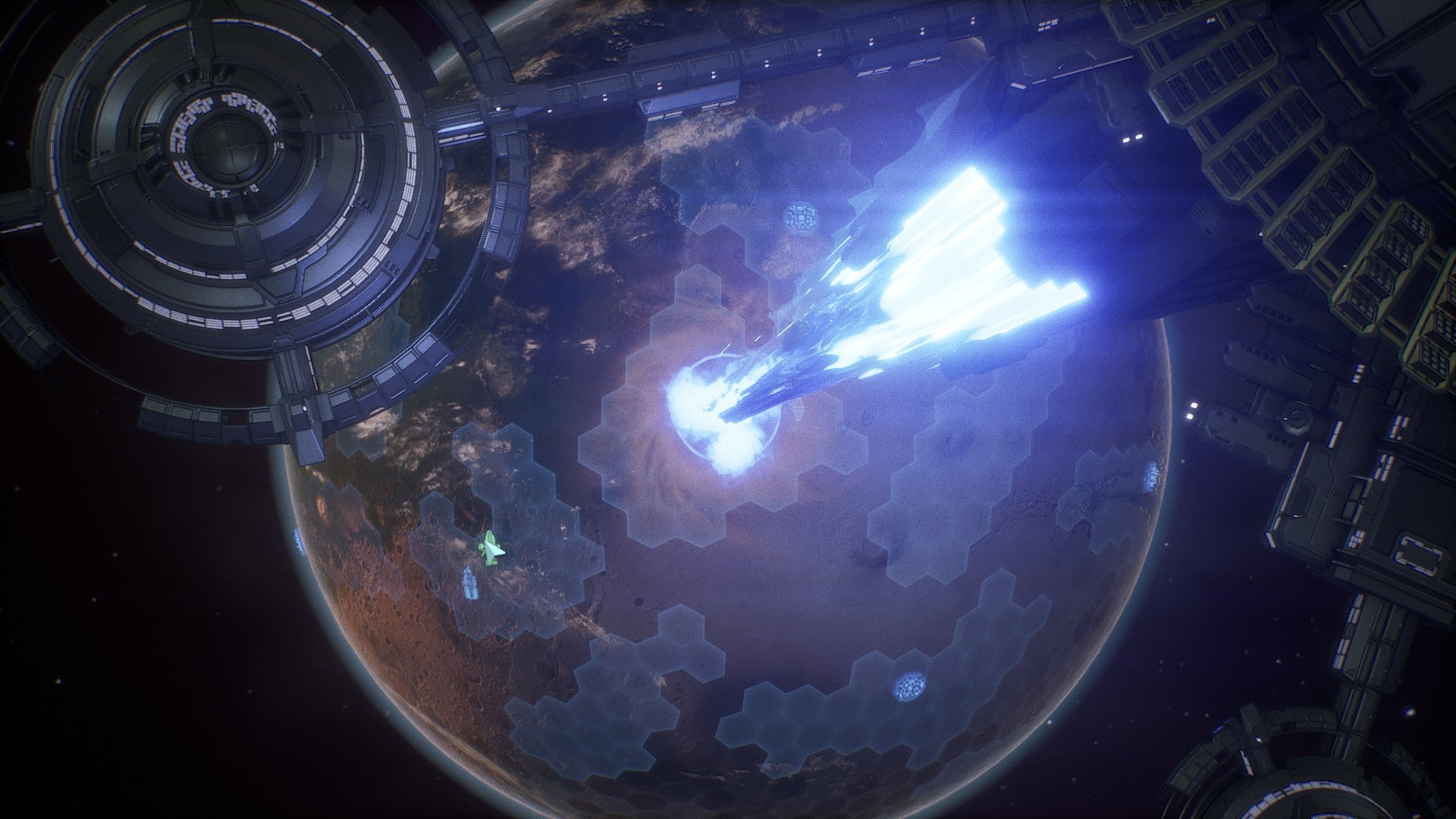 The tutorial for The Red Solstice 2: Survivors also serves as its prologue. A team of commandos is sent to Tharsis to activate an Executor, a cybernetic super-soldier, from stasis for the purpose of activating the Solar orbital cannon stationed on the moon Phobos, which reduces Tharsis’ population to near-zero. Somehow, STROL mutants survive and begin to spread through the planet. Players then assume the role of an(other?) Executor in order to discover the origins of this new STROL mutant invasion on Mars. 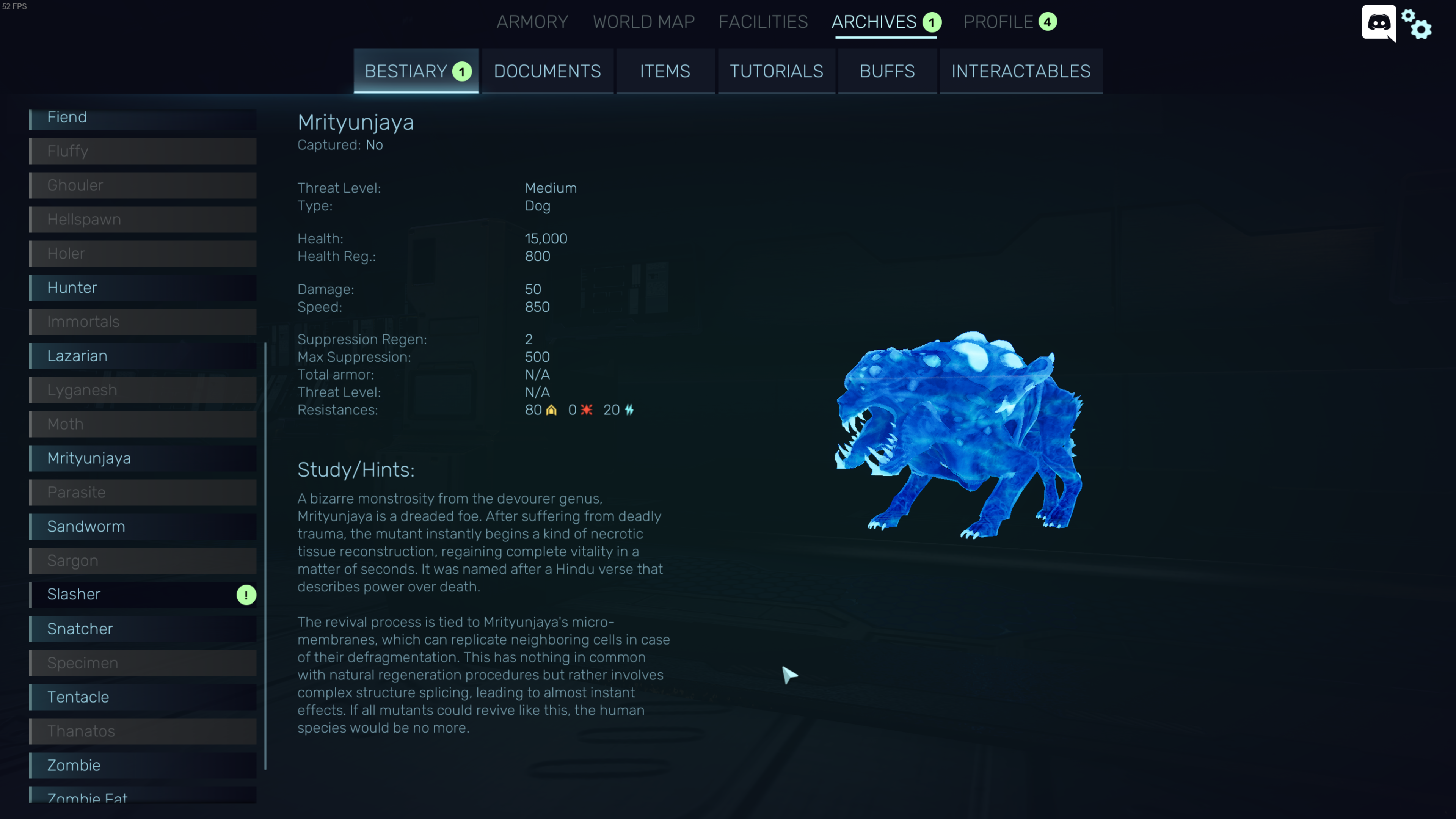 Though this bestiary indicates “study/hints,” it offers few. If those resistances are supposed to indicate weaknesses, I do not know what those icons mean. “WHERE IS ITS WEAK POINT?” meme applies to many enemies in this game.

Ironward’s efforts in worldbuilding are evident through the word count in the game’s bestarity, archives, and research options. However, I have to admit that the first two paragraphs of this review section were the most difficult for me to write in this review because of Red Solstice 2’s cumbersome delivery of its plot and gameplay mechanics. As I said, there is a tutorial, but the game remains fuzzy on all kinds of details. 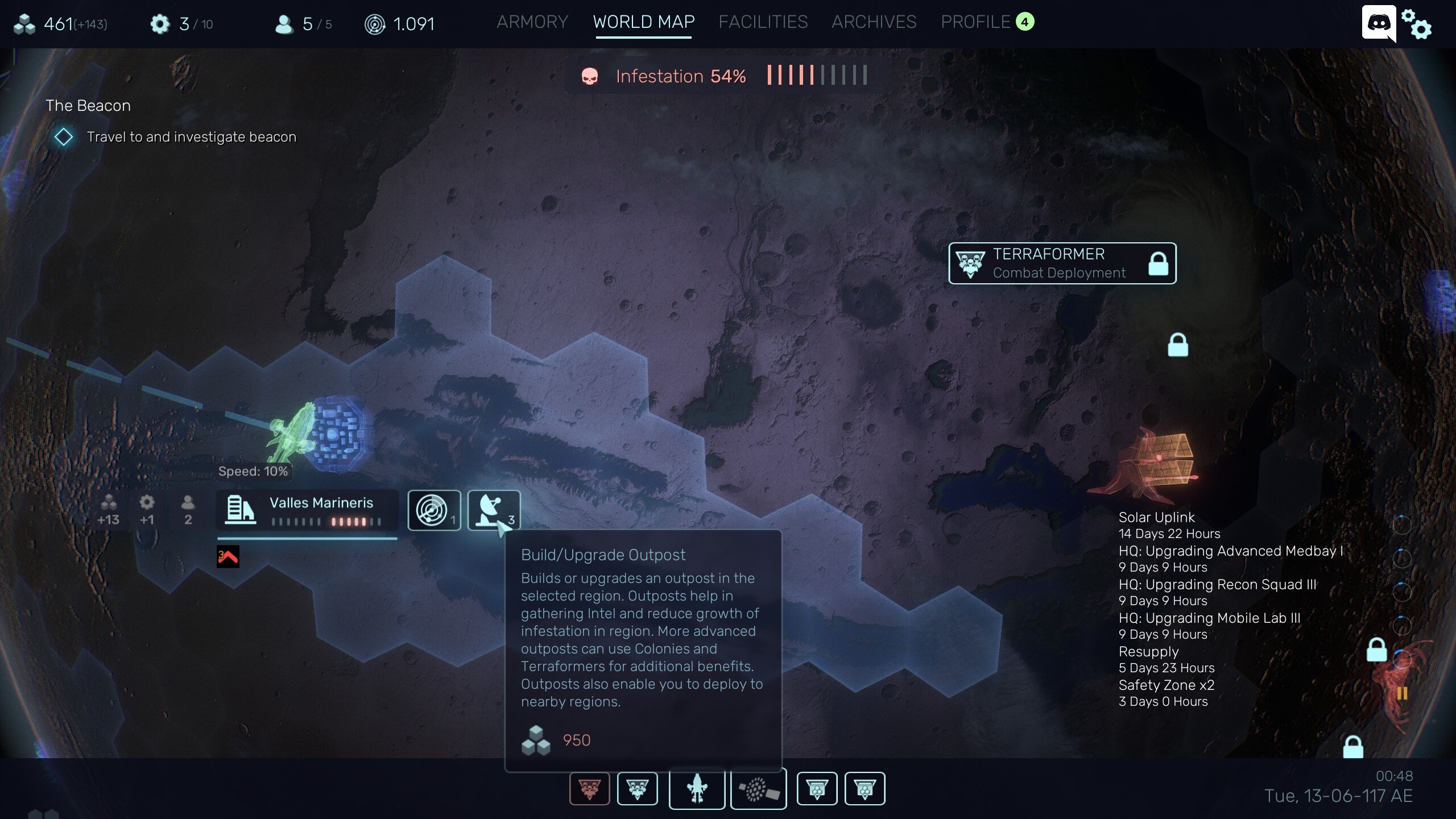 To get to the next story mission, I need 950 supplies. I only have 461. Welp, time to grind some randomly-generated missions.

On the map screen, there is a tooltip explaining how intel unveils special missions, but not only have I been unable to discern what intel grants me in missions, I also do not understand how to prevent intel from depreciating over time in every region. Another issue: Red Solstice 2 often locks story-based missions behind territories that have yet to be explored, requiring players to  establish outposts without explaining the outpost mechanic. Outposts require supplies, and players gain them primarily through random missions that grant random rewards like supplies. Theoretically, one scans a region to max intel, and waits for a worthy mission to appear. 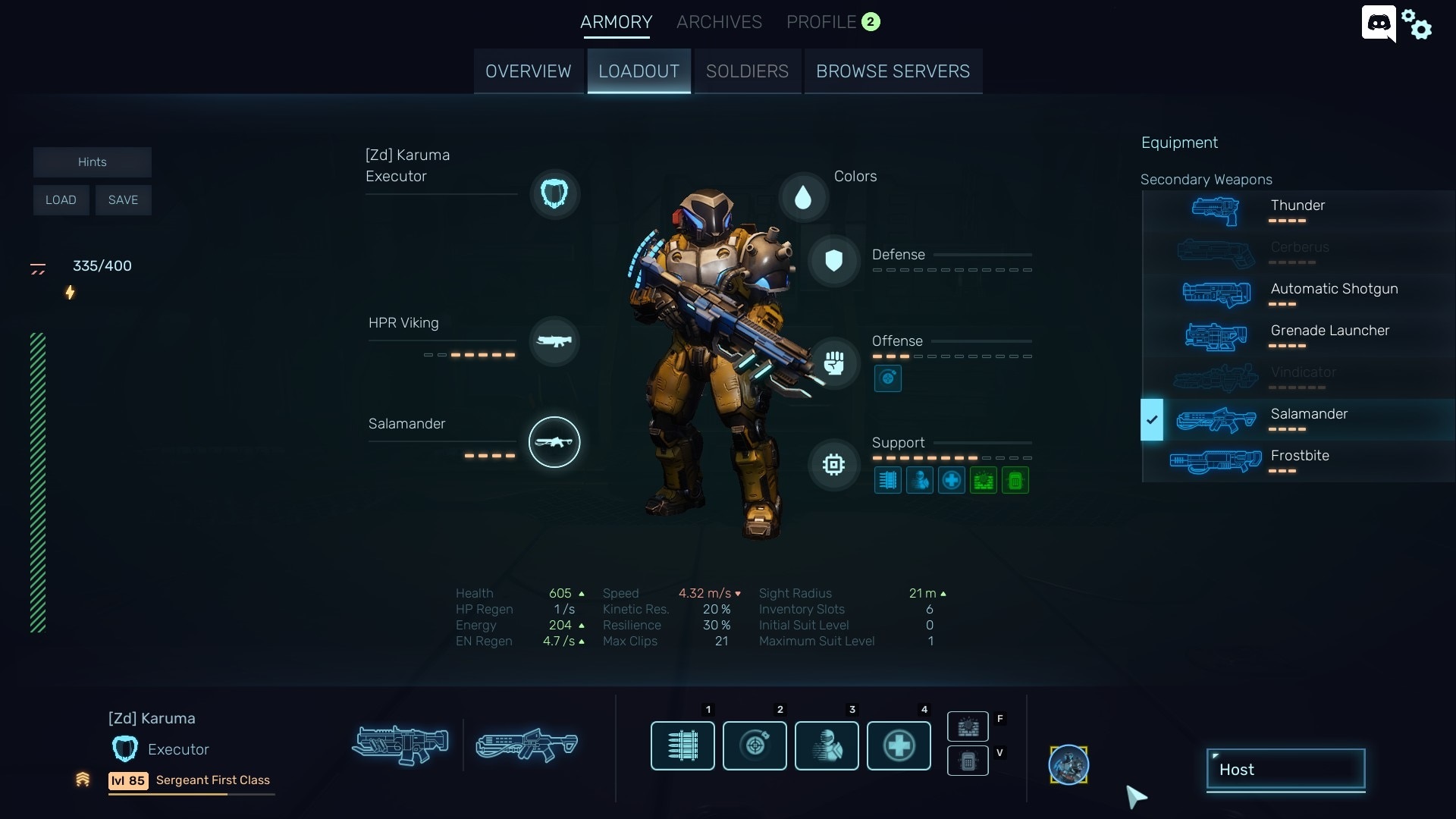 The offense, defense, and support systems are where players will get the most mileage out of customizing troops. Heaver ordinance on non-heavy classes requires research and support slots.

Configuring and playing Red Soulstice 2 is a convoluted process. Even preparing the Executor and his entourage of three AI-controlled soldiers is at first an exercise in conjecture. Weapons, itemizations, even soldier classes like recon, assault, and marksman seem nonsensical if not also unnecessary for at least the first four hours of gameplay. I spent most of my time during missions walking around making use of overwatch mode, where my Executor would kill all sorts of STROL hordes before they could threaten me. The addition of the medic and its persistent buffs made things even easier, and somewhat of a drag. My squad moves relatively slow in proportion to mission map sizes, discouraging me from attempting secondary missions that spawn randomly, especially when they do so on the complete opposite side of the map, while the evac point is between the completed main objective and side quests; I did not mind skipping them because their rewards only seem relevant if I want to stay in the mission. The game’s tendency to rely on timed “survive at this point” also prolongs things needlessly, as I nod off waiting for a 60-second countdown. I even escalated the difficulty to hard for a spell. 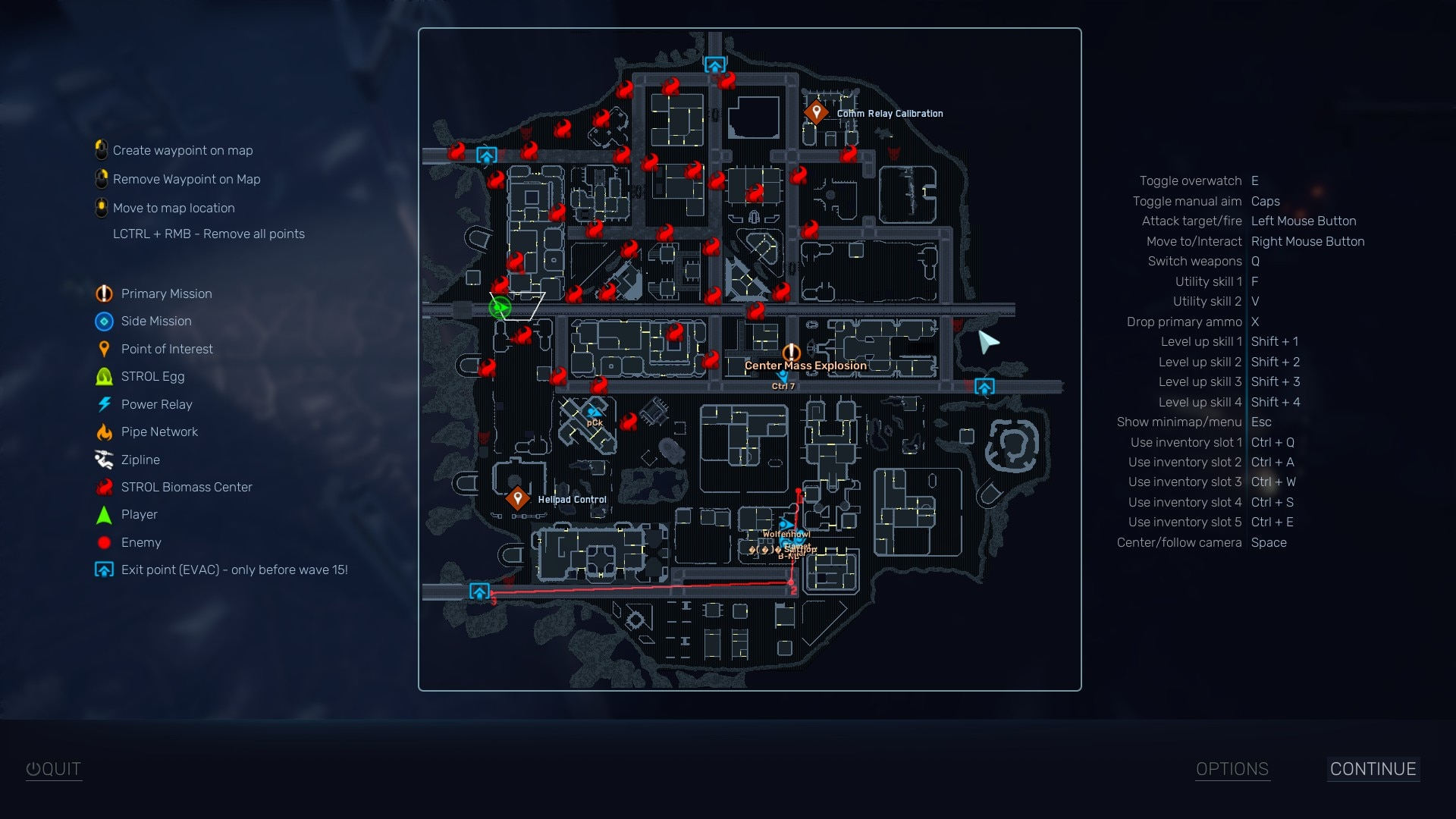 Missions begin to look like this from the start–absolutely covered in biomass, which spawns more STROL.

Then suddenly, around the four to five-hour mark of gameplay, Red Solstice 2 becomes “impossible.” It all began when I failed a mission to diffuse an explosion because I did not realize I was being timed until the last thirty seconds. Upon mission restart, the single biomass multiplied to two as Mars’ infection rate had increased, making missions more difficult. Out of nowhere, enemies now have armor, rage phases, or can regenerate faster than I can cause damage; the biomasses became neigh indestructible. 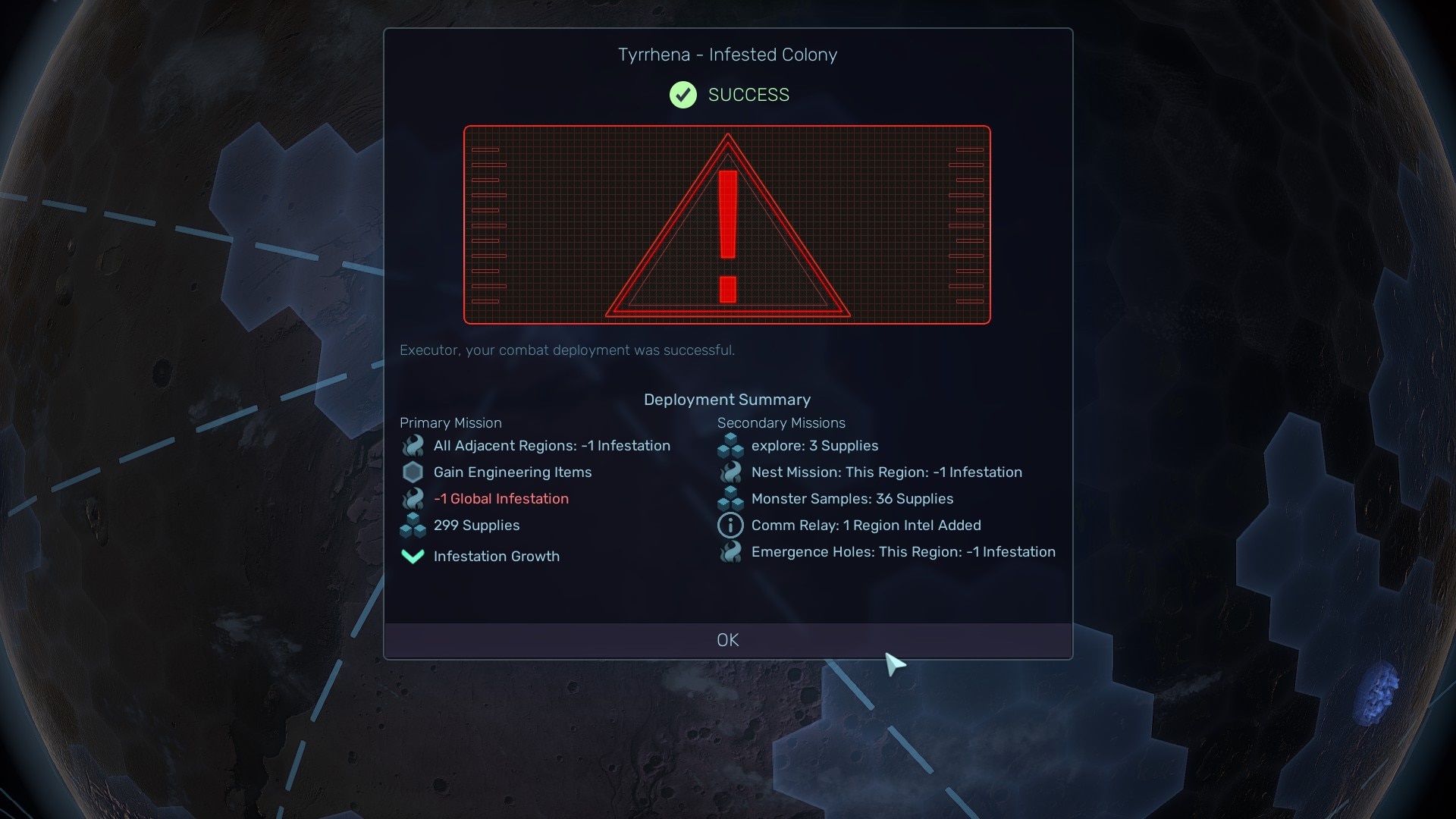 This mission grants lots of rewards, but at what cost?

This is the point in the game where bringing a balanced squad into missions pays off. Using the ALT key, one can prompt their marksman to shred the armor of an approaching bogey, or command the demolitions or heavy ordinance soldier to fire grenades or rockets into the biomass. In other situations, it is possible to order soldiers to hide behind cover as they fire. I had to (re)learn these things from the official discord, though, where one of the special roles members points out that some of these mechanics are introduced in the tutorial that I played five hours prior before any mission called for them. They also pointed out that explanations for these mechanics can be read in the game’s archives. This is true, as I discovered. However, I do not think that expecting players to read a D&D-like manual is a fair or realistic expectation. 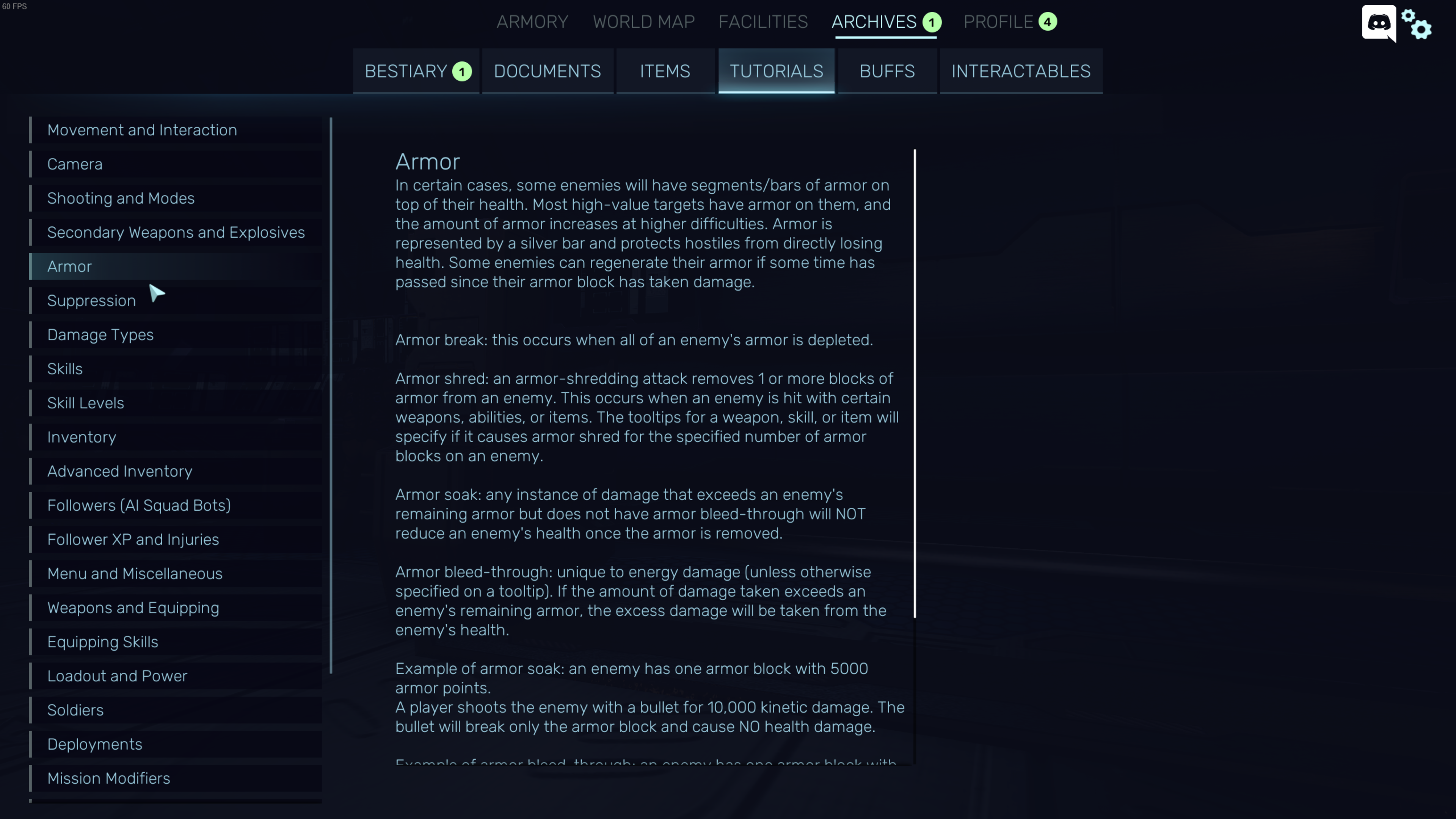 This game comes with something that seems like a rulebook.

In other words, the game slowly, and I do mean en retarde, escalates into a zombie monster survival game. Every mission has its own difficulty based upon Mars’ infection rate, though players can mitigate the mayhem by researching technologies while traveling between missions and scanning for intel. One can also make their gameplay sessions public so that others may join. I benefitted from a few people crashing into my games; this one supports up to eight-player co-op. 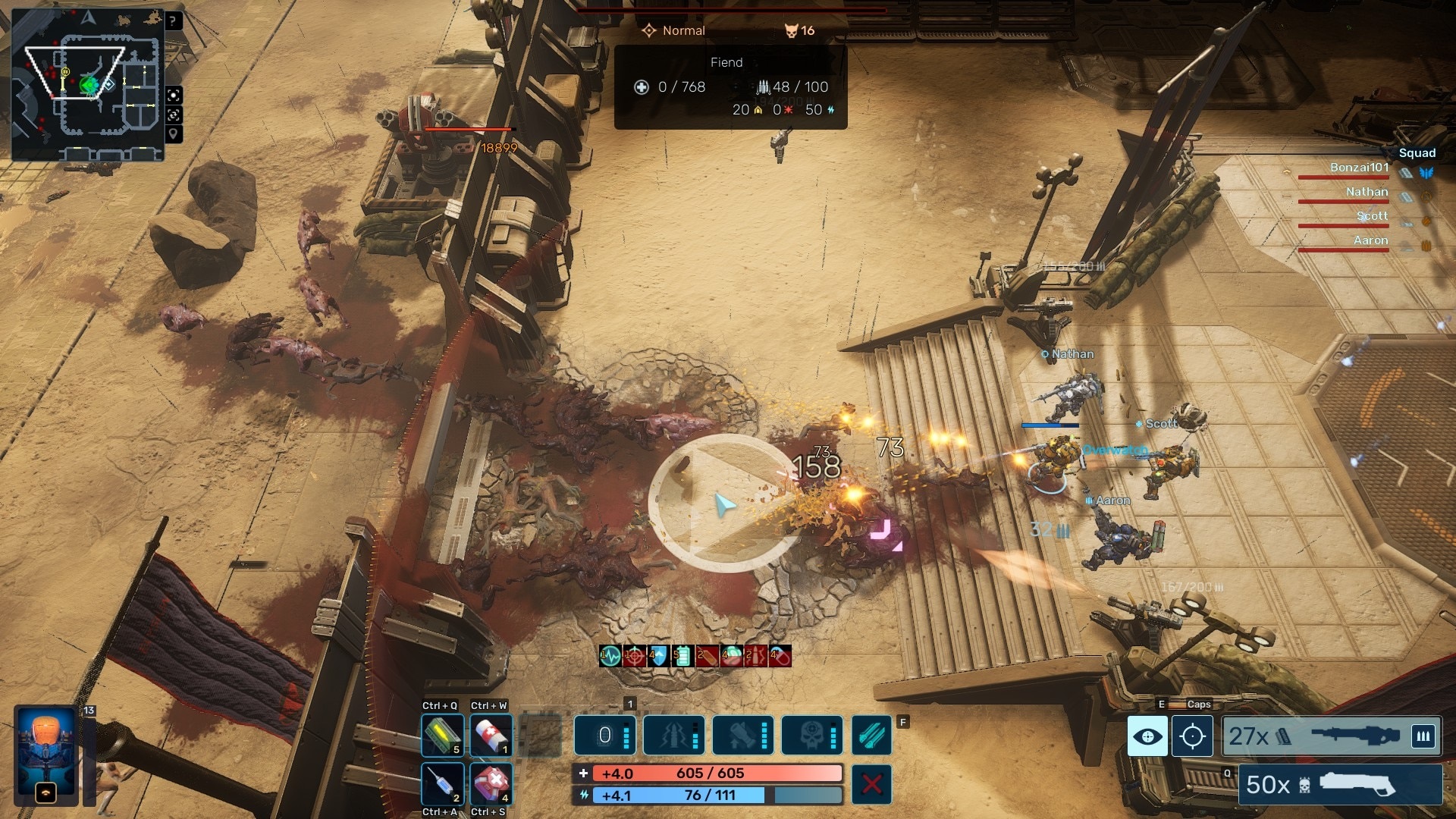 Graphically, no matter if the layout is city, desert, or artic, the color schemes are uninspiring. Runs smoothly on newer systems, but my two year-old laptop (with a 1060) did not provide stable frames. Intensive requirements for lackluster output.

The Red Solstice 2: Survivors has drawn comparisons to XCOM, but I can only think about the bad ones I did not like—grindy missions designed to artificially extend rather than enhance the gameplay experience, low-impact items, and a “doomsday clock.” Now I have spent a great deal of this review pointing out all of its flaws, and there are many. Yet, I kept finding myself firing it up to play another mission; it has an inexplicable appeal to it—even after getting steamrolled by a STROL mob during the convoy mission that I have played for the eighth time (okay, when I get this mission, I just savescum into another), I keep coming back in the hopes of progressing the story, or unlocking a weapon or tech that will blow my mind. Red Solstice 2 has that cliché “one more round” feel to it. Those who are into top-down survival shooters might want to give this one a go; others will want to pass.

The Red Solstice 2: Survivors has that B-tier charm for better and for worse.