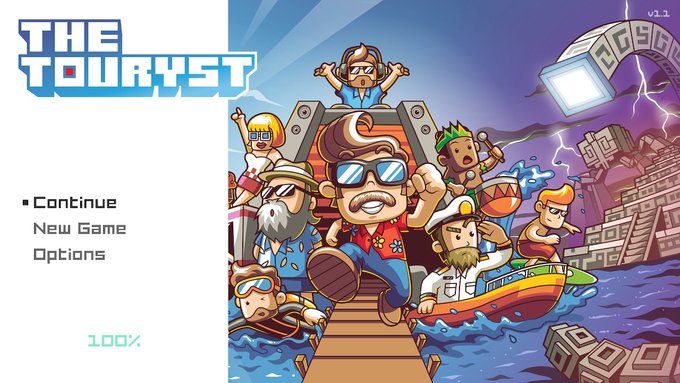 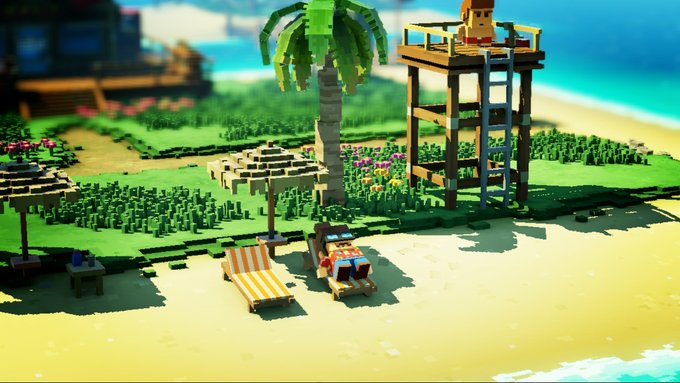 The Touryst seemingly dropped out of nowhere on the Nintendo Switch eShop when it launched on 11/21/19. Since then, it’s occupied a space in my wishlist until I finally got the chance to play it about a week ago. From the first trailer I ever saw for the game, I was intrigued. Part vacation sim and part puzzle platformer, The Touryst is a treat marred only by its short length, bad camera angles, and muddy graphics when playing via docked mode.

The Touryst looks and feels like a saturday morning cartoon made in the artstyle of Minecraft. As such, while you do run around completing various tasks for the denizens of each island, none of this involves any type of drug use, alcohol, sexual activity or anything else that would give parents pause. The Touryst is about as wholesome as gaming gets. Even when the protagonist gets bonked on the head by falling rocks, we see him get knocked out with stars circling his head before he passes out and wakes up at the start of the room.

The Touryst is a shining example of indie games done right! While at times the eShop on Switch can feel like wading through a swamp of complete garbage in order to find something interesting (much like Steam these days), The Touryst is a diamond in the roughest corners of the eShop’s nether.

Starting out on Touryst Island, the nameless protagonist is tasked with investigating four mysterious ancient monuments. That’s about it for the story, no one knows who created these monuments or why. That’s for the player to find out as they progress through the game. There is a camera shop on Touryst Island where players can purchase a camera to take some rather snazzy screenshots of their adventures. This same shop also pays you coins for snapping a photo of each monument, and as players progress through the game, additional upgrades can be purchased here, like the ability to sprint and break through cracks in walls as well as a handy double jump. 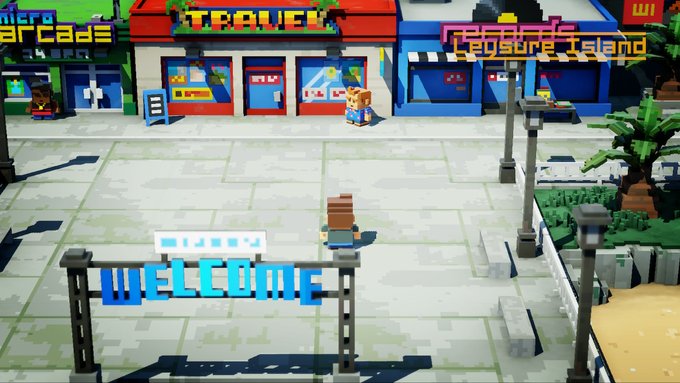 While on his journey to uncover the secrets of each island, the protagonist meets other tourists who will ask him to bring them photos of various things in exchange for coins, the game’s currency. Many NPCs also offer fun challenges in the form of mini-games, such as beating someone’s high scores in an arcade or winning a pull-up contest. Winning these challenges clears off another side quest on the player’s To-Do list and yields anywhere from 10-20 coins as a reward. Other rewards include items like swim shorts so players can compete in a surfing contest or a canoe paddle which opens up exploration across the water to nearby smaller islands. It doesn’t seem like much, but upgrades are cheap and coins are plentiful. Some are even hidden beneath the player’s feet and I won’t spoil how to unearth them.

Coins can be spent on various bits and bobs on each island. For example, on Hawayy, players can purchase a Membership Card at the Clothing Store to gain the ability to change shirts. This comes in really handy as certain areas can only be accessed while wearing specific clothes, such as the Jazz Club on Santoryn that requires a Tuxedo to enter. There is also a retro arcade on Leysure Island where players can spend coins on tokens and play knock-off arcade games modeled after previous Shin’en games. Next to this, is the Record Store where players can purchase records for various music tracks from the arcade games which can then be swapped out and played at a specific location to complete another task on the To-Do list. 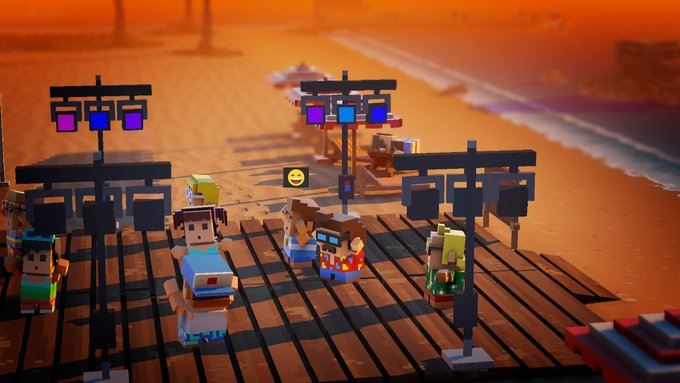 The meat of the game consists of navigating each of the five (there is a hidden one) monuments and collecting their core to bring back to Toursyt Island to assist another Tourist in unlocking it’s secrets. Each monument acts sort of like a dungeon from a Legend of Zelda game except that there is no combat in the game at all. However, players will encounter a boss at the end of each dungeon in the form of an ancient machine. These take on various forms such as snakes, spiders, crabs, etc. and they can only be destroyed by solving the puzzle within the boss room. Doing so will destroy the boss guardian and open the path to the monument core, but there are still puzzles to be solved and platforming to be done before players can collect the core.

These segments are where the game starts to lose its luster a bit. The platforming is harder than it should be due to horrible camera angles in these more crowded and cramped rooms. The camera can only be rotated so far and this often leads to awkward jumps with no ability to tell where exactly the protagonist will land. There were some frustrating falls and I died more times that I would have liked in a few of these challenges as I got closer and closer to the end of the my adventure. It really took me out of an otherwise wholesome and enjoyable experience. 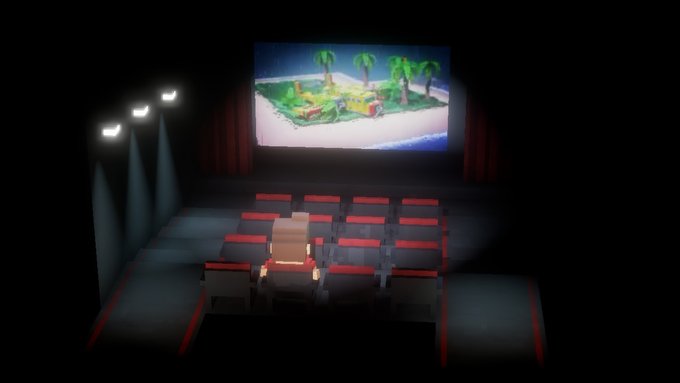 The other glaring issue with the game are the graphical discrepancies when playing in handheld mode vs. docked. Straight up, handheld modes looks the best as The Touryst has some of the most beautiful lighting I have ever seen in a voxel/minecraft looking game. But when docked, the lighting and draw distance seem to suffer and the environments appears blurry and almost stretched or washed out. It feels kind of like the Dollar Store version of widescreen support for an older movie. While this didn’t take me out of the experience completely, it is one of the first games on Switch that I can firmly recommend playing exclusively in handheld mode. The game also feels too short, clocking in at 9 hours and 14 minutes for my playthrough, and that included talking to everyone, completing the whole To-Do list and other side quests. While not bad for an indie game, with about ten hours more in length, this game could’ve been so much more.

Despite these minuscule flaws, I highly recommend The Touryst to anyone who can’t get enough of Indie games and those who want a vacation from AAA games for a bit. The Touryst is it’s own personal getaway! A game that can be played for 5-10 minutes at a time or for 5 hours of solid gaming. It’s completely up to the player, and I think many gamers will love it for that. It also doesn’t hold the player’s hand at all and many solutions to the puzzles and challenges require the player to figure it out for themselves. It’s a real treat for all types of players, hardcore and casual alike—and for $20 it’s easy on the wallet as well. Indie gamers owe it to themselves to give this one a go! 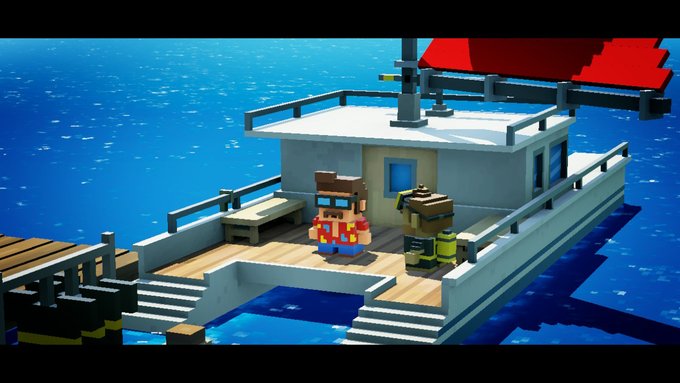 The Touryst is what I have always wanted from an indie game; everything just meshes together so well to make the players feel like they're on vacation, giving a feeling I've never felt from games before, and for that, I highly recommend The Touryst to players looking for a fun summer getaway without even having to leave the couch!