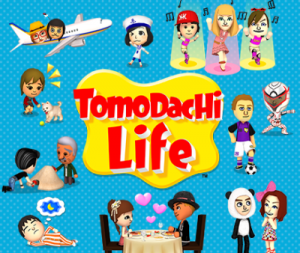 Tomodachi Life contains some romantic elements but there is nothing inappropriate in the game.

Tomodachi Life is a unique simulation game, developed by Nintendo. As you create your Mii, and other Mii’s, to fill the island, your Mii’s stumble upon different situations that are awkward and hilarious to watch and interact in.

After creating your Mii, you can create many more based on the friends and family in your life. Once your Mii is all moved into their apartment, they go around meeting their neighbors, getting food and other things to customize their apartments. Your role in Tomodachi Life is to be a mediator between all the Mii’s–a problem solver without actually controlling the Mii’s actions. As you add more and more Mii’s onto the island, crazier things start to happen to the Mii’s. There are occasional mini games that are randomly given by Mii’s, but they are usually short and not very fun. 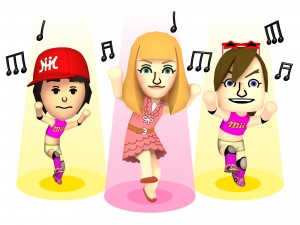 I felt Tomodachi Life had more to offer if you didn’t continuously play for hours and hours like other similar simulation games, such as Nintendo’s Animal Crossing or The Sims series. Checking in every once and awhile was really the best way to play the game, in my experience. Meeting the random needs of my Mii’s and solving problems and watching them interact with each other was entertaining, however, if you aren’t really a casual player and are looking for a game that you could play for hours and hours.

The 3DS is a great piece of hardware which produces some of the best handheld graphics I have ever seen, and Tomodachi Life brings out the system’s abilities by presenting a rich, colorful environment. The game’s soundtrack isn’t over-the-top special, but it isn’t annoying to listen to either.

One low point of the audio, however, is that the Mii’s have more of a robotic voice which, to me, was annoying to listen to. I think that it probably could have been done better, even though it’s handheld hardware.

Tomodachi Life is a simulation game that is great for the younger audiences who might just be getting into simulations. The island is full of places for the Mii’s to go and interact with each other. Younger folks will enjoy solving their Mii’s problems and customizing the Mii’s and their homes. However, for someone looking for something a little more in-depth but still wanting to keep that Nintendo charm, I would suggest checking out Animal Crossing. Despite my own opinions of Tomodachi Life, I know there were a lot of people who enjoy this game, so I suggest that you rent the game before you decide to buy it.

Tomodachi Life is a simulation game that is great for the younger audiences who might just be getting into simulations. However, for someone looking for something a little more in depth but still wanting to keep that Nintendo charm, I would suggest checking out Animal Crossing.