Feeling younger in my mind

I can’t count how many hours I put into the first Tony Hawk’s Pro Skater. I was very young at the time, so my inner child was excited to learn that a remaster was on the way. It just needed to live up to the nostalgia. 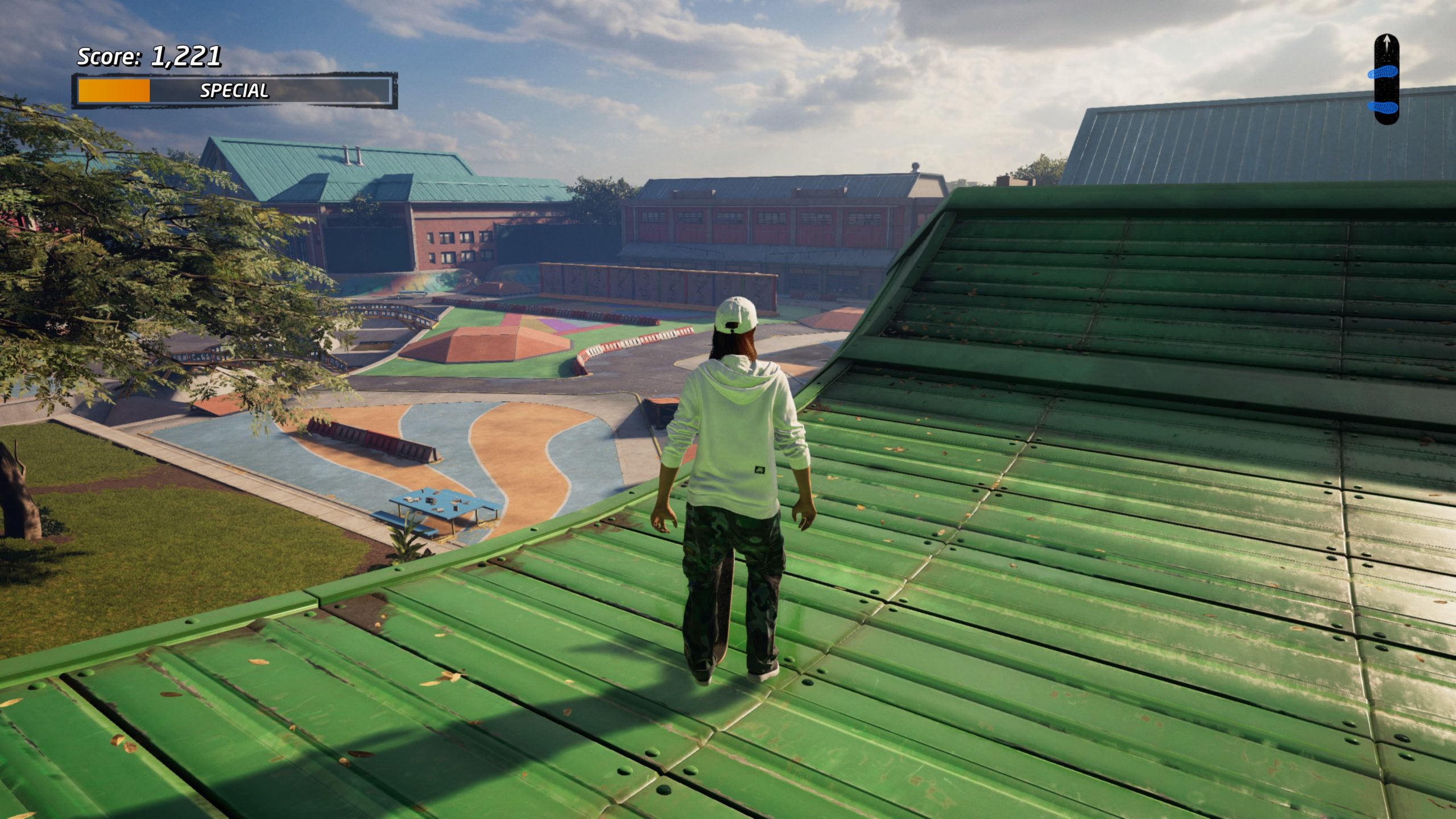 This park is old school

Language: f***, ba****d, bi**h, a**, and s*** all appear in the lyrics of a lot of the songs on the soundtrack, usually censored. D*** also appears, and is typically uncensored. It is possible to turn the songs off.

Violence: Players can fall off their skateboards. It’s possible to get hit by cars in a couple of levels. Unlike the original games, there is no blood whatsoever. Lyrics in some songs seem to glorify violence.

Sexual Content: The Create-A-Skater feature can have the custom characters in their underwear. A song in the soundtrack is about sex. 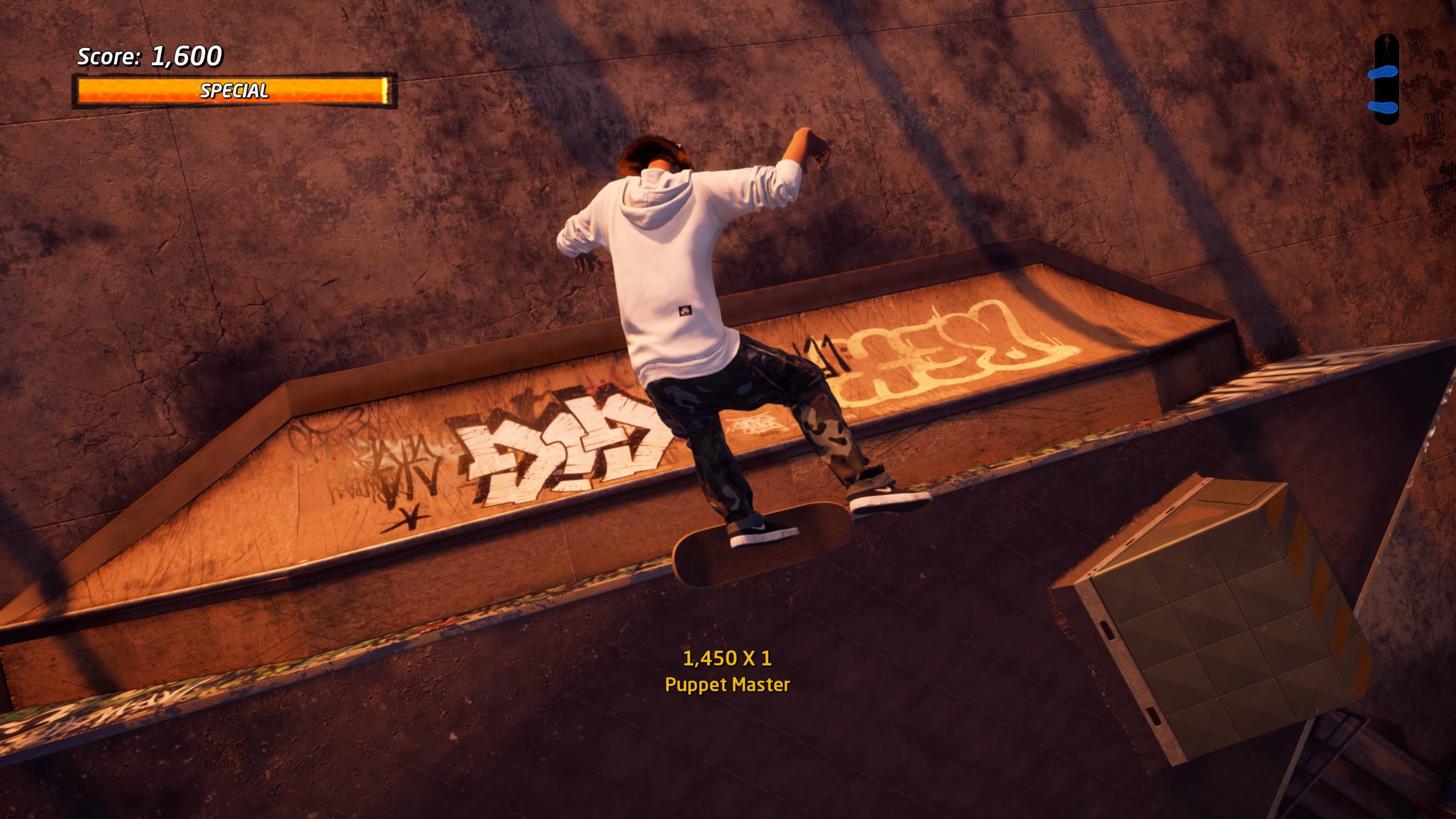 Before you start playing any mode, you have the option to go through a tutorial or if you really want to get ahead of the competition, you can learn skateboarding secrets from Free Skateshop. I decided to do so, partly for the full experience, and partly because I haven’t played a Tony Hawk game since Underground, and I sold that one thirteen or fourteen years ago. Tony Hawk himself narrates the tutorial, and it moves through the basics fairly quickly. Once done, it’s on to the main course. 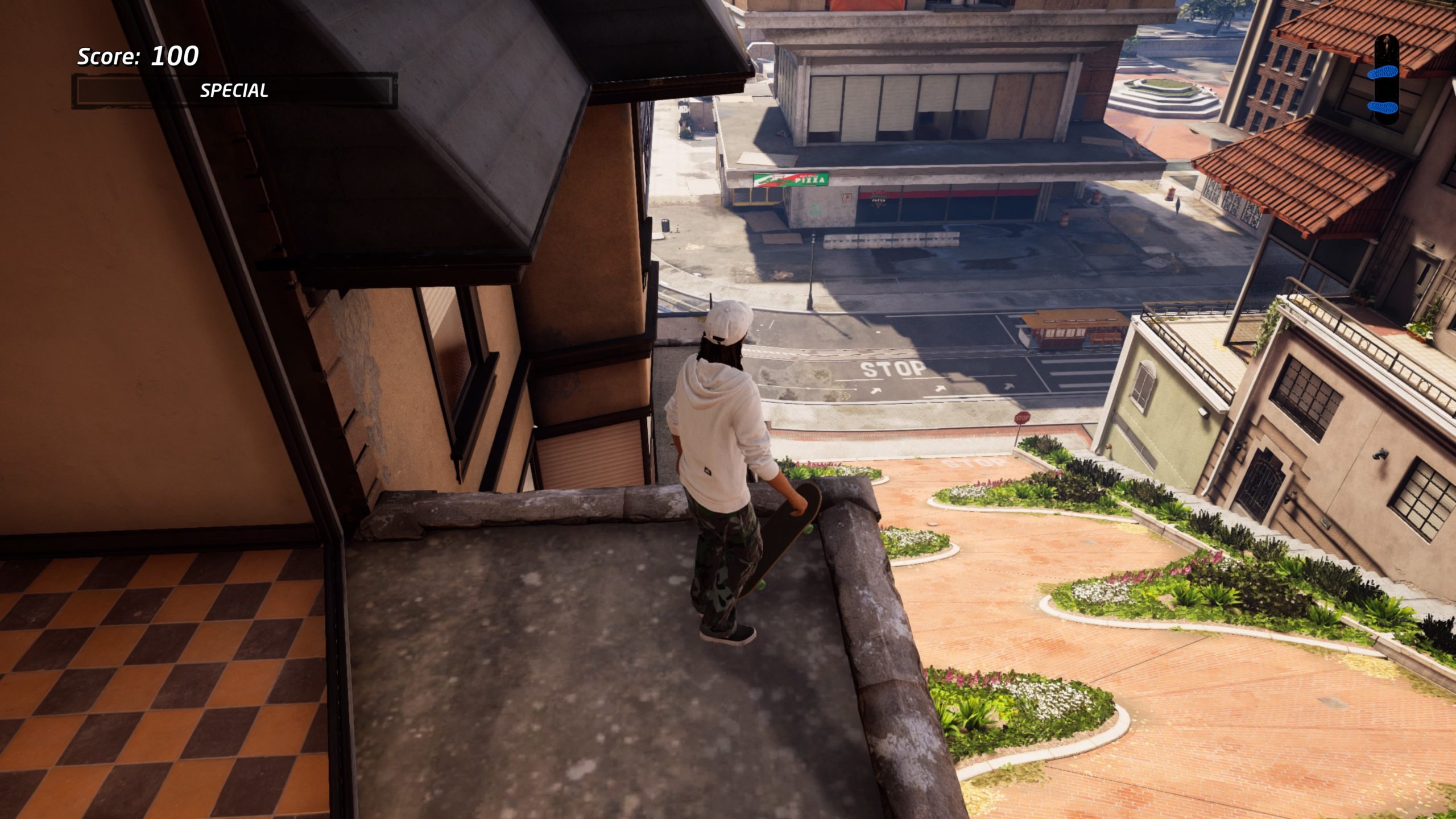 The classic skaters are all back. In addition to Tony Hawk, we have Kareem Campbell, Bob Burnquist, and Elissa Steamer, among others. Their character models reflect their current ages, and look much more like them than in the original games.

Along with the returning stars, eight new skaters make their debut, including Aori Nishimura, Riley Hawk, Nyjah Huston, and Tyshawn Jones. I stuck with Aori Nishimura for most of the game,, but I also occasionally switched to the classic characters, particularly Tony Hawk and Kareem Campbell. Each character has challenges to complete, and doing so unlocks new outfits and skate decks.

Each skater has different base stats that affect their performance in various ways, such as speed, rail balance, and hang time. Collecting the skill points that are scattered throughout most levels allows you to improve a skill of your choice. You can also adjust stats by removing points from one area and applying it somewhere else. 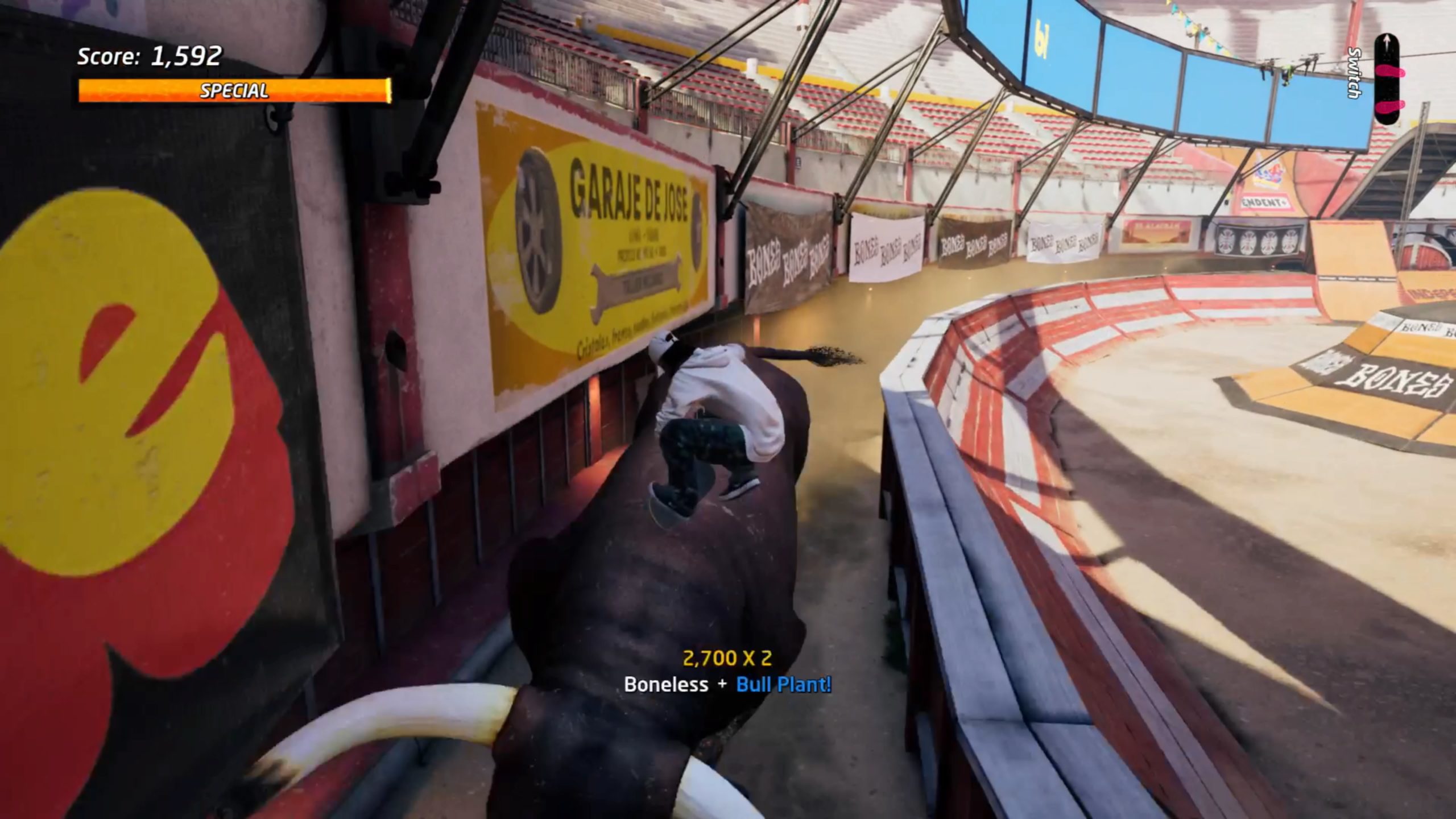 Don’t try this at home

The game offers two modes of play. The first one is career mode, which takes you through either Tony Hawk’s Pro Skater 1 or 2, just as they were originally. The second is free skate mode, where you can choose whichever park from either game and play around however long you want.

In career mode, you have to unlock each level by completing a specific number of goals in the prior levels. Most levels share a lot of the same goals: collecting floating letters that spell “skate,” achieving a certain score, or finding a secret tape. They also all have their own unique goals, like jumping specific gaps, or turning valves. The number to complete increases for every level, so unless you complete every single goal before moving on, you’re likely to revisit some places. Additionally, there are competitions that challenge you to beat a set of scores and which will reward you with medals for finishing in the top three.

Free skate allows you to just play around in whatever park you want. There are also speed runs and single sessions, if you so choose. Single sessions are two minute runs where you try to get as many points as possible. The speed runs time you as you complete all of that park’s career mode goals. My favorite part of free skate is you that don’t have to unlock any levels before you can select them. You will, however, need to complete all the park’s goals in order to do the speed run. 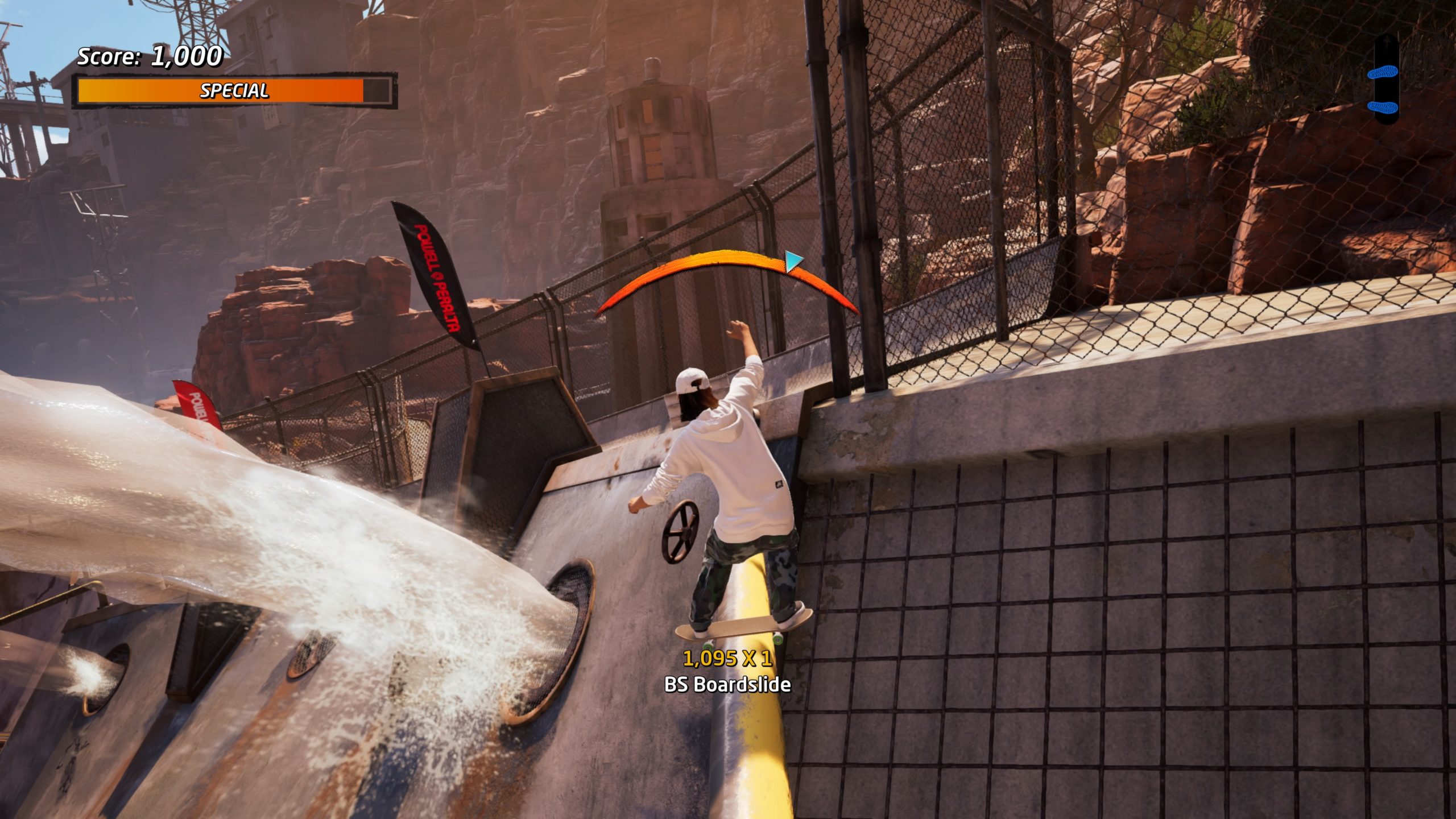 Each park contains collectibles for you to find. Some are easy to spot, while others are very well hidden, such as the alien plushies that unlock a hidden character. 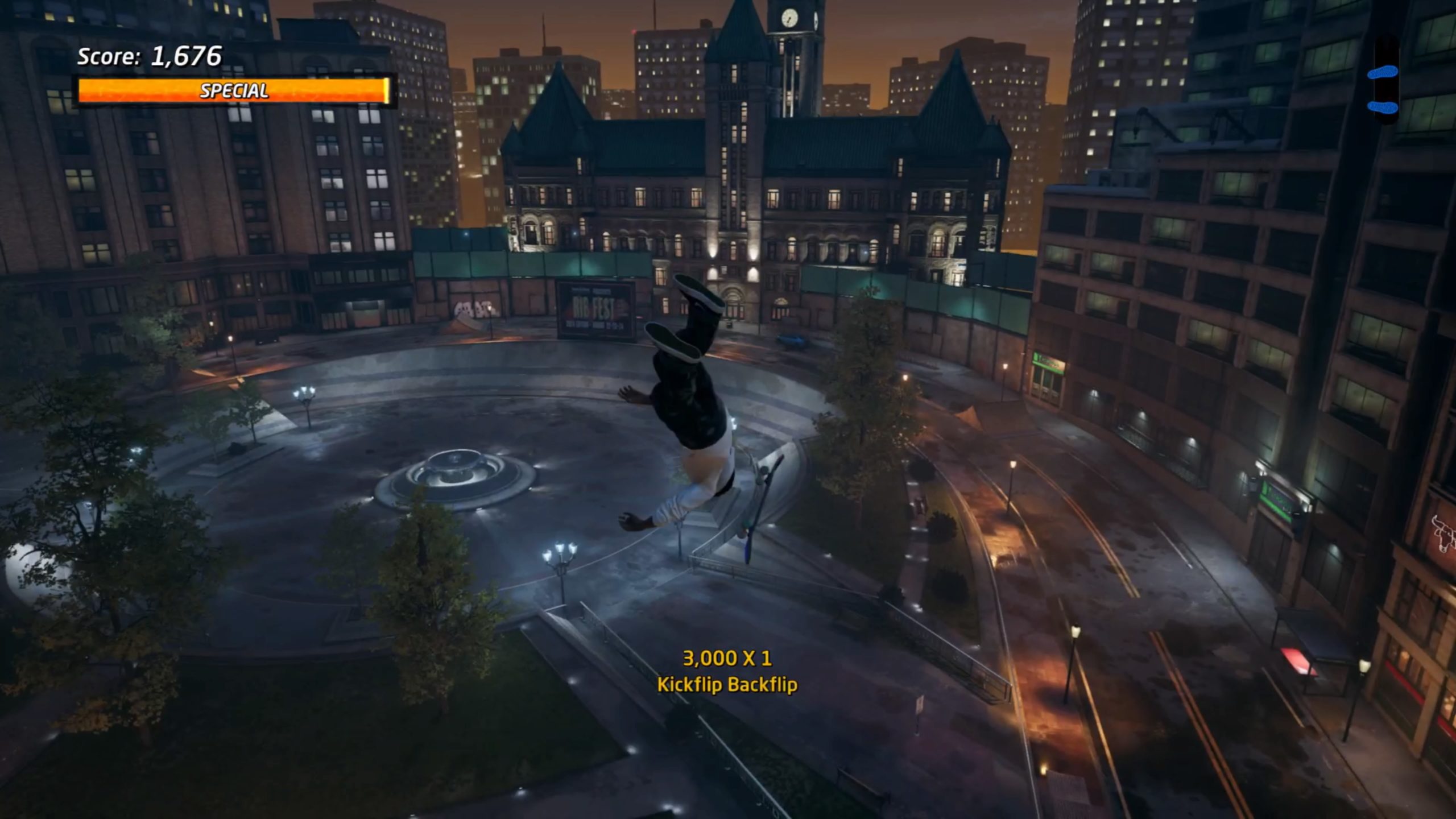 The moment I started the warehouse park was one of the best parts. Nostalgia hit hard, and muscle memory took over and allowed me to get one of the score goals, as well as the secret tape. It still took me several attempts to hit the higher score goals, but thankfully, you don’t have to complete every goal in order to move on to the next park.

Every other level provided another nostalgia trip, though to a lesser degree with each one, perhaps in part to my own fuzzy and incomplete memories. I looked forward to Roswell the most. I was disappointed to find that the alien’s lines have been changed; rather than a rasping voice saying, “Help me…phone home,” it is now a computerized voice translating the alien’s thoughts in complete sentences. Other than that, Roswell is just as I remember. 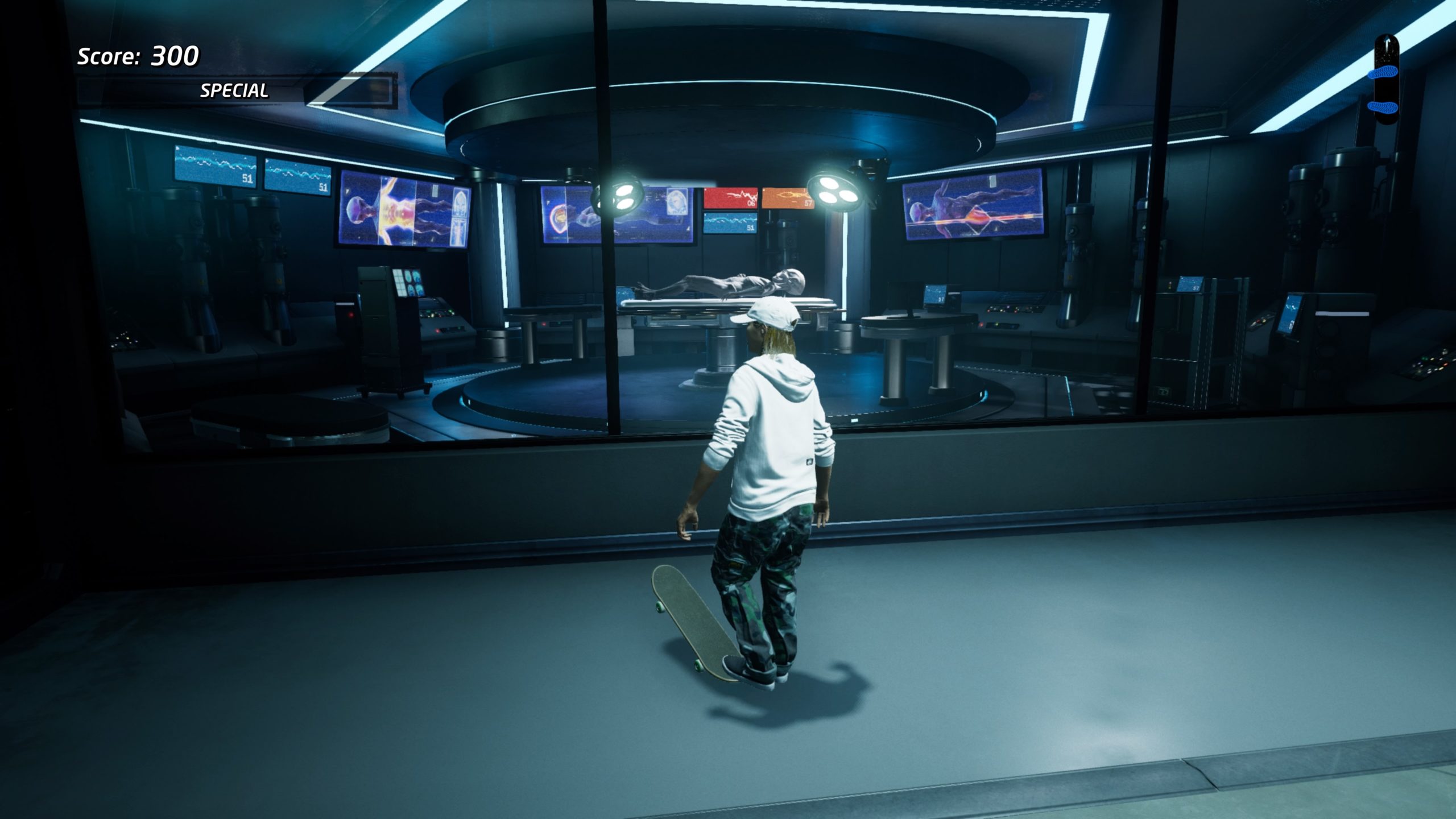 The second game’s levels proved to me that this is a good game apart from the nostalgia. This was my first experience with the parks from 2, while not all of them turn out to be hits—School II and Chopper Drop didn’t do much for me—most of them were equally as fun as those from the first game. I particularly enjoy Philadelphia and The Bullring, which I even prefer over the levels in 1. 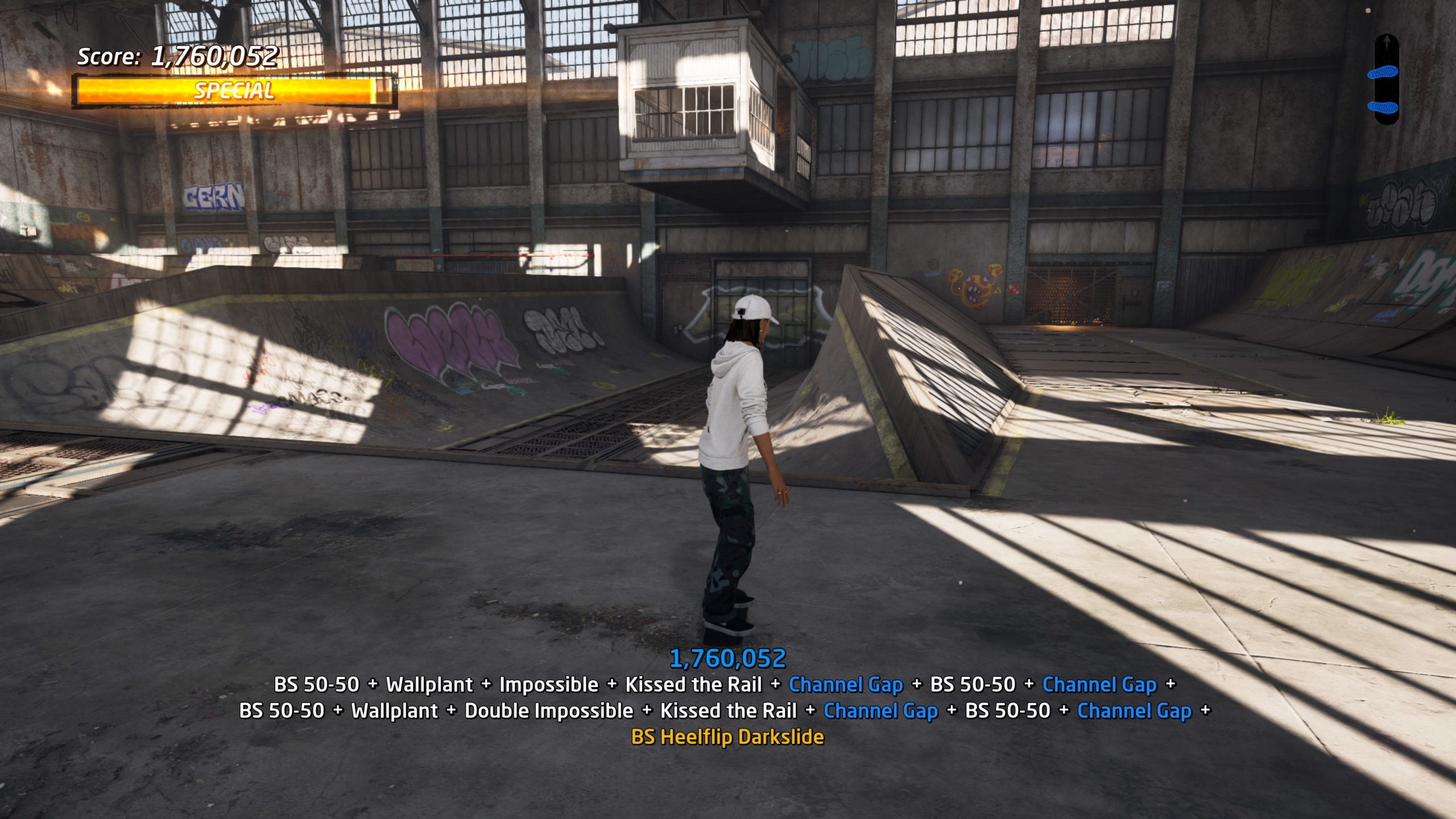 Community levels play a part in the game’s quality of life, made possible due to an in-depth Create-A-Park mode. There’s a learning curve for getting used to all of the various tools, but once you get the hang of it, you’re only limited by your creativity. I’ve never been particularly good at creating levels in any game, so I am very limited.

Something that wasn’t in the original games is the Create-A-Skater feature. In it you select the skater’s hometown, styles, and stance. Afterward, you choose their appearance based on a number of presets. My biggest criticisms here are that most of the models have very large features, which sometimes makes them look more caricature-ish than human. They’re also rather androgynous, making it difficult to tell which gender skater you are creating. Additionally, you can’t select which gender skater you may want to create, as it depends on the face you choose. 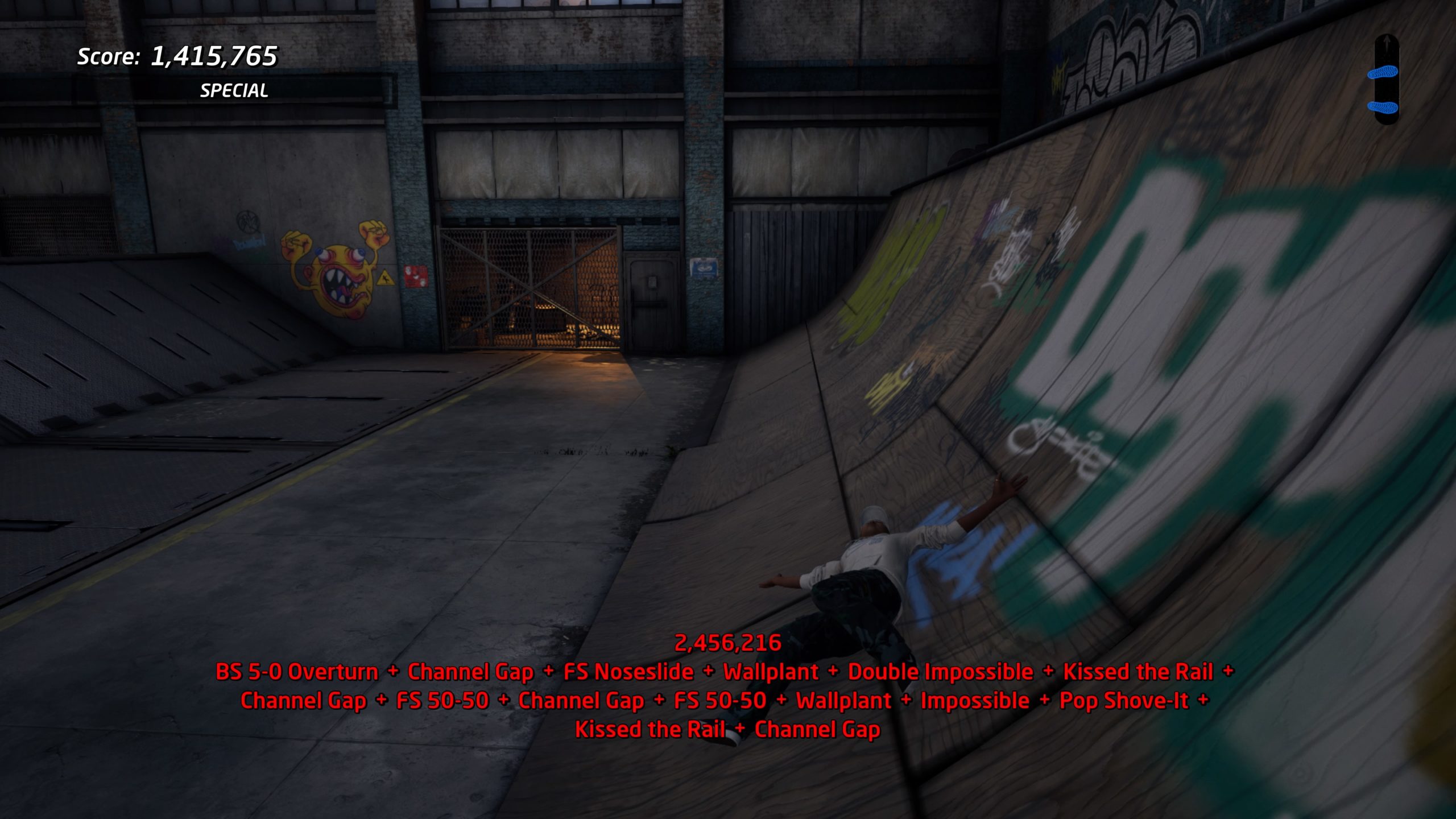 My most heartbreaking loss

Overall, the game is fun that you can Shop online, and worth the price. It’s not revolutionary, but as a remaster of classic titles it does what it set out to do. If nothing else, it’s a good way to spend the evening after a long day. Longtime fans and newcomers can both find value in it.

Not spectacular, but enough fun to be worth the price of admission.