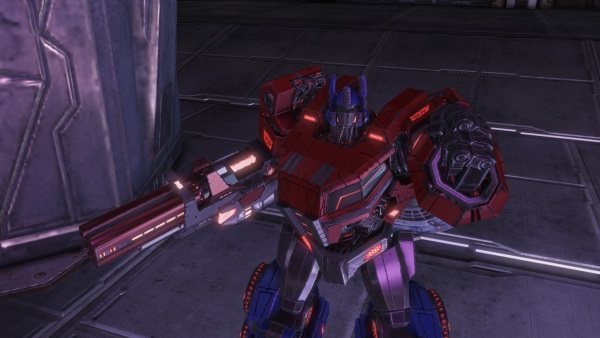 Content Warning
As with the recent other Transformers games (War for Cybertron, Fall of Cybertron, etc), Rise of the Dark Spark is pretty safe for everyone in the family to enjoy.

Many of the Decepticons are your typical bad-guys, what I mean is that they’re self-centered and driven to the point of being condescending and downright mean. They even insult their comrades and call them names, but there’s nothing overtly offensive about any of it. It’s along the lines of what you would see in the typical Saturday morning cartoon.

This game is a third-person shooter, and the typical issues that come with that should be considered. You’re still swinging swords and firing weapons at enemies, blowing them to bits. There is no blood or gore, though, so apart from the animated violence itself, there’s nothing graphic to be concerned about. 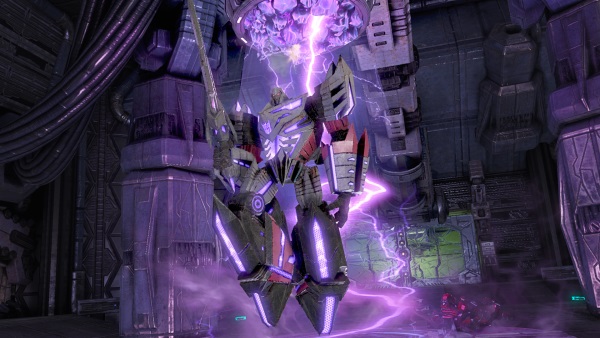 Opening
Over the years, I’ve had an interesting relationship with the Transformers games. Though I was initially skeptical, I very much enjoyed War for Cybertron. I ended up passing by Fall of Cybertron and Dark of the Moon, which received mixed reviews.

Now I’ve had a chance to get my hands on Rise of the Dark Spark, the newest game in the franchise. Again, I was quite skeptical. What I walked away with was the overall impression that I’d beaten a flawed, yet fun shooter. 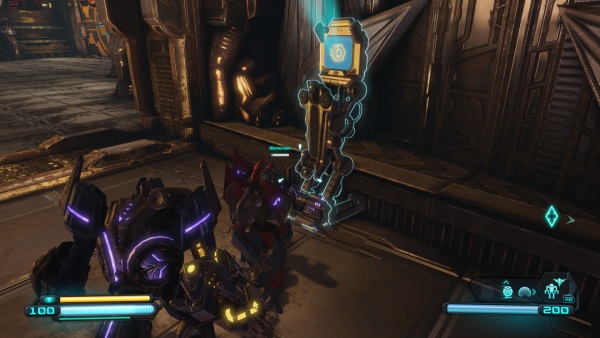 Story
The war between Autobots and Decepticons is in dire straits. The Autobots are down and struggling to survive while construction on the Ark is finished. A mysterious relic known as the “Dark Spark” appears and Megatron is dead set on obtaining it. The antithesis to the Matrix of Leadership (which is housed in Optimus Prime’s chest), the Dark Spark can give its wielder the ability to control other Cybertronians or rend the very fabric of space and time. If it were to fall into Megatron’s hands, all would surely be lost for the Autobots.

The story in Rise of the Dark Spark is hectic and jumpy at best. While you’re playing as the Autobots for the vast majority of the campaign, you’ll briefly be put in the shoes of the Decepticons on occasion as well. Where previous entries had multiple campaigns, RotDS only has one 14-mission story that covers everything from Cybertron to some content after the new film, Age of Extinction.

Each mission will put you in the shoes of a different transformer, from Optimus Prime and Bumblebee, to the samurai-like Drift and the T. Rex-shifting Grimlock and beyond. It’s fun to experience each Transformer, but it can occasionally cause hiccups, which do nothing to help the mediocre storyline. 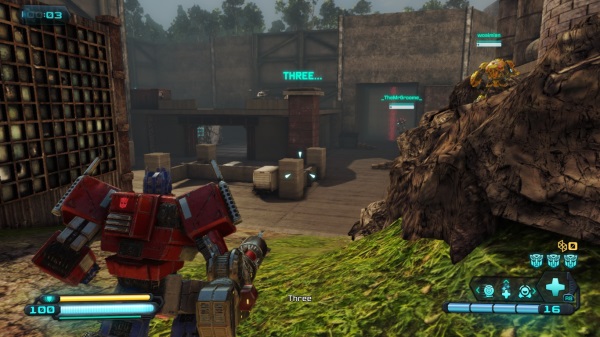 Gameplay
If you’ve played any of the previous Transformers games, you’ll be comfortable with the game’s mechanics. Through each level of the 14-mission campaign you’ll control a different character. You’ll work your way through each stage with a primary and secondary gun, as well as firepower from whatever vehicle form you take on.

The game features several weapons, both primary and secondary, that can be upgraded throughout the game. The variety is fun, but if you’re anything like me, you’ll pick one one or two and stick with them throughout, rendering the rest pointless.

As you level up and complete challenges, you’ll unlock tiered gear boxes. Each of these typically contains weapons, weapon upgrades, characters to use in Escalation mode, and power-ups. The concept is neat, but it ends up being more of a distraction that requires your attention than anything you’ll truly benefit from. 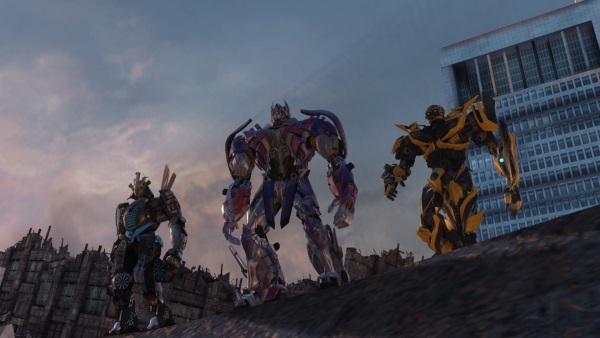 One major complaint I have with the game is with its quickly-shifting difficulty curve. The majority of the game is virtually a cakewalk. Occasional encounters will rain proverbial fire from the heavens, though, reducing you to scrap faster than you can figure out what’s happening. There’s also no mechanism to let you know where you’re being hit from, further adding to the frustration.

One place the game really feels great is in its Escalation mode. This lets you use one of the 40+ transformers you’ll unlock to take on waves of enemies with a few friends. You can buy and upgrade turrets, decoys, acid traps, and more to work through progressively more difficult enemies. While it may not hold your attention longer than a few hours, it’s fun and challenging.

Finally, this is a Transformers game. Unfortunately, you’ll rarely feel the need to swap between forms. Even more frustrating, there are portions of the game where you can’t transform. They’re short, but why would you force someone into a set form when they could empower you to switch at will?

Presentation
Rise of the Dark Spark is a solid looking title on the PC. The voice acting feels as good as any other Transformers title. Unfortunately, many of the areas and enemies feel recycled.

One of the most baffling aspects to me are the cutscenes. The game itself looks great, but the cutscenes themselves look grainy and low-resolution. Even more confusing is that it appears they used in-engine graphics to create the CGI movies. They should have kept these as in-engine affairs and it wouldn’t have been so terribly jarring. 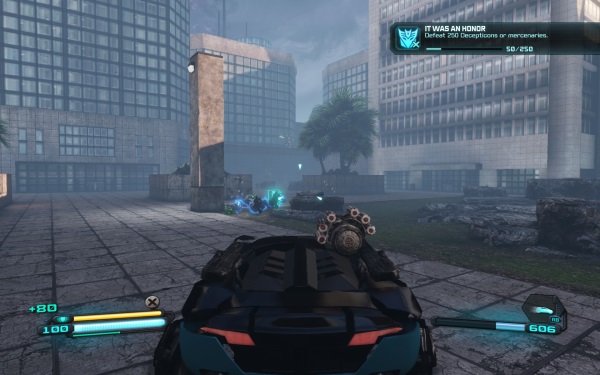 Conclusion
Transformers: Rise of the Dark Spark is a fun third-person shooter that ultimately fails to live up to its legacy. The game has its bright moments and Escalation is fun. Ultimately, however, the game suffers from quite a few design issues and the story feels a bit scattershot. There’s fun here to be had, but only die-hard Transformers fans may overlook some of its flaws.

To see the game in action, check out my recent playthrough of the first level!

Rise of the Dark Spark is a fun but flawed third-person shooter that ultimately fails to live up to its lineage. There are several frustrating issues that hamper the 6-8 hour campaign.