Review: The Turing Test (Xbox One) 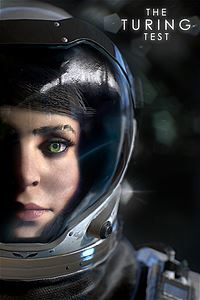 What is morality? When considering this conundrum, most of us can give our answers: don’t kill, don’t steal, follow the golden rule—things of that nature. There are many different approaches to the moral question, and meditating on this is where a game like The Turing Test by Bulkhead Interactive can pull you from just solving a puzzle. A greater motive is a stake, if what you are doing is right or wrong. Let’s take a trip to Europa and discover what the facility is hiding. 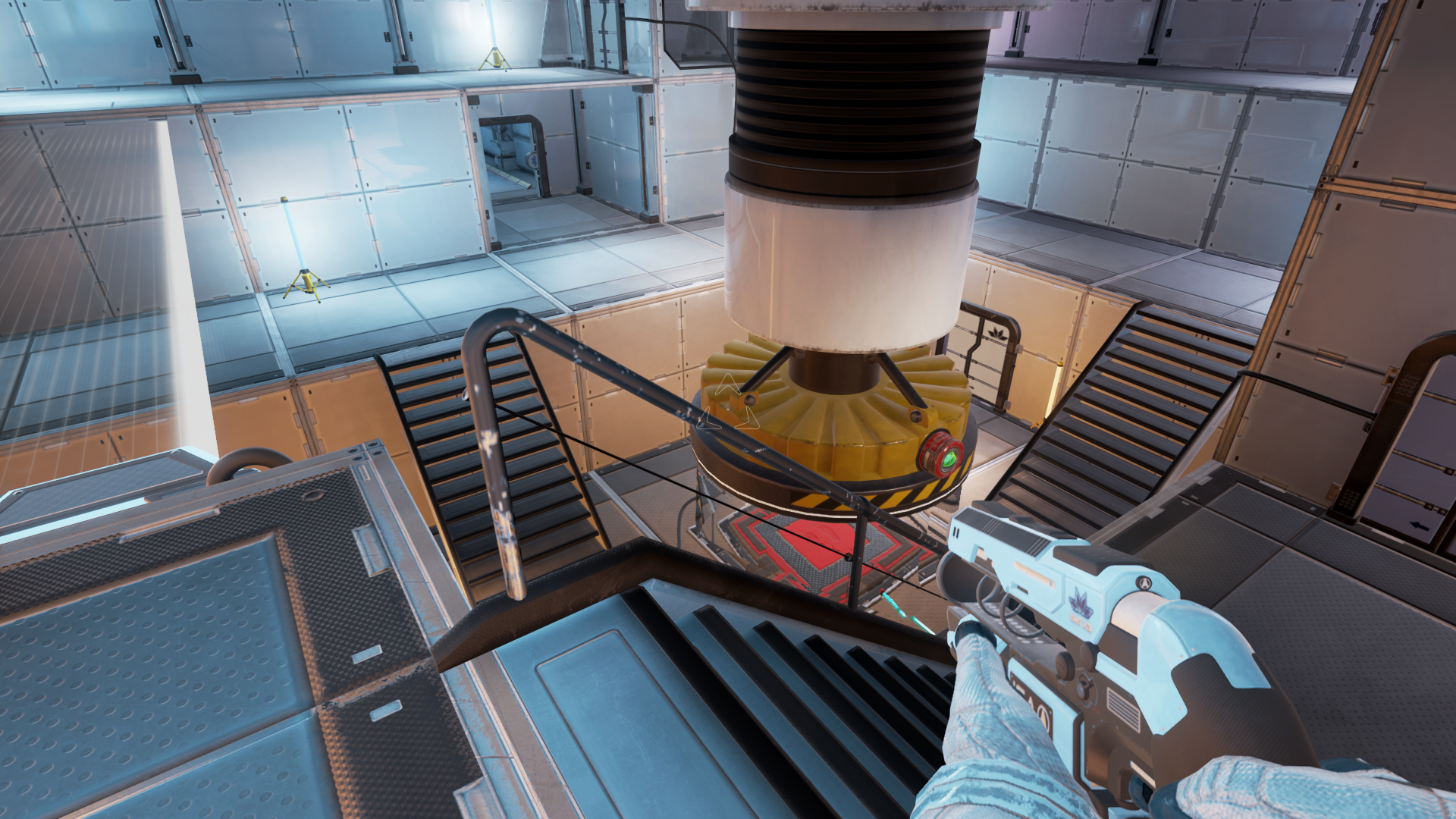 This looks like one of those infinite staircase illusions.

Language: ESRB rates The Turing Test for mild language, but as I went through I never noticed anything. Mild language usually contain the likes of d*** and h***. My idea is I missed audio logs in sections of Europa that do contain these elements.

Other negative themes: There is a moment in the story where a crew member discusses being pregnant with a fellow crew member. That person in turn suggests an abortion.

Positive Content: Despite all of the eerie segments of The Turing Test, there are several pluses in the midst of the minuses. In one area you come across, a Bible verse lies amongst pages talking about the sentience of man versus machine, and whether a machine can be a living soul. Another theme that repeats throughout the story is that of being set free. Without giving away much of the story, part of the game involves your subjugation. The basis of Christian belief lies in salvation, and The Turing Test finds itself treading this theme. 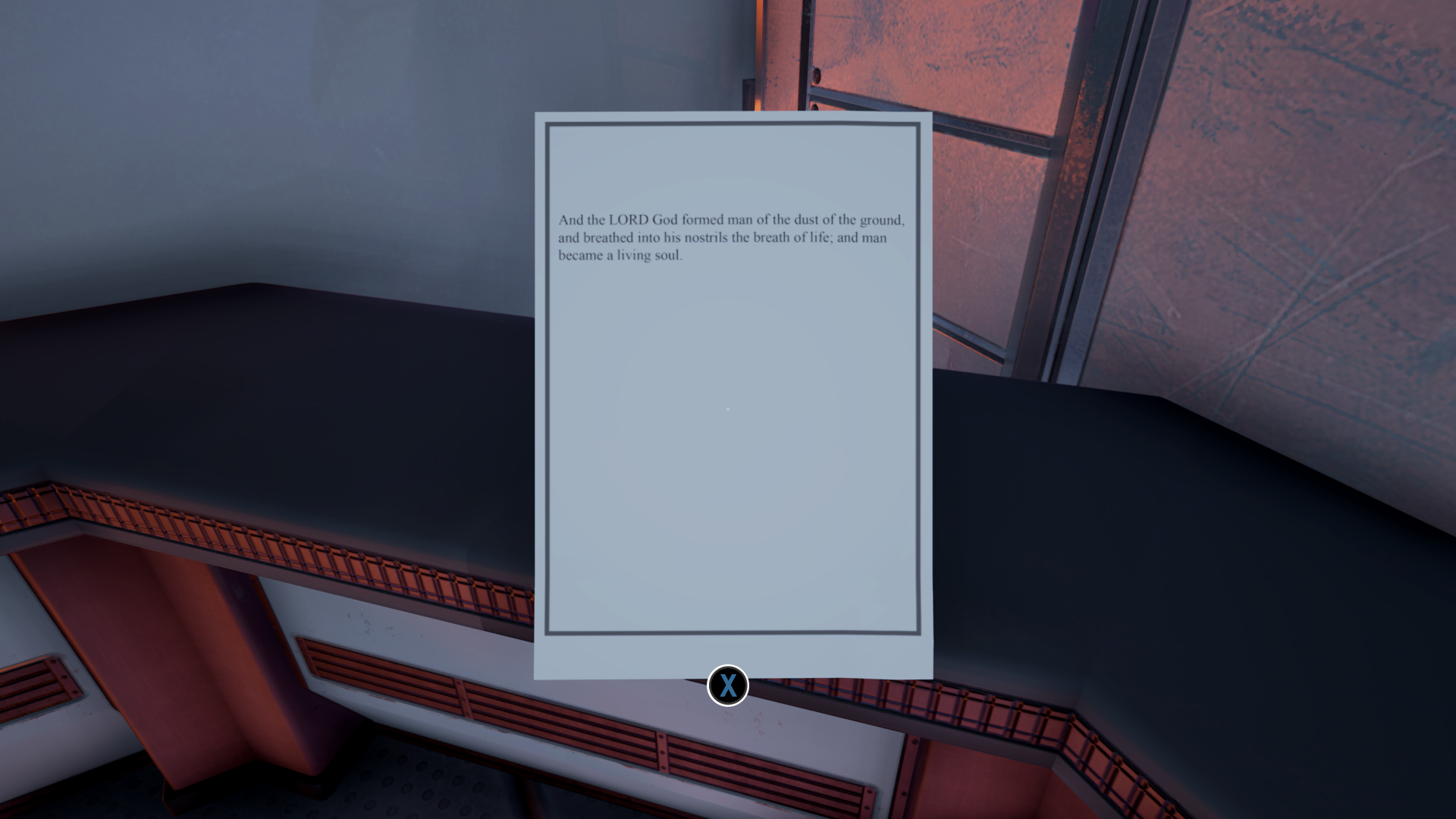 Finding a Bible verse in a video game is pretty awesome.

The Turing Test begins with an enigma. You, Ava Turing, awake in a space station above the surface of Europa. The crew sent to the surface before you is not responding to outside communication. With the nearest help light-years away, only you have the ability to find them. With your trusty A.I. sidekick T.O.M. (Technical Operations Machine) assisting, it should be an easy task to complete. But as you find yourself going further and further into a maze of increasingly difficult puzzles, something dangerous seems afoot.

The Turing Test follows in the footsteps of Portal. Instead of being a prisoner in a strange facility under A.I. control, you are working with an A.I. to solve escape rooms built by humans. The story moves slowly in the beginning, and if you are not willing to endure the monotonous introduction, you will never know the depth of The Turing Test. To counter this, the game provides story elements through audio logs and notes on digital and physical mediums.

This kind of progression can cause you to miss a few things, as bypassing an audio log at a key junction can lead to quizzical expressions. The narrative relies on several big moments that, without a background, can confuse the player. There are multiple twists to the story I did not expect, with a large one in the middle of the game. Setup is necessary, and while The Turing Test’s choices can work there is a better way of adding framework to this adventure. 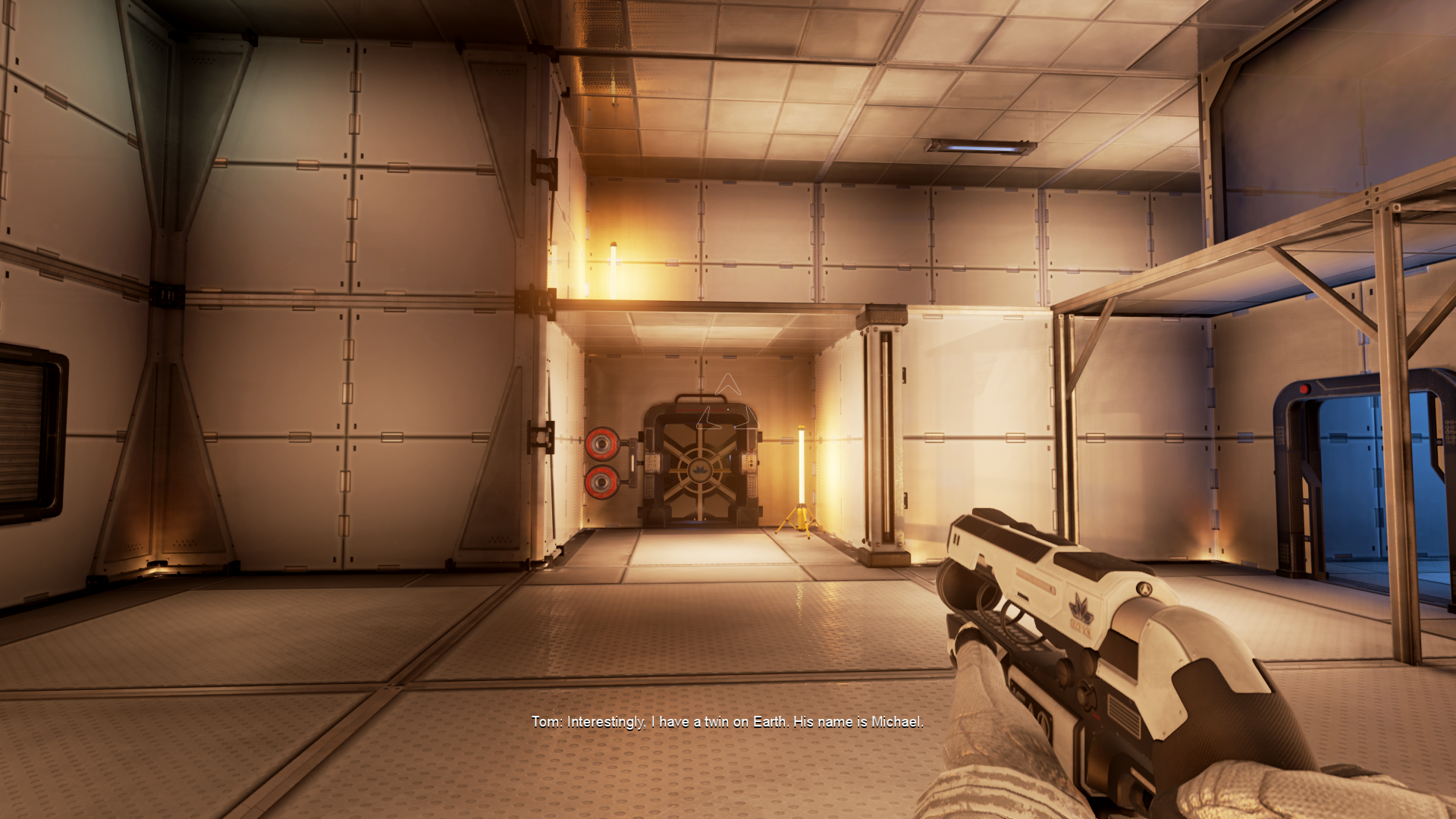 Well, thought there might be a few more unlocked doors on this trip…

There is also an odd choice of interacting with objects. This makes sense for picking up notes or listening to recorded messages, as it pertains to the narrative. However, most games in the genre, like Fallout 4 for instance, utilize this mechanic for finding materials to craft into useful items or for use with a quest. The most you do in The Turing Test is view them.

The Turing Test takes other queues stemming from one of Valve’s greatest hits in the gameplay. You pick up an EMT (energy manipulation tool) early on, which is the basis for your puzzles. The gun retrieves energy cells from hubs around each room. In order to escape to the next, you must place them in different sockets. As you move on, different energy particles and tools such as an RC robot change your view of how to solve each enigma. The game wonderfully utilizes each element to transform your mindset.

The loading times are horrendous. There are seven total chapters of The Turing Test with 10 puzzles in between. As soon as one is completed and you exit, a quick loading screen pops up (shown below). This takes a few extra seconds, but I wish they could have been hidden behind a cutscene or something similar. 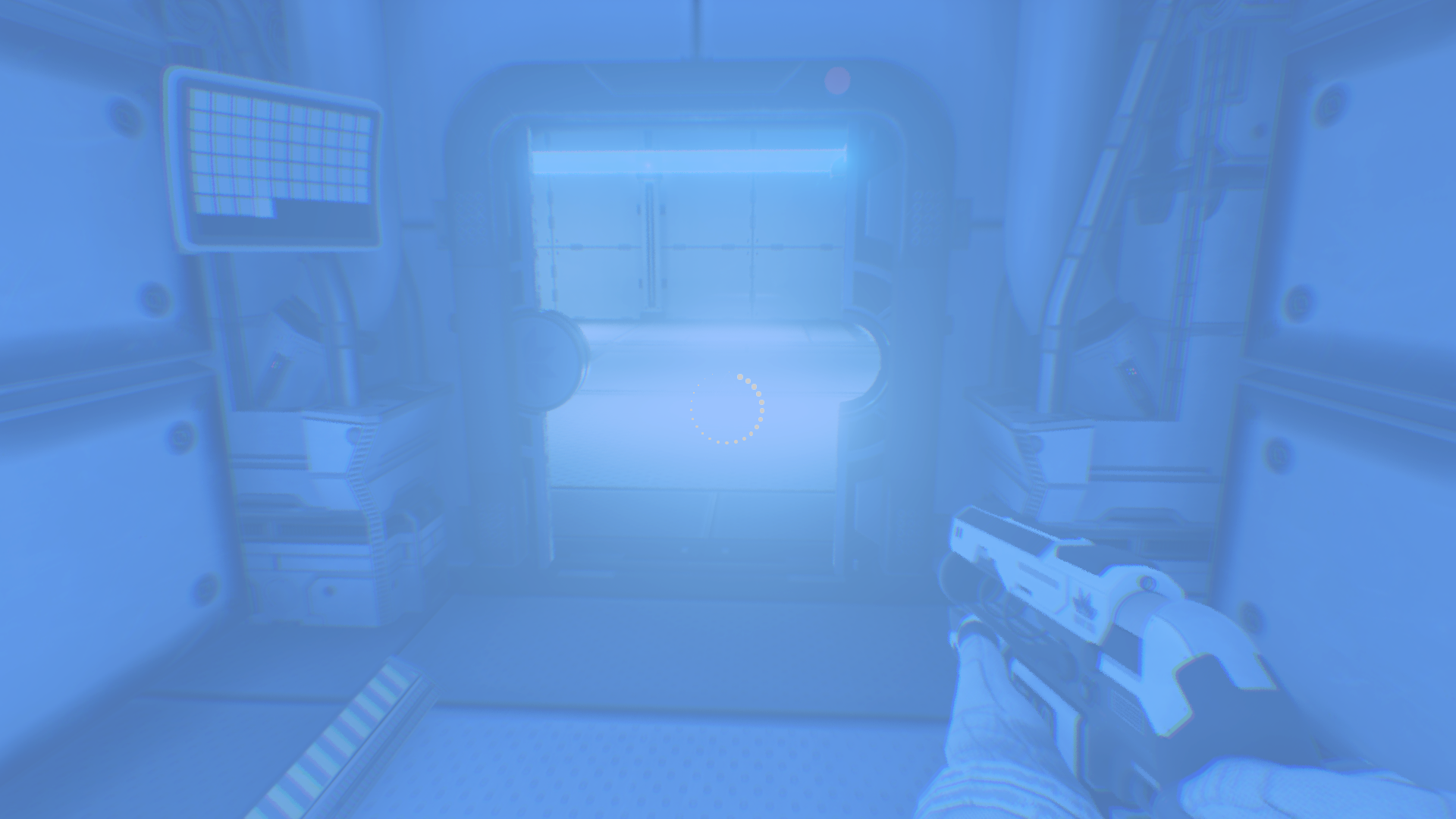 Loading screens can be quite annoying. Especially after every room.

The visuals for The Turing Test are incredible, but simple. From the moment you look into space from the shuttle to Europa, to the icy caverns leading to the crew’s possible location, most every detail has been well-crafted. You do not always expect this level of design competence from a free Xbox Games with Gold indie title, but Bulkhead Interactive succeeds. This is a title that needs VR support. The soundtrack is also very quiet and ambient which enriches the gameplay rather than detracts from it.

The end of The Turing Test is a sight to behold. As you discover the secret of the mission to Europa, everything changes—your perception of the morality of what your organization, the ISA, is doing—your belief in T.O.M.’s true goals. Due to the story’s nature, I do not want to reveal much of the story due to spoilers, but I will say it is rewarding to complete. The narrative pulls you from different moral angles and challenges you in the final decisions you make. 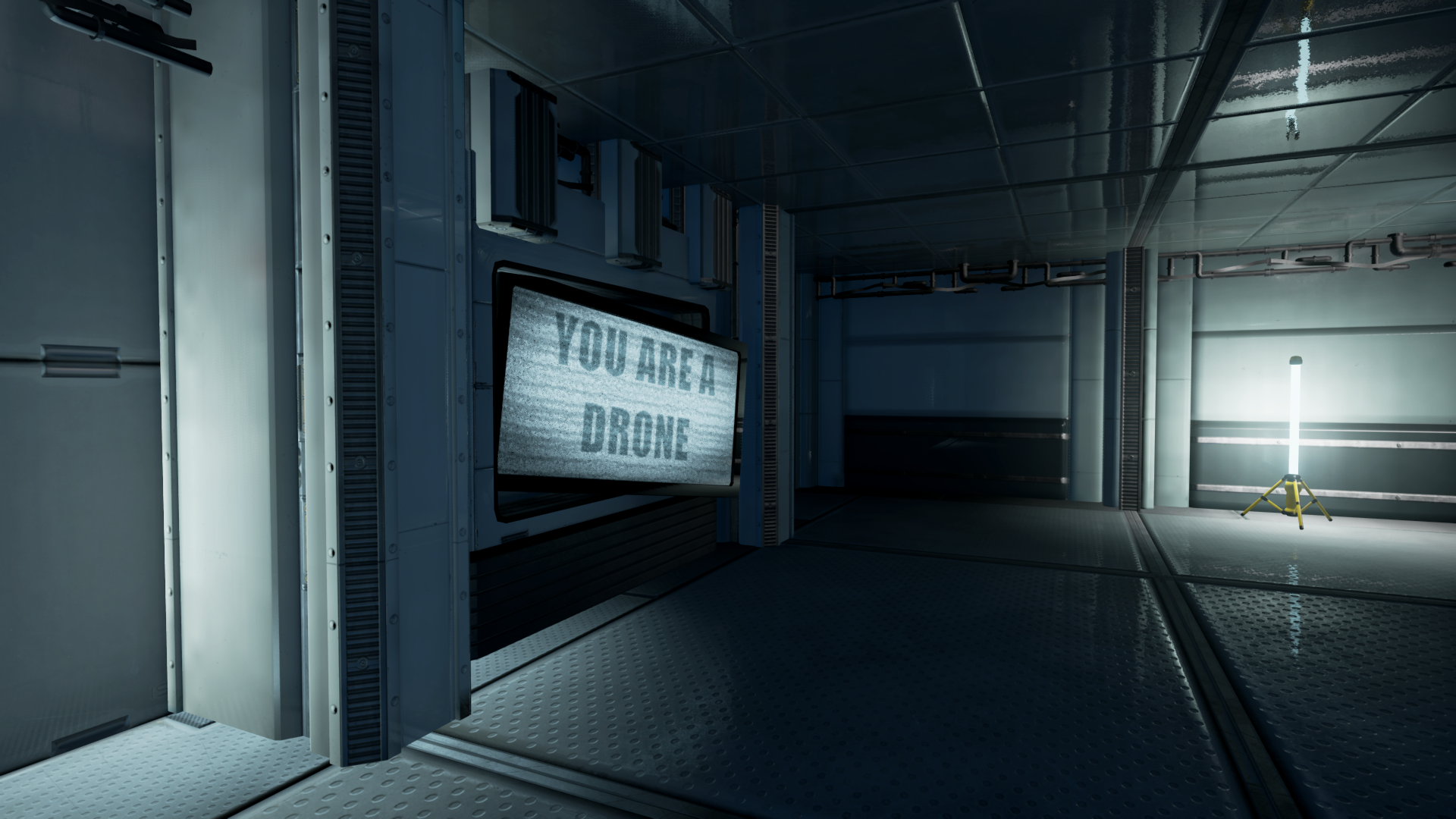 That’s not creepy at all.

My foray into The Turing Test is an intriguing one. The game starts slow, but has a strong finish. The gameplay is fun, and the graphics are beautiful. While more depth to environmental interactions and a more straightforward story could be desired, The Turing Test accomplishes what it sets out to do, creating a compelling story and intricate puzzler.

The Turing Test is a pleasure to play. Its Portal-esque design lends itself well to its narrative. Even with a slow beginning and poor interactivity, Turing Test overcomes these to deliver a mind-altering conclusion to its adventure.