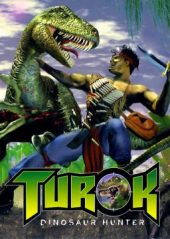 The days of the Nintendo 64 were some of my fondest memories in gaming. That is where I was first introduced to the world of The Legend of Zelda, sunk many hours into Super Mario 64, and constantly battled cousins and siblings in Pokemon Stadium and the original Super Smash Bros. This time period was also responsible for taking me further into the first-person shooter genre. We had both Goldeneye and Turok at the time, in what is considered to be a legendary year for gaming itself—1997.

If you were to go back and try to play some of these, it would easily be the controller that might throw everything off. That controller is infamous for its shape and layout, and FPS games hadn’t quite hit their stride on consoles yet. The last time I tried Goldeneye was not a pleasant experience, and I believe it would’ve been the same for Turok if I was reviewing the N64 version. Yes, this version of Turok is an improved and remastered version that is now available on Steam and Xbox One. Don’t forget your nostalgia goggles, because we are going for a ride!

Violence: Turok is a first person shooter in which players use a variety of guns to kill enemies. These enemies are various human henchmen and a variety of creatures, dinosaurs, and animals. The enemies also attack the player with various guns and melee weapons as well. While the animals will bite and slash at the player as well. In fact, one of the bosses is actually a T-Rex that shoots lasers and breathes fire.

The default settings include blood, but in the options menu it is possible to change the blood green or turn it off completely if you choose to do so. Enemies bleed when being shot at or slashed at with the knife. In the environment there are a few times where eaten carcasses can be seen and human skulls and skeletons sometimes appear in a stage as well. As the player enters one of the boss fights there are bodies hanging in the air, but none of them have been treated violently. Some stages include swinging bladed death traps that can deal damage to the the player.

Spiritual Themes: There is a pickup that players can grab that is labeled “Spiritual Invulnerability.” This pickup slows down time and makes the player invincible for a short time. Save points also seem to be some kind of altar, and the player also respawns at this points upon defeat. 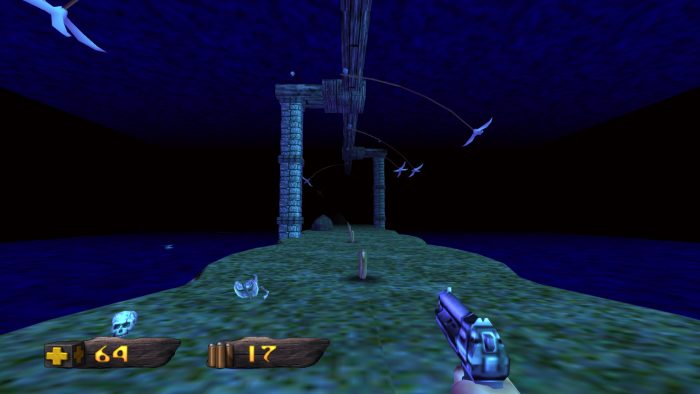 When I first heard that Turok was coming to Steam, I was very excited, but also very hesitant. Some games don’t age well at all, and I felt this would be one of them—this is thankfully not just some port. Night Dive Studios are the guys responsible for the enhanced version of System Shock and working on the remake of the same name. Everything from graphics to controls and gameplay have been improved upon to make the experience more modern. I think it’s safe to say that my memories of this game are not tarnished.

One of the first things I noticed was the movement, and rightfully so. Compared to today’s standards, playing a shooter was a Nintendo 64 control was rough; movement was mapped to the C buttons while the act of looking was done with the stick in the center. I could not imagine trying to play this game with that controller now, especially since there is a great amount of platforming involved. The good ol’ mouse and keyboard have been adapted to work smoothly, and makes the game feel fast paced in such a way that I do not remember. 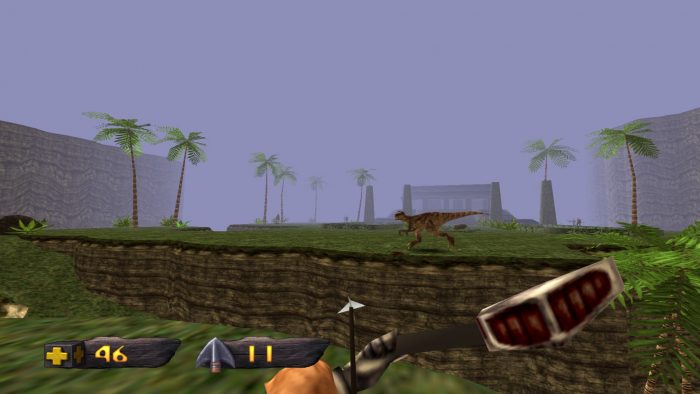 The fast paced nature of the combat reminds me of the newest version of Doom that came out in 2016. I enjoyed running around the stages and dodging enemy attacks only to blast them away with my shotgun—all I needed was some glory kills. Every weapon still feels great to use, and the animations of the enemies being shot still do well in feeling like the weapons do real damage. The high powered weapons are always fun to tear up enemies with, but using the bow is very satisfying. I had to wonder if anyone has ever attempted a bow/knife only run. 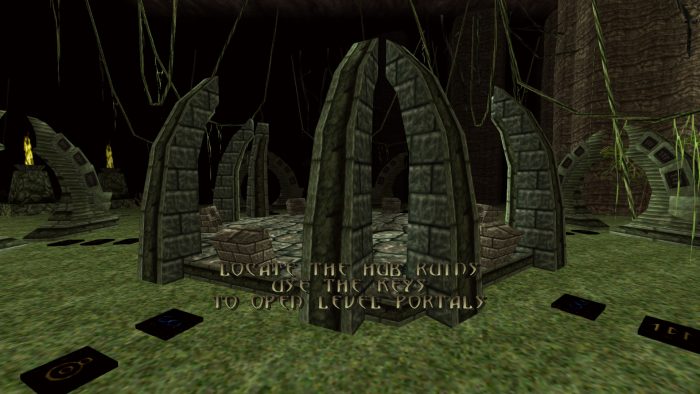 Aside from blasting our enemies away, the basic objective of Turok is to collect three keys for every stage. This is a format that the FPS games of old were known for, and encourages players to explore every edge of the world they can get to. One of the boasted features of this remaster is improved level design, and to my surprise I was actually able to grab the minigun  early on in the game when this was not intended in the original version. With eight levels and a handful of bosses, Turok has a solid amount of exploration to go with the action.

Every graphical improvement you could ever want is here, other than a complete graphical overhaul of course. You can play the game in the highest resolutions, and textures have been updated to reflect that. Improved lighting and water effects have also been added to create a more immersive experience. I was surprised to find that the water actually has a reflection.  The lighting effects, however, are less noticeable on most locations. All of these improvements are welcome, and I imagine that the Steam Workshop community is likely working to make things look even better. 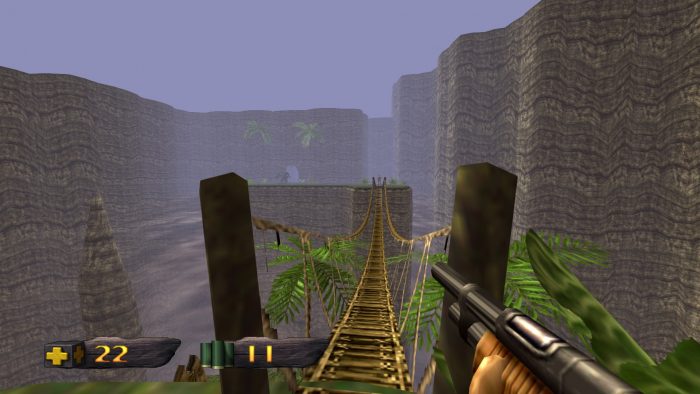 Coming back to Turok has largely been a pleasant experience, but there are a few things that still make it show its age. First of all is the life system. It seems odd even for the time period of the first person shooter to have a numbered amount of lives; I don’t recall even the original Doom having that. It makes the game much harder to enjoy and took me out of the experience very quickly until I decided to use the infinite lives cheat and actually have a better shot at making some progress. The save system is also still present as save points are fairly spread out and felt odd at first. Although, I did gain an appreciation since it created a Souls-like urgency to make it through every encounter even with the spread out checkpoints.

I did mention the cheat above, which was also a fun feature to play around with in the old days. As a kid I would activate “all weapons” and warp to the T-Rex and the Campaigner boss levels. However, my favorites were always those that were visual-centric: pen and ink mode, spiritual mode, and a disco mode that would have the enemies having the largest dance party across an entire video game. The others I would enjoy are the tiny enemies and big head modes. This cheat menu is very fun to play around with, and brought back some fond memories just as the rest of the game does. Cheat modes are not so common these days, and this one is a big reminder of what were simpler times for me. 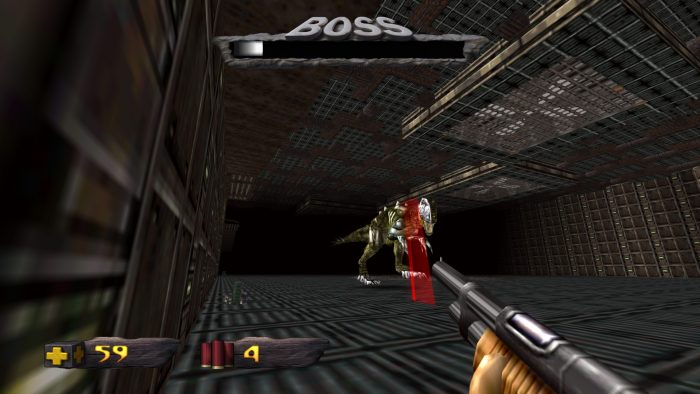 Going back to Turok has been a great time—a memory that has been well preserved with this remaster. Night Dive Studios has shown their dedication with older games like these in the past, and they continue to do so with this one. The visuals have not seen a massive update like some people might want, but gameplay was most important to me. Blasting bad guys and dinosaurs still holds up, if not more entertaining with the fluid movement of a mouse and keyboard. Don’t bother trying to play this game on the old N64 when this version is readily available now on Steam. Turok 2 is also available now ; that may be a review we will tackle another time.

Thanks to the work of Night Dive Studios, the memories of my childhood remain intact. Turok has come back with improved graphics and optimized gameplay. While some features do feel outdated, this is the definitive version of Turok: Dinosaur Hunter.