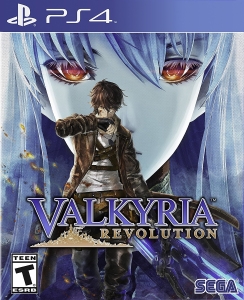 Valkyria Chronicles has long been one of Sega’s darlings, gaining enough popularity to warrant a PC release, a PlayStation 4 remaster, and several sequels in its own right. Now, nearly a decade after its initial release, Sega has delivered Valkyria Revolution, a spin-off sequel to the popular game. After 35-40 hours with Revolution, I think I can confidently say Sega won’t see that level of success again, even at its budget price point.

The Valkyrie is, in her own right, a sort of spiritual being. She carries a scythe and often dresses like the traditional Grim Reaper. She is clearly an otherworldly being, inhabiting the body of an unwilling person who managed to meet certain specifications. She’s controlled by the emperor of the Ruzi empire via a ring he wears and she sings a dirge (death song) that can slaughter any that hear it, friend and foe alike. There’s also a magical resource known in the game as ragnite, which allows wielders to cast powerful magic spells.

There are occasional splashes of blood, but there is no major gore or dismemberment to be concerned with. 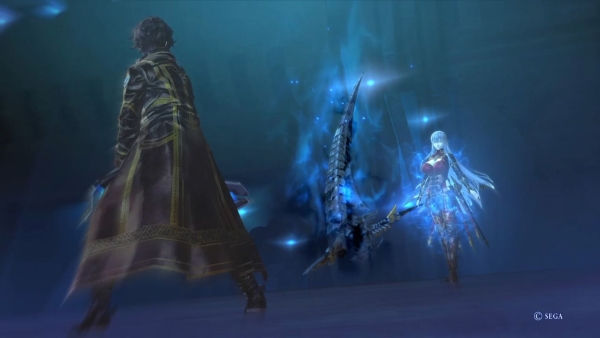 Our hero, Amleth, and the Valkyrie

There’s a fair deal of language used throughout the game. Though this reviewer does not recall the F*** word, you can expect anything else you may hear in a PG-13 movie to be fair game, including, s*** and a**hole.

The game’s dialog can get raunchy at times, commenting on the physical features of the ladies in the game or slandering them with promiscuous terminology. One of the primary members of “The Five Traitors,” Violette, is quite buxom and wears a top that is just shy of being pornographic. The Valkyrie wears armor, but has a ridiculously largely-proportioned chest, clearly designed for “fan service.”

There is a substantial amount of drinking in the game. One member of your squad in particular is widely known as a drunkard and spends all of his time off the battlefield in the local bar. Violette often has conversations with our main protagonist, Amleth, over wine, discussing how they used to get completely smashed or how their drunkenness makes things easier.

Despite all of their flaws, all of Jutland’s characters continue to fight the war for their country, for a sense of patriotism. Amleth, as a member of The Five Traitors, realizes the situation he’s put his country in and gives them a way out of it. Beyond that, the princess is a member of the Anti-Valkyria Squad, which Amleth leads, and he vows to keep her safe on the battlefield despite everything else going on. 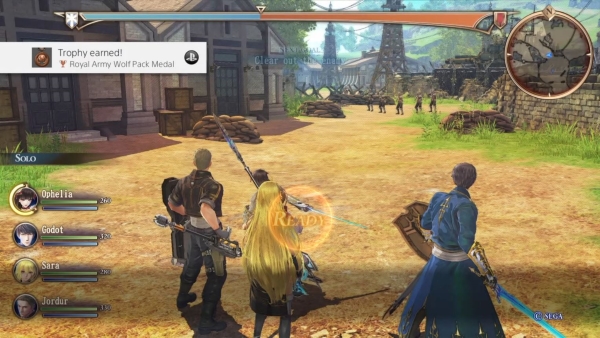 Let’s get a few things straight out of the gate. I was excited for Valkyria Revolution when it was released. It did not take very long for my opinion on that to sour. I forced myself to finish the game out of a sense of duty and completion, but the vast majority of time I spent with the game was a slog I wish I could’ve taken back. Valkyria Revolution is worth neither your money (even as a budget title) nor your time, which is far more precious. On top of that, the game is disrespectful to the player with regards to how it has you spend your time. Purchase at your own risk!

Despite a small handful of interesting gameplay mechanics, like upgrading weaponry and new spells, Valkyria Revolution is not worth playing. It touts itself as an action roleplaying game. I suppose in the strictest sense of the words, that’s true, but it doesn’t follow the same mechanical guidelines other action roleplaying games like Dark Souls, Diablo, and Mass Effect do. You have a squad of a dozen or so soldiers at your disposal, each adhering to one of a handful of classes. You can pick up to four for each mission. Once you’re in the combat zone, you run around in real time, able to pause the action and issue commands (like throwing grenades to specific locations or casting spells at specific targets) as well as attacking. Attacking, though, isn’t action-oriented like other titles. Here, it’s more like issuing an attack command and, regardless of what happens, you’re locked into the full animation, even if that’s 3-4 strikes. 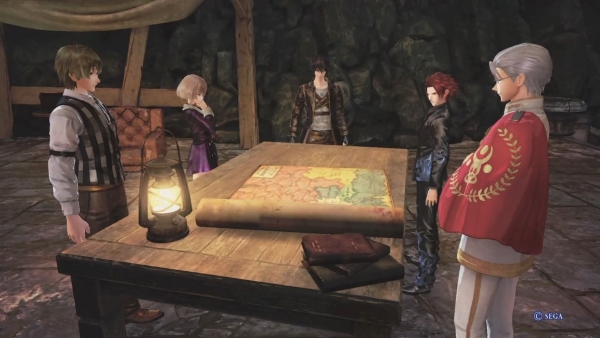 The Five Traitors set the wheels in motion

Unfortunately, the combat is downright mundane. You’ll encounter a handful of enemy types but once you figure out how to handle each, you’ll spend your time fighting them ad nauseam. With only a small handful of exceptions, even many boss monsters are reused. At best, it’s boring and poorly designed. At worst, it’s a malevolently disrespectful waste of time.

To compound the problems with core mission gameplay, Valkyria Revolution demands that you grind incessantly. There’s a mission select screen that shifts throughout the game. It offers some missions you can do for extra experience and loot. At times, there are missions that, should you fail to complete them, will result in the loss of territory you’d already earned through story missions. If there was some variety and meaningful payoff for doing these side missions, it wouldn’t be so bad. As it was, I spent 10 hours grinding repetitive side missions and was still 20 levels under the final boss when I reached it. As I’ve said, play this game at your own risk. 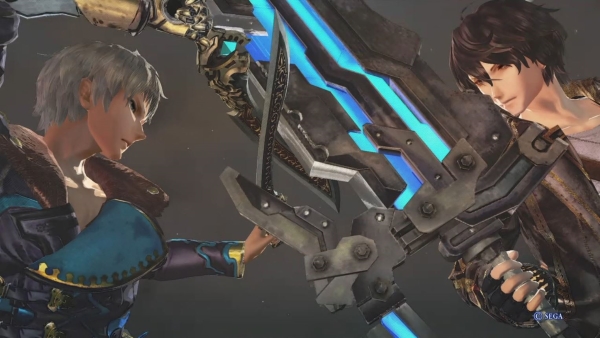 In truth, the narrative really doesn’t do much to help detract from the poor gameplay. It’s definitely the most interesting aspect of the game, though. The story focuses on Amleth, a soldier and leader of the Anti-Valkyria Squad. He and four friends witnessed their caretaker being kidnapped and their orphanage burned to the ground by leaders of the Ruzi empire when they were children. Now, as adults, they’ve each worked their way into critical positions in the Jutland infrastructure, and they’re leveraging that power to execute a war, ultimately to exact revenge for what happened to their orphanage years earlier.

I actually quite enjoyed the overarching narrative. The problem is that none of the main players are very well done characters on their own. The voice acting is great, but the lines they’re given to read for the situations that they characters are placed into land more often than not. Ignoring the gameplay, the story itself is probably still long enough to warrant a full-blown one-season anime. Done properly, I believe that could be a fantastic show. When it’s all wrapped up around poor, repetitive gameplay, it fails to please. 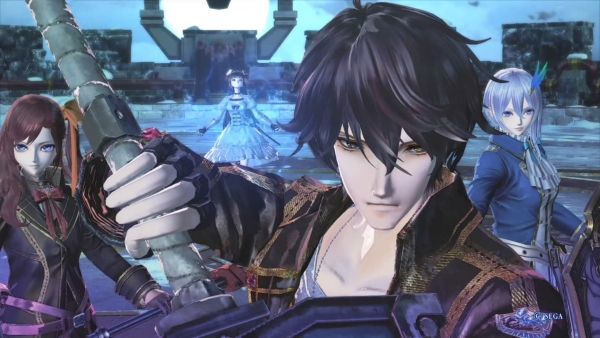 Visually, the game maintains the painterly sort of visual design the Valkyria franchise is known for. The game looks great in screenshots. In motion, however, there’s something completely different going on. The game has substantial visual stuttering when there’s a lot happening on-screen. The animation feels lackluster throughout the game as well, both in action and, at times, in cutscenes.

I genuinely like the game’s theme song, but there’s really nothing more to complement it. The voice acting is great but the script just isn’t there to support the vocal talent. With a cast full of top tier talent that’s appeared in anime series like Hunter x Hunter, Fairy Tale, The Seven Deadly Sins, and more, there’s no reason the cast shouldn’t shine. 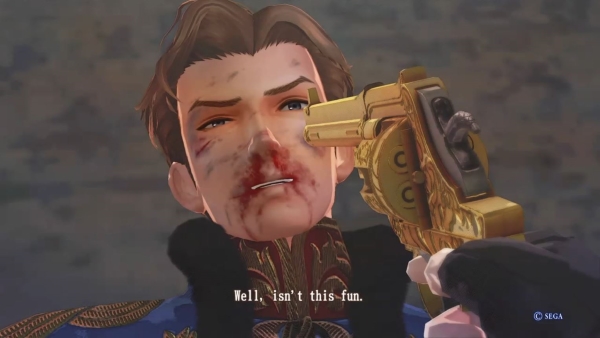 I felt the same way when I finished the game.

Despite a genuinely interesting story and great voice acting, Valkyria Revolution falls woefully short. The repetitive gameplay mechanics are aggressively disrespectful of players’ time and boring to boot. Despite the game looking beautiful in stills, it’s less appealing in motion. Bring this back as an anime with the same voice cast and reworked dialog, and it’ll be worth our time. As it stands, I can’t possibly recommend you waste your time or money funding Sega’s latest anime war.

Valkyria Revolution should have been a single-season anime. Instead, we've gotten a game that's frustrating on the surface, boring in practice, and infuriating to reflect on. Save both your time and money.