I ran, I ran so fast sometimes 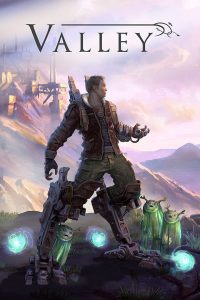 What would you do if you had the power to give and take life on a whim? What if everything around you started to die after you re-spawn? What do these questions hold in store? Time to find out.

Violence: You can shoot energy at aggressive denizens of the valley to earn more energy. Conversely, life can be given to all living beings in the game; trees, animals, and spirits. When you die, the screen cuts to black and fades in to a respawn and some of nature dies as a result.

Language: “D*mn” is used a couple of times. 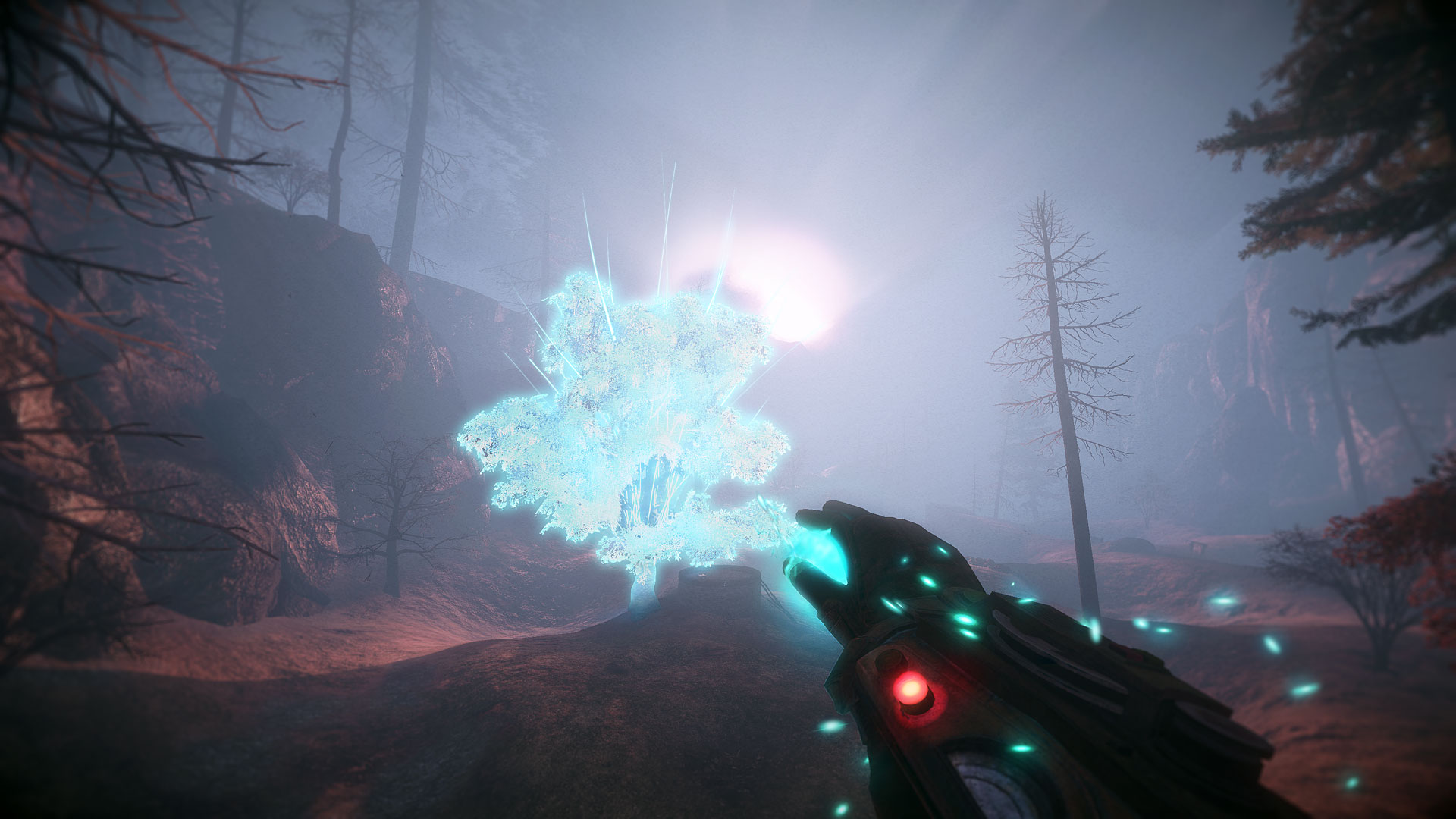 Spiritual Content: Near the end of the story, you face off against the spirit of the Wendigo. Through audio logs played during your journey, you discover the original inhabitants worshiped and feared these spirits and were seen as both spirits of greed and famine. They believed one could transform into these spirits either by partaking in cannibalism or by consuming without stopping. You can find statues dedicated to these spirits in various parts of the world. The question of whether humans should have the power to give and take life whenever they please is raised, but never fully explained. Another question is presented when it comes to what happens when we die. There is nothing else truly discussed in a deeper fashion.

Valley is a decent mashup of ideas that seem often to be at odds with each other. On one hand, the story asks some hefty questions about how fragile life is and the cost of being able to give and take it on a whim. On the other, these questions are dropped without much resolution and switches to a doomsday type scenario you are tasked to stop. 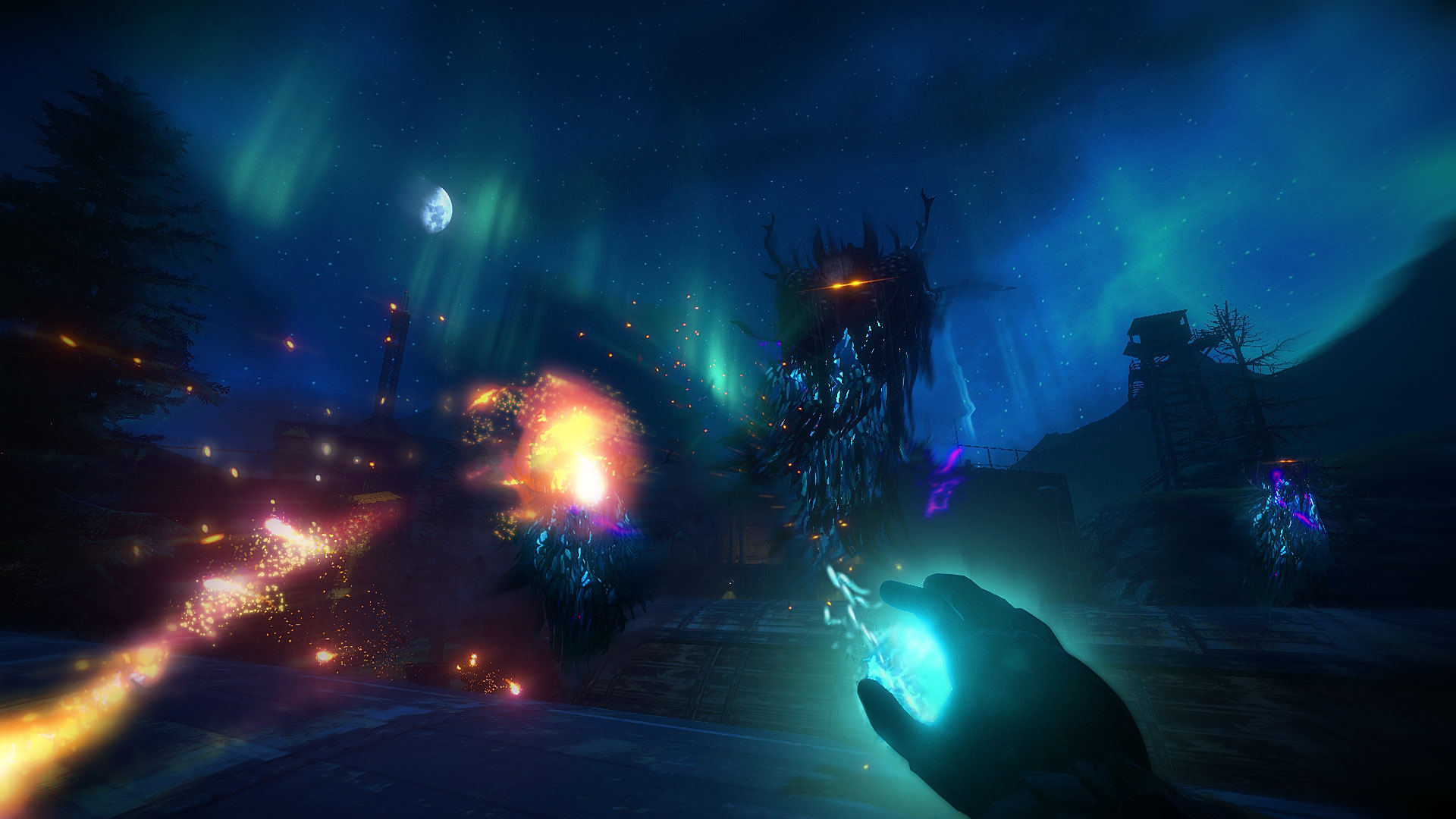 The story starts with your character, an archaeologist, searching for the lifeseed, a mythical object born of the Titan Tree, said to have world shattering power. While on your search, you discover an abandoned WWII project, called Pendulum, that provides a L.E.A.F. suit (Leap Effortlessly through Air Functionality) allowing you to sprint like a cheetah and jump higher than anyone could ever dream of. The head of this project is looking to use the lifeseed to power a bomb that rivals that of the Manhattan Project. You learn more and more about the valley and Pendulum through finding notes written by various crew hidden throughout the world. While this makes the valley appear alive, it still feels hollow and empty.

Included in the L.E.A.F. suit is the ability to give and take life from living entities around the game, mainly trees and deer, and use it to power the various suit functions unlocked in the game. These include double jumping, a grappling hook, and magnet boots. You can also unlock energy tanks that store the energy gathered to power these new abilities. All of this is at the cost or gain of “amrita”, the energy that flows through the world of Valley. 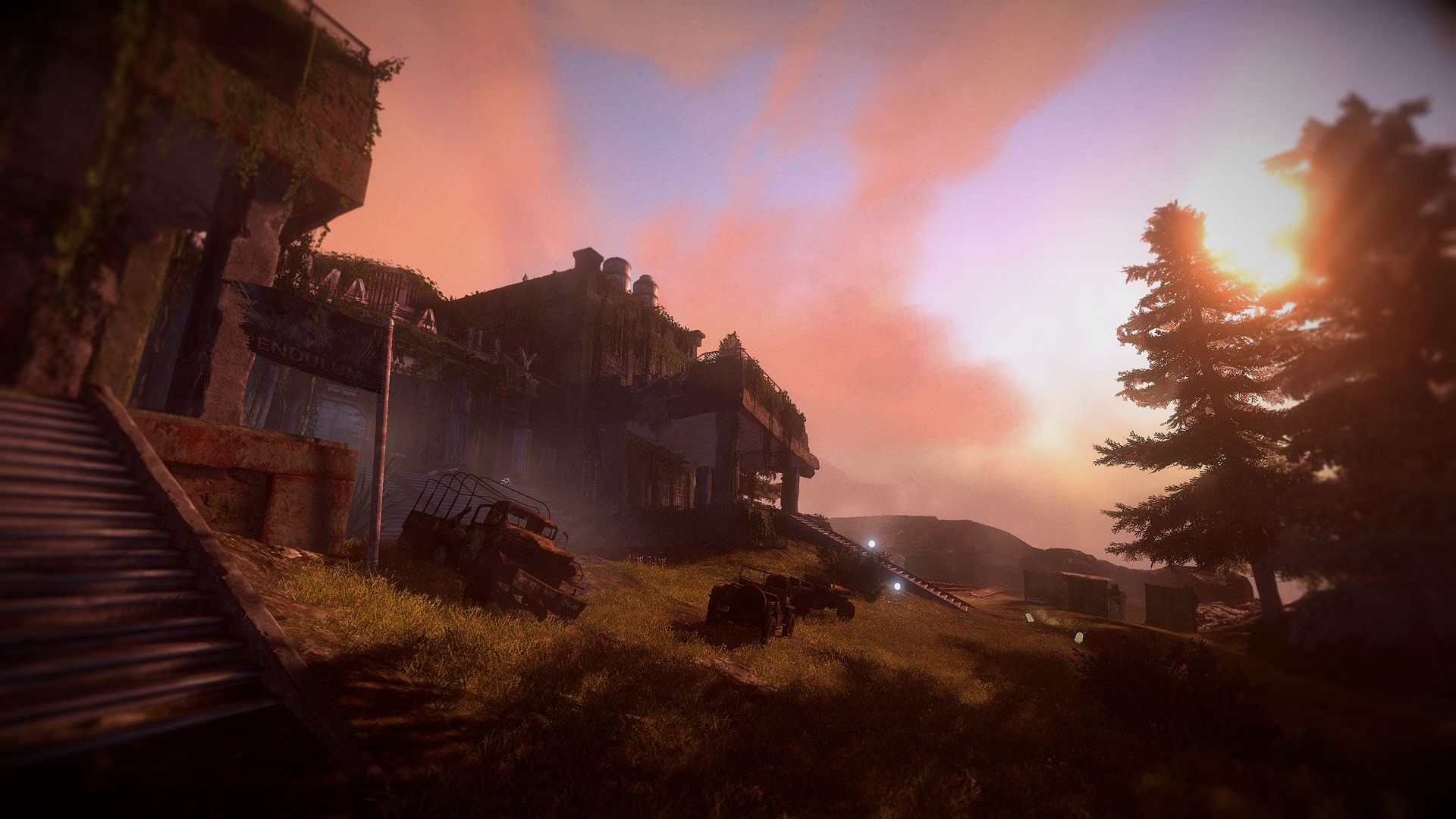 When you inevitably perish, you are brought back to life by the suit. As a result of this, the valley around you dies. If you die too much and the valley is out of energy to give you, it is game over. When you use your energy to bring the valley back to life, you are sometimes rewarded with acorns. These acorns can open special doors that can grant you access to upgrades for your energy. There are also medallions you can find that open a pyramid near the end. The more you find, the more upgrades you will gain.

As you discover more about the valley and its secrets, you encounter evil spirits that must be “given life” to be purified. When I write “given life,” I mean they must be shot by amrita until they explode into more amrita. These spirits range from angry bee swarms to floating, horned, deer ghouls. While not downright scary, they certainly slow your progress and serve more as a nuisance than an actual adversary. Hands down, they are not as scary as the ones you find in Until Dawn, so you will not have to worry about nightmares. 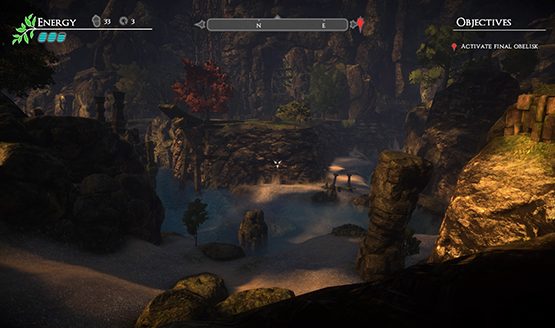 As you run up and down slopes, swing from anchor points, and hang from walls and ceilings, nothing feels greater in the game than hitting a ramp and soaring through the air, shooting yourself across gaps. The problem is that during these sequences, the frame-rate will often drop enough to take you out of the immersion. Either that or the wildlife will need to be revitalized, so you will have to stop to take care of that, breaking your pace. Valley is a beautiful game, but I suppose the graphics are sacrificed on the Switch version. The push and pull of going fast or slowing down doesn’t feel natural. It seems like the game will want you to slow down when it also requires you to be moving fast; you will have to pick.

What would benefit this game the most is an open world design instead of individual levels. While each level grows in size when you revisit them, they always feel like they are pushing you somewhere instead of letting you move at your leisure. Something along the lines of a Metriodvania could do wonders here. Learning an ability and realizing you can now reach areas you couldn’t before adds more replay value than returning to find an item you missed along the way. It is cool that some of the level design seem influenced by skate parks, but it should be more pronounced to emphasize abilities. 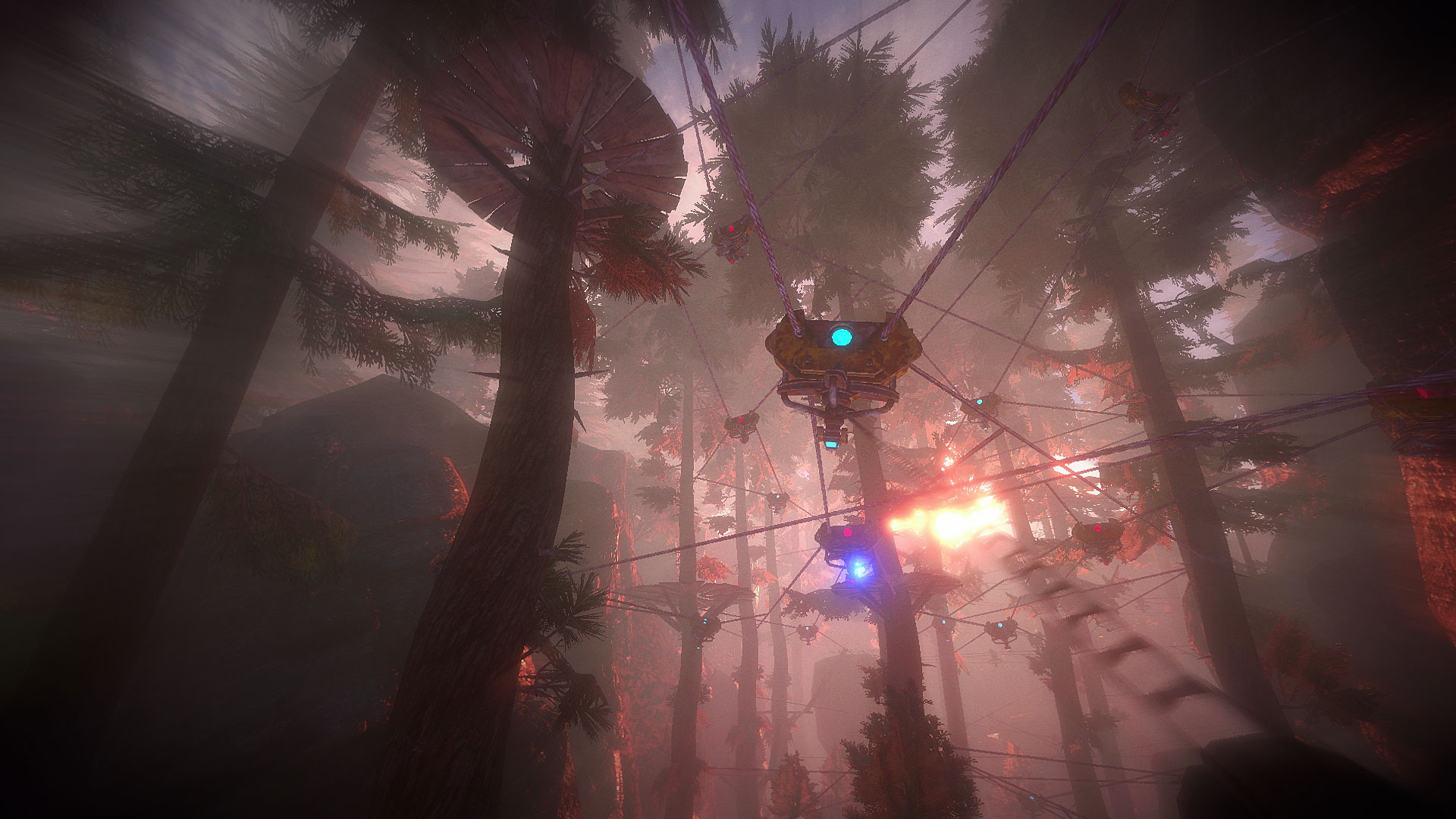 Overall, if there had been some better design choices along the way, Valley could have been a pleasant find. Instead, it feels like half-baked potential that needed some more development. It seems like there was more walk, instead of run, in the process.

Despite the lackluster narrative, the stretches of running fast and swinging around are wonderful, which are unfortunately buried by choppy visuals and frame-rate drops.