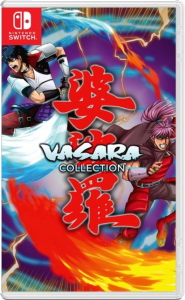 With its unique setting and mechanics, VASARA Collection is sure to tickle the fancy of SHMUP fans who missed these in arcades. Featuring bright, colorful visuals, frantic gameplay, and a new mode, this brutal retro collection proves an old dog can still send you running for the hills. 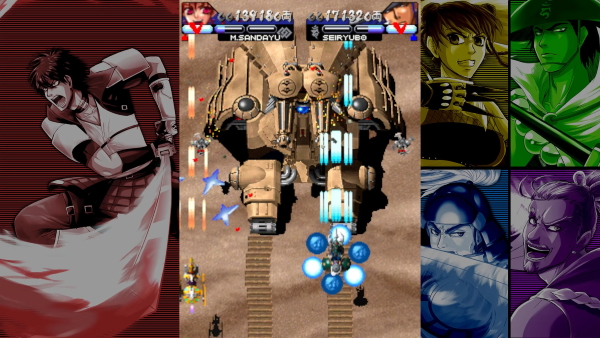 Violence: There are some pixelated sprays of blood when you defeat an end-level boss. Other enemies just die with an explosion.

Language/Crude Humor: There is no foul language or crude humor.

Positive Themes: In order to see the end credits, you’re going to have to have a perseverance and a steel will, even on Easy. 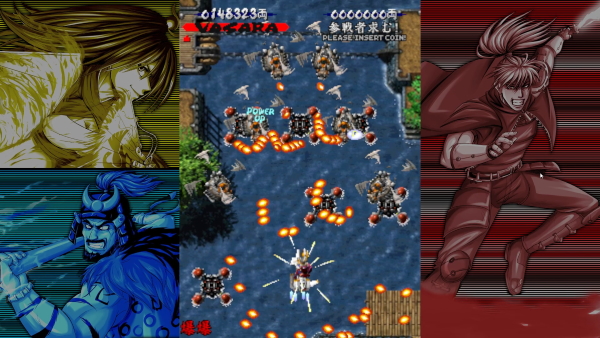 Narrative setup is notoriously weak in the shoot ’em up genre. It typically amounts to little more than, “Take this ship. Shoot anything that comes your way. Save the universe.” While there isn’t much exposition in the VASARA Collection, they do line out why you’re battling through waves of enemies to ultimately slaughter Nobunaga. Yes, this is a futuristic shoot ’em up. Yes, you’re a samurai riding a hover bike. Yes, you’re going to take out Oda Nobunaga, the famous daimyo during the Sengoku Jidai period in Japan, and it works wonderfully. 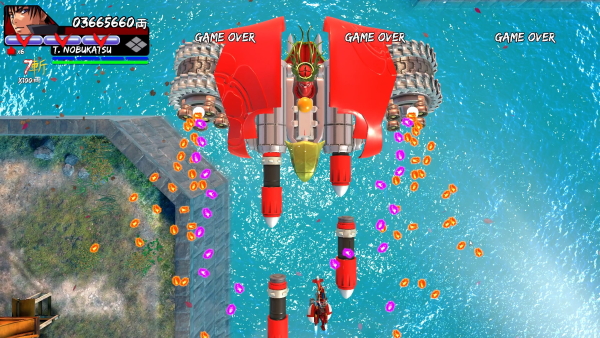 The VASARA games are full of bright, colorful visuals with flashy animations and eye-catching character portraits. The revamped 3-D visuals in timeless mode are sharp and beautiful with gorgeous effects. The game also features a cool option to use the Switch vertically. The game also features several adrenaline-pumping tracks to keep your toes tapping with the action. 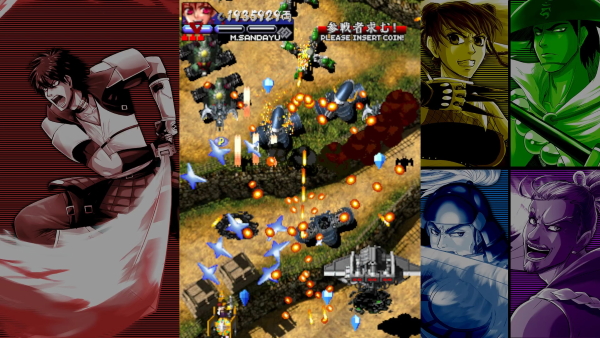 The VASARA Collection contains effectively three games. The first two have slightly different mechanics, where the third is a 4-player 3-D overhaul. In the first VASARA, you have 3 playable characters. You can shoot streams of bullets, like any SHMUP, with upgrades increasing your power and a side-effect bullet. You have access to bombs and a VASARA meter you can build up to unleash a supercharged melee attack. You can charge a smaller melee attack that deflects bullets, as well.

In VASARA 2, you have four playable characters, each with unique melee and special attacks. The key change from VASARA 1 to 2, however, is the removal of bombs, opting instead to let you gain more devastating VASARA attacks. 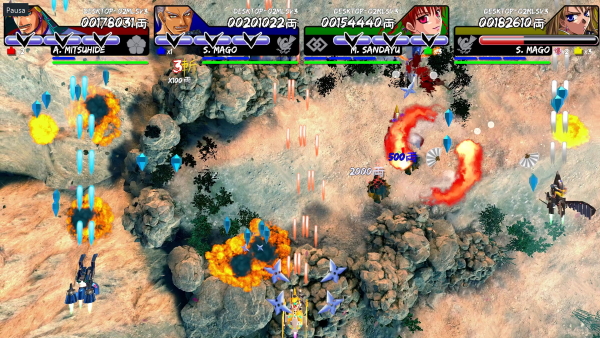 With the VASARA timeless mode, you and up to three friends can choose from eight protagonists, then team up to take down hordes of baddies in an action-filled, frantic offering that’s had overhauled 3-D visuals.

For SHMUP fans, there are a couple things VASARA does worthy of note. Most significantly, the melee charge can get you out of some sticky situations while dealing heavy damage. Plan to use it a lot. Second, even on the easy difficulty, the VASARA games are brutally difficult. These are “bullet hell” shooters through and through. It will take a bit of luck and a lot of practice to finish the games on their easiest settings. 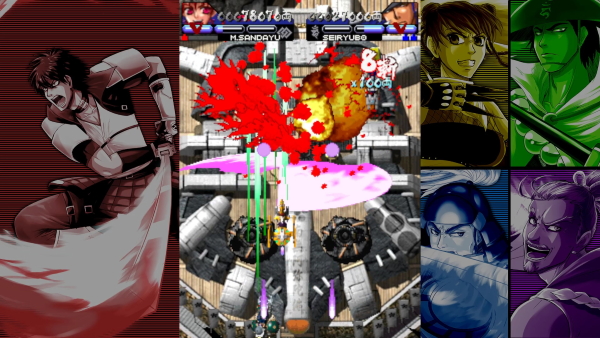 VASARA Collection is a fun, eye-catching shoot ’em up with some unique mechanics that make it both brutally difficult and fun. Expect to get punished, even on the easier difficulties, but your time invested is well worth it when you finally see that final boss toppled. At $10, this collection is a no-brainer.

Vasara Collection contains a couple of fun, brutal SHMUPs you'll have a blast learning to play.