Nothing new to see here

Based in Ulsan, South Korea, IndigoBlue is actually a student game developer composed of a single Korean mastermind named Hyegyeom Kim. So far, IndigoBlue has made two complete games: SplitBullet and Vectorium—the former receiving quite a bit of praise for being an addictive, cheap pleasure, costing only $2. Vectorium has received praise as well, but is not widely known, like its predecessor. The publisher, Coconut Island Games, boasts being one of the first Chinese developers to make console games. But is Vectorium worth your time, or is it just another game that will drown in the overflowing sea of top-down shooters that already saturate the indie market?

Violence: There is minimal violence. Simply put, Vectorium consists of shapes shooting shapes. Think Geometry Dash, but you can shoot everything. 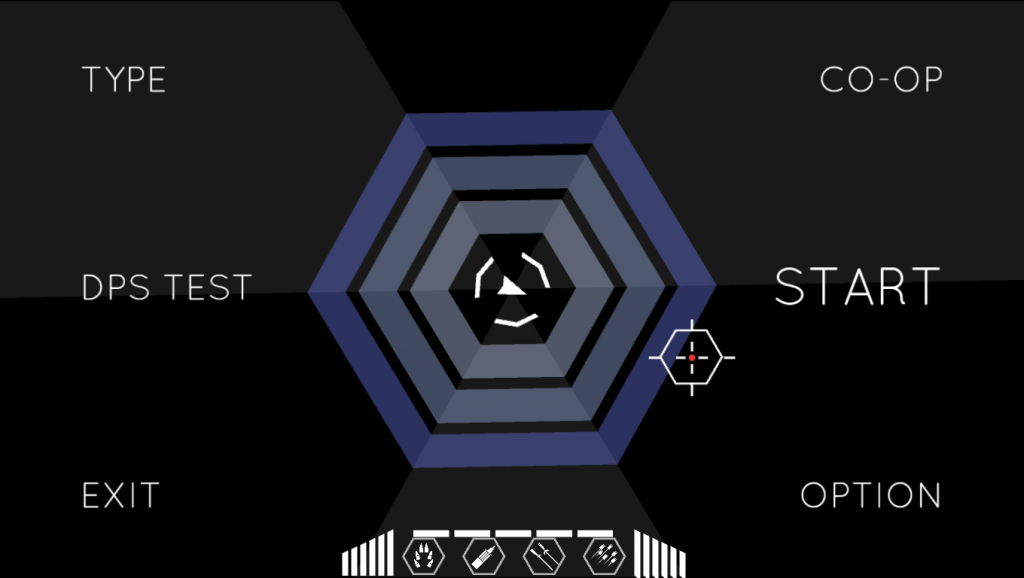 You can’t go wrong with games such as Vectorium. Top-down shooting, twin-stick movement, and constant action are what make the game feel like a classic, ancient relic in the corner of a dusty old arcade. To put it bluntly, you control a shape that will either shoot or zap other enemy shapes. If it sounds simple, it is. The hard part is staying alive long enough to see the boss pop out at the end. Usually by that point, you only have about one or two lives left. But, hey, at least you made it to the boss. 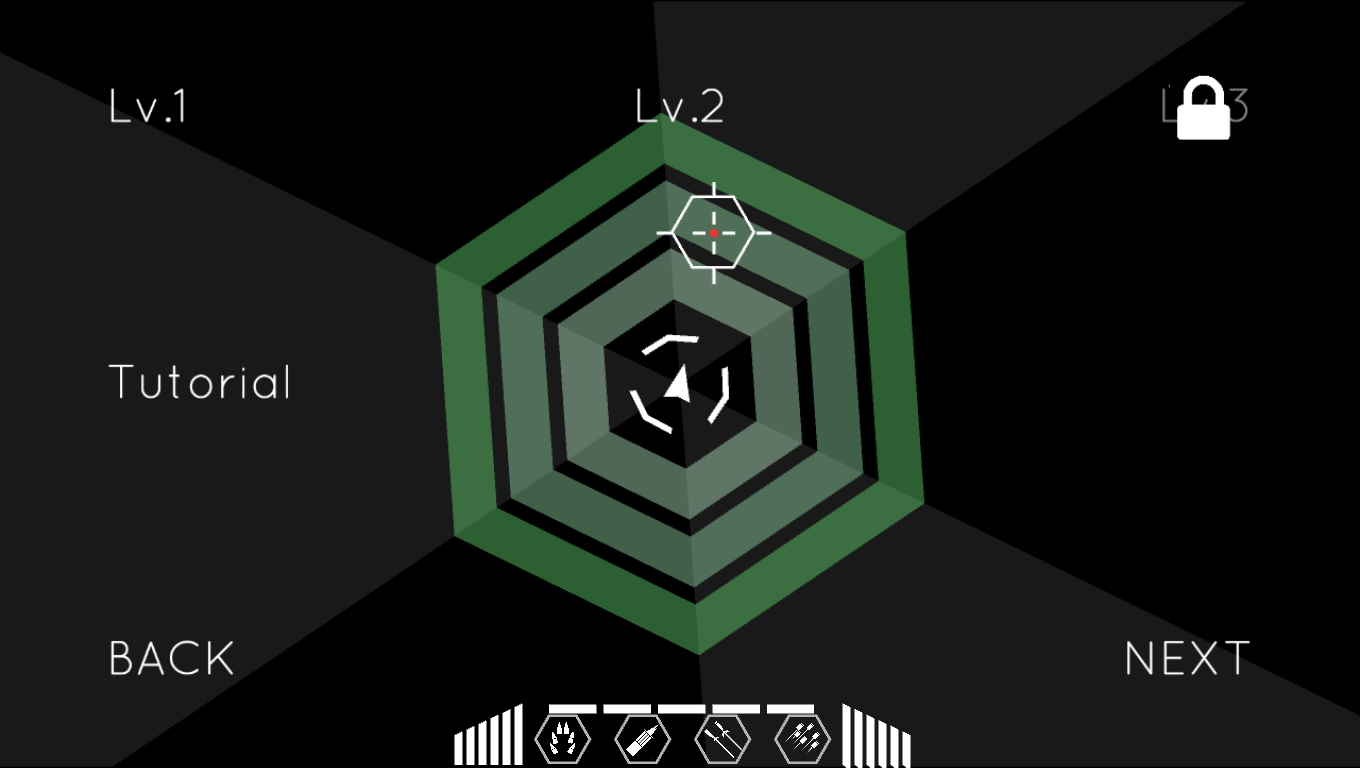 Upon booting up the game, we are presented with several selections. “Type” will let one choose what kind of shooter we want to use. At first, the only one we can use is “Plane,” but others such as “Shocker” and “Slayer” become available later as you progress through the game. “Co-op” will allow us to play with another player, presenting bigger fields and more enemies. Selecting “Start” leads to the single-player mode and will go to the level select screen. There are 15 levels in all—can you beat them? 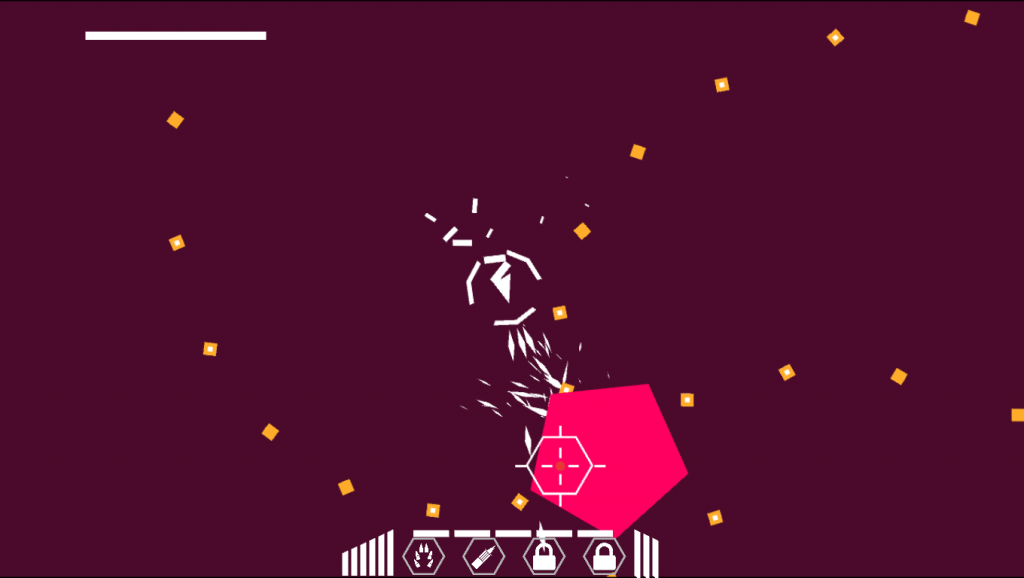 Each level starts off simple, with only a few enemies attacking you at once. But soon they begin to appear in larger quantities and stronger foes will begin to spawn as well. The key to surviving is to keep moving and use your specials. Each shooter has four different specials that are only unlocked when you get to a specific score amount. For example, the Plane has missiles, bullet barrage, lasers, and backup guns unlocked in that order. As you earn more points from defeating enemies, you unlock these specials which will come in handy. 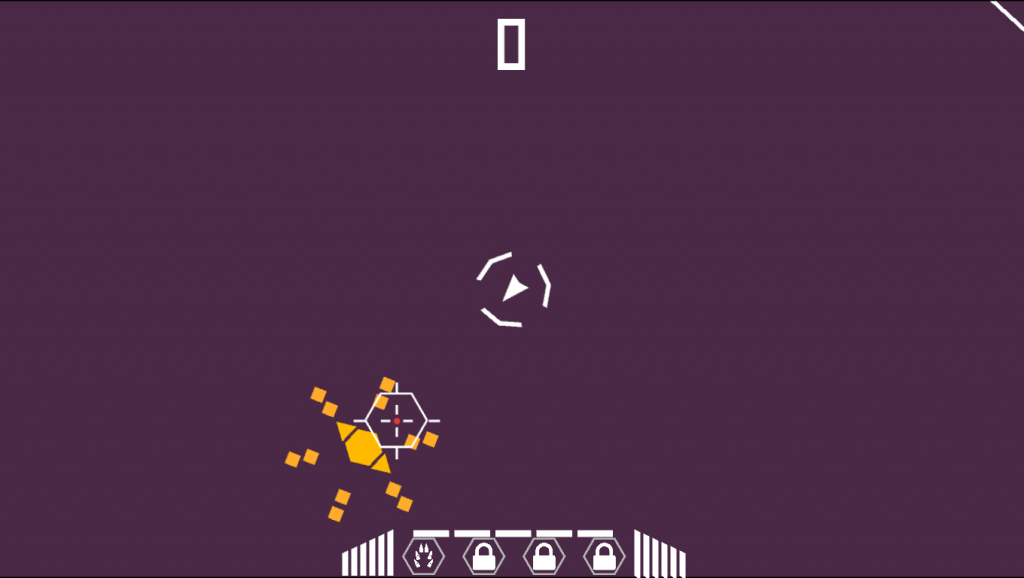 Another one of the main weapons that prevents complete and total annihilation is the ability to use flare. Flare will allow you to remove all bullets currently in your viewing area. All bullets will be gone, giving you a moment to catch your breath or evade certain death. Flare has a limit and can only be used a max of six times per level, so use sparingly! Personally, I try to save them for the boss at the end due to its randomization and amount of bullets it shoots. The only way I have beaten any boss is by saving my flares for the end.

Throughout the level, you are stuck in a large circular area, unable to move outside of it, keeping you from moving around too much. It would be much better if this circular boundary was not only larger, but had more obstacles and areas to take cover behind or even to maneuver around. The circle is too basic and feels almost lazy. Perhaps the developer did this to keep it simple and to minimize the size of the game; it’s less than 200 MB in size. Either way, it’s restrictive and after a while it feels like you’re just navigating around and around. 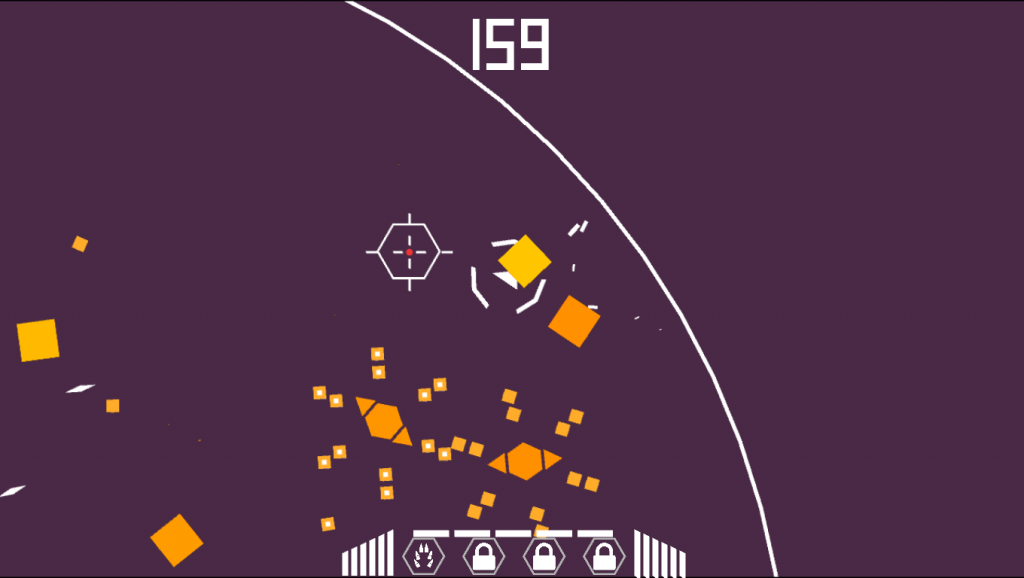 Whether the developer knowa it or not, Vectorium feels familiar and simple. Take any top-down shooter, strip away the graphics, reduce the enemies down to mere shapes, restrict the playing field, and you have what is Vectorium. That is not to say that it is a bad game, because what it truly shines in is solid gunplay. But the real problem is that there are simply way too many games in the industry like it. The game runs the risk of drowning in the sea of inventive, ingenious, story-based, top-down shooters that are way more entertaining and interesting. 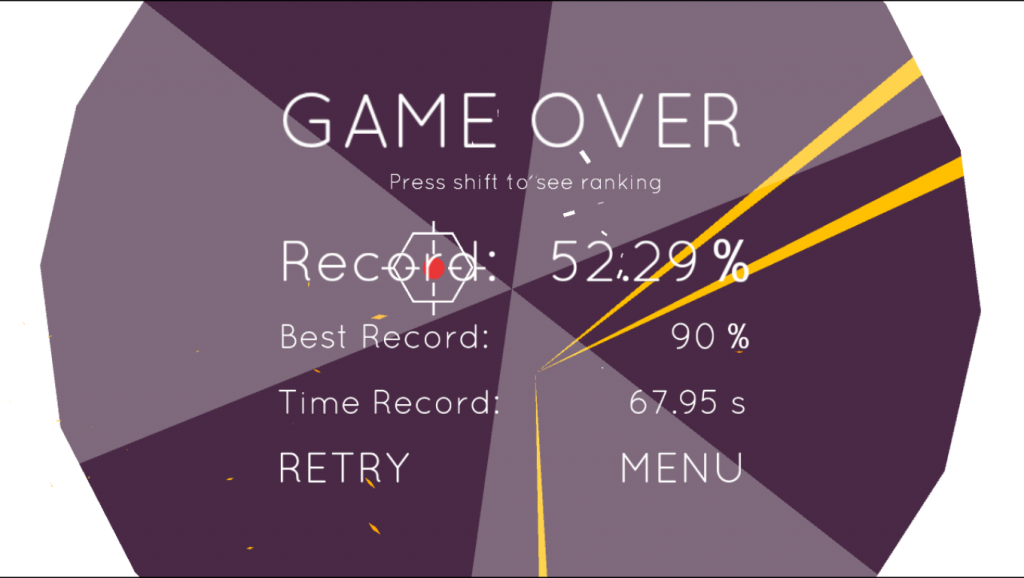 For what it’s worth, Vectorium is fun and challenging. Honestly, the difficulty is quite intense and will take you hours to get used to. Each level has different quirks and enemies that always present a different challenge than the level before it. And when the enemies come at random most of the time, it’s difficult to memorize, much less have a plan of attack. Sometimes, the best course of action is to go guns-blazing. But seriously, never let go of the trigger button. Never. 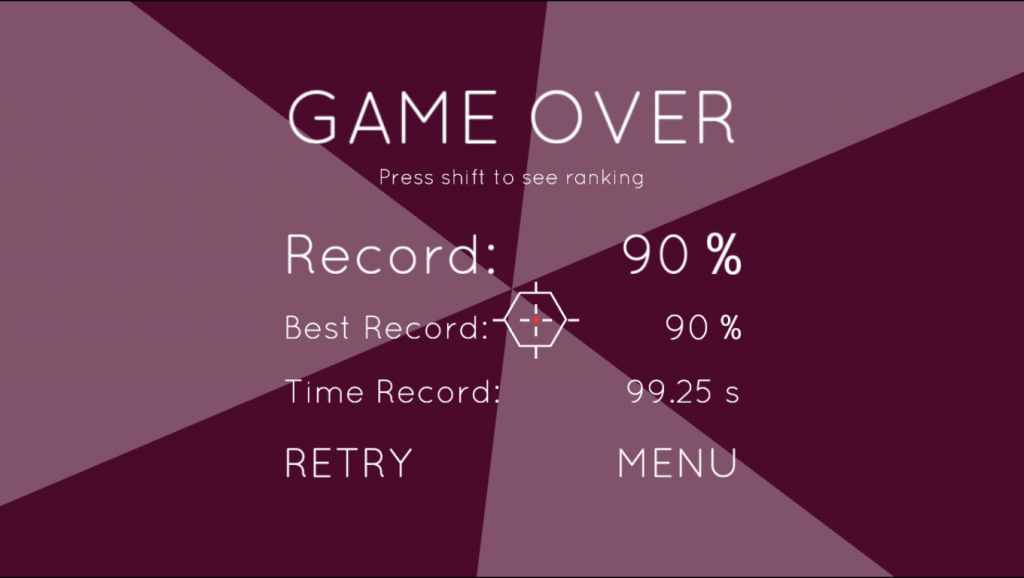 While simple, Vectorium is great for a quick challenge and minor distraction. At $4.99, it’s exactly what it’s worth; hours of engaging play for the price of a cheap lunch—not too shabby. But the fact that there are so many other games like and better than it will inevitably lead to anonymity. As it is right now, Vectorium has mostly Korean reviews, rating it as positive, but only a single English review with a more negative approach. I applaud its solid gameplay, but it has been done before; nothing new to see here.

While challenging and engaging, Vectorium is doomed to be forgotten simply because there are far too many games like it and are more worth your time.