Review: Willy Morgan and the Curse of Bone Town

Willy Morgan and the Curse of Bone Town, a game by Imaginarylab, is a point-and-click mystery adventure with a pirate theme, a missing dad, and a mythical treasure to find. This is imaginarylab’s first game, and it comes packed with crisp graphics, voice acting, a cohesive story, and a challenge for any age. 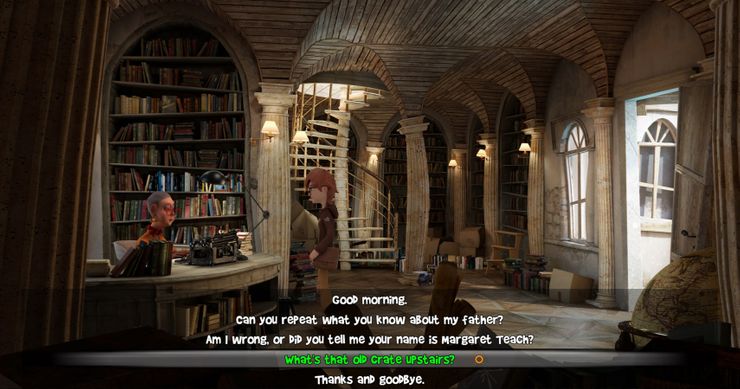 Language: H*** and d*** are used once each, and I almost missed them because they were toward the end. A couple of adults use them. Willy be clean.

Other Negative Content: (Slight spoilers) Willy will sometimes not do something because it goes against common decency, or the Natural Law of Human Nature (Props to C.S. Lewis). However, due to story progression, some things he overlooks. I have some nitpicks. He replaces an ancient pistol with a 3d model, and after is done with it, puts it in the glove of a suit of armor for the store owner to find.

Willy is indirectly involved with some church vandalism, to which he displaces blame upon an imaginary child as he sneaks off into a janitor’s closet. I get that everyone, including Willy, is a descendant of a famous pirate, but Willy seems to pick what is right and wrong based on his immediate needs and circumstances. This is unbecoming of the bold protagonist that he is supposed to be. 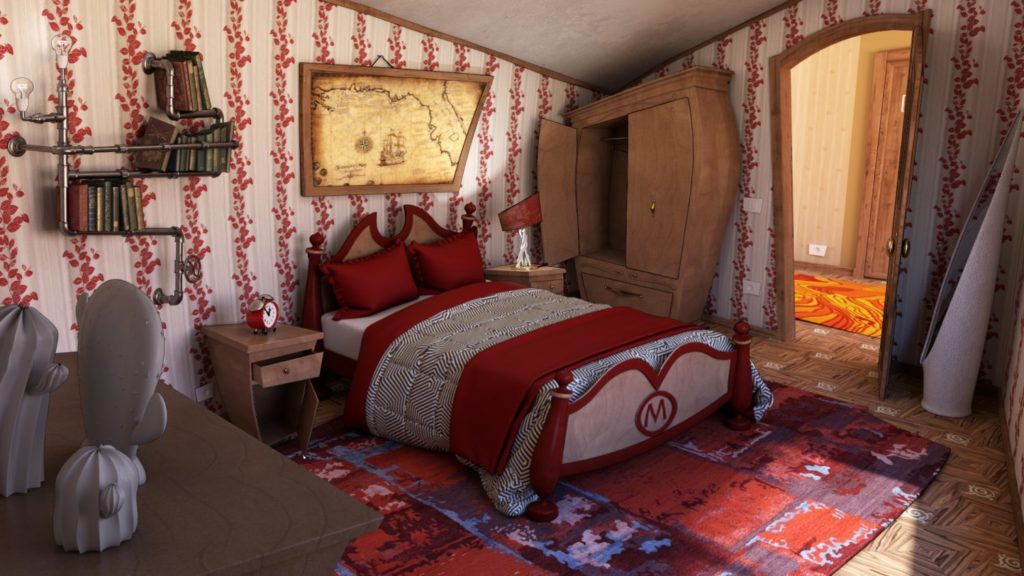 As Willy Morgan and the Curse of Bone Town starts, a nice introduction video plays of a sleepy, nameless town ignoring the birds flying under cover of the moon. A paper airplane glides with them, and a car speeds away, taking an impossible ninety-degree turn at fifty miles per hour. Several lights are still on, one in particular belongs to Willy Morgan, finishing his research the night before it is due. He reminisces that the next day will be ten years since his dad died. He has no mother to confide in; she is on an exploration in the Amazon. The next morning, Willy receives a letter from his father dated ten years in the past. Within, his father explains that he almost found the treasure of William Kidd in Bone Town, and now leaves its discovery up to Willy. 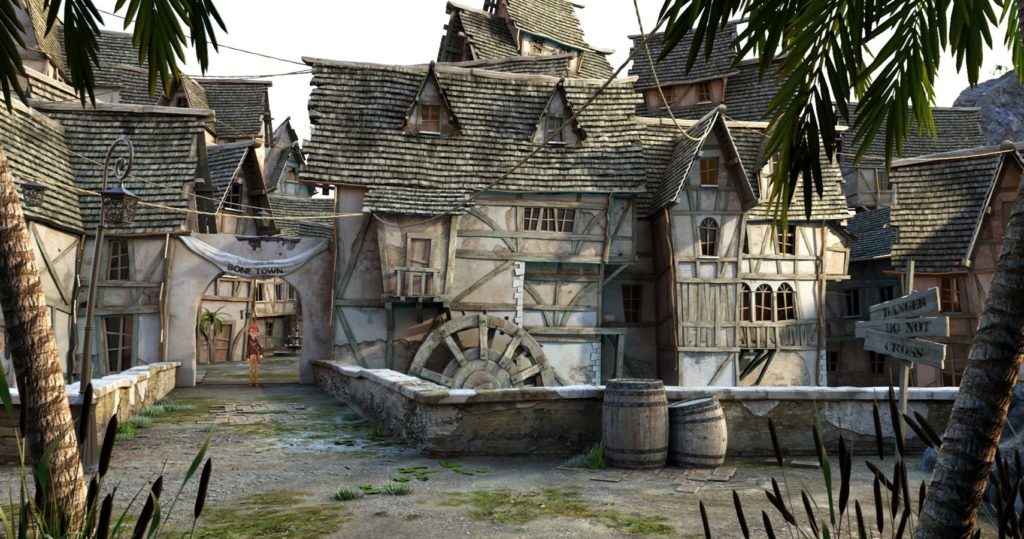 After the opening, Willy asks the player if they would like to know the controls. The space bar shows everything that Willy can interact with. The right-click on the mouse examines objects, and the left-click attempts to take or use the object. The mouse wheel can move the inventory bar up or down for looking at contents inside or hide the inventory from view.

Willy never senses any urgency to move faster than a casual pace. Luckily most, if not all, scenes are small. And if there is another scene to transition to, double-clicking instantly takes you there. The game also provides a map for fast traveling, which makes up for the slow walking and no running option. 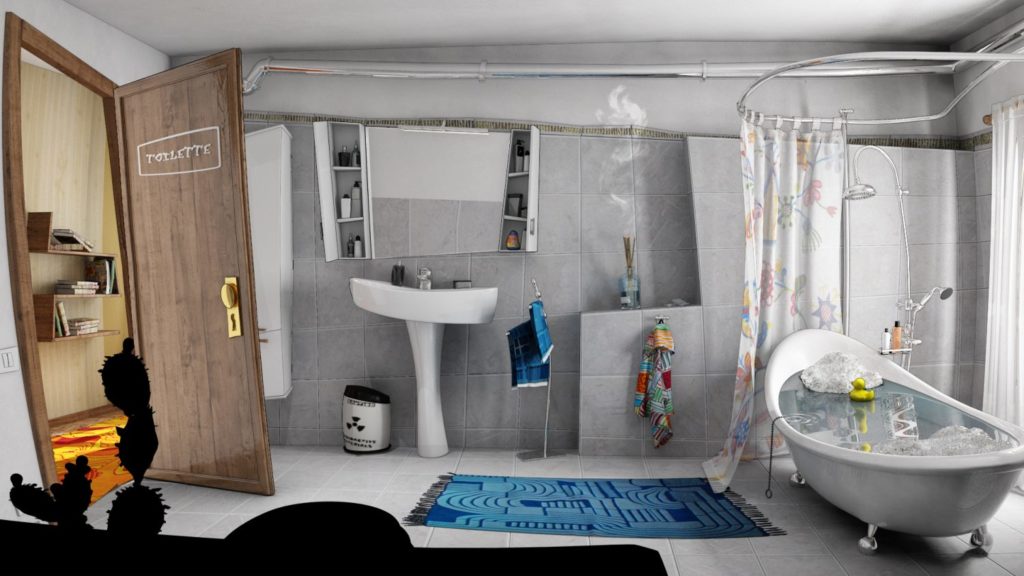 Willy Morgan’s  style of art is similar to that found in Tales of Monkey Island, and Sam and Max. Characters have disproportionate limbs and misshapen heads and bodies. Buildings, objects, and items—all have that Dr. Seuss-esque unnatural warp.

On the bulk, walking around the environments and picking up items is nothing special. But imaginarylabs take point-and-click to a higher graphical level, blending the foreground and the background together successfully. No longer are the days of awkward moving pieces clipping into immovable pieces, and suddenly becoming part of the picture. The Unity engine does not seem to have been pushed to its limits, but at least gamers have seamless interaction with superimposed backgrounds! The transition between cutscenes and gameplay also fall under the category of coherence.

Speaking of backgrounds, the sound and music stay there, metaphorically, and never shine enough to be more than average. This goes for the voice acting as well. I am very pleased to see a game take the effort to include voice acting, but most of the roles are phoned-in. The performance is as impactful as the overused pirate theme. 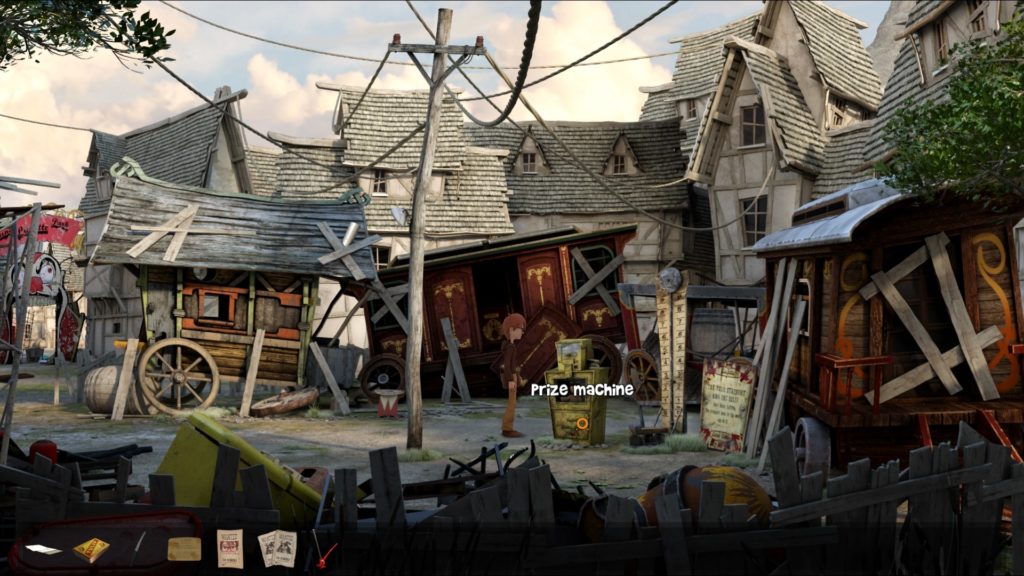 And where is the humor? If there wasn’t meant to be any, then that’s fine. But, then where’s the substance? Suspense? Thrill? I waited for something to make me say “Whoa!” Sadly, I’m still saving my interjection for another time. References to hamster microwaving from Maniac Mansion, or pirate name drops from One Piece did not bring me that much excitement.

My time with Willy Morgan was… nice? WMCBT offers a good challenge in finding items and putting the right thing in the right place. I enjoy figuring out the puzzles and looking at the beautiful art. I can’t speak too much about its puzzle solutions, since this is a review and not a walkthrough, but if gamers are familiar with Escape Rooms, or the classic formula, unlock box B to unlock box A, Willy Morgan has a decent difficulty and doesn’t hold your hand. I was sad that the sound production came out average, but it appears the guts of the game are solid.