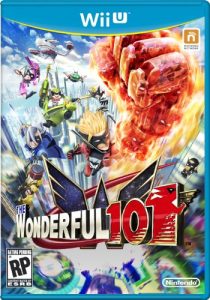 Hideki Kamiya is not the only person on the Platinum Games team, but is arguably on par with a Hideo Kojima or Shigeru Miyamoto when it comes to action games. Director of Devil May Cry (2001), Capcom would grant Kamiya his own division, Clover Studio, which would produce the Viewtiful Joe games. After his departure from Clover, he would found PlatinumGames with a few of his peers, and they would be responsible for the production of fine action games like Transformers: Devastation, Bayonetta, Vanquish, but also underwhelming titles such as MadWorld, Star Fox Zero. Few, even four years after its release, The Wonderful 101, a tongue-in-cheek take on superhero tropes, is still a largely unknown game from the Kamiya/Platinum tree. Here, I will explain where it falls on the Platinum production spectrum, and why. 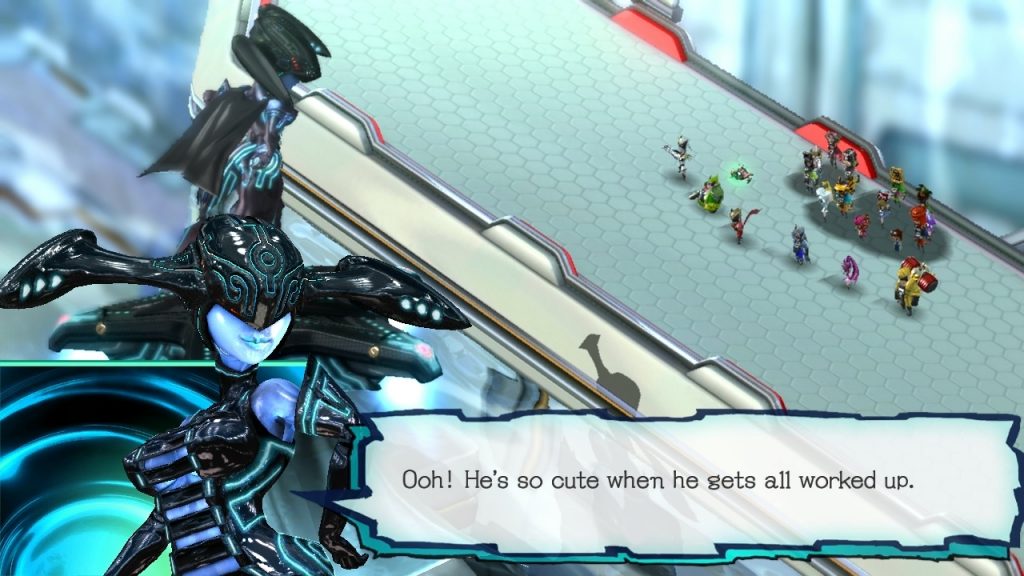 Drug/ Alcohol Abuse: One character named Wonder-Beer literally has a costume dedicated to the beer mug on his head.

The Wonderful 101 is not free of sexual pandering, however. One of the lead characters, Wonder Pink, is designed almost entirely for that purpose. Still, I find her personality to be her most offensive attribute. Though this game preceded Lego Movie, readers may be familiar with Unikitty; Wonder Pink’s personality is similar, dripping with cuteness at one moment, and then morphing into a rageaholic the next. Unikitty successfully employs the Dr Jekyll and Mr Hyde trope. Wonder Pink, on the other hand, strikes me as a man’s interpretation of a woman “PMSing.” Her incessant flirting with Prince Vorkken is equally obnoxious, especially because he himself does not even acknowledge her. Her choice of weapon, Unite Whip, strongly implicates BDSM.

The introductions of the main Wonderful Ones, or “Wonder Eyes” sequence, are among the game’s highlights, with the exception of Wonder Pink due to its poor representation of women. 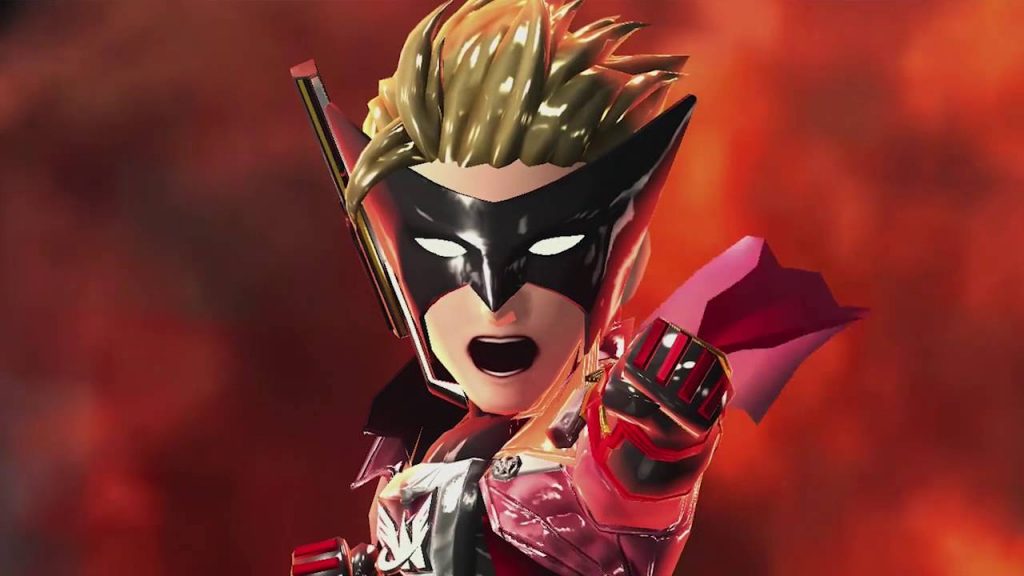 Like a Jean-Claude Van Damme, Wonder Red springs into action.

Mild-mannered Will Wedgewood is chaperoning school children on a school bus tram when suddenly, EARTH IS UNDER ATTACK! After collecting all of the children, placing them on the last bus, and disengaging it from the remainder of the chain, Wedgewood evades a nearly fatal energy blast by activating his CENTINEL-Suit to become Wonder Red, leader of the Wonderful Ones. Existing under the banner of the CENTINELS Planetary Secret Service, this group comprises of 100 sleeper combat agents from 100 cities around the world, who stand by to defend Earth from alien invasions when called upon. Hence, they are the Wonderful 100. During this tutorial, Wonder Blue joins Wonder Red in the effort to prevent the school bus tram from crashing into a nearby school. Using a series of Unite Morphs, Red uses his fists and Blue his sword to bash and cut their way to saving the day. The CENTINEL flagship, the Virgin Victory, then swings by to pick up he duo for debriefing and mission update: defend the earth against the alien invaders known as GEATHJERK by protecting the five super reactors powering a global shield.

I am going into my fourth year writing for Geeks Under Grace, and during that time, I have been meticulous in my elusion of clichés; here I will suspend my own writing rules: The Wonderful 101 is completely over-the-top. It is a Super Sentai/Power Rangers parody that includes all the tropes. Yes, all of them—so many that Wonderful 101 has its own TV Tropes entry. The “main” characters consist of colors red, blue, green, yellow, pink, white and black, and each has a unique personality for differentiation. For example, Wonder White is the Japanese ninja stereotype who speaks rarely, and usually does so in haiku; Wonder Black is a “millennial mirror,” who constantly plays on his portable game even while fighting to the death; Wonder Green is an obese French sniper who has something new to eat in every cutscene; Wonder Yellow is the dumb brute. Wonder Pink is the token girl. 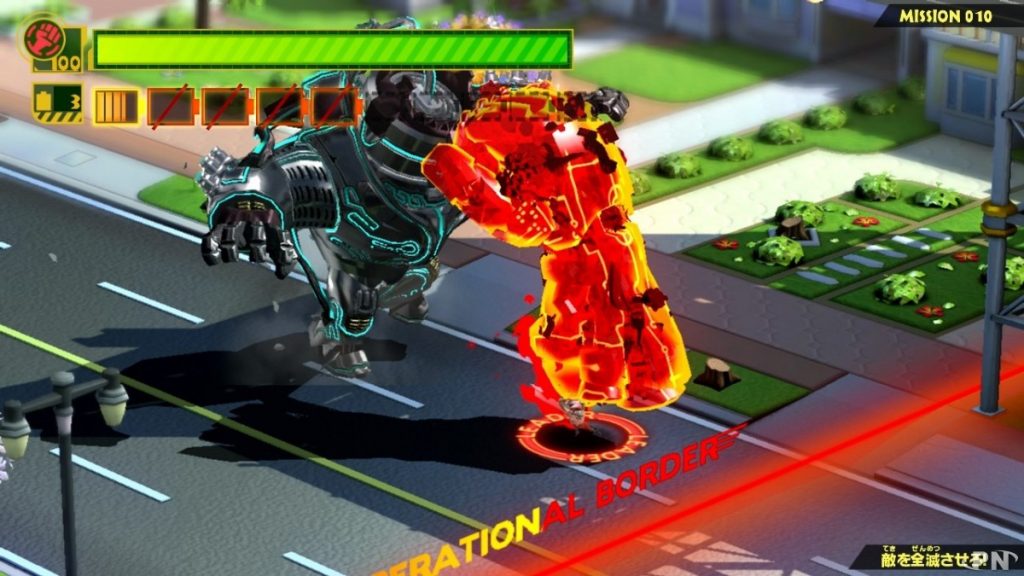 The gimmick behind the CENTINEL-Suits is the core of the game.  By using the right analog stick or drawing on the gamepad screen with the stylus, players can activate the Wonder-Liner, which is simply a line of Wonderful Ones, or soldiers with CENTINEL-Suits. This can be used to recruit other Wonderful Ones, grab out-of-reach collectibles, or more importantly, activate Unite Morphs, “enabling the Wonderful Ones to create real-world objects by rearranging pseudo-digital subatomic particles according to a bubble memory blueprint and linking their bodies electronically together.” Unite Morphs are Wonderful 101‘s central mechanic for attacking, consisting of the Wonderful Ones . The game begins with Unite Hand and Unite Sword, represented by a giant hand and sword, respectively. The strongest of the Wonderful Ones will join the Wonderful 100 over the course of the game, augmenting the selection of weapons to included those found in the “violence” section of the Content Guide. 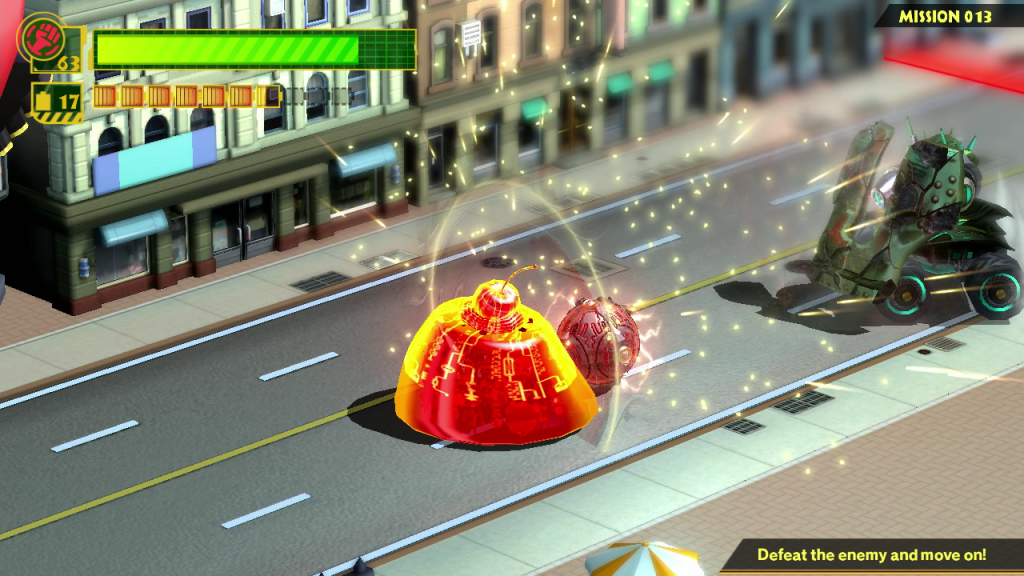 Some enemies have to be defeated by helping them defeat themselves. Here, the blocked bomb will ricochet and hit the tank back.

Examples of how Unite Moprh works include making circle with the Wonder-Liner to summon Unite Hand a long, straight line activates Unite Sword; an L-shape creates Unite Gun. A question mark forms Unite Hammer, and so on. Depending on the enemy, each weapon ranges from strong to useless. For example, airborne enemies must be shot down with Unite Gun. Foes with spikes on their armor must be de-spiked with Unite Whip before they become vulnerable to severe damage damage. Ultra fast enemies can be slowed with Unite Bomb—think in terms of Witch Time in Bayonetta, and so on.

Speaking of Bayonetta, gameplay in Wonderful 101 works in similar ways, except that it is rated T for Teen. Enemies spawn within the environment, and players are trapped within a virtual “room” until they have been defeated. Doing so with haste, combos with few breaks, and without taking damage, will result in a higher score. 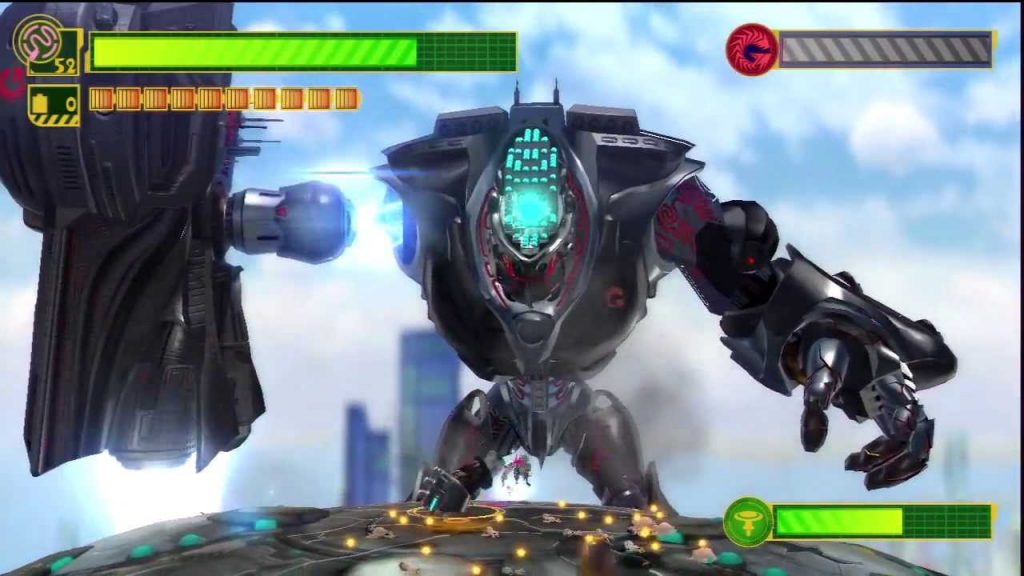 The rendering of all the humans in the game as diminutive facilitates the scaling of bosses as colossal in addition to demonstrating the strength of the CENTINELS.

Like the Wonderful Ones who are generally forgettable, generic, and silly such as Wonder-Vegetable, Wonder-Clown, and Wonder-Cellphone, basic enemies are equally formulaic, many of them appearing in the first third of the game, and simply gaining new colors and aggression when encountered later. The bosses, however, are where this game both shines, and also becomes long in the tooth. Every boss is massive, and every fight with one takes place through phases, cut-scenes included, as if every boss encounter is its own Power Rangers mini-episode. No More Heroes and Shadow of the Colossus serve as examples of games emphasizing boss encounters, but Wonderful 101 is excessive in how boss fights drag on with multiple phases and massive HPs; I often wondered if these fights would ever end. And the fights with the Wonderful 101’s galactic equivalent, Prince Vorkken and his squad, are no more than battles of endurance. That dude needs a nerf; I could only defeat him via cheese.

Straight out of the something-zord cockpit.

Hideki Kamiya’s games are usually good, but rarely sell well; Wonderful 101 is no exception here. Though I had purchased the game at launch, it sat in the shrink wrap for years before I could get around to playing it. In the meantime, I have read how the combat poses problems. I think these complaints primarily concern the distaste for the Wii U, and its gamepad. In actuality, Wonderful 101 is one of the console’s hidden gems, especially for those who used to watch shows like VR Troopers, and can withstand the thick campiness.

The Wonderful 101 is a solid brawler/action game hybrid. This is a no-brainer for fans of Power Rangers.