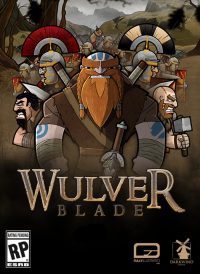 Remember Double Dragon? Battletoads? Streets of Rage? If you do, then that means you’ve most likely been playing video games since the early 90s. These games are a part of the long forgotten genre we refer to as the “Beat ‘Em Up.” One of the first I ever played was Golden Axe as Gilius Thunderhead in the player 2 spot alongside my brother. These memorable arcade/couch co-op experiences may be all but forgotten by the gaming industry, but many indie developers aim to keep those memories alive and create new ones.

The developers of Wulverblade did exactly that. Grab a friend or a sibling and hand them a Joycon, because it has come to the Nintendo Switch first. Wulverblade is slashing its way onto other platforms soon, but that classic experience can happen anywhere. Sure you could purchase Double Dragon IV from the eshop and really go for nostalgia, but a much better game can be found within Wulverblade.

Violence: Battles in Wulverblade are fought using weapons such as swords, axes, spears, and bows. Players can create large puddles of blood on the battlefield by attacking their enemies with vicious combos, Enemies can be decapitated and dismembered, and players have the option to throw those limbs and heads at other enemies if they choose to do so. Though extreme, the violence is presented in a comic-book like form. All of the mentioned content is also presented in story stills either before or after the level.

Language/Crude Humor: The words sh*t and a*s are used multiple times throughout the gameplay.

Spiritual Content: The characters in Wulverblade mention the names of various gods throughout the story. After doing a bit of research I discovered these names are from the Celtic/Gaulish religion. In one occasion I did happen to see a cross staked into a campfire with no body attached to it. Crosses were common torture devices during the reign of the Roman empire in those times.

Positive content: I want to make it clear that none of the spiritual content message above is meant to be offensive. The lead developer on Wulverblade created a game that is heavily inspired by European history, which meant staying accurate to the beliefs and methods of both the Celtic tribes and Romans alike. 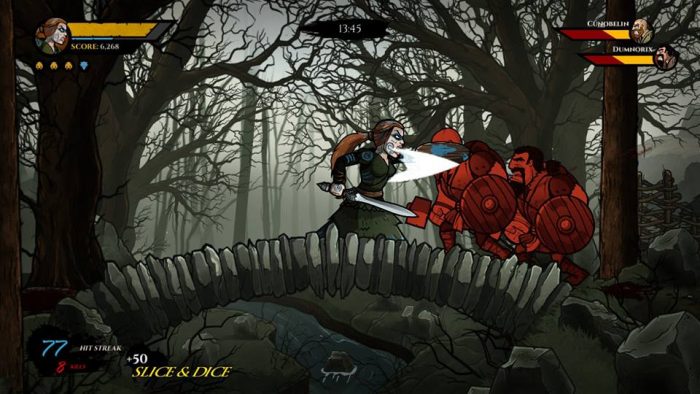 Bigger combos needs a bigger high score on the leaderboard

When starting up Wulverblade I expected a standard old school beat ’em up video game, but I found more than that. The lead developer may not be some expert historian, but he has clearly done his research. By playing through the game, we get many bits of history through documents of text and photos. These documents focus on events, weapons, and the land of Britannia. The level selection menu even includes short documentary-style videos on locations that inspired some of the stages of the game. This history lesson is a welcome one; few games aim to teach players such things along with bringing them an enjoyable experience. 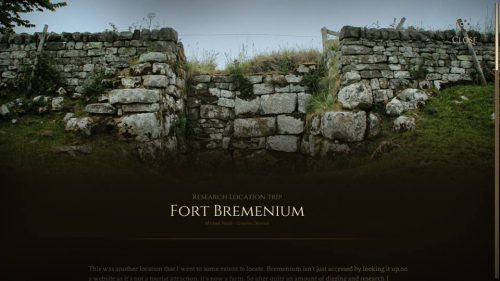 When it comes to the actual story, I assumed this was going to be a story of self-sacrifice—like 300, Rogue One, or Grand Torino. Again, I discovered that there is more to it. It isn’t simply about these warriors defending their home turf; they also have to face former allies who have unfortunately given their lives to the Roman empire. The story becomes about taking a stand when everyone else chooses not to. The story is a visual crescendo, that  builds up to a finale that makes the final stage one of my all time favorites in a video game. 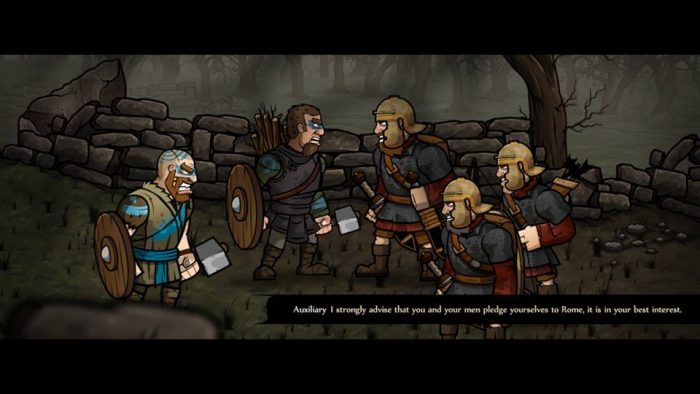 The artstyle seems to take inspiration from a comic book, which is another reason I am thinking in terms of 300. It also has a slight paper cut-out style mixed in that reminds me of Shank from Klei Entertainment. Wulverblade looks great in motion; gameplay is smooth as the characters move and fight through each stage. The moving parts in each stage’s background also helps in immersing myself into this world. At one point I got to see the other two playable characters running in the background as I made my way to the next fight. In another scene, there was an archer trying to shoot at me as she moved through the woods in the backdrop of the stage. When characters are seen up close in their idle animations is when the game gets less easy on the eyes. 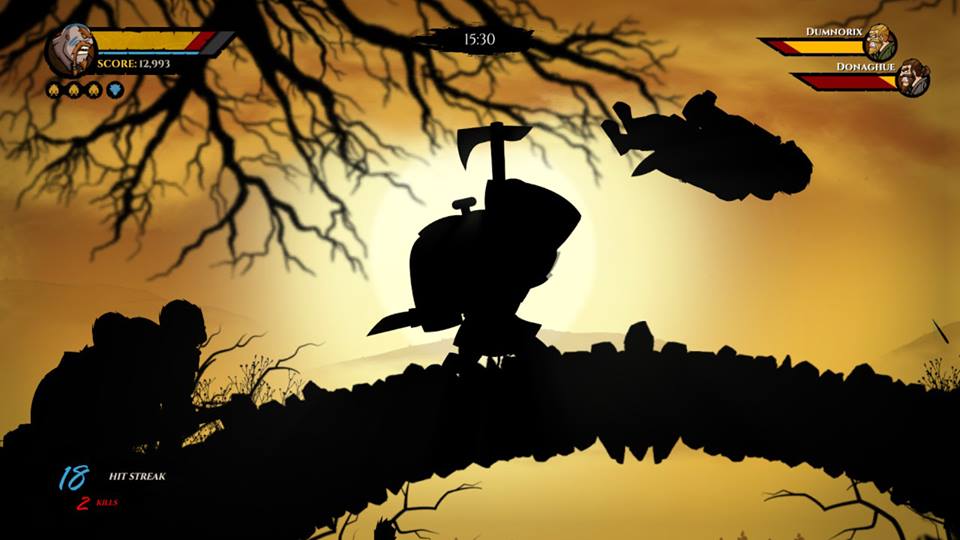 The artsy side of war?

My biggest issue with Wulverblade is how some of the mechanics stood in my way. One of them is that rolling requires double-tapping in the direction before hitting the block button. This odd choice of input led to my death many times because I couldn’t get out of the way quick enough. On other occasions, I would be trying to pick up health and would accidentally pick up a weapon instead, this would yet again lead to me taking damage since most of the weapons are throwable, and I would have to hit the button again to get rid of it. I was ready to rage quit on multiple occasions such as these in one of the early levels in particular.

Through my frustration I stuck with it and my experience got better. This was due to a combination of me simply getting better at the game and finding a character I liked using. The three different characters all have stat differences that affect how they play. Caradoc is the most balanced with the three categories of power, agility, and defense. Brennus has greater power while Guinivere has greater agility. I tried all three characters and found that I fared better as Brennus. It felt that he was tougher for enemies to take down, but that could be because I was doing damage to more enemies and killing them quicker. Wulverblade was still challenging even after I found my groove, as a video game with roots in an old school genre should be. 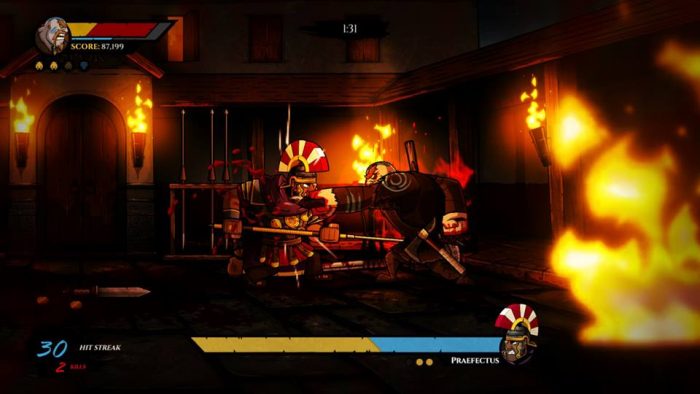 There was a point when I thought I would never be able to finish Wulverblade and give it an honest review. I ultimately decided the only solution was to git gud and literally fight my way through every difficult stage. If I hadn’t done so, I would have never experienced one of my favorite final stages of all time—it would be a spoiler to explain why that is. The massive amount of historical content shows dedication, and takes the world building and story experience to an extra level. I highly recommend Wulverblade to those who enjoy games of this genre and to those who are looking for a challenge.

There are times when Wulverblade can be very difficult, especially with some gameplay mechanics that work against players. However, the experience became more enjoyable as I became master over them. The finale is also one of my favorite gaming experiences of the year.