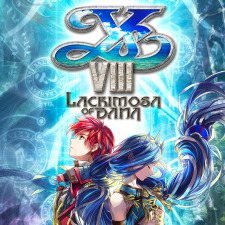 The Ys series as a whole has been a mainstay in the action-JRPG genre, providing some great experiences since the early ‘90s. I have not played many games in the series, but coming from the stellar Ys: Memories of Celceta for PS Vita it’s definitely a fantastic time to be a fan of developer Nihon Falcom and their latest Ys title: Ys VIII: Lacrimosa of Dana. Thankfully, we have publishers like Aksys Games and NIS America localizing these titles for us in North America and that is especially the case for Ys VIII. even though a few shortcomings prevent it from being the best JRPG I’ve played this year. 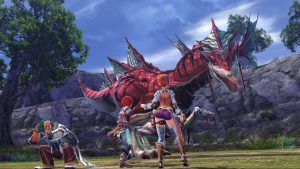 Violence: Action combat is front-and-center here with many creatures and human enemies being vanquished with all manner of weapons. Bodies disappear when defeated and there are a few instances of blood outside of combat with no gore.

Language/crude humor: D*** and h*** are used a few times and some sensual conversations occur between characters with nothing too vulgar.

Sexual content: When first appearing on the island, Adol finds one of his female companions bathing in a river. She is only wearing a towel which accidentally falls away, but nothing can be seen. Some of the characters are scantilyd ressedand could be considered too revealing without being nudity.

The story in Ys VIII revolves around Adol, an “adventurer” who has found a job aboard a ship as a security hand. When the ship is suddenly taken down by a tentacled monster, the crew lands on the mysterious Isle of Seiren where you must work quickly to find other survivors and come up with a way to escape. If you’re a newcomer to the series don’t panic; each game is a separate tale and does a good job of laying the framework for having a basic understanding of the series’ main points.

About halfway through Ys VIII, finding more passengers is put on the back burner and exploring the island comes to the forefront. That’s not to say finding these people isn’t important however, as you will still come across survivors and be able to send them back to your ever-growing encampment on the island. It’s best to find as many people as possible because each one provides some sort of bonus to the village, and can even help you out in certain circumstances too.

Outside of establishing the home base that becomes Castaway Village, your goal is to chart the island from top to bottom. This is very similar to the map system of exploration in Ys: Memories of Celceta and you can earn some great rewards for doing so. The island itself is divided into segments with the first being a small hub area which is Castaway Village. Being that there is no money on the island, you’ll be bartering with the merchants, blacksmith, and tailor, to get better items, weapons, and accessories. Here you will also find side quests and great build a relationship with your teammates and fellow castaways. 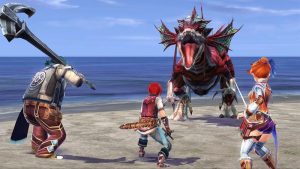 One segment consists of the main overworld with dungeons and these parts play out basically the same way. Throughout playing Ys VIII you will travel through beaches, swamps, plains, mountains, and jungles. The difference is, in dungeons you aren’t able to regain health from standing still. This makes it important to be aware of your surroundings and being well-equipped when going inside of a dungeon. Also, this applies to being out at night due to fast traveling not being an option and you can’t auto fill health when resting either.

Another segment deals with the overall mystery of the island. During the course of the game, Adol will be having dreams of the girl named Dana, an important figurehead of the people who previously lived on the island. She is aware of Adol’s existence and she has premonitions of the future. When you play as her, you will be using her health to get to places where Adol and his companions are unable to venture to by normal means.

While playing, you will also come upon Repression missions which act as horde mode action sequences. You defend a small point of the map battling waves after waves of enemies. Repression missions happen fairly often while playing the story and exploring dungeons. Having them triggered by a story element is one thing, but the longer you wait while in a dungeon, the stronger the enemies will become. 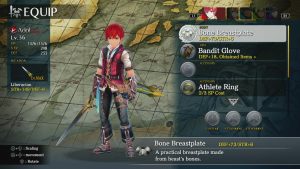 There’s also a small variant in Repression missions titled Suppression missions. In these missions, again, you are on a small area of the island. Instead of defending a point, however, you are attacking the enemies and their eggs to prevent more from spawning. The missions end when all enemies and the boss have been defeated. When doing these missions it’s important to have a high approval with your combat companions and to do this you need to perform well in missions and give them gifts. By doing this they will gain new abilities such as buffs or increased strength to your character, or debuting and using area attack spells against multiple enemies.

For all its intents and purposes, Ys VIII is a hack-and-slash title with JRPG elements mixed in. Outside of the actual combat, there aren’t many puzzle segments to be found. While this may be seen as a flaw, slowing down the pace of the action to perform numerous puzzles may have been a bad choice. Thankfully, as you traverse the island, the combat is always front and center between the story segments.

While earlier I did say Ys VIII keeps a nice, consistent pace throughout without puzzles breaking up the action, unfortunately, this is only after the opening hours of the game. It wasn’t due to the obligatory tutorials, but just some odd story writing. Without going into too much detail, there is a part when something is injuring the villagers and you have to figure out what it is. The progression of the story comes to a screeching halt and not in a clever side quest type of way, but really for no reason other than to pad the length of the title. Also, this isn’t the only occurrence and really made Ys VIII drag too long and drown out so many of the positive elements it gets right. 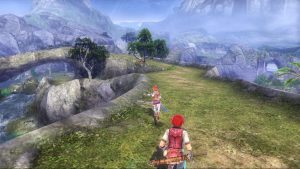 With the combat, there may be only one button you primarily use to attack, but every character has access to four special attack moves that use SP and an even more powerful extra spell using the extra gauge where SP is held. There’s also a dodge and guard button and if you dodge or block at the right time time, will slow down for a moment making you invulnerable to moves for a short amount of time and allow you to get extra hits in. While you don’t actually guard with the guard button, it acts as a way to perform special attacks when used at the right time, and makes all your hits critical for a short time. Timing is key, and learning the intricacies of when to dodge and guard are essential to taking out some of the tougher enemies.

Graphically, it’s pretty obvious this game was made with the PS Vita in mind due to new zones needing to be loaded frequently. Some areas are small, but others are large and the fact remains that the island is not as vast and complex as one might be led to believe. Fortunately, there are fast travel points all over the map that make traversing from place to place less time consuming. While the graphics look somewhat dated, everything does look clean and crisp running at 1080p and 60 fps. Also,the music by Falcom’s sound team does not disappoint, and while it’s not one of the best soundtracks to release this year, the music can stand toe-to-toe with some juggernauts; such as Nier: Automata and Persona 5.

Ys VIII: Lacrimosa of Dana feels like a whole new take on the Ys series, even though it may not be as good as it could have been. Regardless, the varied and fun combat with multiple playable characters, interesting boss fights, and an incredible soundtrack all make Ys VIII a must-play. The renaissance of quality action RPG’s has been great for gaming with a generous helping of new releases each month,  and this is absolutely worth your time if you like fast-paced combat.