Review – Chronos: Before the Ashes

Out of all the genres of video games that I have played, action role-playing (RPGs) is the one that I probably have the most complicated relationship with. On the one hand, I have found great enjoyment in a lot of them and some of my favorite games of all time are action-RPGs. I have sunk many hours into games like Skyrim, Kingdom Hearts, and Jedi: Fallen Order, just to name a few. While these games certainly have challenging segments, the quality of their gameplay and the intrigue of their stories entice me to persevere. On the other hand, the difficulty of some action-RPGs can frustrate me to the point of ruining the whole experience. My friends can testify to this as they watched me try to play Bloodborne for a little over an hour before I gave up in frustration. I understand, however, that many people enjoy the “Soulsborne” subgenre because of its challenging nature and find the experience of surmounting intense boss battles incredibly rewarding. Personally, I tend to not have the patience and dedication required to become truly skilled at those kinds of games.

All of these conflicted feelings on the genre as a whole were on my mind as I picked up Chronos: Before the Ashes. The game was originally made as a virtual reality exclusive and is also a prequel to Remnant: From the Ashes. While I had not played Remnant, I was interested to see what Chronos would bring to the table for the action-RPG genre. The end result is a game that I neither love nor hate, but one that unfortunately feels like it has already been made. 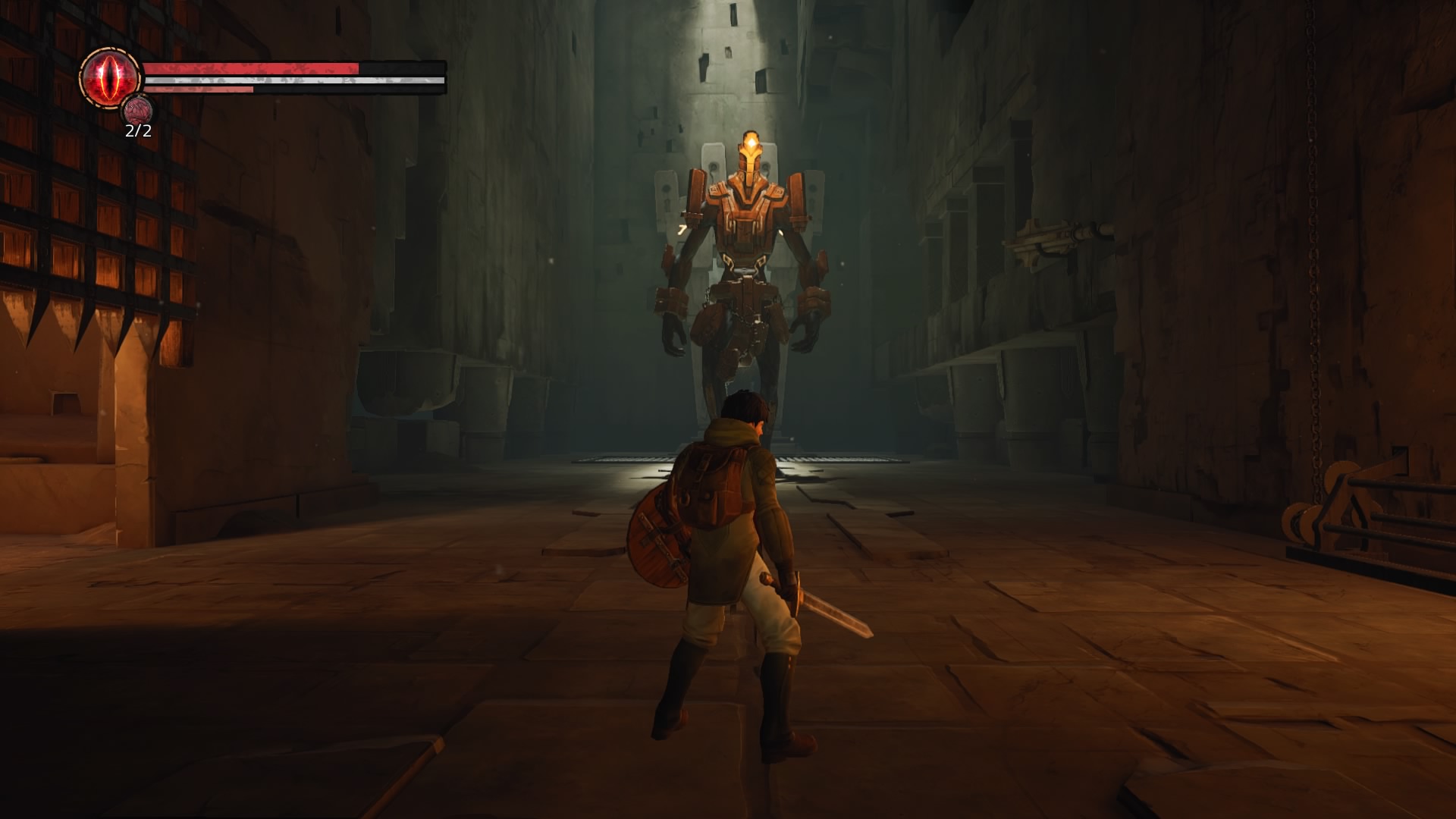 Violence: Spurts of blood will fly off of characters when they are struck by a melee attack. Enemies dissipate into a fog of black mist when defeated.

Language: A couple uses of “h-ll” can be heard in the dialogue.

Spiritual Content: The player experiences a kind of reincarnation, as whenever they die, they come back aged one year older. There is a magical mystique to the world, though it is kept mostly vague.

Positive Themes: The game follows the typical “hero must kill the evil monster to save the world” storyline. 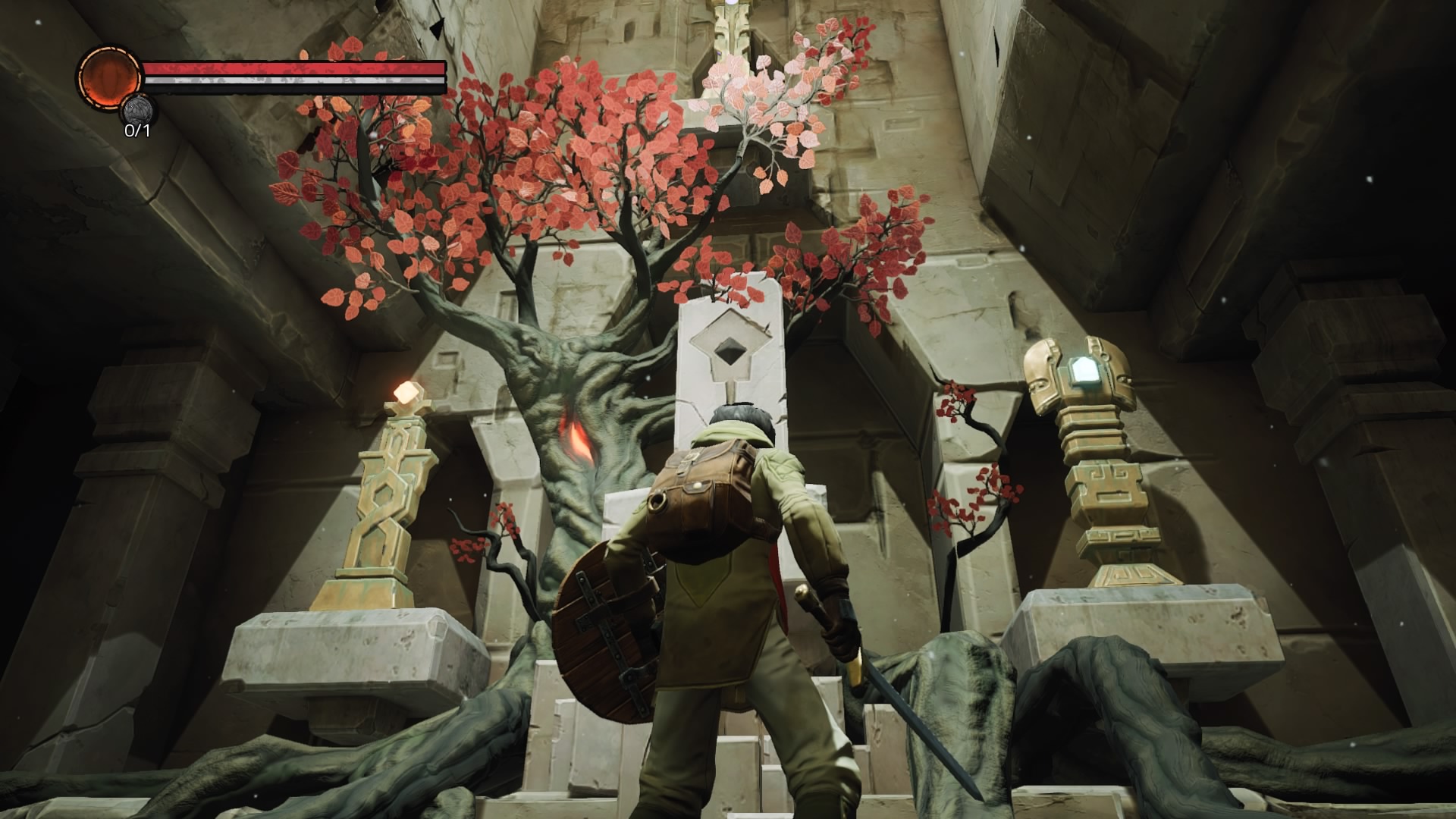 The gameplay of Chronos: Before the Ashes takes inspiration from a lot of other “Soulsborne” action-RPGs in its design. The core gameplay has the player making their way through a series of levels in which they must battle various enemies in order to make it to the next checkpoint. If the player dies, their character will respawn at the previous checkpoint they activated, as will all the enemies in the whole level. The player’s health is also very limited and can only be regenerated with dragon hearts that the player finds as they progress through the game. The player only gets a few dragon hearts for each life, and the hearts cannot be regenerated until the player dies. These elements encourage the player to be very careful in combat and to keep a close eye on their health.

One of the few unique aspects of Chronos‘ gameplay is the aging mechanic. Every time the player dies and respawns, their character ages one year. The player starts off the game as an eighteen-year-old and can age all the way up to eighty. This not only affects the character’s outward appearance, but also their abilities. Whenever the player ages ten years, they can access new traits that can aid them in combat. If the player reaches eighty years-old, they unlock immortality and stay at that age for the rest of the game. While it isn’t really feasible to age the player’s character into infinity, I do think it was a missed opportunity to do something a little more creative. 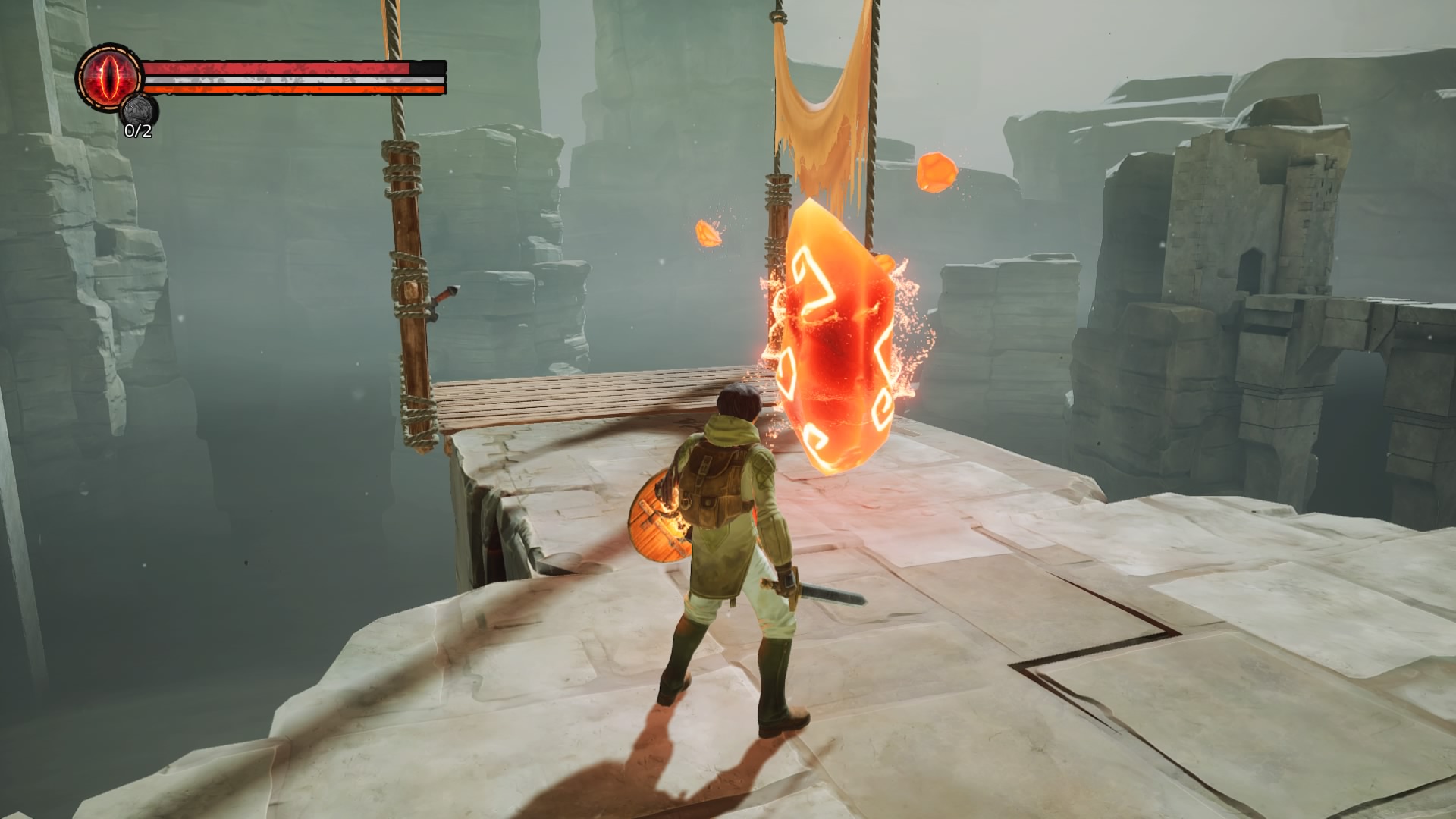 Unfortunately, beyond the age mechanic, the gameplay offers little in the way of innovation. Combat revolves around the basic use of light attacks, heavy attacks, blocks, and dodges. Enemies tend to have the same predictable attack patterns and usually are not too much of a challenge. The game also includes various puzzles that the player needs to solve in order to advance to the next stage. Most of the early puzzles are pretty straightforward, but occasionally I ran into ones that had no clear answer. A challenging puzzle can still be fun if it is clear what the player needs to do, but too often I found myself with no clue how to overcome this obstacle.

One of the strange things about this game is that its gameplay is very different from that of Remnant: From the Ashes, the entry that preceded it. I have not played Remnant: From the Ashes; however, through reading reviews and watching gameplay footage I have learned just how much it differs from Chronos. Remnant: From the Ashes is also an action-RPG, but it incorporates elements of looter-shooters like Borderlands and Destiny. The incorporation of both ranged and melee combat gives it a unique spin on the “Soulsborne” genre that helps the game stand out. Had the gameplay of Chronos stuck closer to the template of Remnant, I think the experience would have been much more unique and engaging. As a whole, Chronos‘ gameplay is decently structured and occasionally enjoyable, but it doesn’t leave much of an impact. 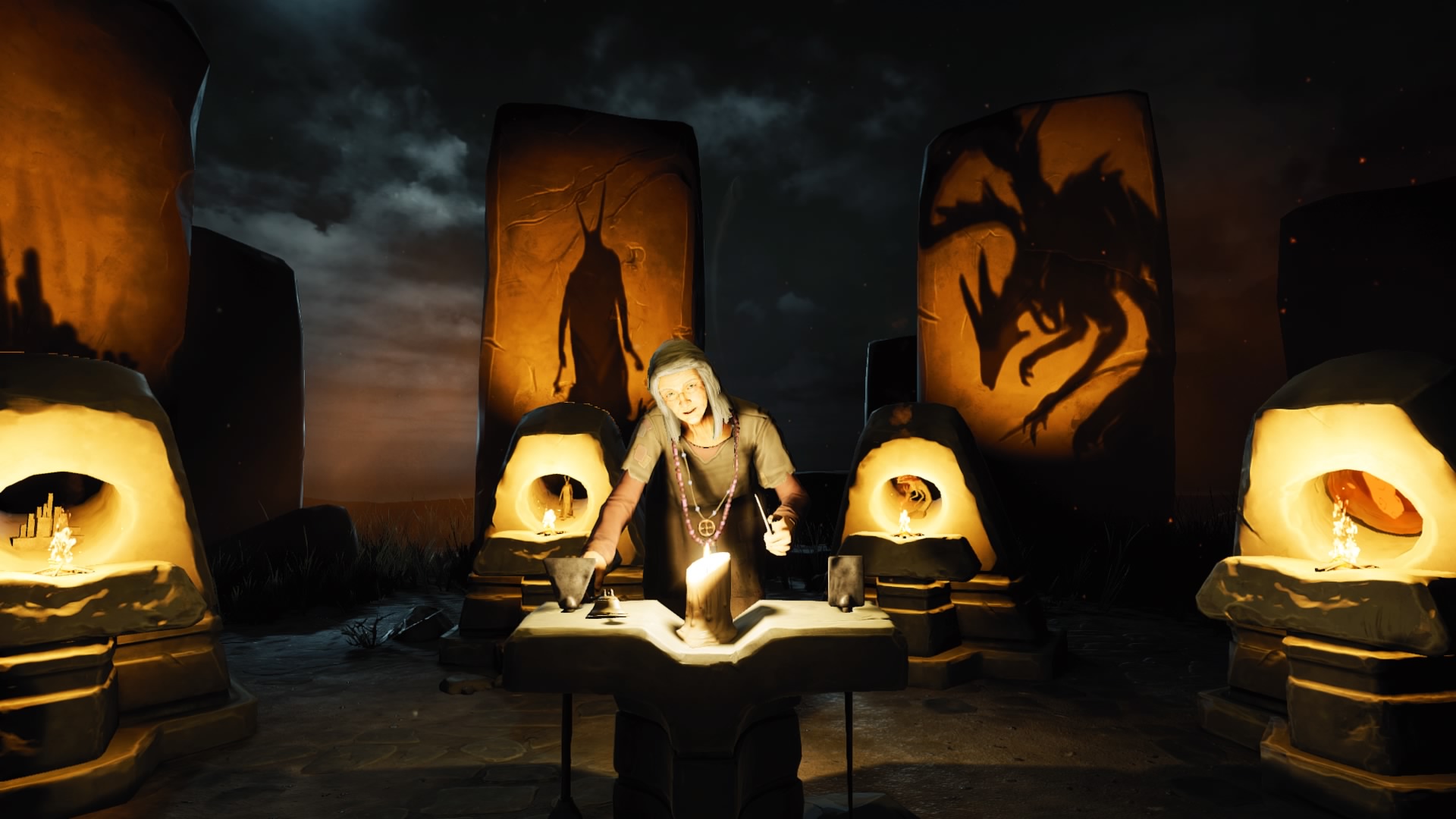 With the “Soulsborne” subgenre becoming crowded in the last few years, action RPG’s have expanded their range of settings and aesthetics to help set themselves apart from the competition. Current “soulsborne” games range from mythological Japanese dramas like Sekiro: Shadows Die Twice, to science-fiction dystopias like The Surge.

Unfortunately for Chronos, its setting and aesthetic largely fall flat. The game mixes both sci-fi and fantasy elements, as the player can access computers with recorded messages that reveal a bit more about the world. This is pretty common for a lot of action-RPGs in which the story is kept mostly vague in order to build mystery and intrigue surrounding the history of the game’s world. In Chronos, however, the blending of sci-fi and fantasy elements comes across as confused, and the story doesn’t do much to grab the player’s interest. It’s possible Remnant: From the Ashes provides more context for the game’s story, but as it stands on its own terms, Chronos‘s story is too vague to be engaging. 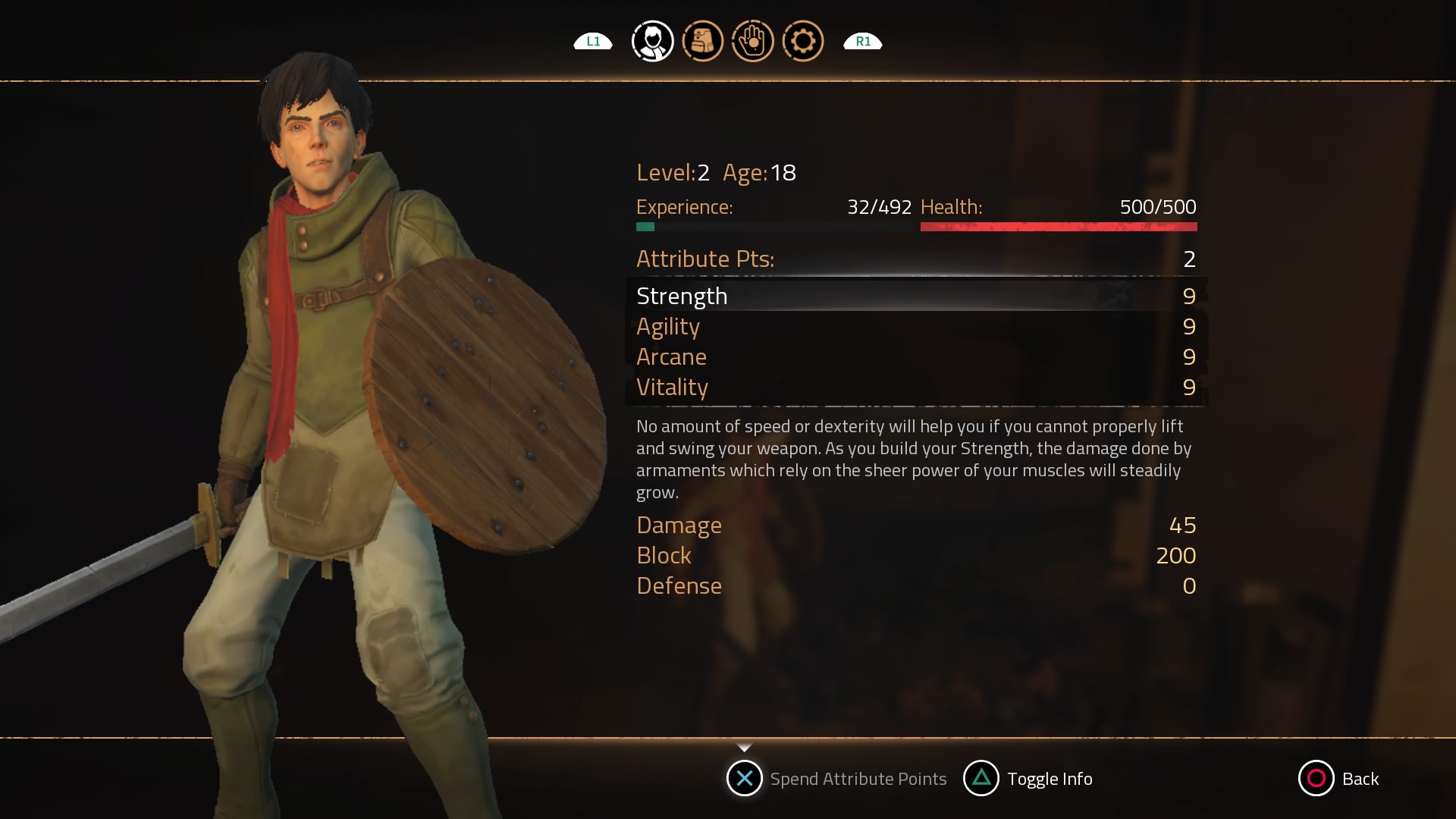 The most obvious issue with Chronos’ presentation is the graphics. The character models, textures, and environments are all very basic. This is especially noticeable when considering that the game was released for the last console generation before the PlayStation 5 and Xbox Series X. The grainy character outlines and plain environment textures simply don’t cut it by today’s standards.

Much of this can be explained by the fact that the game was originally made as a virtual reality exclusive and then refitted to be a third-person game. Many virtual reality games get away with more basic graphics because it helps the game run smoothly and the player is able to experience a different level of immersion. However, when these same graphics are applied to a third-person console game, it doesn’t work. As such, the graphics of Chronos leave much to be desired. 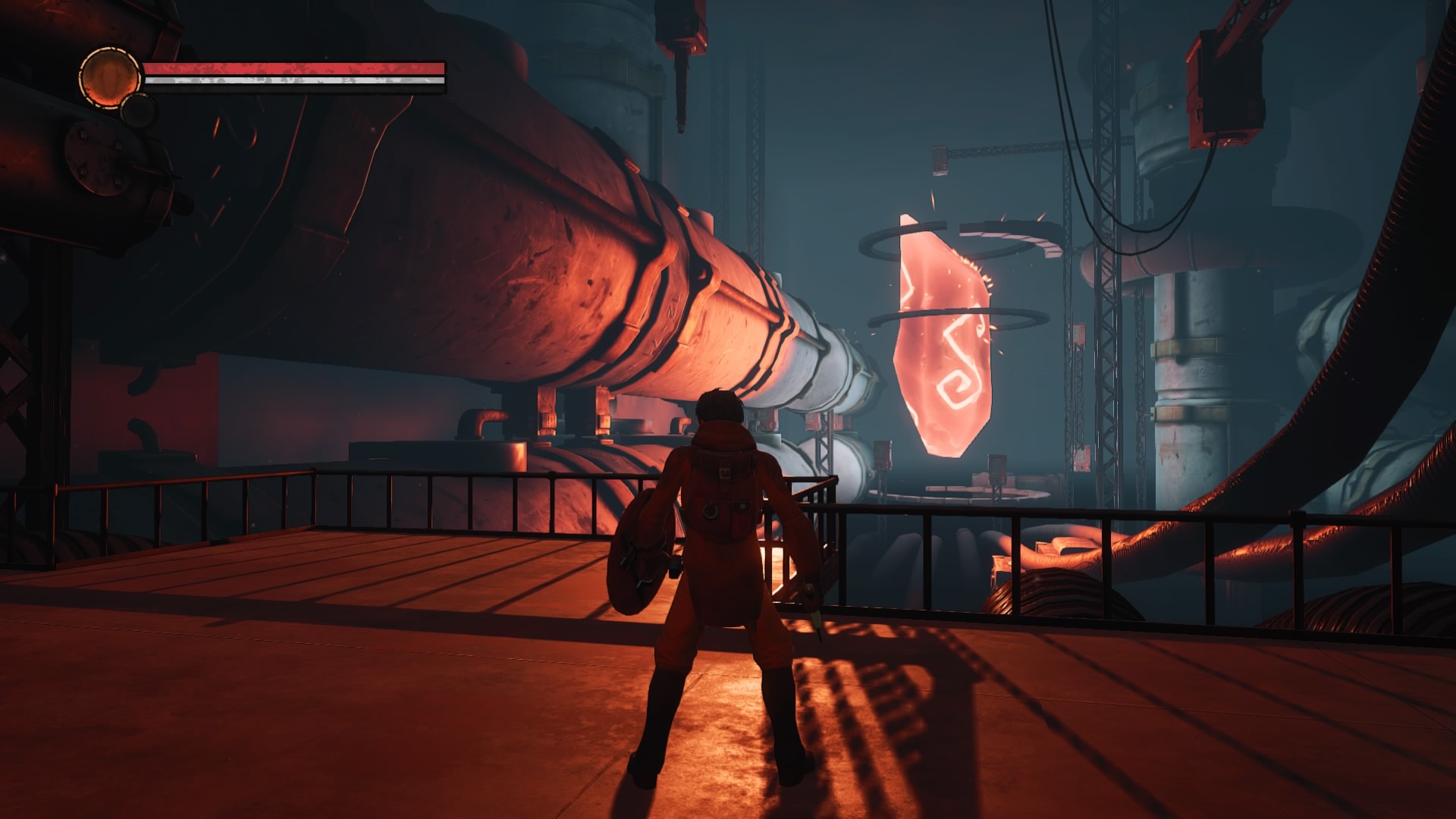 At the end of the day, Chronos: From the Ashes fails to leave much of a lasting impression, either positive or negative. It has decent gameplay and occasionally interesting mechanics, but is bogged down by sub-standard graphics and an unengaging story. There have been far worse attempts at “Soulsborne” games, but there are also far better ones out there. Hopefully as the franchise continues, the games will return to the core of what people enjoyed about Remnant and leave the derivative elements of Chronos behind.

The gameplay is decent, but Chronos' substandard graphics and lack of innovation means it fails to stand out amidst an increasingly crowded genre.