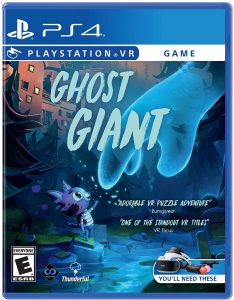 Ghost Giant has been one of my most anticipated PSVR games since it was announced at last years E3 conference. I must admit the wait has paid off. Zoink is the developer behind Ghost Giant, whose studio is located in Gothenburg, Sweden. While perhaps not a household name, Zoink has some award-winning games such as FE, STICK IT TO THE MAN, Zombie Vikings, and Flipping Death. Central to all Zoink games is innovative gameplay and a great story—Ghost Giant is no different. As I’ve said before, PSVR games need to be immersive and fun, like Moss or Astro Bot.  Thankfully, Ghost Giant meets those criteria. The game draws you in right from the opening scene where we meet Louis, a kitten who happens to be the main character, found crying by a body of water.

Ghost Giant is available at North American retailers including Amazon, GameStop and Best Buy for $29.99 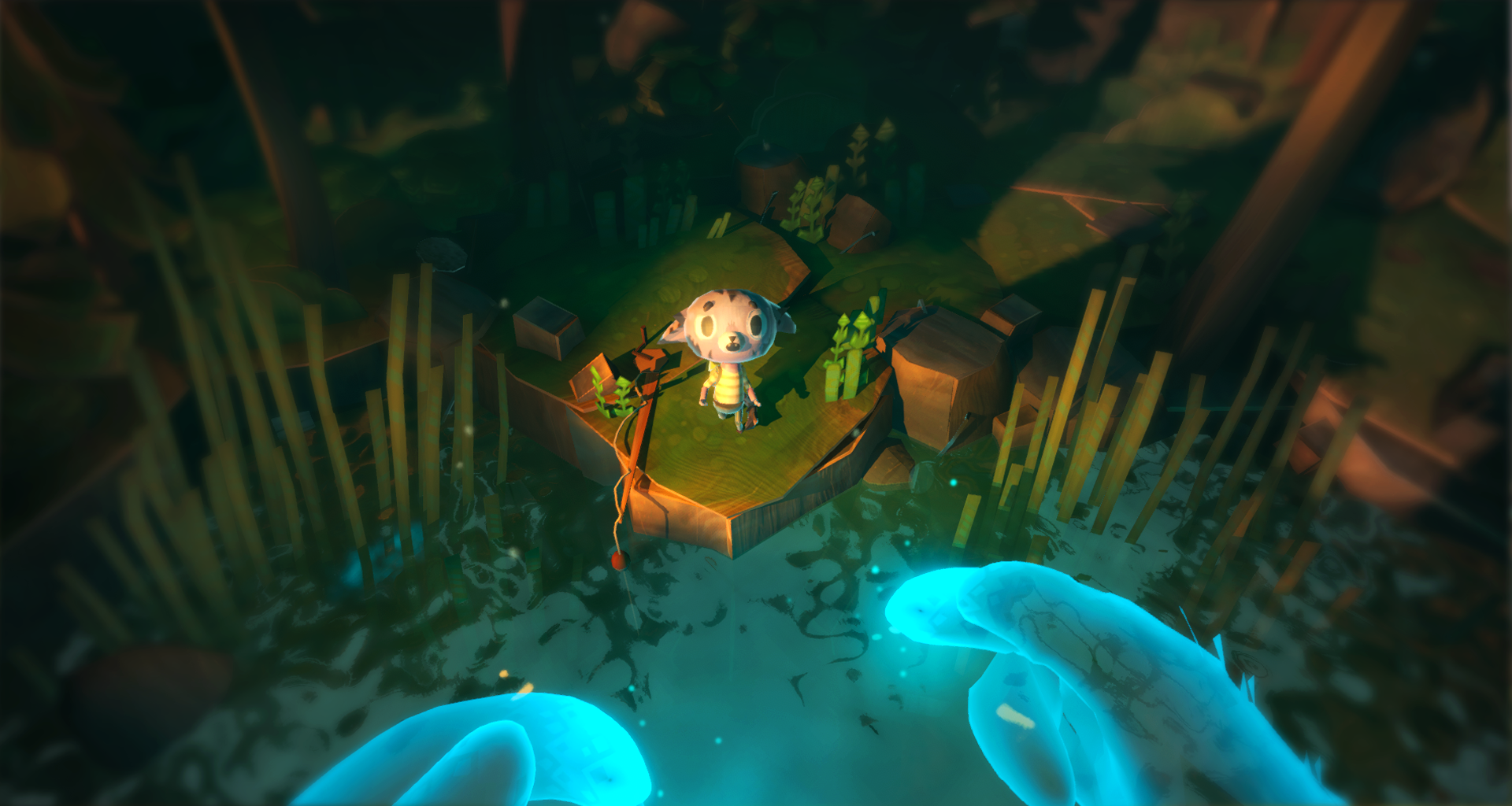 Ghost Giant is void of questionable content. If anything, it could work as a family bonding game where children can learn to depend on someone. This game also teaches players that anyone can be your friend, even if you are different. But the issues of depression and loneliness are addressed in an age-appropriate way. 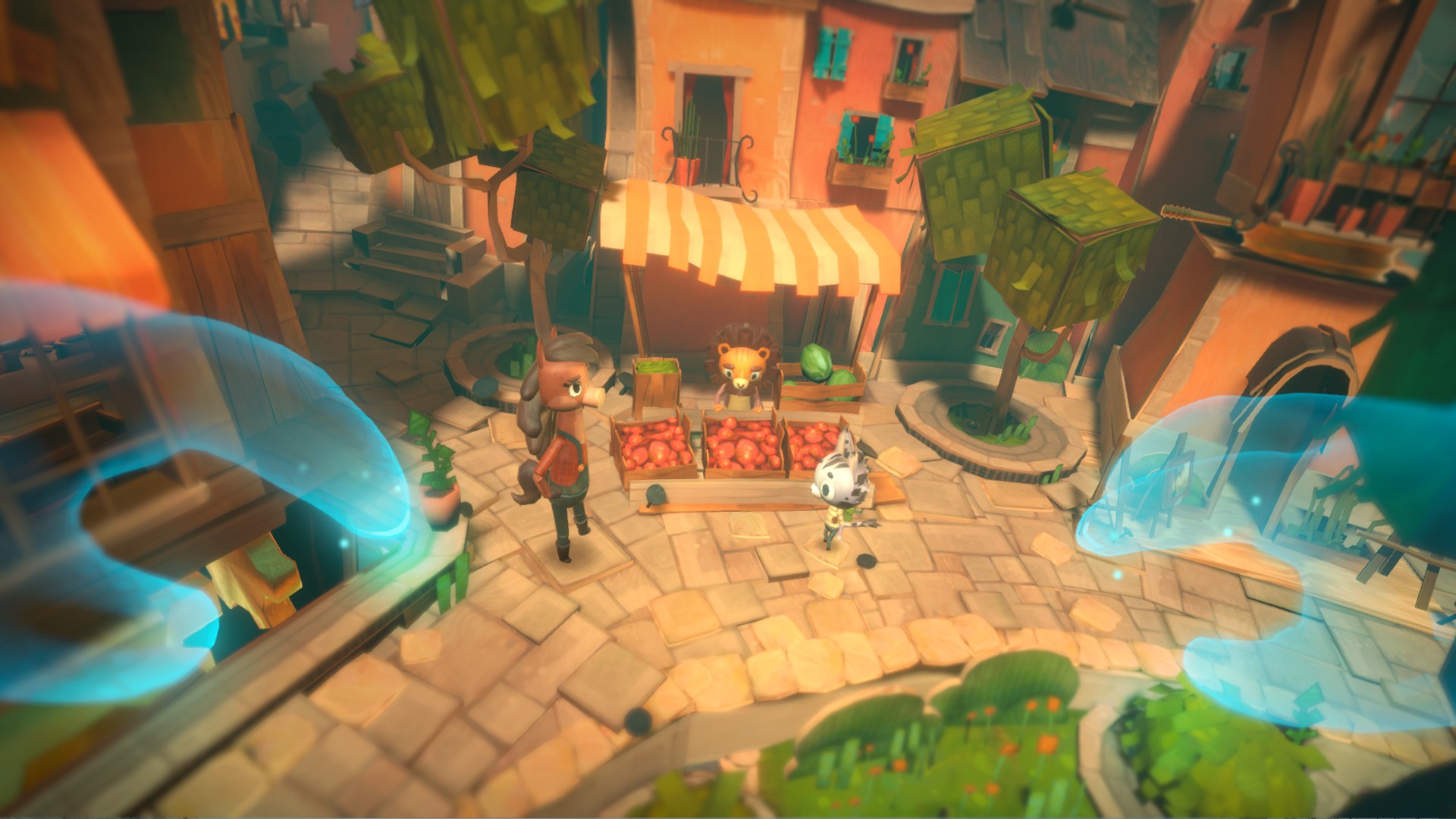 Positive Themes: The game looks at depression, abandonment, and loneliness. For me, this deeply resonated, as I spent three months in a rehab hospital. The loneliness and depression could sometimes be and occasionally still is unbearable. I was around doctors and nurses all the time, but my wife and kids were three hours away. Like Louis, I became courageous and I depended on other people for help and comfort, put my faith in God, and made the best of a bad situation. 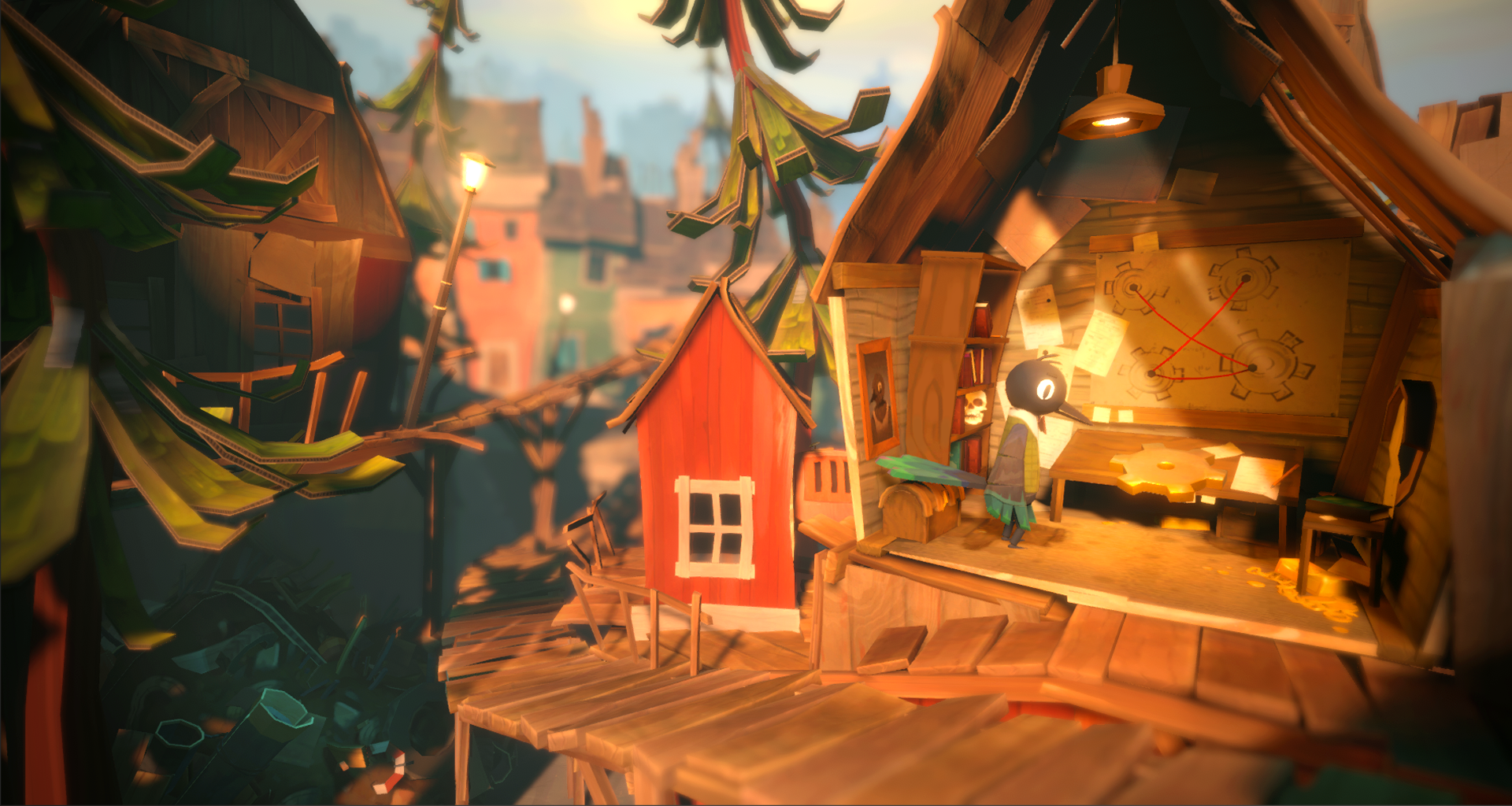 The story behind Ghost Giant was written by Sara B. Elfgren. It’s a well-crafted emotional journey that takes place in a wonderfully-looking world. The characters look like Tearaway, LittleBigPlanet or even Yoshi’s Crafted World; like a diorama kids take to school for an assignment. If you’ve watched Dinner for Schmucks, the game reminds me of the scene where Steve Carell builds lifelike scenes with Calico Critter toys from Target. 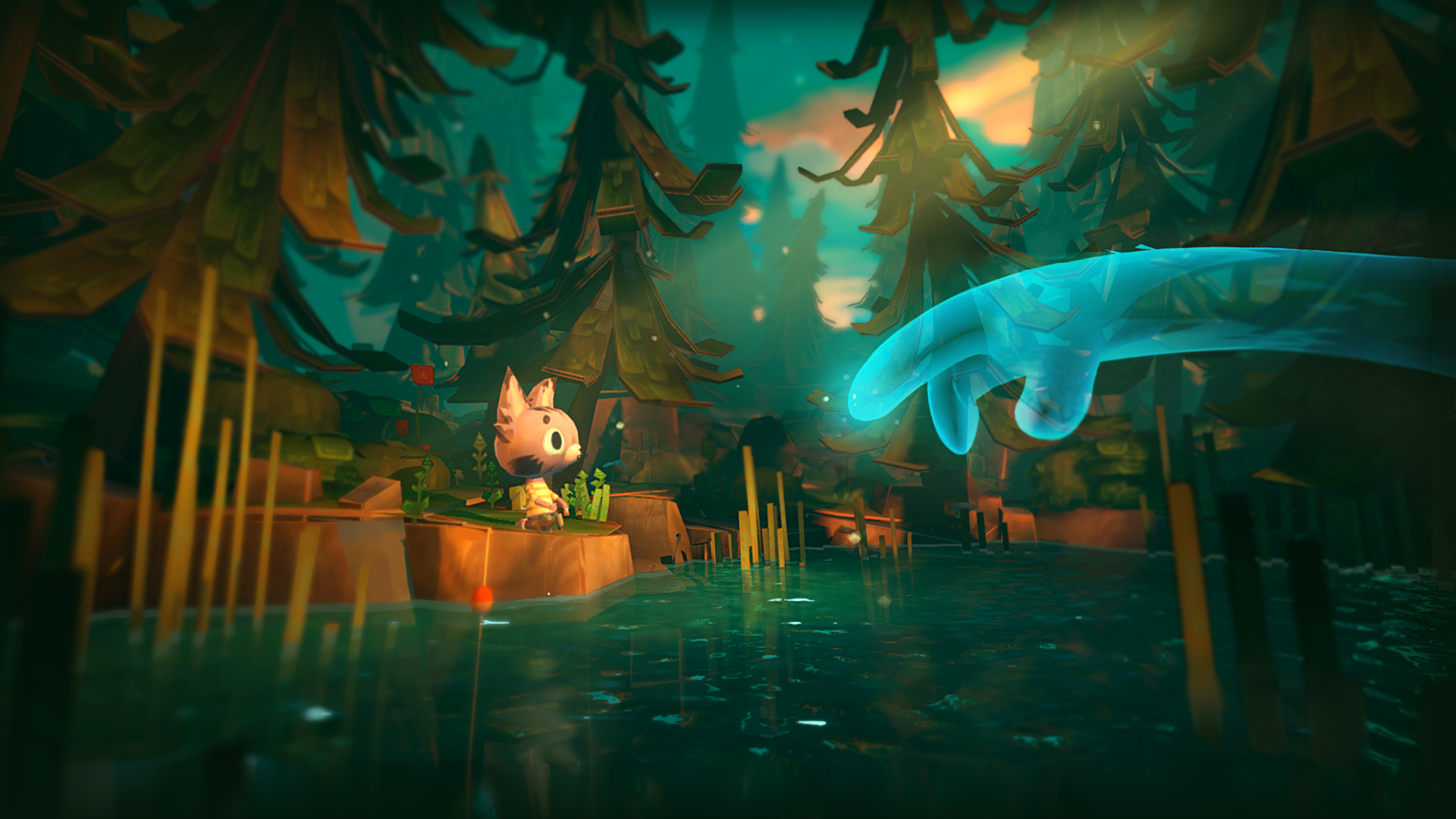 Gameplay in Ghost Giant is quite enjoyable. The player controls the hands of the giant via PS Move controllers which means you can point pinch, push or poke as well as grasp, turn keys and pull or pick up items. There is light teleportation action when moving to new acts or areas of the story.  When Louis first meets the Giant, he is frightened because the giant unexpectedly pokes him. I also enjoyed that only Louis is able to see the Ghost Giant. In one part, I even pulled sunflowers out of a field for Louis.

Throughout the game, you help Louis by moving rocks, lowering bridges and other tasks to solve puzzles, as well as assisting the people of Sancourt that Louis encounters. In certain levels, there are basketballs and basketball hoops. Shooting some hoops makes for a fun mini-game in addition to the base-level puzzles. Throwing pinecones to knock over a bridge is fun and takes a little practice for depth. Throwing, poking or grabbing also surprises the other characters, which makes for funny interactions with supporting NPCs. 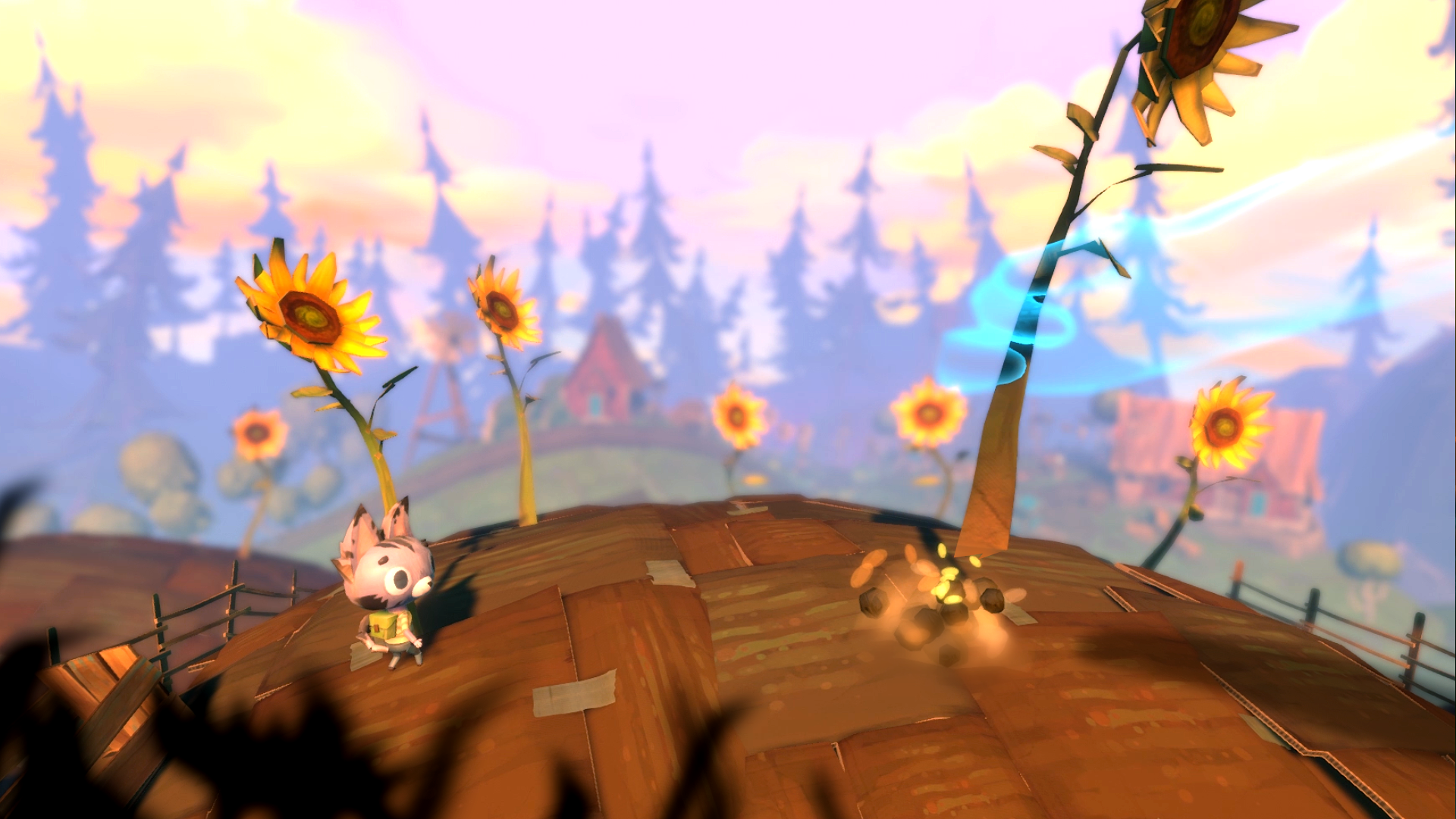 Even though the game and story are great, I found the move controllers and motion inputs to be frustrating. Immersion and seamless motion controls are a unique aspect and selling point of VR, so I wish developers would tighten up this facet in their games. I don’t want a Wii 3 or PS move 2.0; I want a new experience.

In Ghost Giant, I had issues with tracking and drifting. I was able to fix this issue by recalibrating my PSVR headset and move controllers. However, my session turned into a checklist of quick fixes. I wish that there was an option to use a DualShock 4 controller. At least in other VR titles I’ve played requiring Move, the DualShock was an optional controller. Since I now play one-handed, this would greatly aid in accessibility and enjoyment of games.

Ghost Giant is a delightful game and a wonderful story with heart.