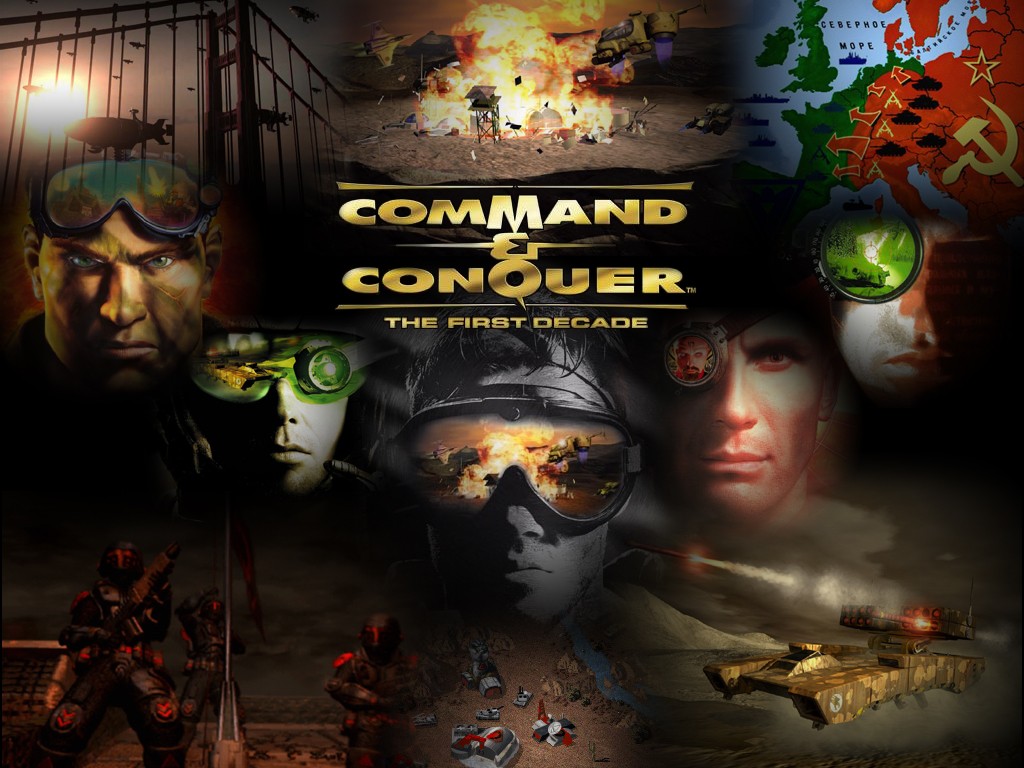 When I first stumbled upon a promotion on Steam for Age of Empires II HD, I immediately contacted all of my college buddies on Facebook, talking trash and reminding them that I never lost a match against any of them or their friends that they would recruit and claim that they were good. Of course, they all heeded the call, looking forward to exacting their revenge. When AOEIIHD became available, it rocked a $20 price tag; I pumped my brakes. AOEII came out in 1999! Why was Micro$oft punishing fans by charging $20 for us to play a game over a decade old and hardly improved from the original release? Just because fans can play in 1920 x 1080 resolution does not mean that there were improvements as “HD” implies. Still, some of my friends jumped on, but I had to bow out. I know too much about gaming to get fleeced. To make matters worse, Age of Mythology and Rise of Nations would also find their way onto Steam at similar prices.

Oh how I mourn the fact that real-time strategy games, my favorite genre, have become all but extinct in the present gaming world! While games like the first Company Heroes and World in Conflict are outstanding, they are real-time tactical (RTT) games, not strategy even though one could argue that one can be strategic in execution. The battlefield phases of Total War: Shogun II could certainly qualify as “real-time” if it were not for the pause button during single player or the map overlay which is indisputably turn-based. Fortunately for RTS fans, the latest remarkable release that is not a lukewarm HD port is Grey Goo, developed by exiles from the studio formerly known as Westwood. This is a step in the right direction, but I would like to see more in the genre besides the half-hearted Planetary Annihilation, which was received with such apathy due to its bugs and lack of depth that it has sold for as low as $6 on Steam even though it is barely four months old.

Consider this article the first in a series of elegies and eulogies. Let us take a look back at one of the biggest franchises in the genre.

I actually first played Command & Conquer in 1996 (retroactively sub-titled Tiberian Dawn) on my PSX because back in the 90’s, computers were expensive luxuries rather than essential tools, and it was much cheaper and easier to own a console than a (gaming) PC. The PSX (and 3DO and Saturn) brought forth CD-quality music and sound effects into the mainstream in ways that the Sega CD (and CDX) failed to, and I found the level of detail offered in C&C interesting, but I was not floored. I did not bother with beating the game because I felt it was too difficult. Playing a RTS with a controller is torture. 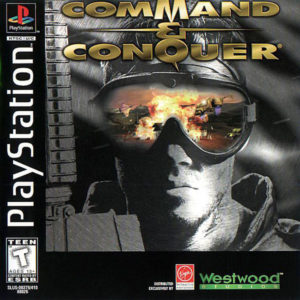 After this, I was no longer a C&C virgin.

In a completely separate but related story, I basically had to fall out at the foot of my mom’s bed in a heap of tears to convince her that we did not just want, but needed a computer. I’m 13 at the time, all but pounding my hands and feet on the floor as seen in cartoons, devastated at the fact that my mom felt it to be “too expensive.” It is not my place to ask what my father said—or…ahem…did—to my mother to change her mind, but that first Packard Bell would change all of our lives (seriously though, my little brother went on to major in computer science and I would major in English and type 85+ words-per-minute).

I cannot say why my brother asked for the original Red Alert (RA) Collection (RA, Counterstrike, and Aftermath) on the PC for his birthday. Maybe it was because he liked RA: Retaliation on the PSX while I felt it to be only slightly better than C&C: TD, but whatever the case was, and whatever the shortcomings of the PSX games were (like scratched rental discs from Movie Gallery and Blockbuster Video), all was remedied and forgiven by keyboard and mouse controls. The unit diversity, tech trees, and (attempted) faction differentiation combined for experiences from which I never grew tired, no matter how many hours I pumped into the game. My exposure to the Allies has stuck with me throughout the years, and even to this day, I prefer the “finesse” style play in most cases over brute strength. For that reason, I did not care too much for playing on Westwood Online, because every game was all about the tank rush. I would much rather tech up to the Chronosphere, teleport a Cruiser into some water near my opponent, and rain hell on their base before it teleported back or use Longbow helicopters to blow up my opponent’s ore miners since their missiles were strangely ineffective against more mobile targets, even if they were tanks—or especially Soviet Mammoth tanks! Teching up with the Allies was doubly worth the effort because their tech building would reveal the entire map! 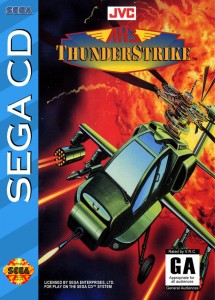 Gamer Geek Bonus Digression!!! The Allied Longbows were designed after the real-life Boeing AH-64 Apache, a military vehicle so popular with game programmers at the time, that it also inspired both the AH-73M Thunderhawk from the AH-3 Thunderstrike as well as the Super Apache from the Desert Strike, Soviet Strike, Nuclear Strike games. Sorry Jungle Strike and Urban Strike fans, but that helicopter was based upon the RAH-66 Comanche.

The C&C series spoiled me in many ways. The FMV sequences that made C&C  famous indoctrinated me to come to expect that a story—however cheesy—that would be conveyed through special FMV cutscenes after achieving certain goals like winning a mission or beating the game; they provide a reason why I should care about one faction winning over another. Without them, I doubt I would have fallen in love with or the RTS genre in the way that I did. Additionally, RA taught me lessons in brilliant game design through its usage of scripts such as the patterns in which the AI would attack, but especially in missions where one begins with limited units and cannot build, but must survive until the end. If I am completely honest, I hated the non-building missions in my youth, but as I became older, I began to understand that these missions are a demonstration in good balance and design: give the player X units at the beginning, and create Y number of winnable and/or impossible fights to reduce X units to Z, whereas section A of the map will grant additional units and B and C are (sub)objectives. Particularly, the combination of these the video sequences and well-balanced maps in RA would expose me to the first “video game vixen” that I fell in love with: Special Agent Tanya Adams

Now if one were to Google “Special Agent Tanya,” one would get a plethora of images featuring Keri Wührer’s and Jenny McCarthy’s Tanya, both of whom were functional Tanyas, though they were certainly noticeable augmentations in the “eye candy” category. In contrast, Lynne Liteer’s Tanya is all about business.

Flat, smooth, soft bellies? Tanya ain’t got time for that! How about abs so rock-solid, you can see them in low resolution! That’s the Tanya I grew up to love, not softcore B-movie actresses and Playboy models.

Playing with Liteer’s Tanya in RA, alongside Blaze from Streets of Rage, may very well be my first exposure to a strong female character in video games. I got a thrill from the fact that she could 1-hit any kind of infantry, though I was bummed that she could not kill any kind of vehicle. In fact, she was quite weak against vehicles, but strong against structures with her auto-destruction C4 and a “Kiss it bye-bye.” Her “That’s All you got? Chew on this!” trash talk combined with her “hahahaa” cackle and “cha-ching” comments put her on par with the C&C Commando in terms of wit, and her “Lets rock!” and “I’m there!” responses when ordering her around gave her that 90’s style of cool. But none of her RA phrases compares to my #1 favorite catchphrase in the entire history of video games, “SHAKE IT, BABY!” which she exclaims while standing idle and stroking her hair. One of my favorite things to do was begin a skirmish game and produce a bunch of Tanya’s as they just stand around saying all of her phrases. However, raspy, GI-Jane style voice in RA’s Tanya does not come from Litteer, but another actress. As I have mentioned, Westwood made Tanya in Red Alert 2 a little saucier, but Wührer still delivers her lines crisply. McCarthy’s Tanya’s VA either tries too hard or not hard enough, sounding like the lines are being read. But her worst offense is not saying “SHAKE IT, BABY!” Wührer, on the other hand, recites her lines like she is responding to orders and means it when she talks trash on the battlefield.

Yeah, this should be the prototype for heroines who kick butt.

Well, that’s enough for an introduction.Let’s dig in to the specifics.

CONTINUE ON TO PAGE 2 FOR C&C: TIBERIAN DAWN