After achieving practical bankruptcy upon publication of Shadow Tactics: Blades of the Shogun, Mimimi Productions can do no wrong. If anyone reading this has yet to play Blades of the Shogun, stop reading this and click the hyperlink to check out the official GUG review. It is not just a meticulously-executed Commandos clone; it is one of the best games ever made. Mimimi strikes lightning twice with Desperados III, improving upon every, and I mean every aspect of Shadow Tactics, from graphics, to character design, to dialogue, to even enemy diversity and inclusivity!

So here we are, five years removed from Blades of the Shogun (and almost two since Desperados III), and Mimimi publishes Shadow Tactics: Aiko’s Choice, a stand-alone DLC. Serving as a midquel, this game takes place right before mission nine in Blades of the Shogun, “Kage-sama’s Camp” where Mugen, Aiko, Hayato, Yuki, and Takuma attempt to apprehend the conspirator who undermines the Shogun’s dominion. 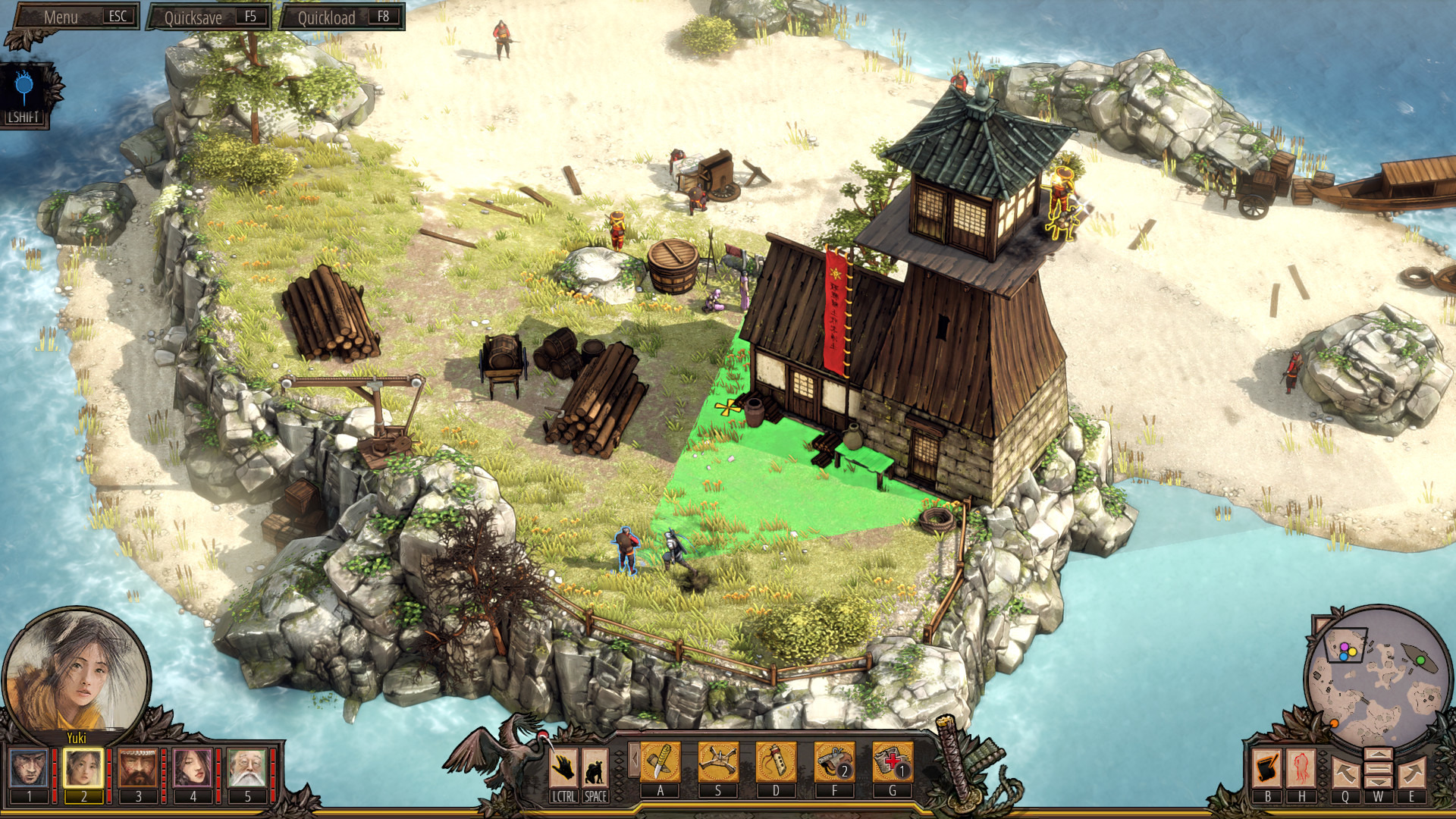 The enemy layout for this island is one of the more difficult encounters. I had to cheese this one.

Aiko’s Choice begins with Mugen and the gang in their hideout taking a toast before completing what they believe to be their final mission. Lady Chiyo, Aiko’s former sensei from the Sakura-clan school of kunoichi, interrupts them. She reveals that she is working for Kage-sama and abducts Yuki and Takuma, leaving Mugen, Aiko, and Hayato behind for execution by three soldiers. Of course, a trio of riflemen are no match for our heroes, and our heroes set off to rescue their friends and thwart Lady Chiyo’s plans. 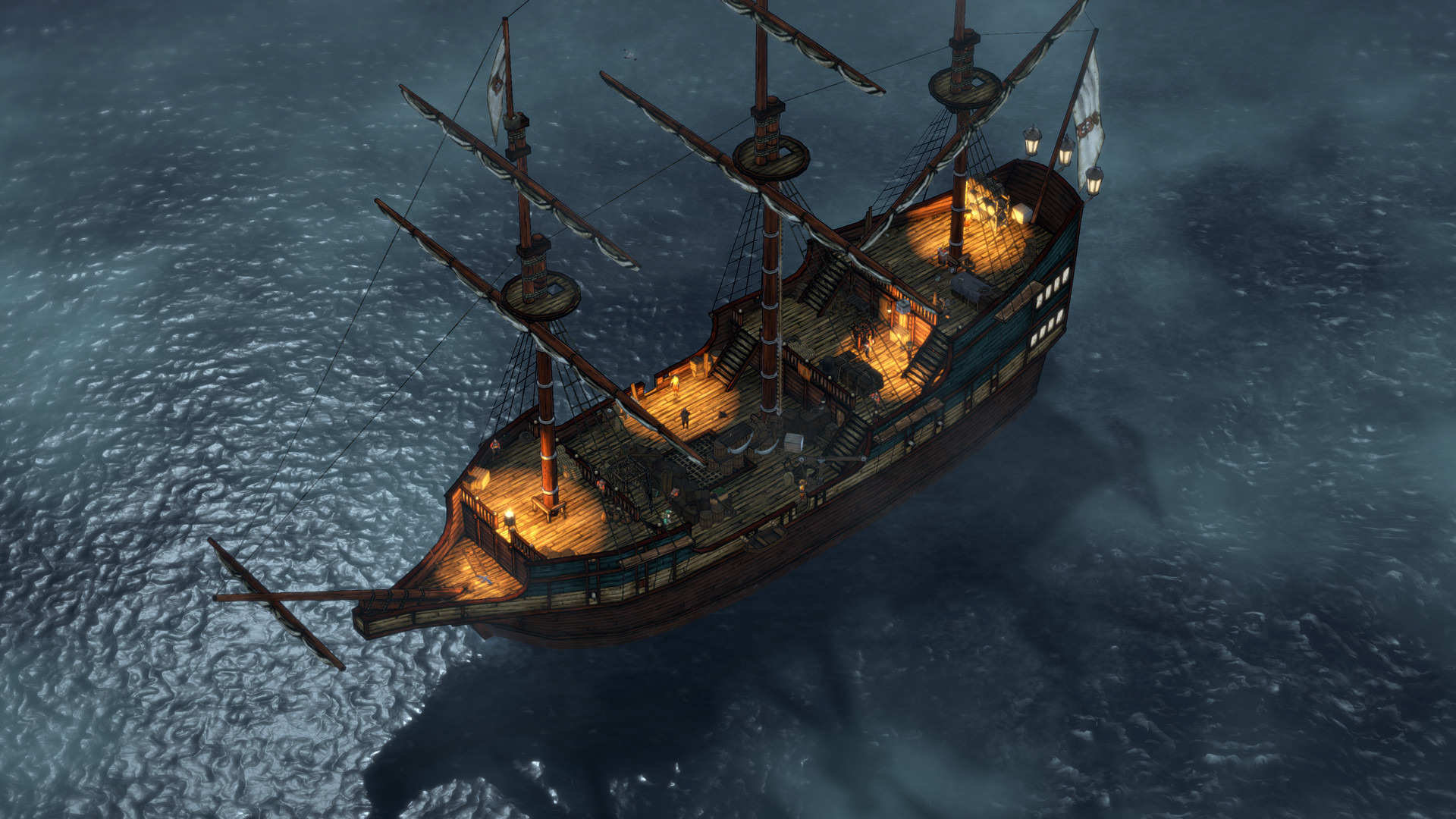 Aiko’s Choice technically consists of six missions: “Nagoya City,” “Ise Bay,” “Toba Coastline,” “Matsuyama City,” “Hana Garden,” and an epilogue. I say “technically” because only the first, third, and fifth missions are fully-fledged, while the others serve as brief interludes. Admittedly, this is a disappointing discovery; $20 pays for what I would interpret as content originally cut from Blades of the Shogun. Now that Mimimi is on solid financial ground, the developer must have decided to return and finish, with polish, what they had previously started. If I am being generous, Aiko’s Choice features seven hours of gameplay for a veteran like myself to finish the entire DLC once on normal difficulty, not counting achievements and in-game medals. I can easily think of a handful of complete GOTY-tier titles that one can buy for $20 and experience dozens of hours of gameplay. In terms of value, I would compare Aiko’s Choice to paying for premium gas instead of regular unleaded. 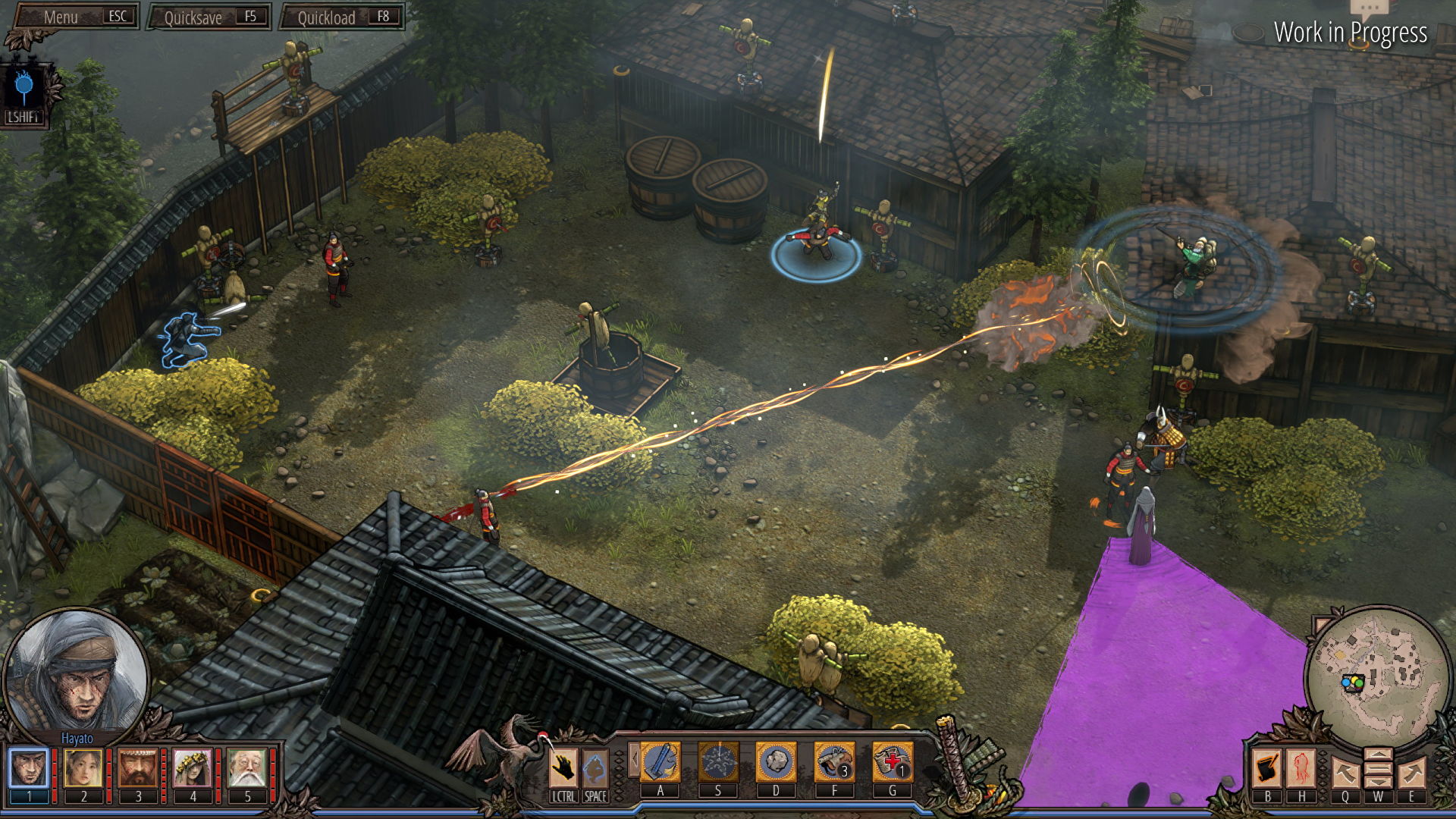 Do not get me wrong–Aiko’s Choice is quality DLC. What made Blades of the Shogun an outstanding game returns here, from character dialogues to the satisfying gameplay. In fact, Mimimi have improved their approach to level design since their experience with Desperados III. The missions in Aiko’s Choice feel large, less sequentially linear, and more multifaceted, even if solutions to what appears to be enemy deadlock frequently require Aiko’s intervention with her blinding perfume to solve. I feel accustomed to beating a Mimimi mission in approximately one real-life hour, while I required two for the main missions in Aiko’s Choice. Additionally, composer Filippo Beck Peccoz returns with additional tracks to add to the Shadow Tactics repertoire; “Reunion at Nagoya” and “The Secrets of Hana Gauken” are particularly fantastic and appropriate for the mood of stealthing around. 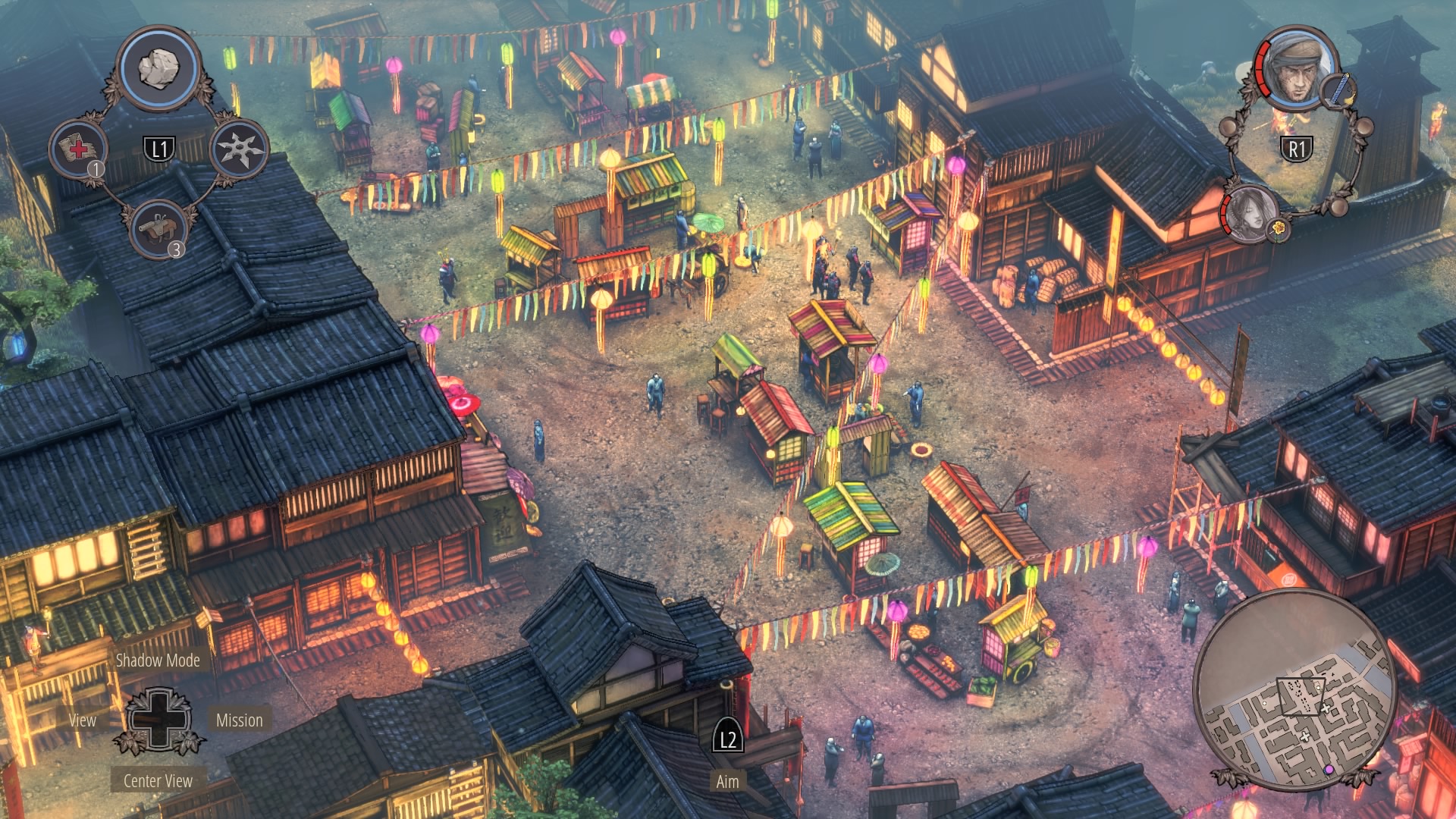 Still, I think Aiko’s Choice could have benefitted from adding a new, unique feature in the DLC to justify its value over the fuller, now-inexpensive base game. An additional, exclusive character would have been nice, or perhaps adding more abilities to the base cast. What I would have liked most of all is a Shadow Tactics “Remastered” of sorts. Do not adjust your monitors, folks! The cell-shading of Shadow Tactics requires an eyeball adjustment after transitioning from a significantly better-looking Desperados III engine. If Aiko’s Choice showed up with that graphical overhaul, I might have favored it over Blades of the Shogun! Alas, in the past, I have wished for more of precisely the same of spectacular video games; Shadow Tactics: Aiko’s Choice puts to the test the thresholds of such yearning.