So You Want To Buy An Xbox One? (Holiday Purchase Guide)

So you want to buy an Xbox One? I bet you have a lot of questions. How much does it cost? What games should you buy? Are there any necessary accessories? Luckily for you, Geeks Under Grace has you covered. This guide will cover everything you need to know and provide a link to every item as well for easy purchase. Essentially this can be your one stop shopping place. Easy, right?

The Xbox One is Microsoft’s latest platform. It was released November 22, 2013. When it launched, the console came packed in with the newest Kinect peripheral. The Kinect allows you to maneuver menus, stop and start video playback, record gameplay footage on a dime, and more. After a bit of public outcry, Microsoft decided to release a version without the Kinect, thus making consoles cheaper for consumers. Xbox One also supports Blu-ray discs. Xbox One is home to some fantastic first party titles like Halo: Master Chief Collection, Sunset Overdrive, and the Forza series. It is not, however, backwards compatible with Xbox 360 games.

When the system originally launched, it was approximately $500 with the Kinect included. Microsoft has come up with several bundle deals to both bring down the price, remove the Kinect, and include some great games all for a lower price. Right now, you can get the system with Call of Duty: Advanced Warfare, Assassin’s Creed Unity, or Sunset Overdrive for right around $350. These consoles include a 500 GB hard drive (except the Sunset Overdrive bundle’s 1 TB), one controller, and the game to be bundled in.

One downside to Xbox One is that you’ll have to pay for Xbox Live to play games online. This is also an issue for the PlayStation 4, but it’s an issue to keep in mind. A year of Xbox Live will run you about $50 (or $8-9/mo individually). On the plus side, you’re privy to the Games With Gold program, which nets you a free game or two each month plus some other deals on the marketplace.

7 Must-Play Games On Xbox One 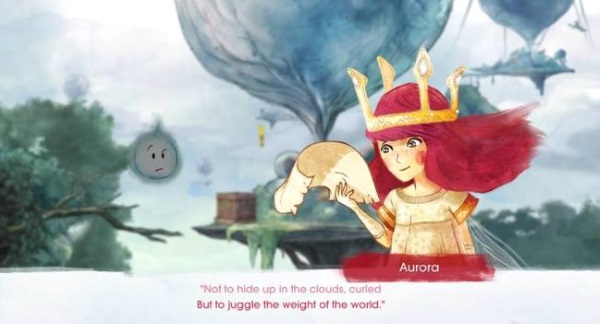 Created by Ubisoft, Child of Light is a captivating RPG where players will take on the role of Aurora, a girl who wakes up in the land of Lemuria. With Lemuria’s sun, moon, and stars stolen by the Dark Queen Umbra, Aurora (with the help of a colorful cast of teammates) is tasked with recovering the celestial bodies and reuniting with her father. 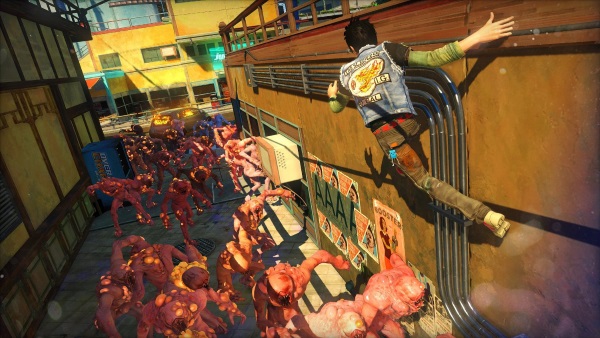 After a new energy drink turns everyone into mindless zombies with a thirst for, well, more energy drink, the world becomes a mad house! You’ll have to use a crazy assortment of weaponry and your wits as you skate, dash, grind, and wall run your way around Sunset City. The zany cast of characters and crazy abilities ensure plenty of laughs and fun! *Note* – Strong language, suggestive material, and gore, though the language can be censored and the gore curtailed. 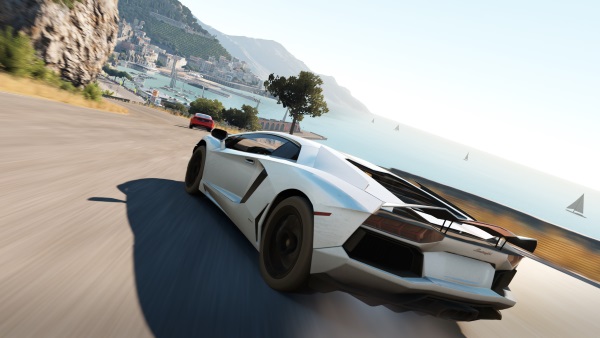 Race through a massive wide-open world featuring dramatic weather and day-tonight cycles. Instantly connect with friends in the ultimate celebration of speed, style, and action-packed driving. Explore beautiful and exotic locations in more than 200 of the world’s greatest cars. 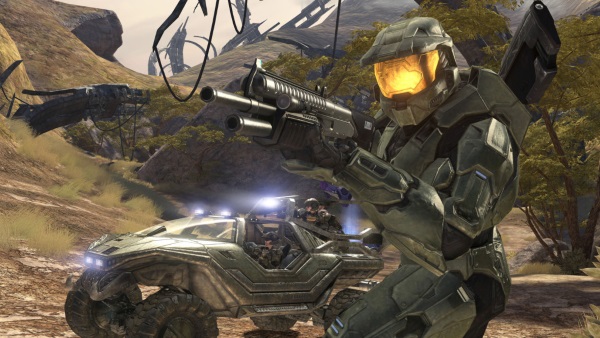 Master Chief, John, Sierra 117…whatever you know him as, his legacy has been with gamers since the release of Halo: Combat Evolved on the original Xbox. Now, the four seminal games featuring the Chief are back, revamped with updated HD graphics and reworked soundtracks. The originals are still in there too, of course! Relive the journey of Master Chief and Cortana from the first Halo ring to the first conflict with the Didact. There are over 100 multiplayer maps and 4500 achievement points to earn too! 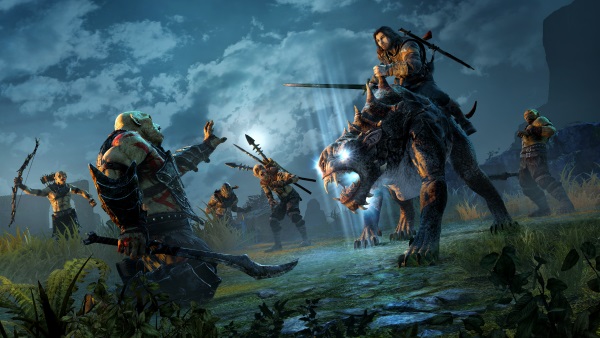 Set between the events of The Hobbit and The Lord of the Rings, Shadow of Mordor puts you in control of Talion, a ranger of Gondor who watches over the Black Gate of Mordor. After he and his family are slaughtered, he’s revived with “wraith-like abilities” and sets out to exact his revenge.

Shadow of Mordor features a unique “Nemesis System” where different enemies rise through the ranks depending on their actions. They’ll remember you from one encounter to another, even showing the scars of your previous encounters! 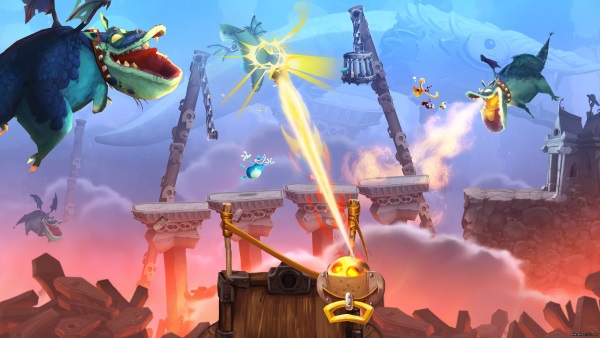 Released for Xbox One in February 2014, Rayman Legends puts you in the roles of Rayman and his cohort Globox as they set out to save 10 princesses and the Teensies who’ve been captured. Rayman Legends is arguably one of the finest 2-D platforming games released to date (even including the Mario games!). It’s also family friendly, full of laughs, and features cooperative play! 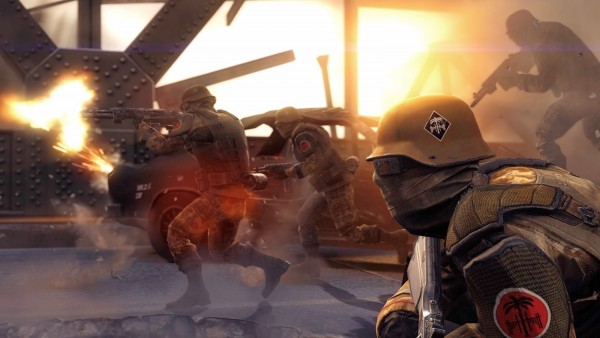 Check out our review HERE.

*Note* – This game is NOT for the kiddos! Strong language, strong violence, and some sexual content!

Wolfenstein: The New Order is a first-person shooter that brings back some old-school mechanics in a refreshing new way. When you tie in one of the best told stories in the FPS genre, you’ll see that you’re in for a real treat.

Here is a bonus game that your kids will love (and you might as well). 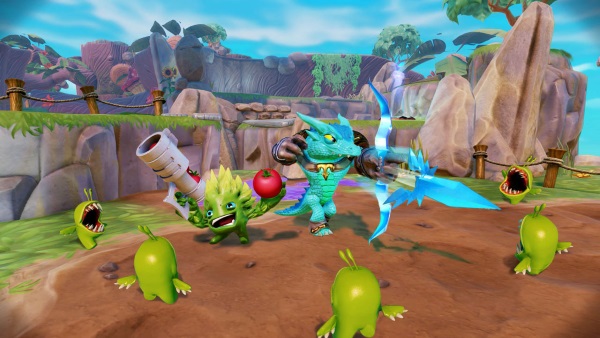 Kaos has released the worst villains in the Skylands by blowing up Cloudcracker Prison! This has sent all of the Trap Master Skylanders and the Traptanium used to build the prison to earth. You must use the Trap Masters and Traptanium shards to capture all of the escaped villains!

Here is a bonus game that adults will love but the kids should probably avoid. 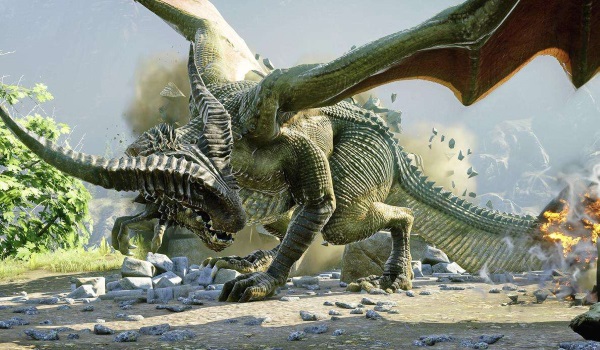 The land of Thedas faces the greatest threats it has ever known. Demons pour through massive rifts that link the physical realm to the Fade. The Templars and Mages are engaged in war. As the Inquisitor, it’s up to you to rally your forces, make grueling, world-altering decisions, and liberate the people of Thedas from chaos.

Here are 2 games that are coming out in the near future that you may want to pre-order. 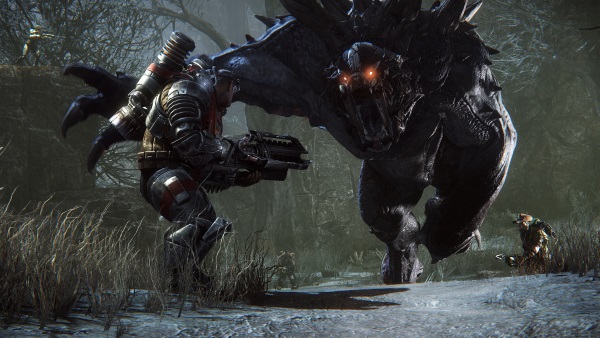 Turtle Rock Studios, the folks behind lauded co-op shooter franchise Left 4 Dead, are back with their newest game, Evolve. Evolve is set to pit four hunters against one giant, angry, ever growing monster. As the monster, you’ll have to escape and evade the hunters while you eat creatures and get stronger. As the hunters, you’ll have to work together to trap, tag, shoot, crush, contain, and ultimately bag the beast. You can expect Evolve on February 10, 2015.

Lara Croft and the Temple of Osiris 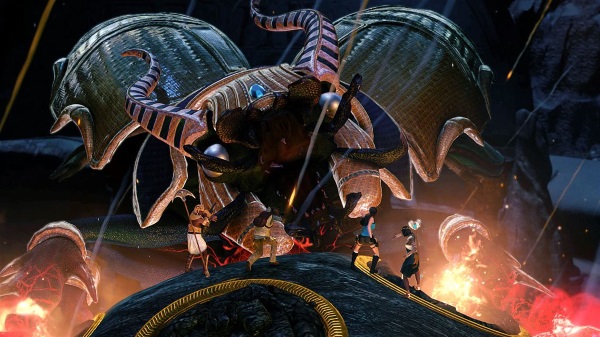 A download-only game, Lara Croft and the Temple of Osiris is the follow up to the critically acclaimed Lara Croft and the Guardian of Light. Lara will head to the deserts of Egypt, deep into the temple of Osiris in hopes of being the first to explore the tomb. Rival treasure hunter Carter Bell gets there first and aims to get the Staff of Osiris before Croft can. When Bell removes the staff, he activates an ancient curse that’s beset upon both he and Lara, but he also awakens Horus and Isis to fight along their side.

Here are some accessories that you might want to pick up for your brand new Xbox One.

With all the hours you’ll be putting into your Xbox One, your controller is sure to burn through batteries over the years. Luckily, Microsoft has provided a solution to keep you from running the Energizer Bunny to death. The Play and Charge kit will provide you with a rechargeable battery and USB cable to ensure you can keep on gaming.

We know you’ve got things going on. With the Turtle Beach Ear Force XO Four gaming headset, you can mute the TV (in case your significant other or kids are asleep) and get great audio quality from both you game and chatting with your friends. The best part is that at ~$80, you can get it without breaking the bank. 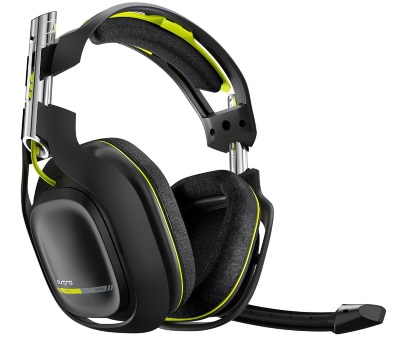 For the real audiophiles, Astro has released a wireless version of their A50 headset just for the Xbox One crowd. At ~$300, it’s pricey (almost as much as the console itself now!) but it features wireless Kleernet 5.8 ghz technology and employs three different EQ modes to fit your needs. The uni-directional microphone also isolates your voice from background noise, ensuring the clearest communication with your teammates.

Thank you for checking out Geeks Under Grace and our purchasing guide for the Xbox One. We have other purchasing guides as well and you can check them all out HERE. The Xbox One is the perfect system for the hardcore gamer looking to log some serious hours with games that push the envelope or feature online play. Xbox One also makes a fantastic one-stop-shop for your entertainment needs, hooking into cable tv and expanding digital viewing.

Xbox One. Jump Ahead.