Streets of Rage Gets a “Danger Room” in Mr. X Nightmare DLC!

Everyone and their momma knew just by looking at the detail of NPCs Shiva, Estel, and Max in Streets of Rage 4 that it would only be a matter of time before DotEmu, Lizardcube, and Guard Crush delivered the DLC. A little more than a year after SoR4’s launch, the developer and publishing teams have delivered additional content, dubbed Mr. X Nightmare. For just under ten (additional) dollars, players will have access to the aforementioned characters as well as a survival mode. (Those who do not have $10 still get all of these balance changes!)

At first, I did not care for fan-favorite Estel. Her rave combo ends with a falling heel kick that appears clumsy compared to the rest of the roster. But as the refreshed training mode taught me, Estel does massive single-target damage while chaining her rave with her neutral and forward specials. She has higher than average reach, and a fancy grab game where she does not vault over enemies, but performs a side-switch reach for swift hip tosses. 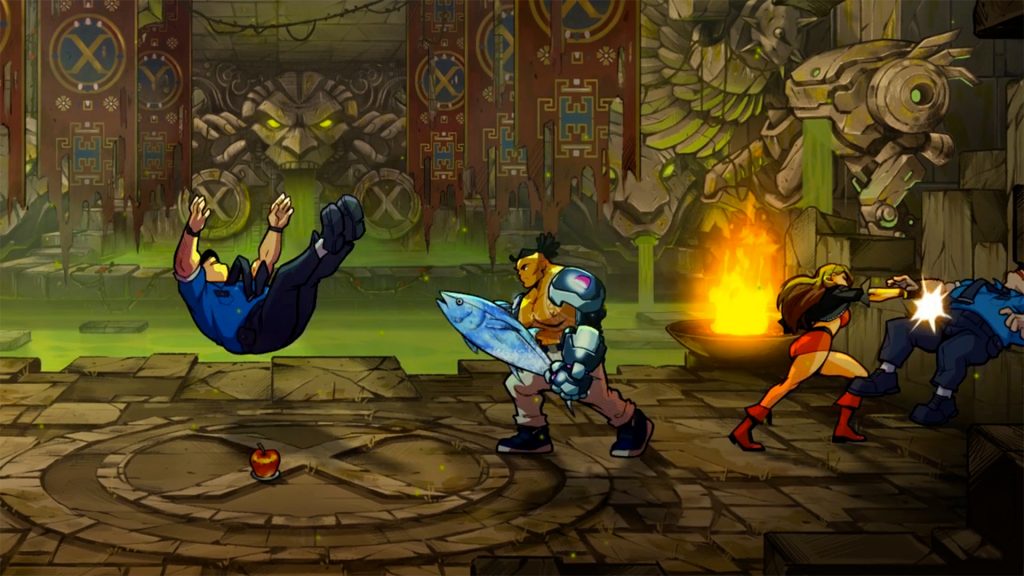 Lizardcub is getting creative with the new item to smack people!

Actually, all of these DLC characters are fan-favorites, including Roo, whose SoR3 version can be unlocked in a fashion identical to unlocking him in SoR3. Moving on to SoR4 Shiva, however, one can practically break the game. Unlike Estel, he feels like a boss character who can perform air and ground raves in addition to chaining his specials for mega damage. He is quite possibly a stronger overall character than Adam, who I declared to be top-tier because of his dash; Shiva has a dash too, though strangely not as smooth as Adam’s. 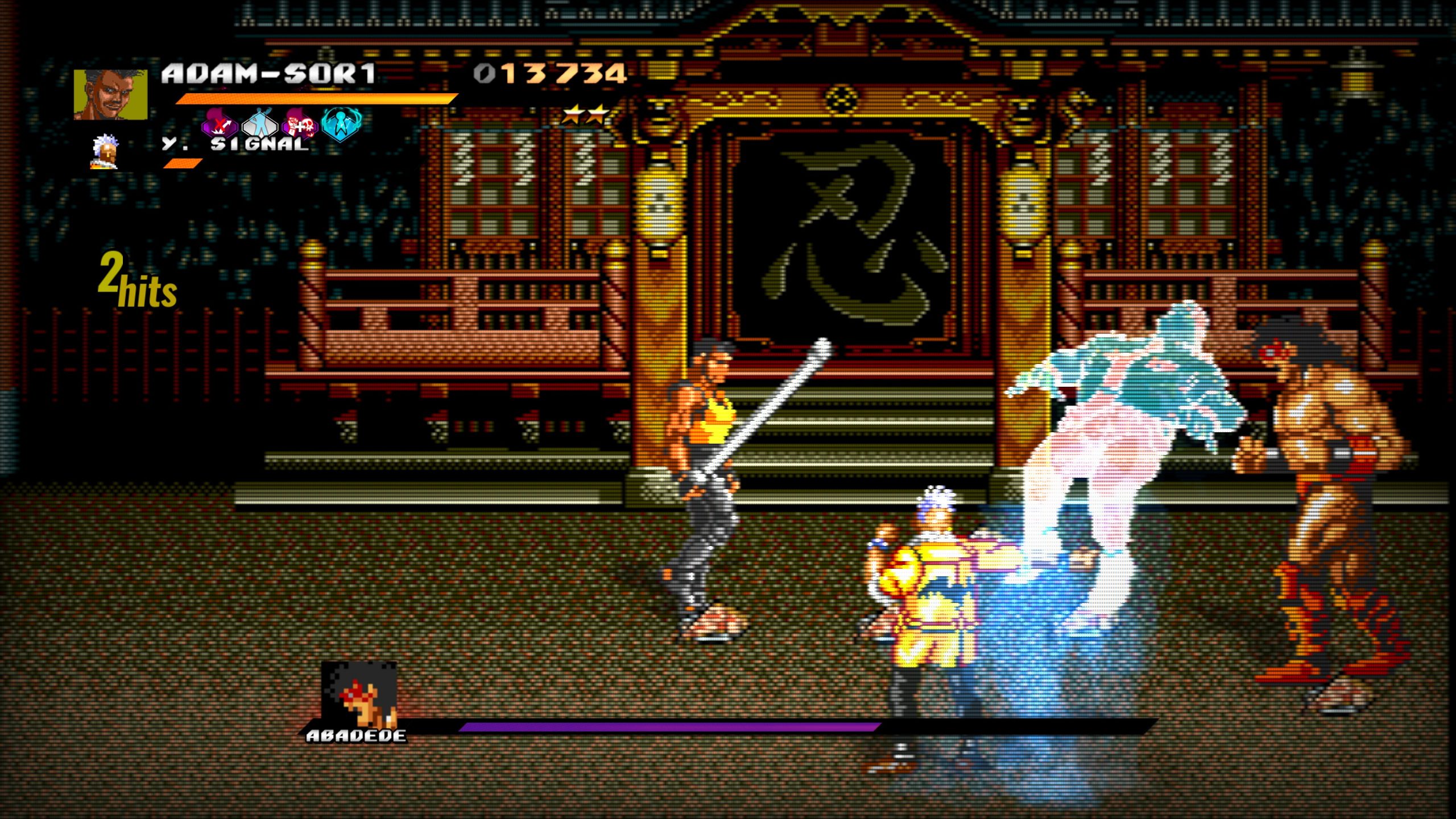 Some nostalgia for ya.

SoR4 Max strikes me as a carbon copy of SoR2 Max, but with better colors and animation frames. Guard Crush has added new specials and blitz attacks, opening the window to hundreds of character variants and thousands of possibilities. Granted, many of these attacks, especially with SoR, SoR2, and SoR3 are simply recycled animations, but the options are there for those who believe that variety is the spice of life. For a few characters, some of these moves are straight-up buffs; one of Cherry’s alternate blitz attacks mimics her star attack, invulnerability frames and all! 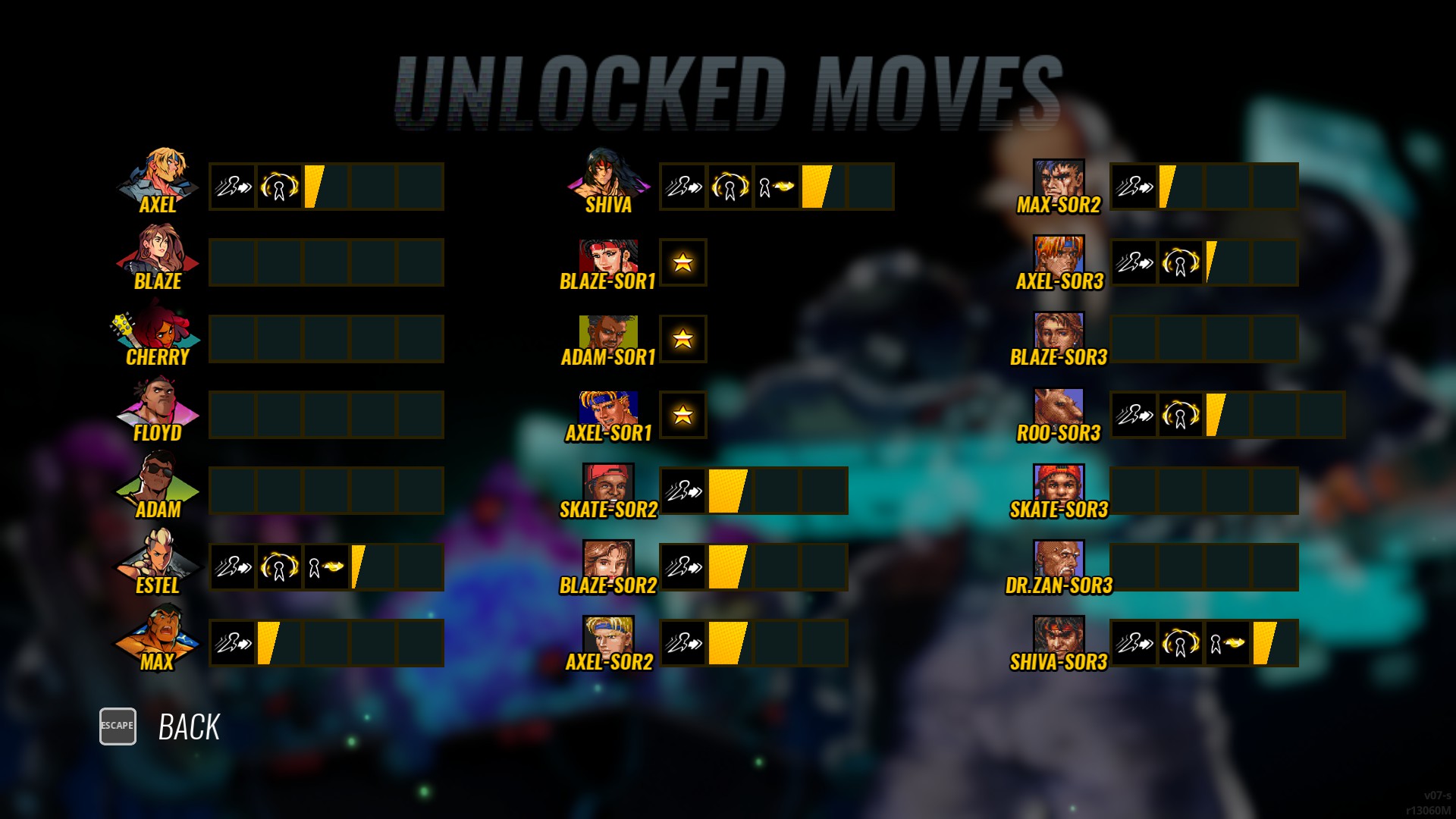 I have a LONG way to go. I almost unlocked all of SoR3 Shiva’s stuff in a single run tho!

There is just one imposing problem standing in the way of accessing all of these unlocks: the titular Mr. X Nightmare survival mode, named after an experiment Dr. Zan performs with Mr. X’s brain to create an X-Men-like danger room for the SoR4 gang. There, Lizardcube and Guard Cruh bless players with colorful new and retro stages to play to their heart’s content…or the depletion of their character’s health meter. Choose between completely randomly generated maps during every attempt, or a collection of maps that change weekly, a static offering for those who enjoy comparing scores. High scores and extended durations result in faster unlocks, naturally, so git gud!

Overall, survival is a neat feature, but the burnout potential is high for those who are not hardcore SoR fans who grind to find big combos and S-tier runs in Mania+ (yes, Guard Crush has added another difficulty). The powerups between every survival round are frequently as beneficial as they are less useful than choosing, yet they add some variety. I additionally must confess that I am disappointed by this DLC’s OST, a startling step back from SoR4’s OST of the Year (“Spotlight Summersault,” “Sulfur Empire,” “Blood for Glory,” and “Encore” are worth a listen, at minimum). All of that said, for eight bucks (plus tax), it is worth revisiting SoR4, even for the non-power players like myself. 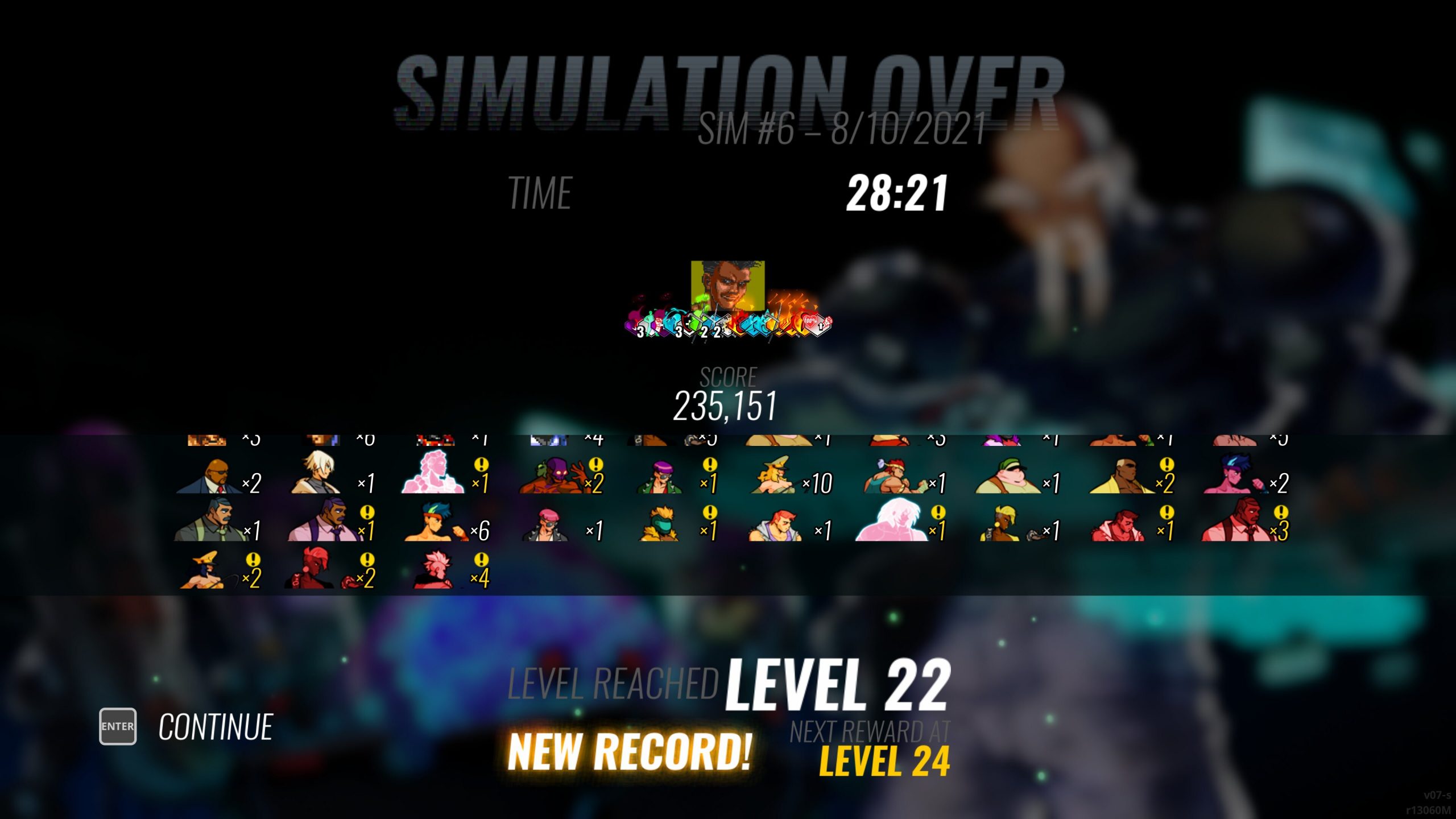 I get an achivement unlock at lv 30. Time to grind!