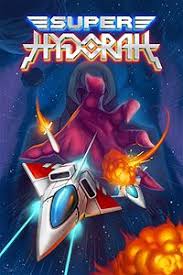 Super Hydorah is a 2D space shooter that hearkens back to the 16-bit days of yore. It has that old school feel of early video games. With plenty of weapons and powerups, and a nonlinear pathway, it’s a game that is both fun and replayable.

You pilot and ship and shoot mostly robotic enemies. Some resemble bugs or other primitive life. Near the end of the game, the enemies become more organic, and blood splatters when you shoot them.

The enemies in this game have a leader that they view as a deity, not unlike a god of war. The last level itself takes place in a hell-like world, with lots of dark reds. 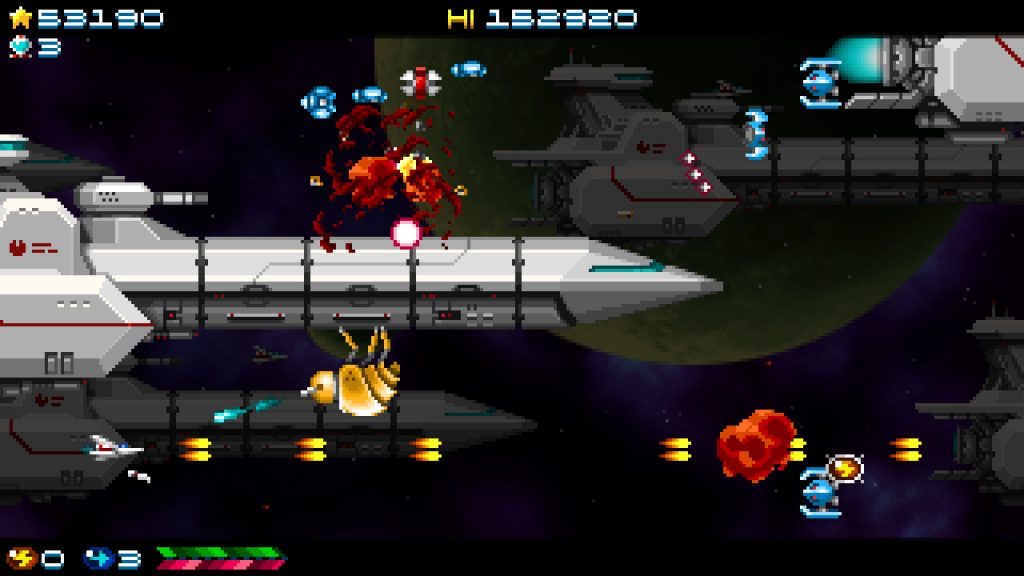 Space Violence is the best type of violence!

Super Hydorah is a game of extremes, by which I mean that its play style and appeal are best fit for two audiences: newcomers to the 2D space shooter genre, or hardcore fans of it. It’s a game that’s easy enough to play, but very hard to master. Because of this, there’s not a lot to offer to the middle.

That’s not saying the game is bad. It’s fun and inventive, and has that old school Atari feel to it. Super Hydorah starts out with the invasion of an enemy called Meroptians. You are the best star pilot in the galaxy, and it’s your job to defeat them and win the day. That’s pretty much all the story you get, and that’s all you need. Story usually isn’t important in 2D space shooters, and the focus of the game is on the gameplay itself, where it should be.

The gameplay is fun, and feels very familiar. If you’ve played as 2D space shooter before, you’ll feel right at home in Super Hydorah. The controls are tight and responsive, and it feels like you have complete control over your fighter. There are around 20 upgrades to your weapons and ship you can unlock, and each of them feels purposeful and like they have a place to be used. I mixed up the spread shot for levels with wider spaces and the laser for tighter levels. Secondary weapons give you more versatility and the bonus weapons are a good way to even a fight. 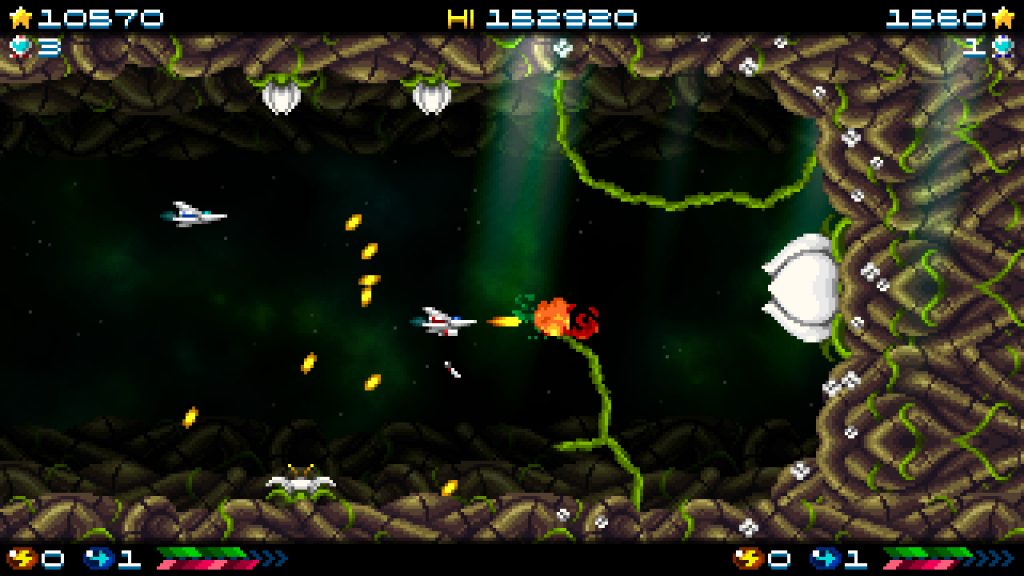 You also have to fight a Bloomin’ Onion.

A space shooter is only as good as its design, and Super Hydorah walks the line between easy and hard to beat. The game’s progression is ideal for a newcomer, but you’ll probably have to take a few tries to get through the last levels. The levels themselves are short enough that it feels rewarding when you finish them, and the designers have a good sense for when they players can use a breather. Bosses and levels are fun and varied, and each level feels like its own world. In other words, the game doesn’t feel samey. One level takes you into the heart of a booming space battle, and another to a place where water threatens to crush you.

On a personal note, I’m not a fan of the 16-bit look, but it’s okay here. The music is perfect for a space shooter; it’s fast and has a heavy beat and gets your blood pumping. The game also has voice acting. It’s heavily accented, which was distracting once or twice, but didn’t take away from the overall experience. There are a few grammar mistakes that slides this game close to “All your base are belong to us” territory.

As said before, Super Hydorah is very user friendly and good for newcomers. The game probably won’t take more than 5 hours to complete if you’re already bad. But the game has a lot of features that seem to be meant for hardcore players. It has a point and ranking system, branching paths for multiple play throughs, and can be unforgiving if you don’t know what you’re doing. 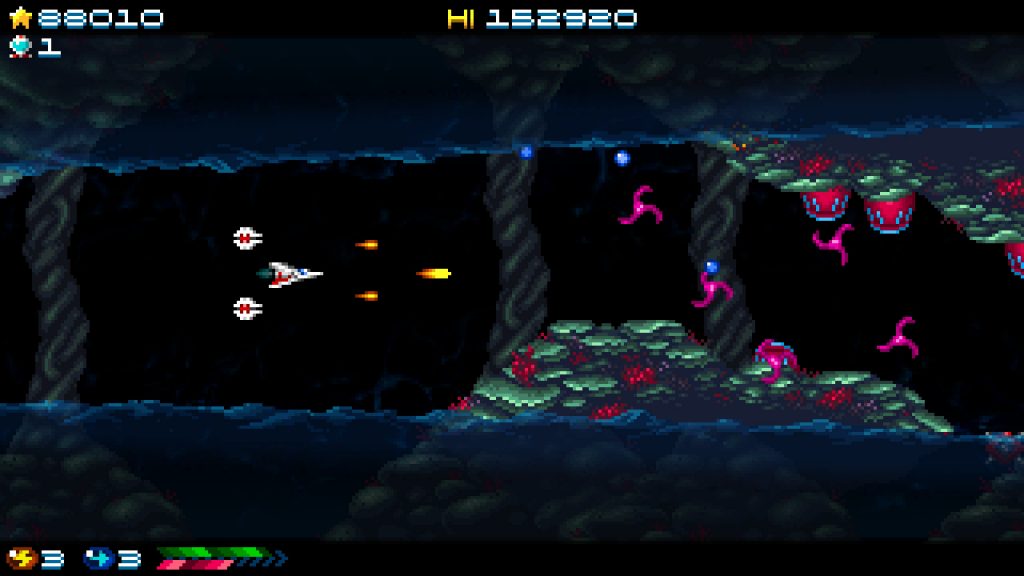 Your ship can survive the harshness of space, but don’t get it wet!

Super Hydorah deserves a spot in your library of you want a good space shooter to start on, or if you’ve been playing space shooters for years. If you’re not into the genre or if you want a shooter with a new, unique twist, I advise you look elsewhere.

Super Hydorah is a game that reaches across the gaming sphere to hardcore gamers and newbies alike. With gameplay that's easy to pickup and has a lot to build on, the game is both friendly and challenging. Super Hydorah has the feel of an old space shooter, with a few twists you can expect from the indie genre.