Last week I received a package in the mail—it was from Techland. Its contents were listed outside of the package, likely for customs to know what was inside as it traveled all the way from Poland to my doorstep. Inside the package was a cardboard tube that contained a small poster, a small UV Flashlight, and a letter.

Of course you do. But all that—that was
just the beginning… Now the city is our
refuge, and it needs your help.

You will, but you’ll have to hunt.  I had to
hide the info.—this place isn’t safe. Track
down the clues and remember, it’s all for
your eyes only. This message cannot fall
into the wrong hands.” 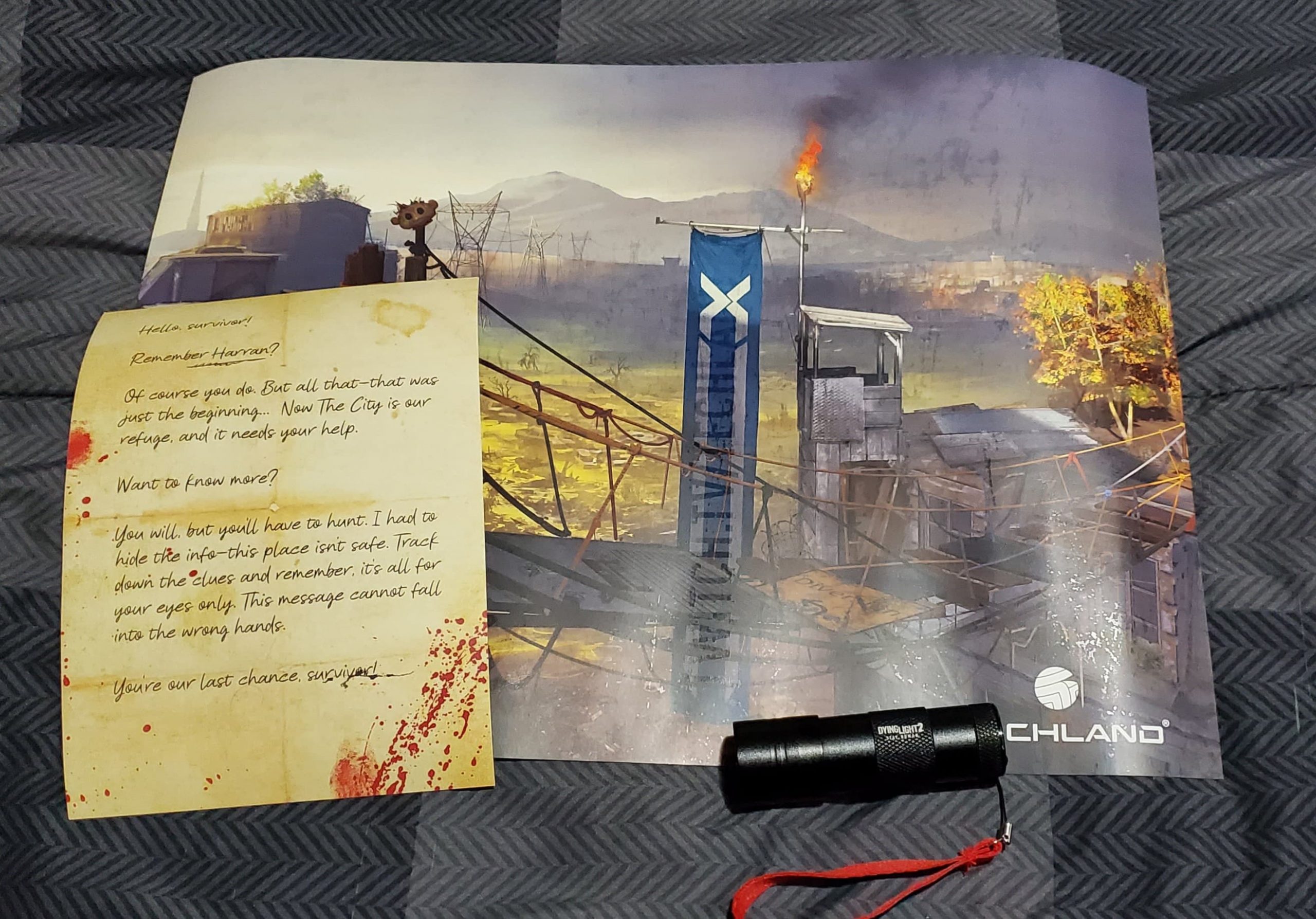 The information that I needed was on the poster, which is a photo of Harran. I used the small UV flashlight included in the package to find the said info that I was looking for. Across the image, I found words that read, “DYING 2 KNOW”, “TWITCH.TV/TECHLAND”, and “MAY 27TH. 9 PM CEST”.

Based on what was written on that poster, it seems as though Techland has a big livestream in store for those awaiting the release of Dying Light 2. After doing some timezone conversion, I discovered that the stream will be happening at 3 pm EDT(Eastern) and 1 pm PDT(Pacific). So, be sure to tune into twitch.tv/techland at that time for what I expect will be a reveal of the release date and some new gameplay.

Fans of the original Dying Light were left waiting for the release of Dying Light 2 back in January of 2020 when it was delayed indefinitely from its original release of spring that same year. Back in March, Techland released an update video to tell everyone that the sequel is not dead and that it would be releasing this year. Are you ready for a trip back to the city of Harran?