The Art of Remaster: The Wonderful 101 Remastered

The Wonderful 101 was originally released on the Nintendo Wii U back in August 2013. It is a character action game where you control a large group of miniature heroic agents who fight against the GEATHJERK Federation. Now, thanks to the efforts of a Kickstarter fundraising, The Wonderful 101 Remastered is available on the Nintendo Switch, PS4, and PC. Our editor, Maurice, covered the original release and gave it a favorable score. So how does the remaster stack up? 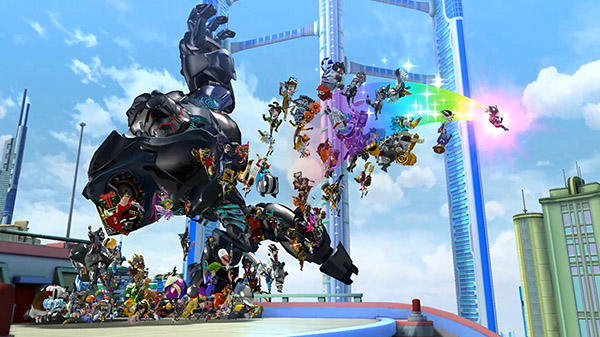 First off, since the game was designed for the Wii U and made use of the second screen, a slight redesign was in order. The second screen which acted as a locator of your Wonderful-One members, member select for your Unite-Morphs, inventory, skill switching, and bottle-cap (achievements) viewer can be toggled to appear on the bottom right of the screen. This was actually a feature in the original, but active usage of items or skill switching can’t be done in this manner. So this is technically a downgrade but in my opinion, although it doesn’t factor into the player experience all that much. You can also change to a splitscreen display by holding down the left stick and adjust the size of the two screens with the shoulder buttons. This actually works better than the picture-in-picture if you want both screens up. 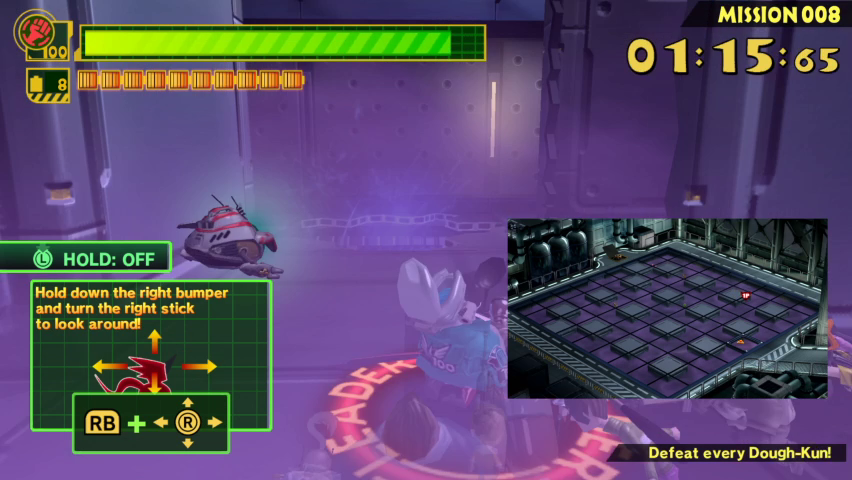 There’s also some small additions for first-timers. A complaint in the original was that there was a lack of control tutorials, with which I do agree. There are now more on-screen tutorials throughout the game; these felt annoying to me, but their placement made sense due to the number of “mini-game” segments. There is also a new skill chip added called “Full Automatic” which automatically attacks for the player at the cost of dropping one score rank. This is definitely helpful at the beginning of the game but it becomes a liability to your score when you encounter more difficult enemies later in the game. 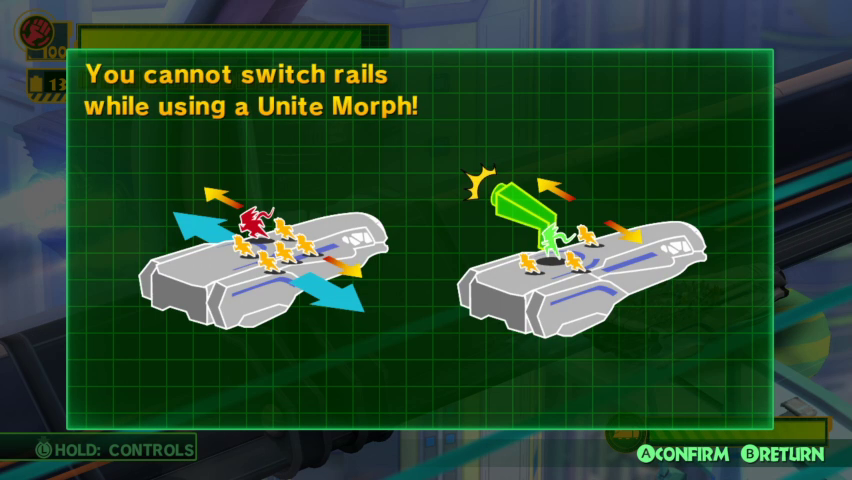 This is another example of the more context-sensitive tutorials.

One last adjustment was noting an obscure move called Multi-Unite. This move allows you to create multiple Unite Morphs to attack in tandem by drawing the shape and pressing the top face button. Many players did not know the move existed in the original, so it was made a purchasable move. The other remaining features are the Time Attack mode and the two Luka side missions which will be available at a later date. 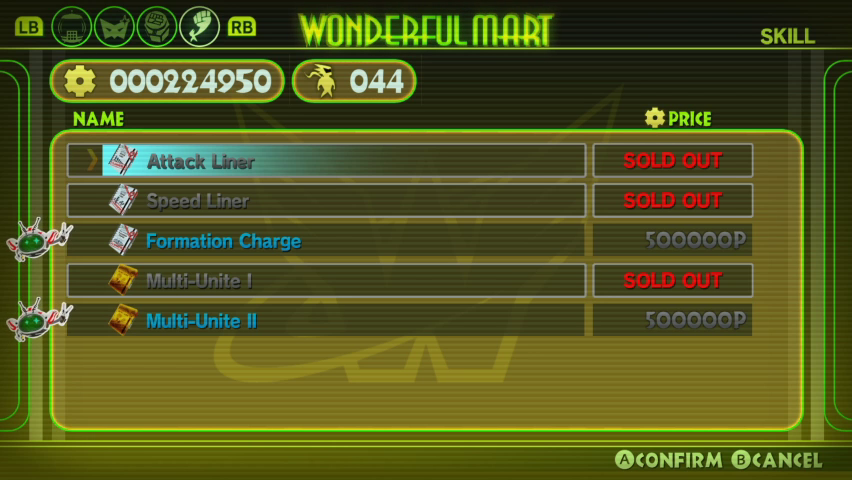 During the Kickstarter campaign, the game was promised to have 60 FPS at full HD 1080p resolution. While the visual upgrade from the original 720p resolution is nice, the frame rate is not consistent. The PS4 and PC versions are unable to reach 60 FPS due to a graphical error, though they still maintain a smooth 57-59 FPS rate. However, the Switch version suffers from awkward fluctuations and can only reach up to about 42 FPS. There are still some visual bugs like the in-game character models leaning to one side or some models getting stuck on geometry. The only graphical effects available are HDR and V-sync, while basic anti-aliasing is forced on. YouTube channel Digital Foundry broke down the graphical performance across all available platforms.

A significant issue that still exists is how loose the player’s drawings can be interpreted. Sometimes the shape can be confused with another Unite Morph since the game doesn’t actually look for the shape but the directional input to make the shape. Drawing the shapes, even in the original game, definitely takes a while to manage in tandem of movement. But when things start to click, you’ll start feeling like a style master. In terms of difficulty, it seems to be the same, though apparently difficulty adjustments were made for more consistency. I remember performing decently but struggling specifically on one mission near the end and ended up doing about the same in the remaster. 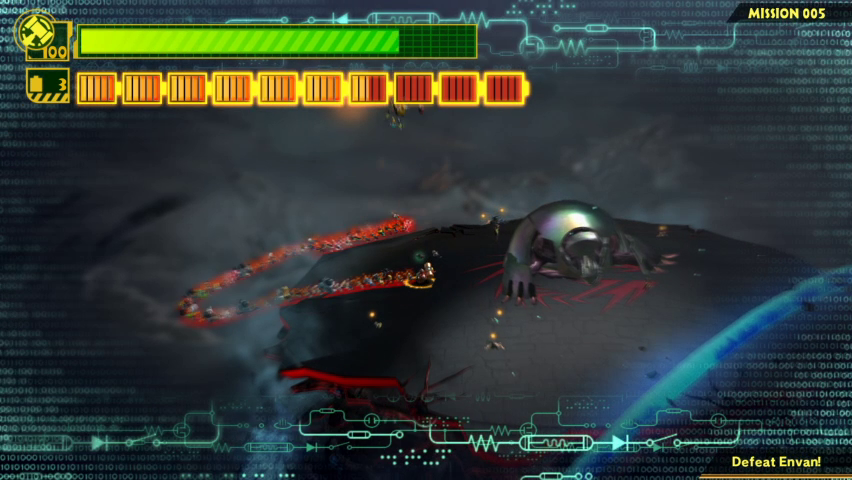 The line thought I was drawing Unite Hand but I wanted Unite Hammer.

The Wonderful 101 is one of my most favorite games ever. The game is such an amazing experience all the way through. It has fantastic combat design, a rousing soundtrack, and a plot escalation that manages to outdo itself on every encounter. This is one of the remaining Wii U titles that needed a re-release on modern platforms. The work done in The Wonderful 101 Remastered isn’t perfect, but it doesn’t detract from the original experience. You’re still in for one of PlatinumGames’s best curated experiences. 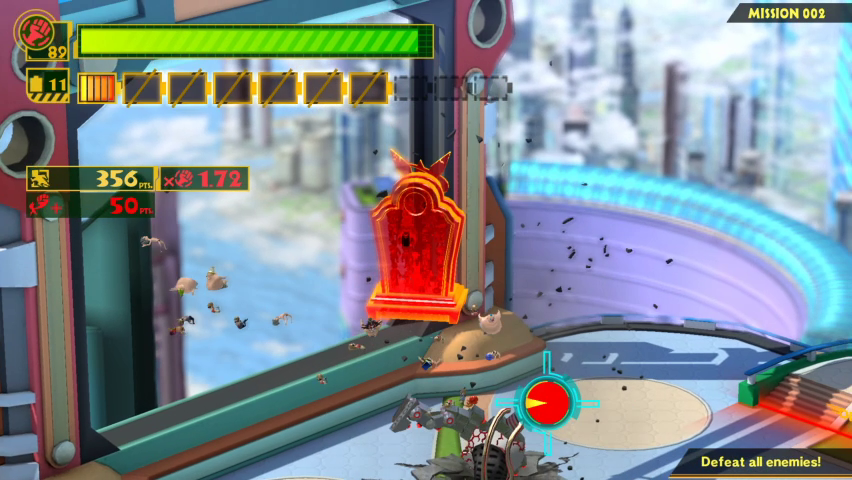 I will rep this game til the day I die.

Sam Kim is a Southern California dude trying to find the path God has chosen for him. While not much of a talker, he likes open discussion about video games and how to pursue your passions while living Christ-like. Currently passionate about: Video editing, podcasting, video game dialogue and writing.