The Game That Will Destroy Your Soul

I used to love things.  Long walks through the park.  Puppies.  My family.  Grass between my toes.  That noise vacuums make when they suck up a lot of pebbles.  You know, the works.  On top of that, some people would claim I was a good person.  Respectable, modest, happy helping with the small things.  But everything changed when I played Champions of Norrath (and its demon-brother Champions: Return to Arms).

WARNING: THIS IS NOT A REVIEW OF ANY RESPECTABLE NATURE. THERE WILL SORT OF BE SPOILERS, BUT NOT REALLY. REPEAT: IF YOU HAVE BETTER THINGS TO DO WITH YOUR TIME, GO NOW.

Champions of Norrath: a game forged in the blackest cauldron of human avarice and imagination. I had no idea what I was doing when I picked up CoN that bleak March day, many years ago.  No idea how my perspective of the human heart would be transformed.  And not only mine, but three of my friends as well. None for the better

Now we return to that darkness for reasons unknown.  Boredom?  Maybe.  The folly of man?  Perhaps, but I cannot shake the feeling that some black magic has been woven into the programming of the game itself–an indoctrination meant to drag the weak back into its cold, ruthless arms.

So, years later, we began again.

“Guys,” Fearless Leader says. “You know what we should do?  We should play Champions.”

I shake my head and roll my eyes, the only logical response.  After all, I seem to be the only one who remembers the darkness.  Besides, I didn’t feel like starting another file on that particular game.  Eighteen was seventeen more than I needed.  “I’m game,” I say, spitting in the face of good judgment and logic.  What can I say?  I’m a fallen man.

Mr. Freeze turns his head around, as if navigating for something, “I think I have my old PS2 and multi-tap sitting around here.”

Then pass several uncomfortable minutes as we suffer to put the gaming setup together, with unfortunate success.  So began the game that would forever remind us why suffering exists in our world.

Here, there be horror.

“Dibs on the Dark Elf,” Paco says (remember, his name isn’t Paco; that’s not important at any point during this article), despite playing that character literally every time we touch the game.

I churn my jaw, deciding if I want the wizard or the archer.  On the former hand, I have to forfeit every weapon and scrap of armor I come across because wizards are compatible with a grand total of nothing; and, on the other, I don’t get any weapons or armor in the first place, since all of my greedy friends will inhale the loot before I ever reach it.  I go with the archer because I’m feeling particularly feminine for this playthrough.

Then Fearless Leader suggests an absurd and different idea: why don’t we all play as girls? (Read: we’re all dudes and a Paco). We–outraged–condemn the idea, drink a couple Mountain Dews, and say “FINE, YOU WIN CAFFINE. WE’LL ALL PLAY AS WOMEN.” 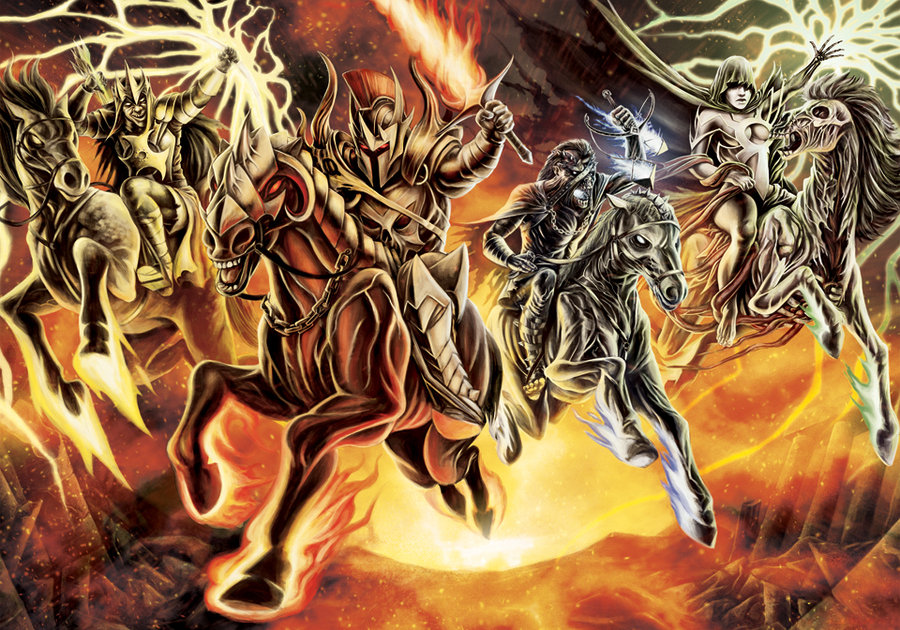 And thus the Four Horsemen of the Apocalypse are born.  Mr. Freeze plays the burly barbarian-lady: War, I play as Famine (for reasons), Paco plays as Death, and Fearless Leader plays as Conquest, because the rest of us rejected his original idea of playing as Elika the Pelican of God.

So we plunge headlong into a game that foolishly believes itself to have a storyline (but doesn’t).  Regardless, we skip through all of the forest elf king’s something-or-other rant about goblins and we head to the slay the foul beasts.  It takes a whole of four seconds for us to enter the menu, the crux and burden of the entire game.  Heck, that pretty much is the game (If you cut out the menu, the game would probably be two hours, tops).  Anyways, we check, double-check, and triple-check every stat of our characters, all of their inventory, and which skill tree we’ll go down first once we start leveling. 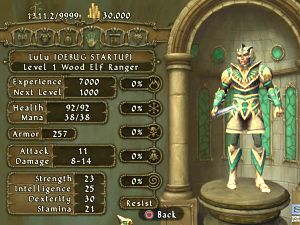 Twenty-five minutes later, with a few thousand brain cells dead, we finally embark from the default starting location and start crossing a rope bridge to our destination.  We don’t get there without stopping to open the menu one more time so Fearless Leader can take all the armor off his character for no particular reason–something he is both notorious for and that would act as a recurring theme throughout the rest of our session.  We find our opponents and promptly wreck them in a fashion similar to a train hitting a cabbage.

Over time, we make begrudging progress through the abysmal density of Champions.  As anticipated, I have to rely on the good will of my companions to give me loot, since they always have first pickings.  This is to say, I get nothing.  If there’s one thing you should ever learn or know about the Champions games, it’s how to simultaneously press the “X” and “Square” (I got lazy and didn’t want to find an actual square) buttons simultaneously so that you can kill things and take their drops before anybody else claims them.  Yeah, that’s right, this game inspires greed, and lots of it.  Greed, greed, greed, and envy.  Selfish, brutal envy.  And Paco. 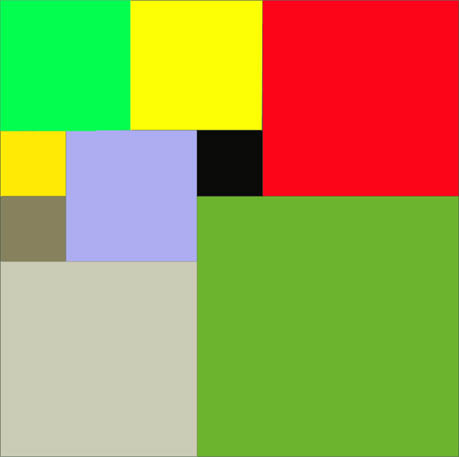 Fine. Here’s a square, since I know you were waiting. It’s a square made of squares. You’re welcome.

Remember, as innocent as it may seem, we currently reside in the jaws of darkness–a place where friendship is closer to civil war, and robbery is as common as pubescent zit face.  For a moment in our temporal world, we are not friends.  Which is why, when Fearless Leader charges headlong against a boss hollering “FOLLOW YOUR FEARLESS LEADER” only to die in under a second, we mock and insult him without mercy.  All of this is made a hundred times better by the fact that the same boss proceeds a moment later to spin in circles and let us kill it without fighting back.  That glitch was all we needed to steal the glory and loot for ourselves.  Fearless Leader might have gotten the leftover, useless stuff that nobody wanted.  Can’t remember. I was probably too busy thinking of new ways to dismember somebody with spaghetti and Kleenex.

You need to understand, this is the entire game.  When your friends die, you tease them with the prospect of resurrection at the nearest save point, but usually wait at least five minutes just so they can bask in their failure and your unceasing cruelty. Or just let them sit in the menu for the twelfth time in the last nine minutes.  You don’t only insult one another, but you insult the game itself, too.  Hard not to, when some of the primary enemies are giant Cyclopes (plural for Cyclops; I know, I’m all like #wut) which wear nothing but a loin cloths while farting and belching to end your life.  Then there’s the hilariously scandalous mermaid lady whose name I forget, and some lava that either does zero damage, or kills you instantly without reason.  And Dracula’s knockoff twin brother. As you play through Champions, you feel your morality start slipping through the cracks more and more, and you start wondering how Paco (read: his name still isn’t Paco) combs his hair to hide the horns.

It’s not just us, I promise.  I’ve seen it happen to others, too.  I’m telling you man, it’s the game.  It’s got this dark magic thing going on.  And you wanna know the funny part?  Not only does it resurrect the dark side of your human nature, but there’s nothing noteworthy about the game as a game.  The soundtrack is below sub-par, the graphics are almost okay, the story makes me want to bludgeon a cactus with a mallet, and the gameplay could be good except it isn’t.  Really, there is absolutely no reason you should play this game in all of time, ever.  So do yourself a favor and don’t.

Except it’s somehow still one of the most fun things ever and you’ll gain tons of fond memories and inside jokes so…whatever. Just try not to kill each other.

SONG OF THE DAY: “In the Water” by Anadel
(From the credits of The Walking Dead, Season 2, Episode 1)

VERSE OF THE DAY: Proverbs 16:28
“A perverse man sows strife, and a whisperer separates the best of friends.”
(Seemed sort of appropriate and mildly humorous)