The Wondrous World of Interactive Storytelling

Stories play an integral role in our lives. We come into contact with fairy tales and other fanciful stories during our early years. The most popular stage plays, TV shows, and movies all tell stories from a wide variety of genres. Jesus himself used storytelling as a major part of his ministry on earth, telling dozens of parables to illustrate his various points. It should come as no surprise, then, that video game creators incorporate storytelling into their craft, as well.

But gaming has an advantage in the area of storytelling that other art forms lack: interactivity. In games, the audience plays an active role in the experience, to the point where the story cannot reach its conclusion without their input. Other art forms have dabbled in this form of narrative design, of course; some books require readers to make a choice and then turn to a specific page to see the outcome, while interactive theater productions bring the audience into the play in various ways. But with games, interactivity is woven into the very fabric of the artwork, putting you in the driver’s seat of the adventure. On top of that, it leverages the capabilities of modern computer technology to take interactivity to new heights. Let’s take a look, then, at some of the many ways that games make players an integral part of game worlds. 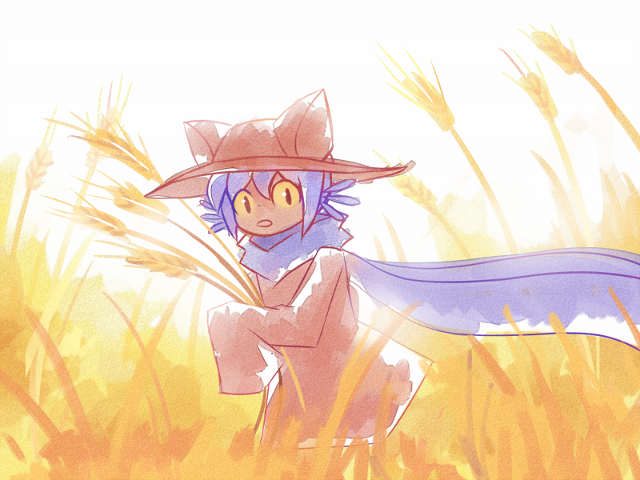 Welcome to the Next Level (of Storytelling)

Interactive storytelling happens in practically every game out there, including very linear ones. For example, while playing Uncharted you are Nathan Drake; your actions are his, and even though you have no ultimate control over the plot of the story or the fates of the characters, you still participate in the experience. This basic interactive element alone sets gaming apart from the passive experience of watching a movie or a TV show. Even a heavily scripted, on-rails gaming experience like a light-gun shooter places you into the game world in a way that other media cannot do. And plenty of narratively-linear games showcase tons of depth in their stories; Japanese role-playing games like Skies of Arcadia and Final Fantasy have made their mark on the industry through placing you into captivating stories and imaginative worlds, sucking players in despite giving them little-to-no control over how the tale plays out. 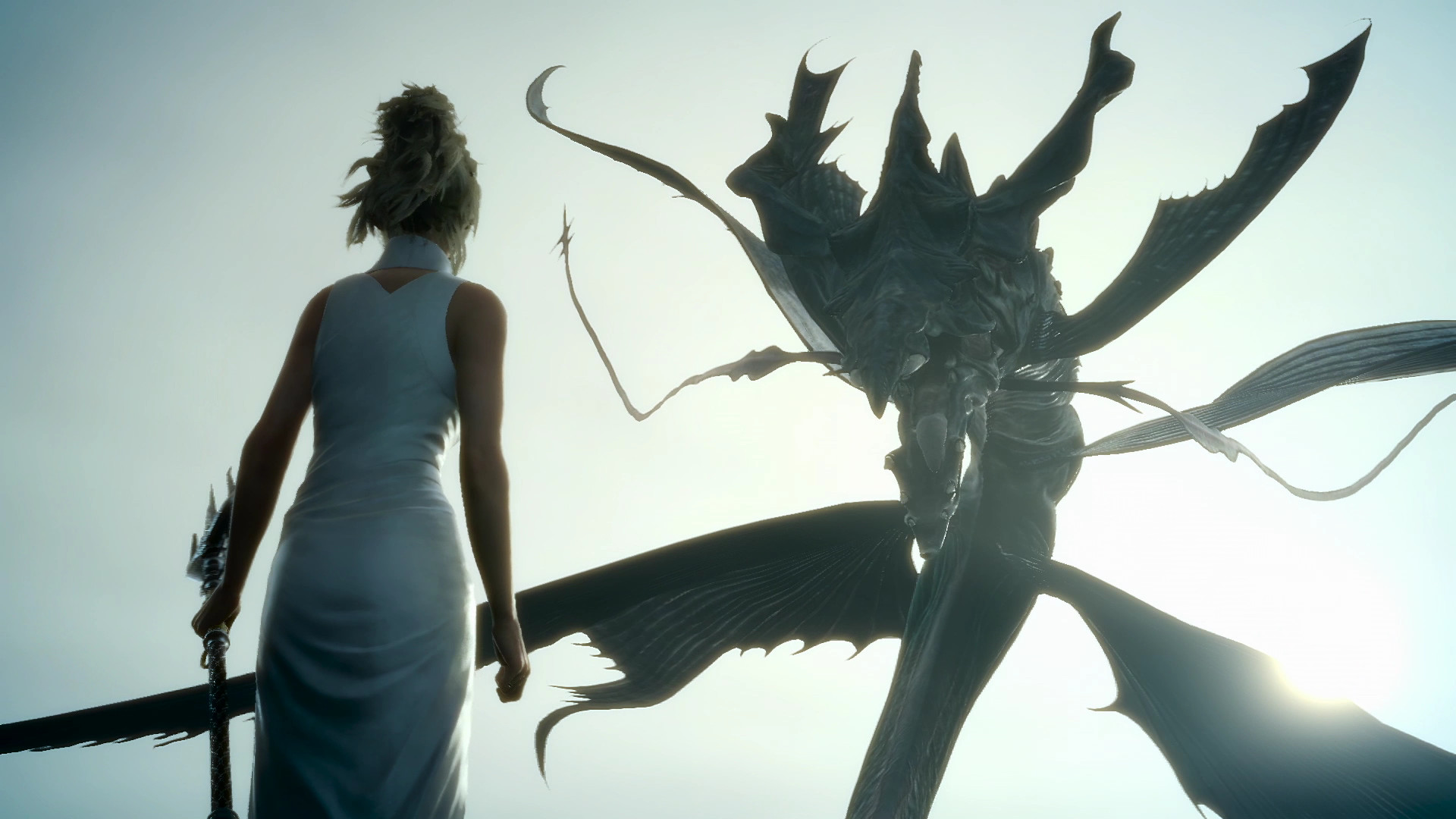 Choose Your Own Adventure

Many games go beyond this simple concept, however, exploring creative ways to immerse players into narrative. Some make a point of incorporating player choice into their design, allowing you greater agency in how the story plays out. Characters live or die and civilizations rise or fall based on your actions. Role playing games (RPGs) have utilized choice for decades; the tabletop RPG Dungeons & Dragons is the modern granddaddy of the genre, popularizing this style of play in the late 1970s and early 1980s, and serving as a foundation for the many RPGS (both on the table and on the screen) that have since made their way to the market. One of the biggest names in video game RPGs in the last two decades, developer Bioware, first grabbed people’s attention with the D&D-themed Baldur’s Gate before following up with numerous other role-playing creations like Mass Effect and Dragon Age. Other developers like CD Project RED and Bethesda Game Studios have carved their own niches in the genre as well, all while placing a heavy emphasis on player choice. 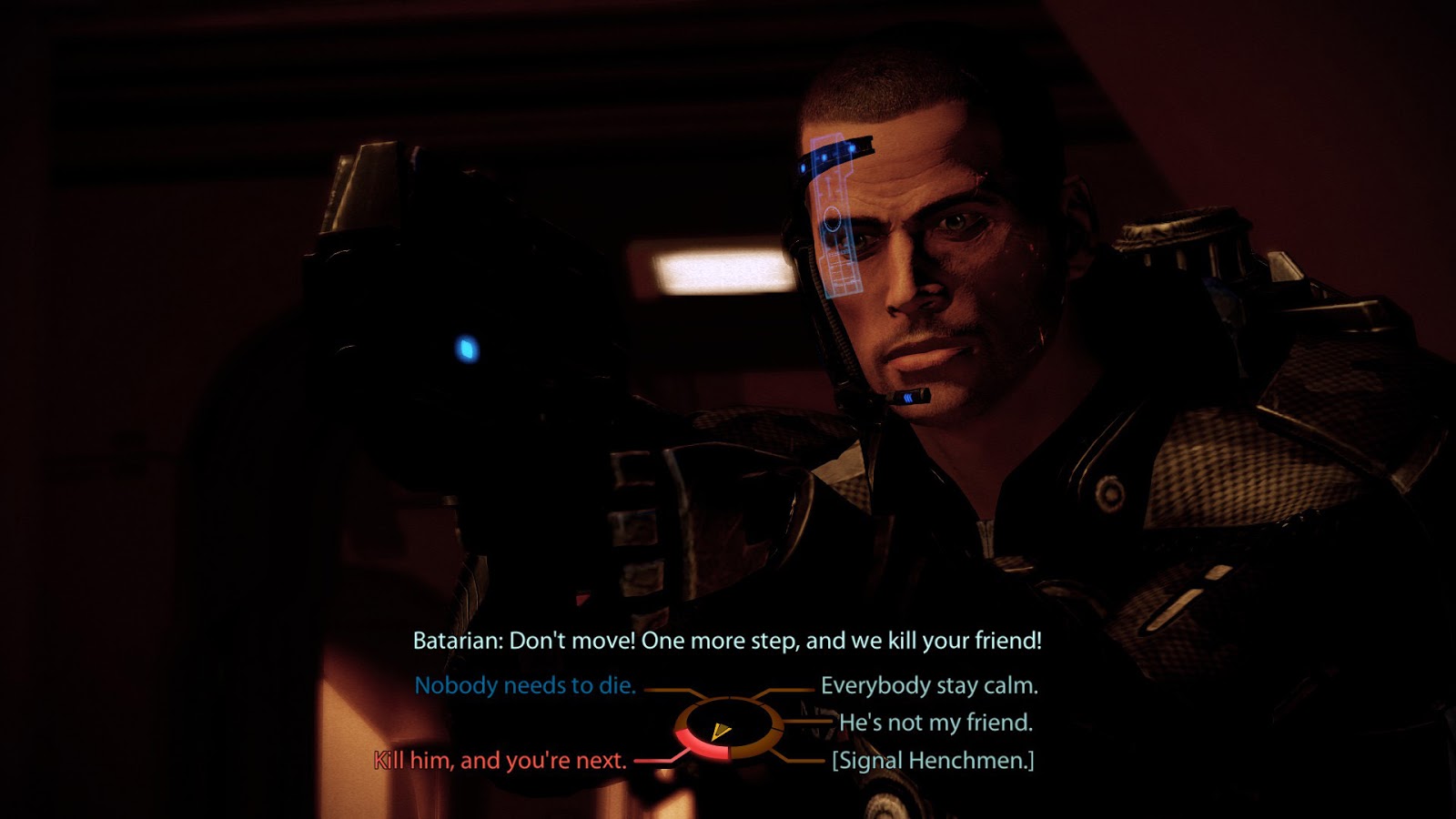 A World of Pure Imagination

Scripted stories aren’t the only way that game developers allow for interactivity to meet narrative. “Emergent narrative” is described as the story that forms when players engage with the game mechanics themselves. These stories aren’t always planned by developers, but sometimes take place entirely within the mind of the player based upon their interactions with the game’s environments, projecting their own feelings onto the events taking place. A lucky grenade bounce; a pair of enemies bumping into each other during combat; a physics bug that sends your character soaring hundreds of feet into the air; any of these moments can create emergent narratives that players remember long after they’ve put down the controller. These narratives are often shared as water cooler moments with friends, recounting their exploits at school or work, or even posting them publicly online for all to see and enjoy. 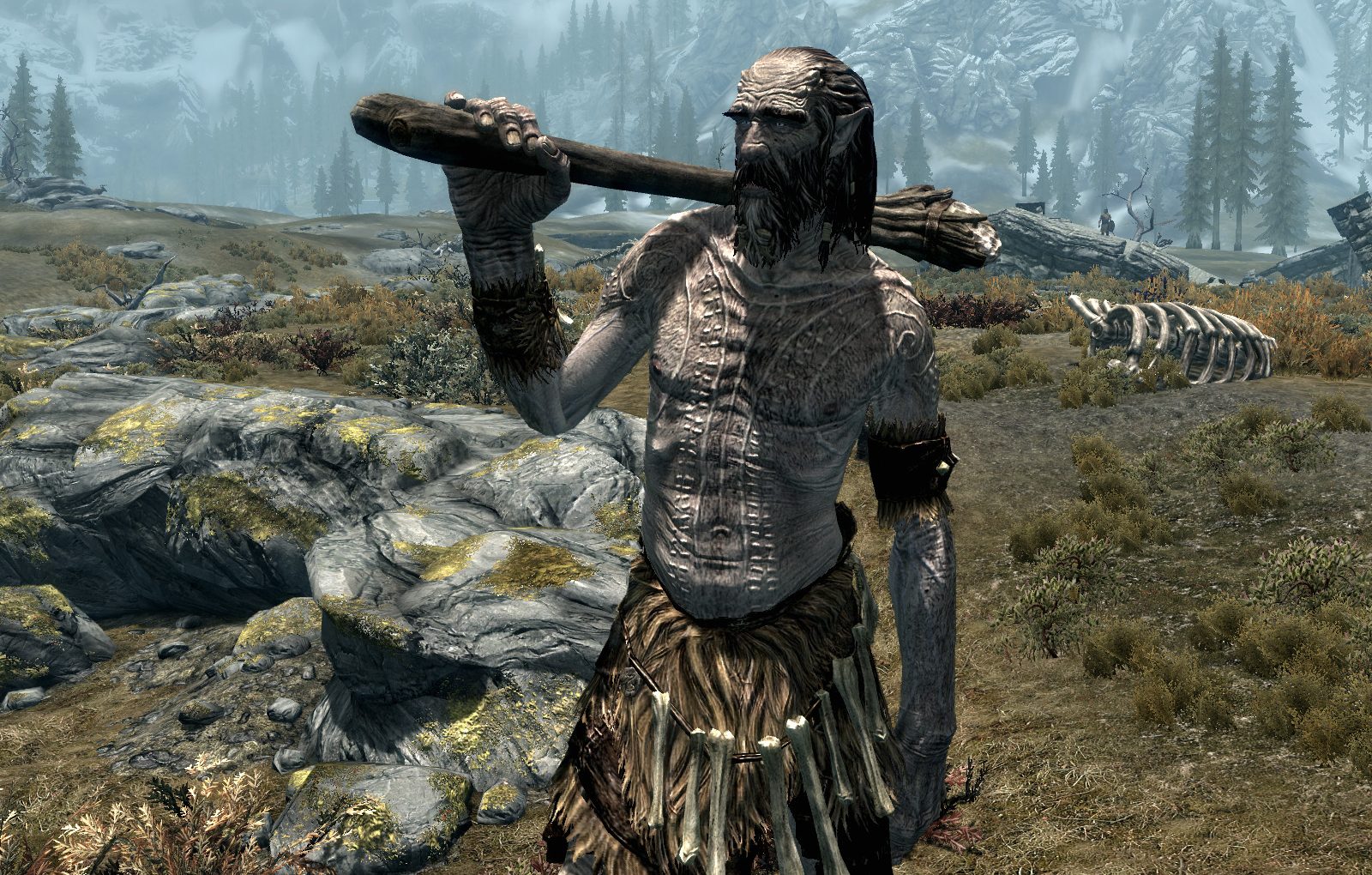 If you played Skyrim in its early days, you likely got sent into orbit a few times by these guys

Collaborative storytelling, meanwhile, centers around player-player interaction. Competitive deathmatch, cooperative dungeon raids, and other forms of multiplayer all fit into this category. Like with emergent narrative, this form of story occurs as players engage with game mechanics, but the added element of other human players adds a whole new dynamic, as players bond with one another over their shared experiences not just after the fact, but in the moment. YouTube channels like Let’s Play and Game Grumps make money this way, delivering entertaining interactions between people as they play games together. 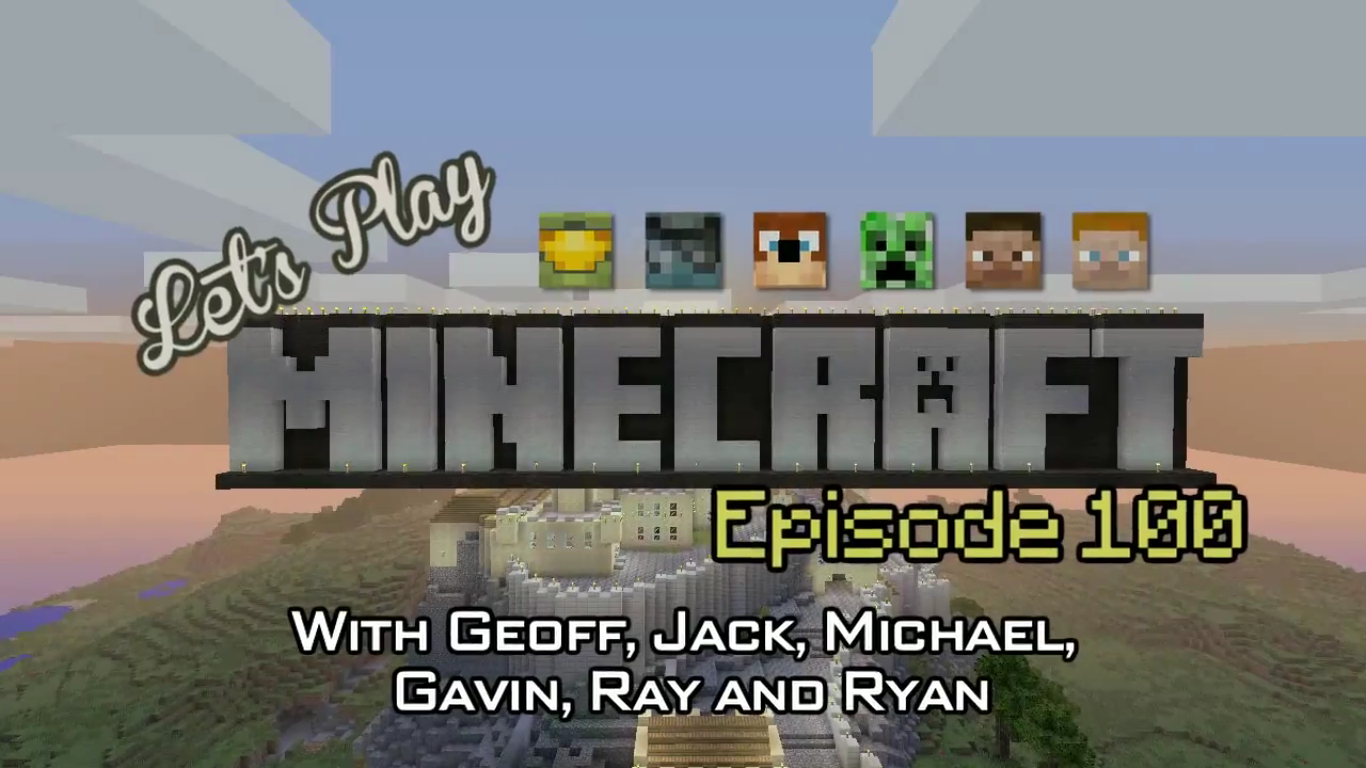 Multiplayer-centric storytelling extends to esports as well. For esports journalists and shoutcasters (the esports version of play-by-play and color commentators), crafting narratives about the teams and players competing in tournaments is an essential part of their job, and a key factor in grabbing viewers. Just like with traditional sports, tales of superstars, underdogs, and rivalries attract people that might otherwise overlook a game like League of Legends. In an interview for the book Videogames: Design/Play/Disrupt, game journalist Philippa Warr goes so far as to state that “storytelling is the backbone of esports. It’s the tool you use to hook players in week after week and it’s the way you translate particular mouse clicks and keyboard taps into iconic rises to power (or tumbles from grace).” 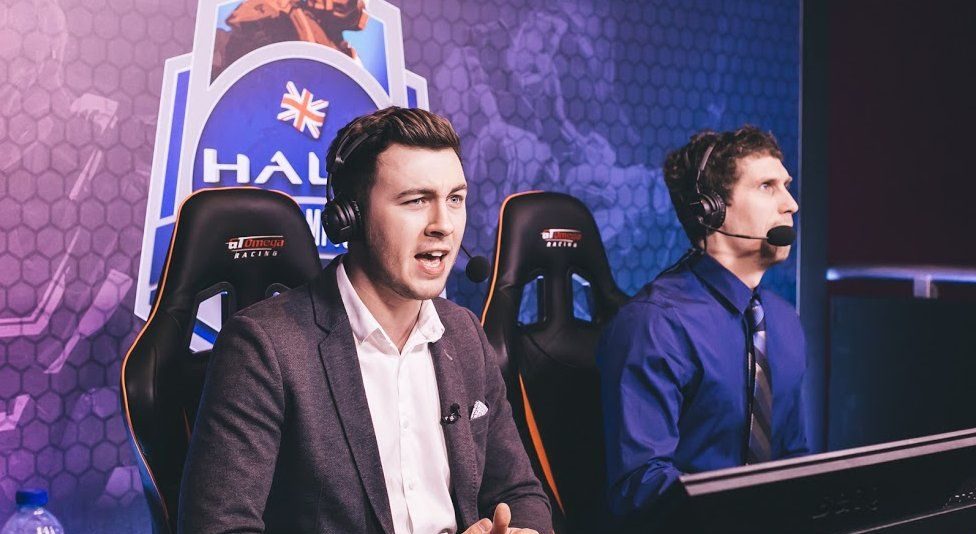 Shoutcasters for a Halo esports tournament

One particularly interesting method of interactive storytelling that game developers have used over the years is breaking the fourth wall. Designers find wonderfully clever ways to catch players off-guard through self-aware storytelling and forcing them to think outside the box—or perhaps more accurately, outside the confines of the game’s software. Eternal Darkness: Sanity’s Requiem, a survival horror game for the Nintendo GameCube, implements “sanity effects” throughout the game to simulate the effect of the player character going insane; these effects included a fake Blue Screen of Death, as well as pretending to delete all of your save data. Undertale and OneShot both feature secrets that can only be found by sifting through the game’s files on your computer, with the latter requiring such sleuthing in order to complete some of its puzzles. And Metal Gear Solid famously pits you against a boss that reads your memory card and predicts your every move…until you remove your controller from its current slot in the PlayStation console and switch it to the other one.

All these different methods of interactivity—from the simplest linear stories to the most complex fourth-wall breaks—make gaming unique among today’s forms of art and entertainment. They engage the mind in ways that other media rarely come close to achieving, because no other artform puts the audience at both the center of attention and at the helm of the experience itself. And while I appreciate the enjoyment I get from watching movies and shows, nothing piques my curiosity or captures my imagination like a game. As the industry grows and we move forward into a new console generation, I am excited to see how developers continue to innovate in the realm of interactivity.