5 Things I Hated About Call of Duty: Ghosts

Please Note: This article does not represent Geeks Under Grace as a whole, just my personal opinion of Call of Duty: Ghosts.

I was really excited about Call of Duty: Ghosts. I looked forward to this game, and the graphics and gameplay looked great. Unfortunately, I wasn’t able to test the game until I actually bought it. Suffice to say, it was a pretty bad investment; it was a great disappointment, and I’m here to tell you why. I played mostly in multiplayer, and if you’ve played enough multiplayer games, you probably know the painful experience of playing this Call of Duty game.

If you’ve tried out multiplayer, you probably take issue with the maps. The creators have switched from the standard medium and small size maps to larger ones. In Call of Duty games past, the community has complained about the small maps, and has asked about larger ones. Sadly, the transition hasn’t been smooth, and many players are now calling for a return to the original sizing. I’m not the greatest fan of the large maps either. They’re difficult to navigate, and it’s hard to find other players and enemies. The maps are riddled with excessive pathways, and lots of campers. (Not trying to hate on campers but they are annoying at times.) Even some of the DLC maps were too big. 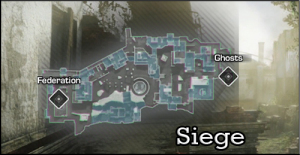 The Time to Kill (TTK) for this game is terrible in multiplayer. Too many times I was killed before I could even ADS (aim down sight) my weapon. If shot from behind, I didn’t have enough time to turn around and shoot back; by the time I could turn around, I was dead. I’m a fan of the Black Ops 2 game’s TTK, because if you are focused on a shooter directly in front of you, you still have the reactionary time to finish off another possible enemy. In CoD: Ghosts this is not the case. Whoever fires first wins the gunfight. Even when you haven’t seen anyone for a while, someone may start shooting at you; and it’s impossible to tell where from, since the maps blend in with the characters. 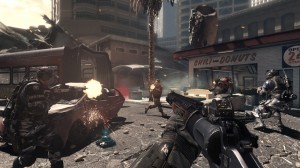 The spawning in this game is terrible! Too often you’d die, and spawn in the middle of a firefight, or surrounded by characters you didn’t expect. Occasionally, I’d take a couple of steps from where I just spawned, only to get killed by another player. Even the new DLC maps had horrible spawning, and the patch updates didn’t really fix the spawning problem either, even though they claimed to. Infinity Ward Games (The CoD creators) is known for “revenge spawns”—if you die, you spawn close to where you’d just been killed. It might be around a corner or in a close room, all in an attempt to help you get revenge on your shooter. Unfortunately, a lot of players know where these revenge spawns are located, and instead you are just repeatedly killed. It’s pretty frustrating.

Many people, myself included, love to use a sniper in Call of Duty. With a sniper you can “quickscope,” or zoom in to view the sniper scope and release once you’ve fired. I’m a huge quickscoper, but I didn’t really start until Modern Warfare 2. Sniping in CoD: Ghosts was good, until Infinity Ward Games launched the patch—messing with the ADS time of snipers with the “Quick Draw” perk. Now, I don’t really snipe much anymore because of it. Unfortunately, a lot of people playing Call of Duty hate snipers, arguing how they’re “overpowering,” but that’s another article for another day. 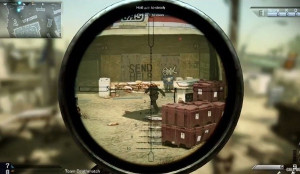 Prestiging in Call of Duty multiplayer is a system that allows you to max level a character, and reset back to level one while gaining a prestige emblem. In the past Call of Duty games, prestige emblems would grant you a perk, like a weapon that needn’t be earned or unlocked in the traditional way. Ghosts’ prestige system is horrible. Instead of feeling like a reward, the prestige system basically forces you back to level one. Ghosts combines squad points with prestige to make purchasing upgrades (guns and attachments) easier, but ultimately the combination devalues your prestige perks, forcing you to grind again. Suffice to say, it didn’t really feel that rewarding when I prestiged—it felt like a waste of time.

Squad points are points you earn by doing specific challenges in multiplayer, helping you to level up. I almost felt as though this Call of Duty game was for beginners; instead of leveling up to earn weapons, Ghosts allows you to unlock your weapon of choice at the very beginning the game. Too easily you can get the preferred attachments on weapons, instead of leveling up to them, like in the past Call of Duty games. 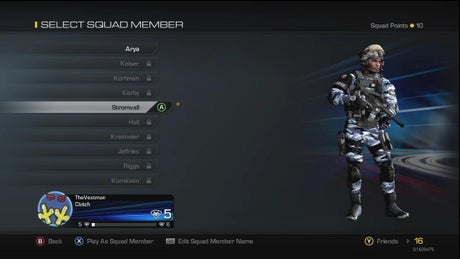 How’d you feel about Call of Duty: Ghosts? What didn’t you like about it? Let me know in the comments down below.