Christian themed video games can sometimes fall into two categories: what is cool right now (Dance Praise, Guitar Praise, Catachumen) or what will kids play (Veggie Tales, Bible Man...etc). These games are worth checking out and some of them are loads of fun, but I think we as Christians should be flexing our spiritual bravado more. If you are a Christian game developer and you think you can only fit your game into the top two categories, I can understand how discouraging it would be.

This generation now presents options. We are entering an age where games are a thought provoking, artistic centerpiece that bring meaning to the soul. No longer are games just reckless competitive bloodbaths and beat’em ups, but developers are pushing for their games to have meaning. What once was a rarity in the 90’s and early 2000’s—like Myst and System Shock— is now commonplace. Just look at games like, Gone Home, The Stanley Parable, This War of Mine, The Wolf Among Us, Journey and Don’t Starve. These games represent art, user interactivity and have deep significance. So let’s throw our hat into the ring.

Pixel graphics are making a comeback. They serve little purpose besides making games ten times eaiser to develop and bring the gamer back to the mid-nineties. I propose pixel graphics actually serves a purpose in the story.

In my game idea, Beyond Glory, you play a heroic knight whose love interest gets captured by a dark wizard and carted away in a dungeon. Now you must fight hordes of pixel enemies and face doom and gloom to get her back. The conditions are harsh, cold and dangerous, while the enemies get tougher and tougher. You collect power ups like a grapple hook and double jump to help you pass obstacles and defeat the boss at the end of each level. All this is done in retro 90’s graphics. Think Castlevania on Super Nintendo. 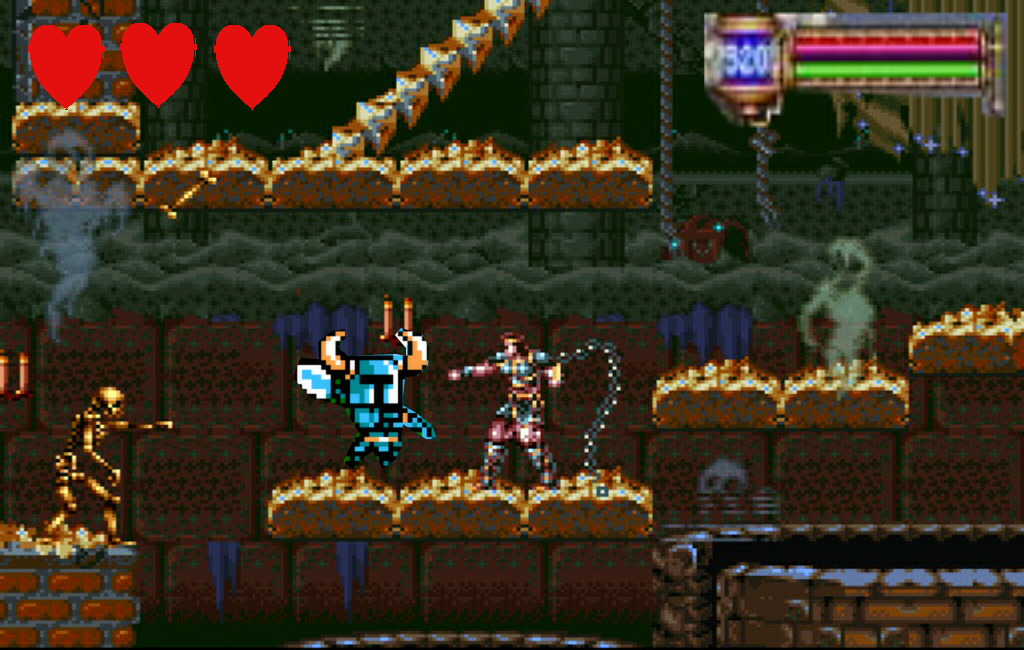 So what? I just described a million games. The twist is when you die in your world you get transported to the afterlife and the game switches from a 16-bit platformer to a luscious first person experience. The world opens up and looks like a cross between the mountains of Farcry 4, the landscapes of Ico and the city of Bioshock Infinite. You are graced with calming symphony music that accompanies your adventure. The Infinite World is beautiful and has endless things to do. You can talk to people, ride dragons, go exploring, play in events, fly, collect artifacts and other things you would do in paradise. You could spend hours talking to dead relatives, climbing up a 300 foot waterfall or reading books in the infinite library. Among characters you will have friends and family who will always want to chat with you.  They will reveal secrets about the game or plead with you to stay in paradise.  You have access to your father and mother who died from a sickness early in your life, Cedric, a friend who always admired your courage and Maria, your former lover who died when she was 18. If you choose to explore the world there are numerous adventures you can take.  You can win prizes in the flying and racing mini games, you can earn your wings and fly to the floating city or you can customize your house with decorations you find over the world. There would be 300 artifacts dispersed over the 100 square miles of city, nature and underground tunnels. Each artifact would share a clue about the Creator of this world and His creation. Death in Beyond Glory opens up a better world of endless possibilities.

The alternate world has two quests you can go on. You can play in the Afterlife Olympics, which includes, fencing, dragon riding, snowboarding and rocket sledding. By winning these tournaments you unlock medals. These medals can be put into the trophy room of your house and shown to other players. The other quest is to talk to sprites. They are the angelic creatures of the new world. They serve different purposes like declaring war, making peace, sending messages and aiding players in the 16-bit world. You can tag along with these sprites and enter into other players’ games to help them by slaying some baddies or dropping health for other players. Think of it as an evolution of the player interaction in Dark Souls.

You can choose between exploring the Infinite World and enjoying the afterlife or return to the 16-bit world to save the heroic knight’s love. The finite world, Manhome, is always beckoning you to return. Unlike the alternate world, Manhome is flat and the only music that accompanies you is 8-bit midis plucked from the retro era. Every time you die in the game, you are faced with the choice to live in comfort or continue your noble quest. Additionally, the 16-bit world hosts the most difficult quest in the game. You start in simple meadows, slaying slimes and skeletons. Your first boss, a large Minotaur, is slow and cumbersome and you can beat him with a short sword. As levels progress you will need to swim through water dungeons, rescuing mermaids, climb a live volcano retrieving the gem inside it and navigate through a dark forest maze haunted by evil spirits. You get powerups, again, similar to to Castlevania, where you can transform into a bat, use telekinesis to lift doors or get bombs to blow open barriers. You will find towns in Manhome where villagers ask you to help them with quests. If you help them, they appear in the Infinite World to thank you. New swords and armor can be purchased for the quests, but you lose them if you die. You will face endless enemies, scour through dungeons and have to solve puzzles. Your hero will get sick, cold, and lonely on his quest. Every time you lose your life in the 16-bit world and come back, you hero comes back with less health and strength to continue the quest.

However, remember that the perk of continuing the quest is uniting with the love of your life. She sends you messages of hope and love throughout the game, encouraging you to keep fighting. After you save her from the clutches of the dark wizard, it appears that he has one dark trick up his sleeve. Her dungeon cell is rigged with poisonous gas and the doors lock. All seems hopeless until a sprite visits and tells you not to fear because you will live in eternity with your love. She then becomes a new character to interact with in the Afterlife. 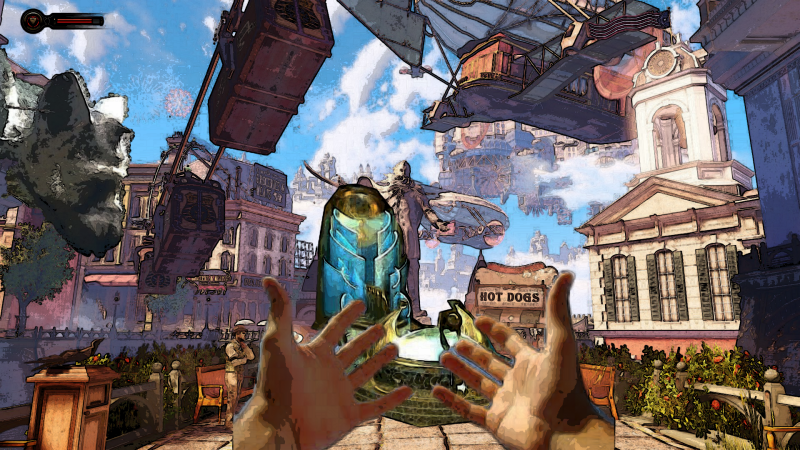 So why get engrossed in the world of Beyond Glory? It is the only game idea I know of that mixes platforming, RPG elements, and 3D exploring. I have not seen a game that uses such a dynamic spectrum of different graphic styles.

The game’s spiritual purpose is to 1) introduce the idea that there is a world beyond ours that is of the spirit and 2) give players the choice to fulfill their duty as a hero or rest easy in paradise. It is a great conversation starter and a creative use for retro pixel graphics.

What do you think?

I am a minister for Campus Ambassadors, a gymnastics customer service rep, a social media enthusiast and a writer. I try to collect obscure video games, I love comics and somewhere on Amazon I have a self published book. I am married to a beautiful and grounded woman. But most importantly, I have been seized by a great affection in the Lord.