Entertainment has given society a way to experience many different activities, stories, and emotions without physically enduring events that generally would conjure such things. Video games, for example, allow one to live vicariously through a digital persona, fighting dragons and saving princesses in a medieval setting, building theme parks in a modern one, and countless other activities. Some games, such as Among Us, allow players to take on roles that may be deceptive. Other games allow or force players to perform evil deeds, like in the Fallout series or Grand Theft Auto series. Quite honestly, you can do nearly anything in a video game world. This freedom does lend itself to some crucial questions. Are video games bad for you, and as Christians, can we even play video games? How do video games and Christianity work together? 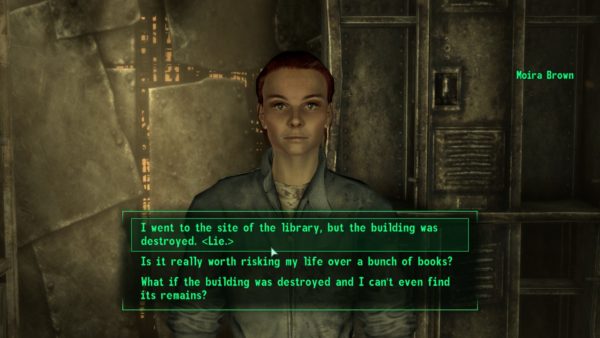 An example of a dialogue tree in Fallout 3

Who is playing games?

Video games are quickly becoming one of the more consumed media outlets in the world. There are more gamers today than in years past. As of 2019, there were roughly 2.47 billion gamers in the world. Gaming has become extremely accessible over the last few decades with the advent of mobile and handheld gaming. Consoles have become a cheaper way to experience gaming than computers and are more comfortable for some folks to manage. Personal computers boast some of the largest gaming libraries, and many homes have at least a laptop computer that can run simpler games. The games themselves have diversified immensely, catering to a wide variety of audiences and play styles and allowing more people to join in the hobby of playing games. Some video games have even developed professional teams and events. You can also visit 25pc for reviews on gaming products and accessories. This analysis helps us frame some complaints and statistics about gaming and violence. 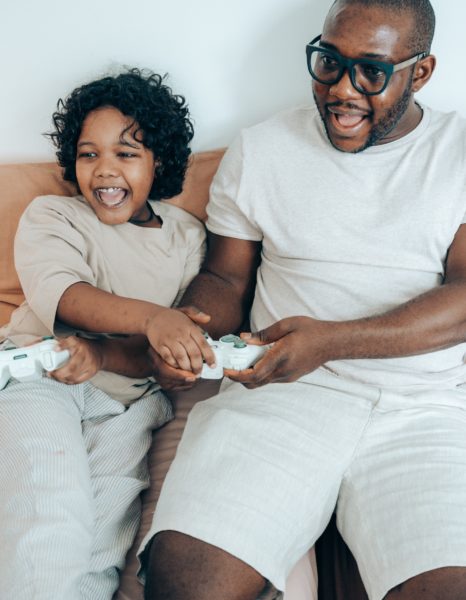 Video Games can be enjoyed as a family! Photo by Ketut Subiyanto from Pexels

Our society has spent a lot of time discussing violence in video games. In the mid-1990s, games such as Night Trap and Mortal Kombat caused a vast, and justifiable, stir with parents. These games were violent and portrayed unsavory acts against other people. The United States Congress convened to address these concerns. From these hearings, the Entertainment Software Rating Board, or ESRB, was created. This board began a standard for rating video games based upon the games’ content and which age groups should consume that content. Some schools of thought believe that media violence begets violence in the folk who partake in such media. For example, people think that by playing games like Doom, a person can reenact the violence in their real lives. Scientists have conducted numerous studies on this issue.

Psychological studies of video games fall into a few main camps. Two of the more extensive thoughts are that video games do not have any effect on a person’s aggression, and the other states that they have a small impact on aggression. Recent studies have not confirmed any significant correlation between large amounts of aggressive behaviors and playing violent video games. According to the CNN article linked earlier, the American Psychological Association and the American Academy of Pediatrics still recommend against children playing violent video games.

Are Video Games Good for Us? 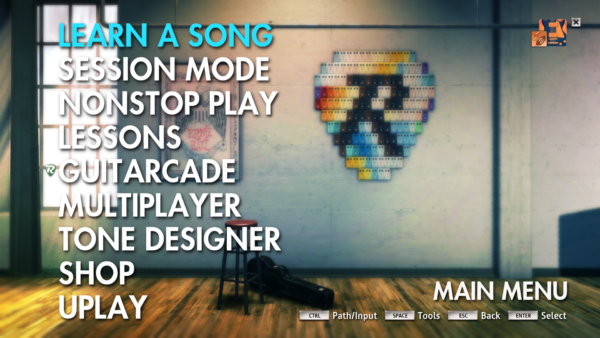 There are relatively few studies that show any link between violence in video games and increased violent behaviors. Video games also do have some definite benefits for people. Video games can help people become more social in a healthy way, such as in cooperative multiplayer games. They also can help with exercise, like with Ring Fit Adventures for the Switch. Finally, games can teach new skills to people. People can potentially learn to read from playing video games. Rocksmith 2014 can show people how to play real songs on a real guitar using similar mechanics to Guitar Hero. The benefits of gaming are real, and most people can enjoy them. 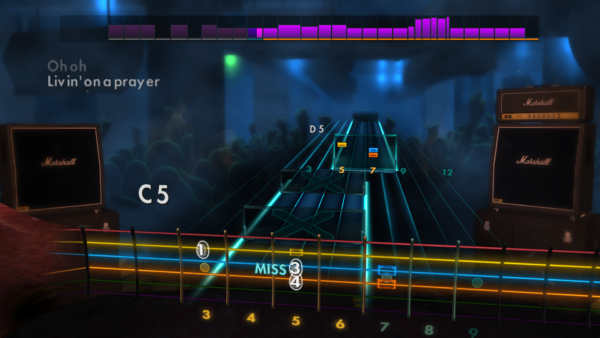 Learning Living on a Prayer by Bon Jovi on Rocksmith 2014

Video games offer possible benefits with few negative repercussions, so should we as Christians jump feet first into the medium? The answer to the relationship between video games and Christianity is not black and white. Paul’s epistle to the church in Rome discusses various aspects of the Christian faith to the folks living in Rome. In Romans 14, Paul outlines how people can have differences in how they express their faith. One set of verses in this chapter help distinguish this:

One person considers one day more sacred than another; another considers every day alike. Each of them should be fully convinced in their own mind. Whoever regards one day as special does so to the Lord. Whoever eats meat does so to the Lord, for they give thanks to God; and whoever abstains does so to the Lord and gives thanks to God. For none of us lives for ourselves alone, and none of us dies for ourselves alone. If we live, we live for the Lord; and if we die, we die for the Lord. So, whether we live or die, we belong to the Lord. For this very reason, Christ died and returned to life so that he might be the Lord of both the dead and the living. – Romans 14:5-9, NIV

We, as Christians, must be mindful of each other and our individual walks with Jesus. Some Christians can play games such as Grand Theft Auto or Mortal Kombat without having issues with their faith. They can separate the two instances and enjoy the games for what they are. Other folks may not want to play those games; they may not be particularly keen on doing evil deeds within the context of a video game. Other Christians may limit themselves to playing T-rated games or below, while others may want to avoid sexual content over violent content. Each of these ways of enjoying video games in the Kingdom of God is OK. We must not tempt ourselves nor tempt God. It is wise to set up boundaries for yourself and your family if needed on what games are or are not ok.

Our Brother’s and Sister’s Keeper

As a Christian, the answer to what is acceptable comes down to the individual and their faith. If you feel that committing evil deeds in the context of a video game is not suitable for your faith, please do not force yourself to play that game. Analyze what you feel is morally acceptable and what you think can help you bring glory to God. This website offers many amazing reviews that can help you understand what content is present in various games. You can use these content guides to help you decide what games you want to play and what games you don’t. 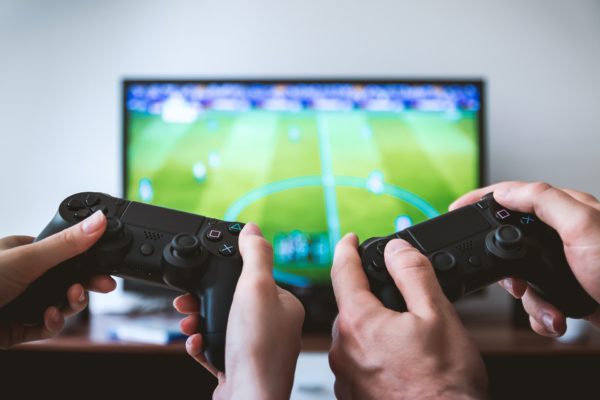 Photo by JESHOOTS.com from Pexels

The Apostle Paul in Romans also puts a lot of emphasis on not judging fellow believers based upon their choices on their faith. In 14:13, he states, “Therefore let us stop passing judgment on one another. Instead, make up your mind not to put any stumbling block or obstacle in the way of a brother or sister.” We are all Children of God, and the most important thing is to preserve our faith. It does not matter if a person decides to refrain from certain video games. We also must not force our brothers and sisters in the faith to stumble based upon our gaming choices.

Let us therefore make every effort to do what leads to peace and to mutual edification. Do not destroy the work of God for the sake of food. All food is clean, but it is wrong for a person to eat anything that causes someone else to stumble. It is better not to eat meat or drink wine or to do anything else that will cause your brother or sister to fall.

Helping Each Other in Christ

We are responsible for our conduct around our family in the faith. It is not OK to force a brother or sister to play Doom Eternal if he or she is not comfortable with demonic imagery. It is also not OK to help a brother or sister slip into a cycle of sin by playing a sexually charged game if they cannot handle it. We are indeed the keepers of our brothers and sisters, and we cannot act in such a way to cause them to fall from the faith. 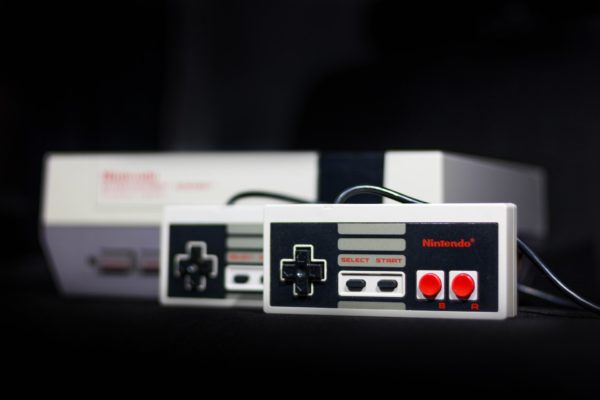 Photo by Tomasz Filipek from Pexels

So whether you eat or drink or whatever you do, do it all for the glory of God. Do not cause anyone to stumble, whether Jews, Greeks, or the church of God – Even as I try to please everyone in every way. For I am not seeking my own good but the good of many, so that they may be saved.

My brothers and sisters, I urge you to help each other out. Come together safely and build each other up. Play games that enable us to connect and help us deepen our faith and our fellowship. I am praying for all of you during this pandemic season, and I hope that everybody continues to do well.