Why Christians Should Play Video Games (with Discernment)

To some, the term “video game” is synonymous with the latest Call of Duty or Grand Theft Auto. Less frequently do the names of video games not focused on violence or sex come to the average mind.

Those that practice the Christian faith may be in search of a game that reflects their values, but they’ll be hard-pressed to find even one. There is FIVE: Guardians of David (which I wrote a review for) and That Dragon, Cancer, but aside from those there aren’t too many “Christian games” around

As Christians, it can be difficult to figure out what games God is OK with, and which ones He isn’t. That’s actually a rhetorical question, as there isn’t really an answer. Everyone has different convictions. I highlighted this subject here on Geeks Under Grace, as I myself have dealt with this (and still do) as a Christian who loves to play video games. Within this article, I’d like to explore that subject further.

To Play Or Not To Play

As a Christian, I am very careful what games I expose myself to. Sometimes I play games that contain content I don’t like, but the overall good outweighs the bad. That said, how far can I go before my play time goes against the convictions I feel from the Holy Spirit?

I know Christians who refuse to play certain games that I am OK with playing, and vice versa. Personally, I hate profanity (Call of Duty, Saints Row) and in-your-face sexuality (Bayonetta, Dead or Alive Volleyball, etc), so I choose not to buy those titles. Yet, at the same time, games that delve into spirituality don’t disquiet me (Okami). As believers in Christ, we should listen to the guidance of the Holy Spirit, while not be afraid to tackle video games and find signs of God’s grace or values in them, even among the filth. 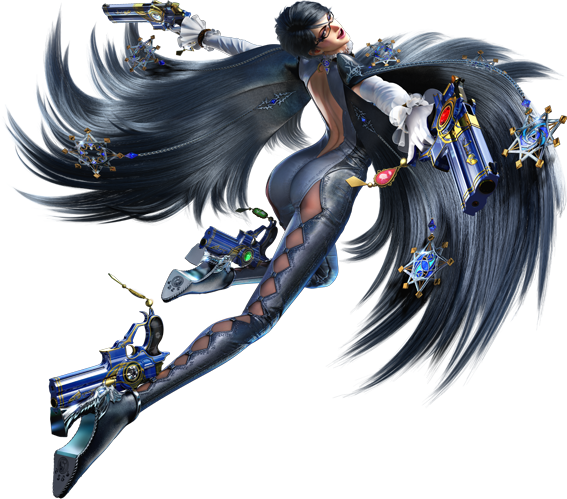 Bayonetta, a gun-toting witch out to kill angels and fight God.

Many Christians are afraid to engage the video game medium, and in many ways they aren’t without good reason! Look through any collection of XBOX, Playstation, of even Nintendo titles, and you will find more than a handful of games that are pretty violent and filled with other unpleasantness.

I consume and view video games just like movies, books, TV, and the Internet. I have to identify the good from the bad, use resources to guide me, and ask God to influence my choices. As, I said earlier, everyone has different convictions. Maybe you’re OK with hearing some profanity, but sexual images lead you to temptation. Whatever your limits, you need to know the lines that you should not cross. Once you are comfortable with what you will and won’t play, then enjoy the game and be on the lookout for themes, dialogue, settings, and other aspects that you can learn from. That’s how I find inspiration to write articles; I just play the game and find points that I can connect back to biblical or spiritual teachings. 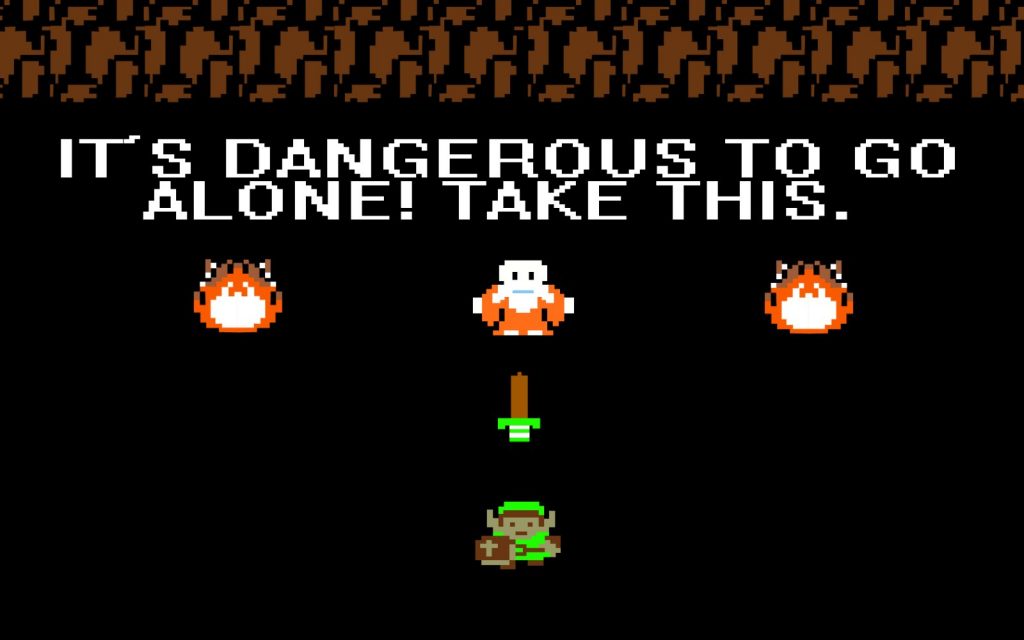 A famous image taken from the first Legend of Zelda game on the NES. Classic!

Do Not Be Afraid, Play The Game

Many conservative groups are quick to bash video games as the cause of violence, hate, and crime. I do agree that media has a strong influence on us all, but I also see the redeeming value of playing through a game and finding God’s glory in it. Humanity has a unique ability to create–something that no other creature on Earth has. Yes, animals can make homes or tools on instinct, but we have the ability to imagine and reason–take a blank canvas and make something of value where there was once nothing. Video games are a work of art, and as believers we can find those biblical correlations in the game and relate them to others. Consder Link being the hero in a dark world (Legend of Zelda), Cloud Strife finding forgiveness after the death of Aerith (Final Fantasy 7), overcoming our inner battles (Tales of Symphonia) and more.

Being a light of hope to those in the gaming world/industry is important, as there are few influences in that field today. Talking to your fellow gamers about the love of Christ through an analogy of a game is a powerful way to convey the principles of Christianity to them. I hope that those of you who have never tried it will think about giving it a shot.

To me, this is how Christ lived during His ministry on the Earth, and how He calls us to live today. We are called to go into every sector of society, education, business–anywhere–and bring the Truth of Jesus Christ to the world (Mark 16:15). We cannot wait around for others to come to us before we minister to them, in the same way we can’t wait for a “Christian game” to be released before we’re able to use video games as a medium to reach others. We can find God’s fingerprints in everything, as long as we listen to the guidance of the Holy Spirit. Always seek God’s will in whatever you do. And if you’re not sure, go to His word or just ask Him. He will answer you.

I am sure I am not the only one who’s felt this way, and I would love to know your own gaming preferences and what lines you do not cross, or are willing to cross, to play a video game! Let me know below, I’m looking forward to your replies.