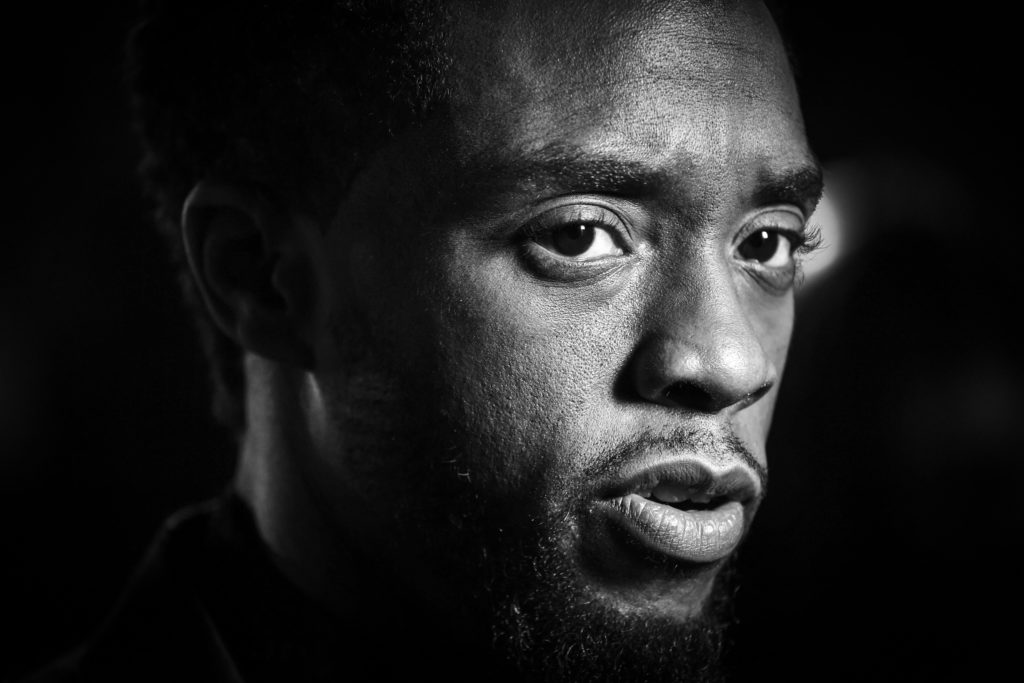 There’s no doubt that Chadwick Boseman was a rising star. Like most actors, he started his career as a guest star on several television programs before getting cast as recurring characters. After that, Boseman really made his mark when he nailed several lead roles in various independent films (The Kill Hole, 42, Get on Up). Of course, we all know and love him best as Marvel’s Black Panther. In his most recently released film, Da 5 Bloods, Chadwick Boseman represented the heart and soul of the narrative, one that inspired others to maintain a fighting spirit. He brought a sense of gravitas to every role and had an envious amount of stage presence. It was clear that his acting career, while already making a positive impact on many worldwide, was only just getting warmed up.

So it came as a complete surprise when his passing was announced late last week. A wave of grief engulfed fans when they learned he had been battling colon cancer for the past four years. It was shocking news, to say the least. Despite his diagnosis, Chadwick Boseman still worked tirelessly as an actor, and served the Church and his local community in-between his treatments.

His role as the Black Panther was monumentally influential particularly for the black American and African community and the film marked a historical moment in cinematic history. Yet the man behind the mask also inspired others on a more personal level. “Sometimes you need to feel the pain and sting of defeat to activate the real passion and purpose that God predestined inside of you,” Boseman said during his address to students at Howard University in 2018, which we now know was two years into his battle with cancer. “God says in Jeremiah, ‘I know the plans I have for you, plans to prosper you and not to harm you, plans to give you hope and a future,’” he reminded them. His life was cut short, but he didn’t let his impending fate impede on the quality of his remaining days.

Many at GUG wished to write a tribute to farewell this man who has inspired so many through his legacy of work. Their words are below:

Chadwick Boseman as Jackie Robinson in 42.

“Though I perhaps was not invested in the breadth of Chadwick Boseman’s career, I was deeply entertained by his portrayal of T’Challa, son of T’Chaka, king of Wakanda, the Black Panther. As defender of that fabled nation, Boseman became a man who was a king first and hero second, resolute in his beliefs and determined to uphold his people and traditions. Over the course of four films, Boseman channeled his character beautifully, becoming as a friend of mine recently stated, “the embodiment of the Black Panther.” You genuinely feel Boseman’s pain as he cradles T’Chaka’s body in Civil War; you smile at his suave demeanor when he tells Nakia “I never freeze” in Black Panther (and chuckle when he proves his humanity by later freezing); you hear the resonance of his voice as he rallies his soldiers with a cry of “Yibambe!” in Avengers: Infinity War. When I first watched Avengers: Endgame, gleeful fans in the row directly behind me shouted “Wakanda Forever!” as Boseman stepped out from a portal. If Wakanda does indeed remain forever ingrained in the minds of audiences, it will owe much of its continued existence to Boseman’s performance. Like Robert Downey Jr., Chris Evans, Chris Hemsworth, and a host of other actors within the Marvel Cinematic Universe, Chadwick Boseman is irreplaceable. He may have departed this life far too soon with far too much still to be done, but he left behind a powerful legacy etched in vibranium.” 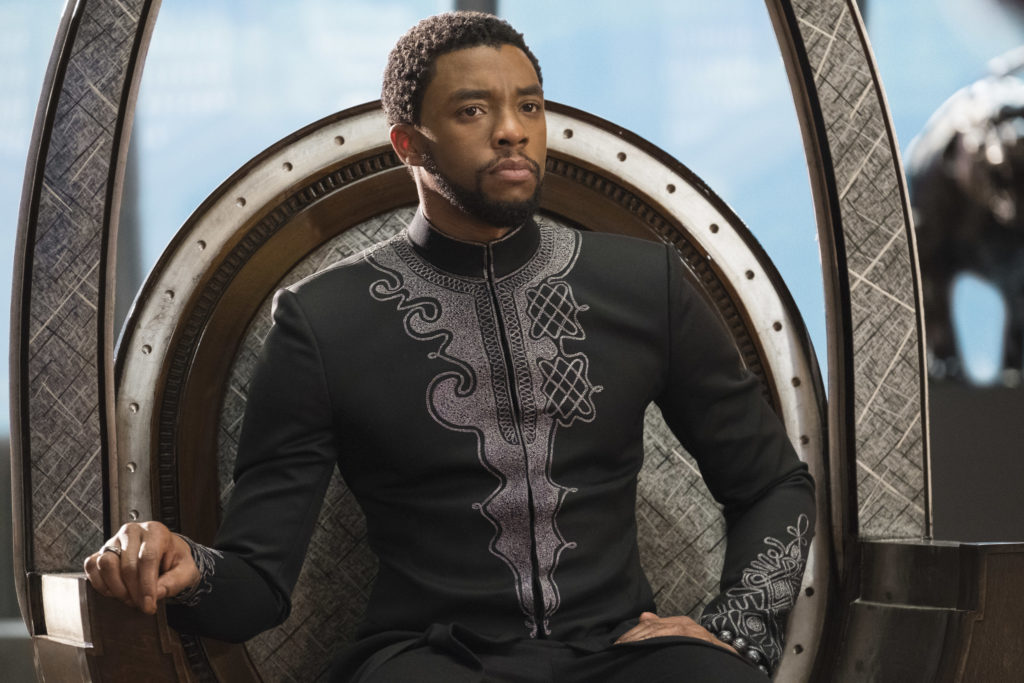 “When thinking of what to write, I decided to share a story. We had a Christmas party for foster kids at my church in which leaders dressed as Princesses and Superheroes. As I walked down the hall, I saw two very young black kids light up with excitement when they saw a person dressed as Black Panther and took a photo with him. At the time, Into the Spider-Verse wasn’t made yet—so this was their Spider-Man/Batman/Superman. At that moment, I saw the kind of impact that Chadwick Boseman had made on our world with that character. This hero and movie promoted peace and unity while giving a community of children hope, and I witnessed it at work that night. That is the legacy will live on through that movie.” 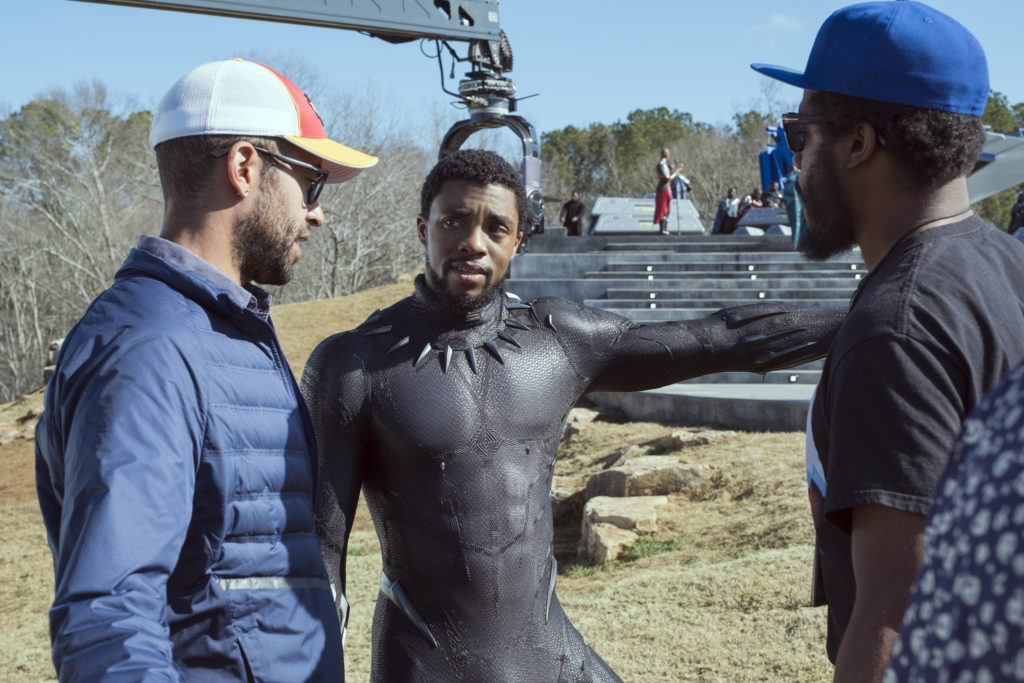 “One thing I have the pleasure to do every day as my job is study and research Africa. I love the continent; I’ve had the pleasure to study the history and the various cultures of a dozen different countries and ethnic groups across the continent. I’ve also had the opportunity to visit several of these countries and spend time with some pretty incredible people. The movie Black Panther put a spotlight on the continent in a way that most movies do not. I feel most movies make Africa out to be a violent and lawless land, which just isn’t true. Yes, the movie did showcase some unpleasant places on the continent (what continent doesn’t have places such as these?), such as the Sambisa Forest, but for the most part the movie demonstrated that Africa is an incredible place that has some of the coolest cultures and people groups on the planet. However, this tribute is not for the Black Panther, but for Chadwick Boseman and how brilliantly he played his role as Black Panther. He propped Black Panther up as one of Marvel’s best, and most important, super heroes. Chadwick’s performance proved that the Black Panther did not need to be a character from New York City, Gotham, or some other giant American city. So, I just want to say, thank you Chadwick for what you did for the continent of Africa and Africans everywhere, and putting a spotlight on a continent that deserves movies that highlight its rich history, powerful cultures, and beautiful scenery.” 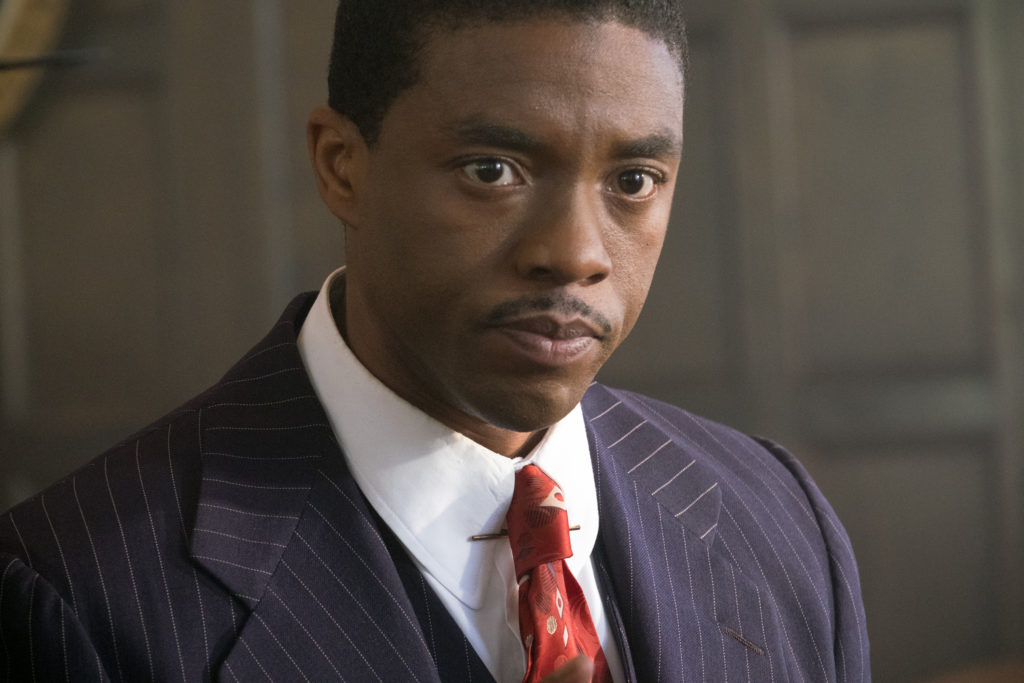 “In my reading, prayer, and meditation over the past few years on racial reconciliation, I have yet to fully discern how to graciously interact with blacks in predominantly white spaces: my neighborhood, my place of work, Geeks Under Grace itself. Chadwick’s portrayal of Black Panther gives me hope that this kind of work can be done and done well. He stepped into the predominantly white MCU, and rather than acquiescing to the surrounding whiteness, the writers, directors, and actors worked together to invite blackness into that space, on a scale never before seen in a superhero film. In a time when so many racial efforts are contested or criticized, Black Panther was not. It became a reason for blacks, whites, and all people to celebrate, together, an escalation of diversity in one of the biggest movie franchises of all time. I have to reason that this was only made possible by the stellar performances of the cast, with Boseman at the forefront.”

Chadwick Boseman was the heart and soul of Da 5 Bloods.

“I have to be honest and admit that Black Panther is not my all-time favorite Marvel Cinematic Universe film. I find that it copies a lot of the same tropes I’ve seen from other films before, and to that end a bit predictable. That being said, the film’s strength and what I personally think is its greatest attribute is its cast. Black Panther has an amazingly STRONG cast!! There are so many names to drop as to why Black Panther is so enjoyable, from Michael B. Jordan, Letitia Wright…so many others! But then there’s Chadwick Boseman. He to me is the living embodiment of T’Challa, and honestly was as perfectly cast as Robert Downy Jr. was to Iron Man. His natural charm, grace, and leadership just carried the film from beginning to end. He was personable and enjoyed teasing his sister. But he also knew how to take his responsibilities seriously, too. Chadwick I think embodied T’Challa’s spirit very well in real life, from advocating in his community, and encouraging children with cancer…while silently suffering himself. There is so much to admire, to learn, and to take away from Chadwick’s life. He was an actor, but in many ways he was also a leader. May we follow his example and treat others as he would want them to be treated, as he knew we were also called to do so by Christ. The world has lost Chadwick, but Christ has received a remarkable, good soul in His arms.”

Chadwick Boseman as James Brown in Get on Up.

It’s a goal of many actors to become so intertwined with a role that the character is synonymous with the person’s performance. In Black Panther, Chadwick Boseman is T’Challa. Since his adaptation of the character is so iconic, many fans have wondered if this will also be the end of T’Challa’s story arc, and therefore not only grieve the loss of the actor, but also the character he brought to life. Naturally many are asking what Marvel will do next.

Thankfully it’s not an answer that needs immediate addressing. After considerable delays, shooting has only just recommenced for Shang-Chi and the Legend of the Ten Rings, whilst Thor: Love and Thunder is still in its pre-production holding pattern. This means Black Panther’s sequel will no doubt be pushed further back, possibly by one or two years more than what is currently scheduled. It means that we are able to properly grieve this wonderful actor and to leave these other problems for another day. For the time being, let us pray for those that were close to Chadwick Boseman, give strength to others suffering from this terminal illness, and provide charity to colon cancer research. 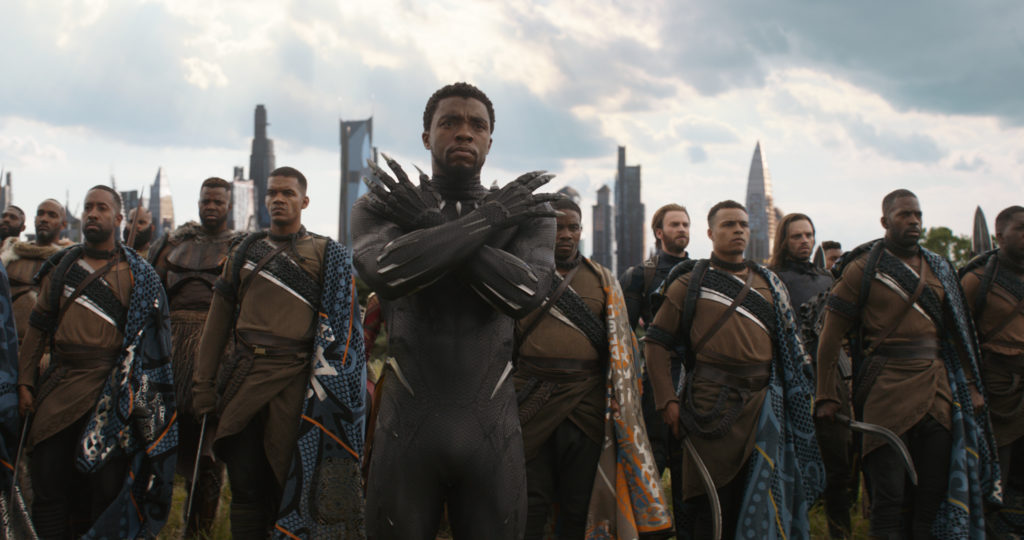