Welcome to August’s Boom, Bust, or Meh, ladies and gentlemen! This is where we focus on five films released during the month and have some fun predicting their success! As with every BBoM article, each film receives one of the following scores:

With that introduction, let’s crank open the month of August vault!

Before we get to our film predictions, let us take a look at the outcome of our July predictions!

Juliana: It seems that Marvel is still able to pull off their magic!

Juliana: Sure, it made money, but the critics have caned it all the way to the box office. Aside from its experimental foray into photorealistic CGI, this isn’t the version that will be remembered.

Juliana: Who would have thought that this serious-but-outlandish horror was just what the critics craved?

Juliana: Only four days out and it’s tracking reasonably well at the box office so far, considering it hasn’t completed its international release yet. Divisive, it isn’t Tarantino’s greatest work, but it is his boldest. There’s still enough love here from critics and audiences to call this a BOOM!

Juliana: Critics are loving this indie film, but general audiences just aren’t digging it, with the box office reflecting its obscurity. It may pick up speed if/when word gets out. 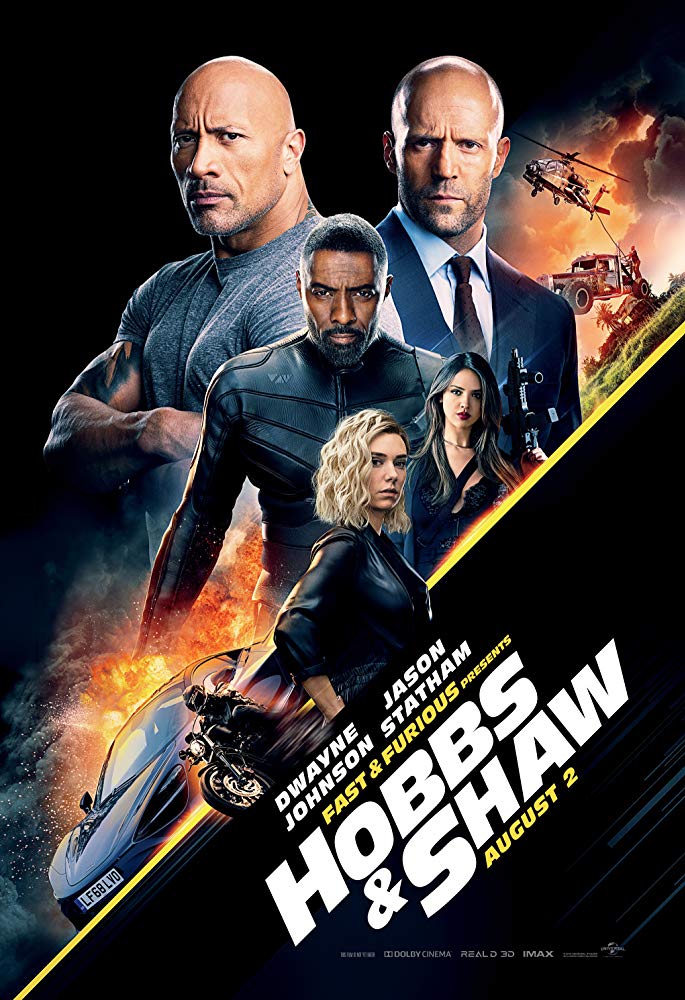 Juliana Purnell (75-47): BOOM! – I have a confession to make: this is one of the few franchises that I haven’t gotten around to watching. Nine films deep, including this spin-off, there’s just too much homework associated with it now. Yet for those that have been following along, this is an insanely popular franchise that, like the Mission: Impossible series, has matured well over the years. Despite being a side-story this time around, it looks like a lot of fun, with big stars, and doesn’t face much competition in regards to other major blockbusters.

Tyler Hummel (56-37): Meh – Okay so I’m slightly optimistic about this film. It looks like just another FnF film but without the massive ensemble cast. The two leads are usually the best parts of every movie they’re in respectively so there’s a chance this could be a lot of fun! 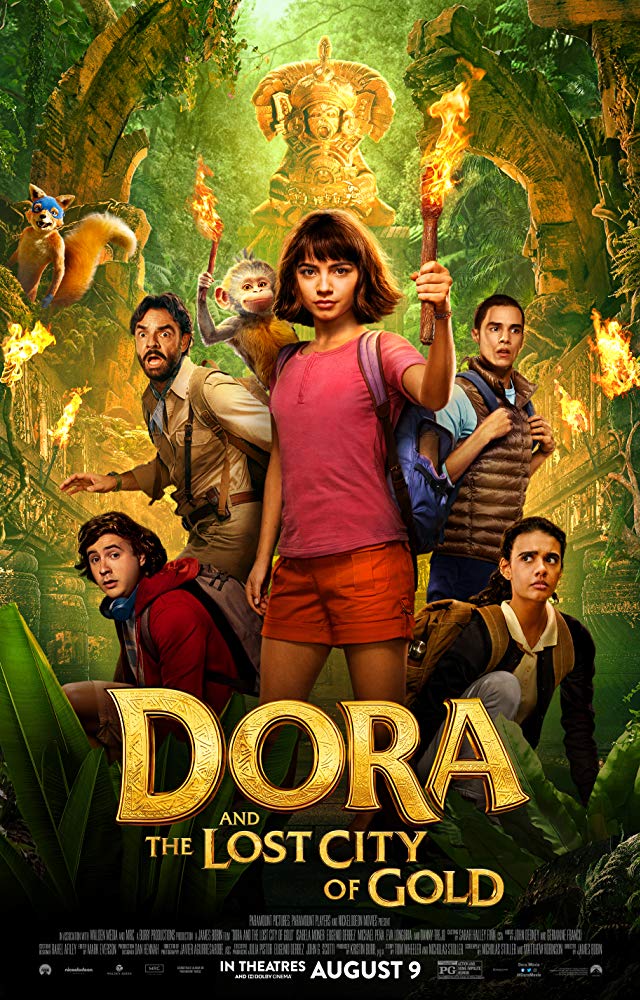 Dora and the Lost City of Gold

Synopsis: Dora, a teenage explorer, leads her friends on an adventure to save her parents and solve the mystery behind a lost city of gold. (IMDB).

Juliana Purnell (75-47): Meh – This appears to combine the social dynamics of Mean Girls with the fun-spirited adventure of Jumanji. There is a niche for kids’ films like these, appealing to young children while still entertaining those that are a bit older. They’ll love it. However the latest trailer, with its horrible CGI animal characters, hints that this movie may be too saccharine-drenched and cheesy for adult audiences. Sure, it will succeed at the box office, but considering it’s the adults that typically critique and rate films, and they aren’t the target audience, expect Rotten Tomatoes scores to be less than kind.

Tyler Hummel (56-37): Meh – I’m morbidly fascinated by the trailer for this film. I simply can’t believe they made a semi serious Indiana Jones knockoff out of Dora the Explorer. Yet it looks kind of fun….? Safe bet say it’s gonna stink though. 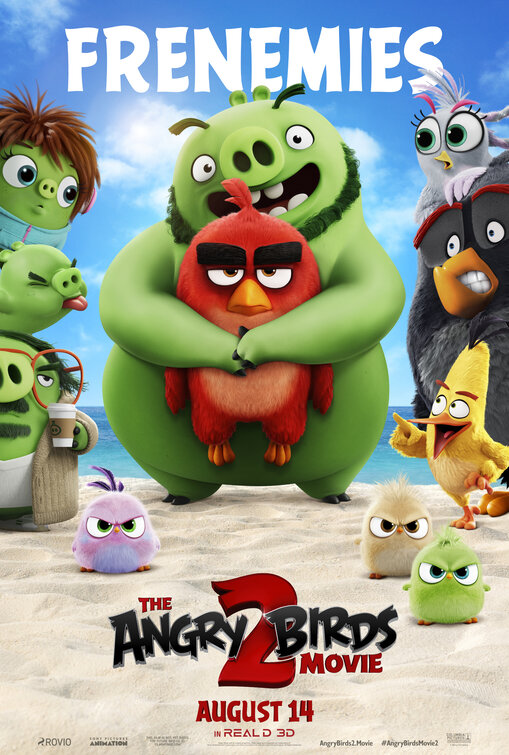 Synopsis: The flightless birds and scheming green pigs take their beef to the next level. (IMDB).

Juliana Purnell (75-47): Meh – I have another confession to make: I absolutely adored the original film. Red is my spirit animal (if I were to believe in spirit animals). It was light, amusing, and had just the right amount of absurdity. I predict this sequel is going to capture that same vibe. However the first film did receive a lot of negative bias because it is based on a mobile game. This will be a reasonably entertaining film, though people will judge this one by its concept, automatically placing it alongside The Emoji Movie. 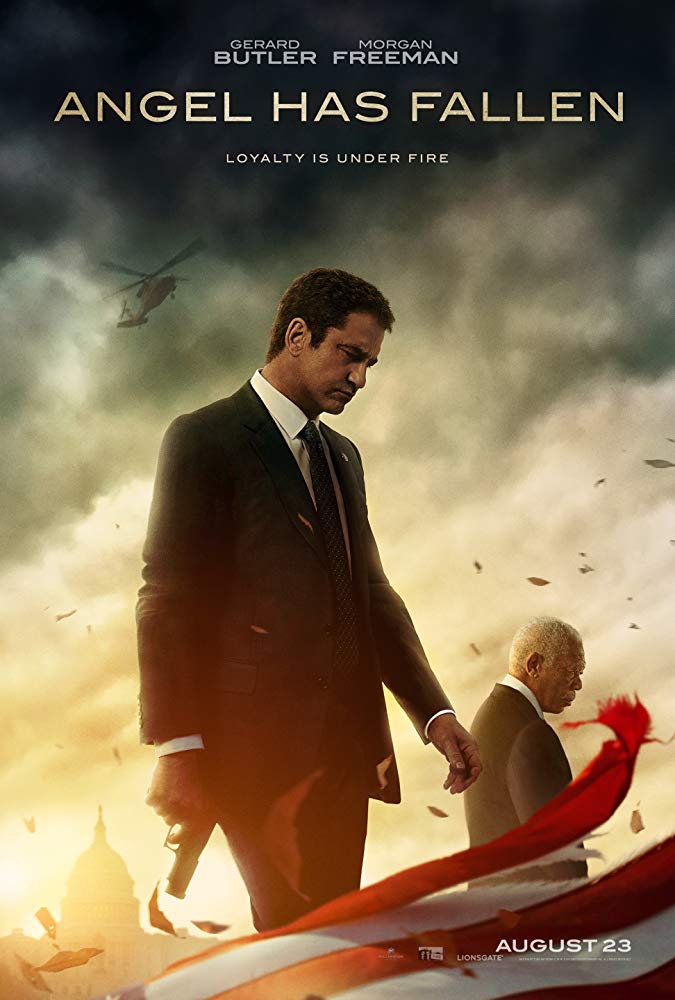 Synopsis: Secret Service Agent Mike Banning is framed for the attempted assassination of the President and must evade his own agency and the FBI as he tries to uncover the real threat. (IMDB).

Juliana Purnell (75-47): Bust – Olympus Has Fallen was a gung-ho, wildly entertaining romp set within the White House. The President was in danger yet again in London Has Fallen, though despite being set on foreign soil, the story came across as oddly patriotic and amusingly xenophobic, with a similar vibe and drop in quality as Taken 2. Now in Angel Has Fallen, the President has his life threatened… again, though the plot seems to lack a cool location to distinguish it from any other narrative that shares this seemingly common problem.

Hobbs & Shaw is already taking the “big dumb action film” spot for this month, and will overshadow this rather bland offering from a floundering franchise. It will still be entertaining, but critically panned, relying mostly on domestic audiences as it’s too derivative to appeal internationally.

Tyler Hummel (56-37): Meh – Okay so I’m basically the entire audience for this weird third film in the Fallen trilogy. The first film was a odd, dark action movie that I actually kind of connected with when it first came out and the sequel was a decentish retread if you liked the first one. At this point I’m down to see it just for the ridiculous title alone! 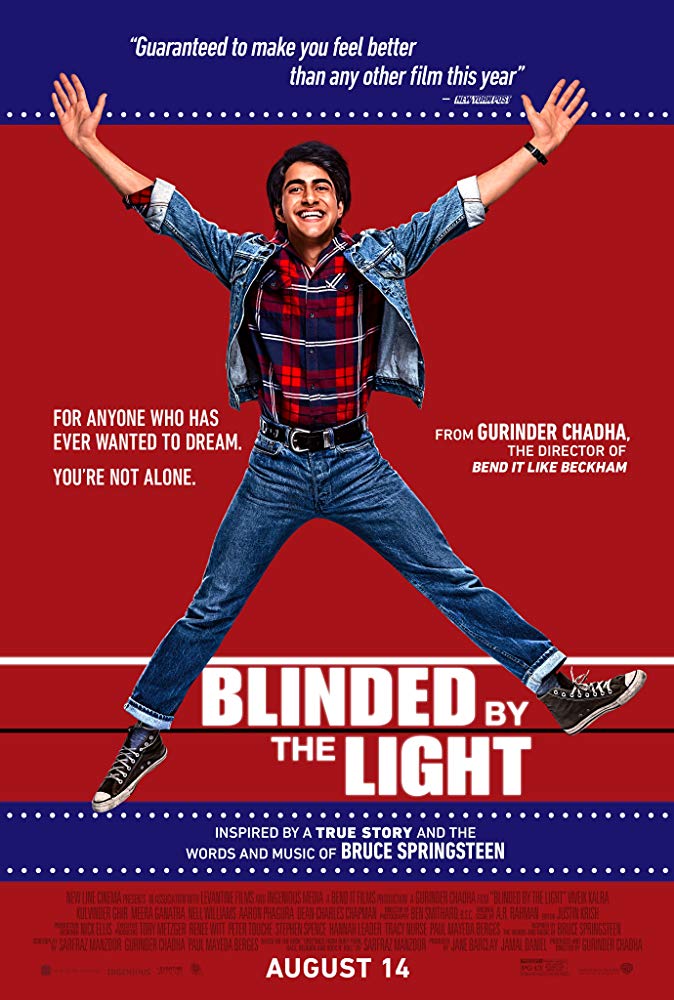 Blinded by the Light

Synopsis: In 1987 during the austere days of Thatcher’s Britain, a teenager learns to live life, understand his family and find his own voice through the music of Bruce Springsteen. (IMDB).

Juliana Purnell (75-47): BOOM! – Over 250 films screened at the Sydney Film Festival this year, and only a handful gained the reputation of being “must-sees.” Blinded by the Light was one of them. It was one of the first films to sell out. Word on the street was overwhelmingly positive.

I’m personally not a huge fan of this new trend of love letter musicals or extended music video dramas seen in the likes of Bohemian Rhapsody, Rocketman, and Yesterday. I find if you’re not into the particular artist they’re featuring (this time it’s Bruce Springsteen’s turn), then the rest of the plot feels shallow and bottoms out. Yet if Gurinder Chadha manages to recreate the heart-warming tone of her hit film, Bend It Like Beckham, and Springsteen’s songs help to roll the plot along as opposed to interrupting its flow, then this film will be popular amongst critics and fans alike. Bruce Springsteen is more of a niche taste, so box office numbers will be on the lower side, but the people who do seek out this film will end up loving it.

Tyler Hummel (56-37): BOOM! – I’m not gonna lie, I thought this was a Christian movie based on the title sounding like every other Christian movie title in the past two years… What can I say about it beyond (checks Wikipedia) it’s a Bruce Springstein movie. Apparently some critics like it though so I’m gonna guess it’s good.