When cinemas closed across the country last year due to the pandemic, so did our monthly Boom, Bust, or Meh articles that covered new theatrical releases. For a while the film industry was in a state of shock, and even though it’s still in flux, some form a stability has been found through streaming services. While we’d like to one day bring back our Boom, Bust, or Meh articles, until a time when theaters resemble a fraction of their former glory, we’d like to introduce a new game: Buy, Rent, or Wait.

This time around we’re casting our eyes further afield to find five upcoming new releases for the month. Some will still find their way to the silver screen, but others will be available from the comfort of your home. Our job will be to make wild guesses based on their logline and trailer as to whether they’ll worth your time, separating them into one of three categories:

Buy: This film is worth multiple viewings and maybe even a purchase of a hardcopy!

Rent: A movie in this category will be worth the cost of admission, whether that’s an actual ticket or a few dollars as a video on demand.

Wait: This means the film isn’t really worth any additional effort on your part. If you happen to catch it on broadcast television or on a streaming service you’re already paying, then maybe it’ll be worth your time. Or maybe not even that! 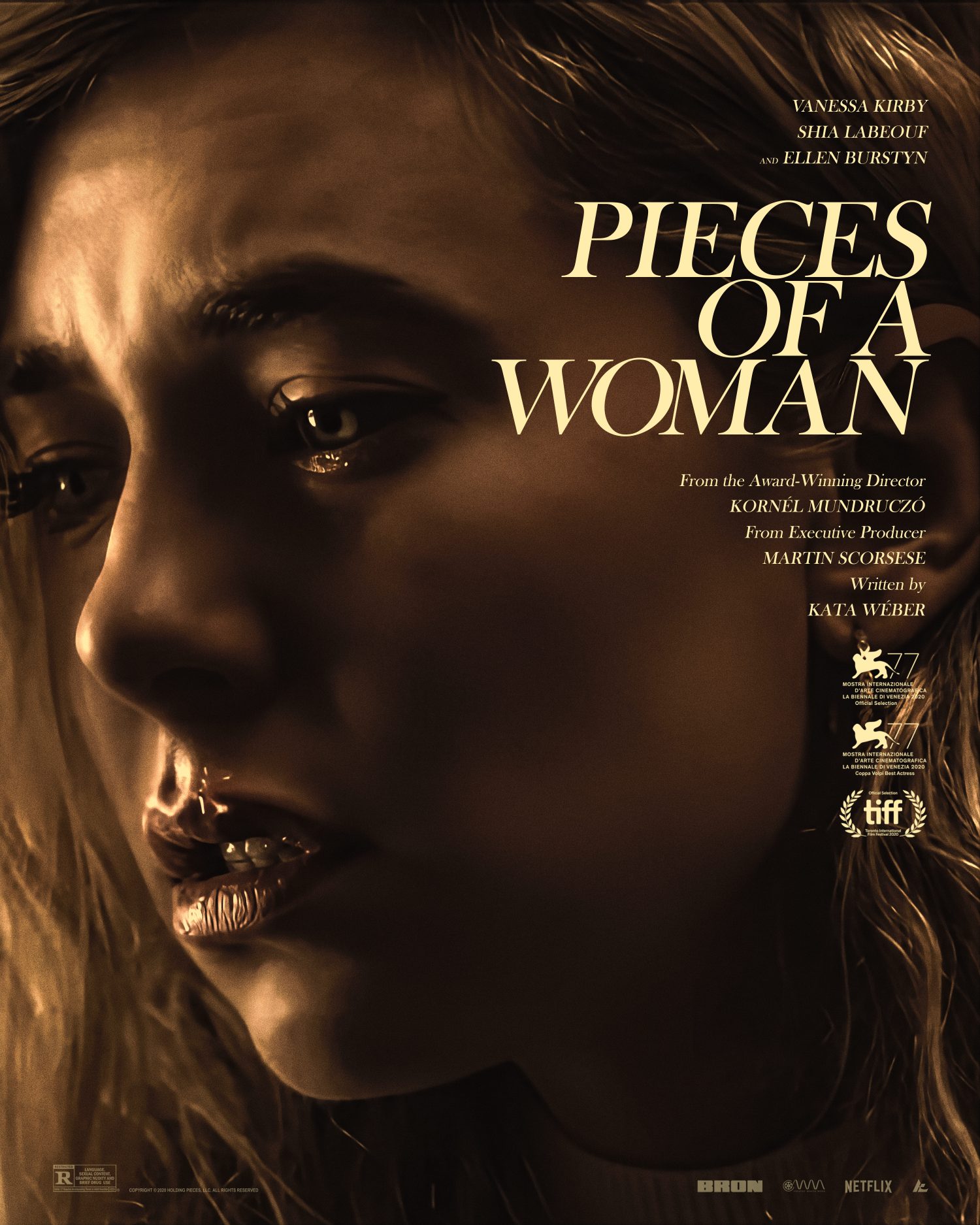 Pieces of a Woman

Synopsis: When a young mother’s home birth ends in unfathomable tragedy, she begins a year-long odyssey of mourning that fractures relationships with loved ones in this deeply personal story of a woman learning to live alongside her loss. (IMDB).

If there’s one film on this list that has generated Oscar buzz, then it’s Pieces of a Woman. Not to be confused with Promising Young Woman which is also gaining attention on the theatrical circuit at this time, Pieces of a Woman dares to portray an issue that is sadly more common than what is perceived, although it’s rarely ever spoken about; a story which will no doubt hit too close to home for many couples. Word is the opening thirty minutes are emotionally devastating, while the rest of the runtime is spent gathering up whatever shattered pieces are still salvageable. Martin Scorsese is listed as an executive producer on this production, and whilst that typically doesn’t mean much, it does indicate this cinema veteran thought the film was worthy of his interest and finances. I think this will be an impactful, heart-wrenching character study and one of the best for the year given it’s gearing up for an Oscar nomination. However, it’s one of those movies I predict that, while oddly cathartic in its emotional depiction, will be too heavy for repeated viewings, therefore while I admire its pedigree, it’s a Rent from me. 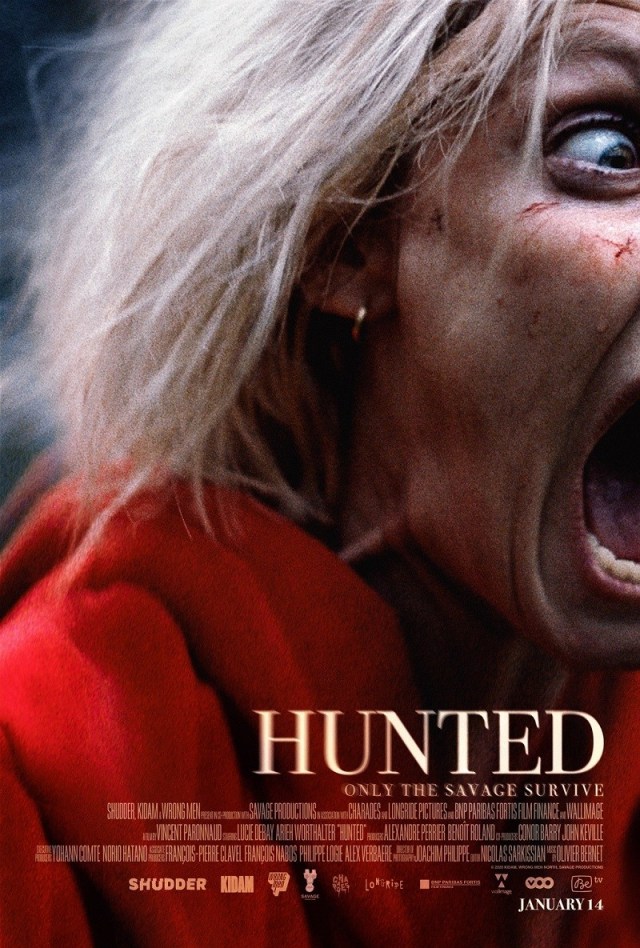 Synopsis: “The company of wolves is better than that of man.” Once upon a frenzied time, Woman meets Man. Woman dances with Man. Man kisses Woman. Man grips Woman. Woman escapes Man. Man chases Woman – nothing new. Or is there? (IMDB).

On this streaming service dedicated to the horror genre comes this reimagining of Little Red Riding Hood. It’s still set in the woods, but the wolves have been swapped out for violent, predatory men, facing off an increasingly unhinged female victim as she fights to survive both her pursuers and the elements. I’m a sucker for fairy tales and modern adaptations, so the premise for this is intriguing enough for me to warrant labelling it as a Rent, though I don’t believe it’s enough of a drawcard for people to sign up to Shudder if they haven’t already. That said, the word on the street from Hunted’s film festival screenings are rather positive, with many reporting it’s heart-thumping, emotionally investing, and suitably realistic. So if you’re a horror fan and signed up to Shudder, then be sure to seek out Hunted. 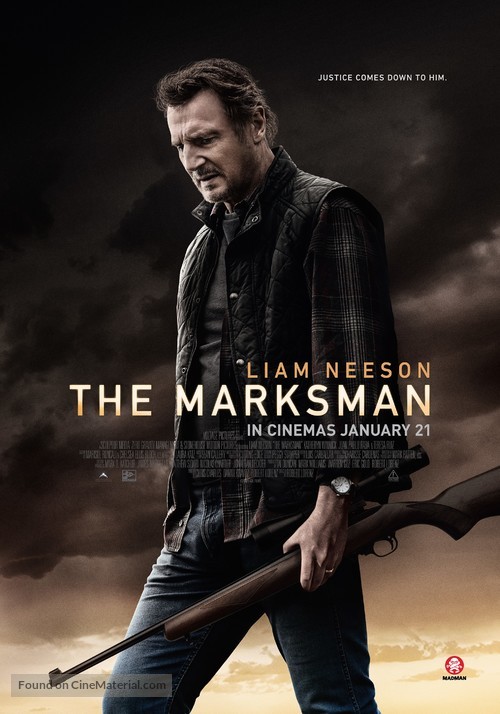 Synopsis: A rancher on the Arizona border becomes the unlikely defender of a young Mexican boy desperately fleeing the cartel assassins who’ve pursued him into the U.S. (IMDB).

It was an inspired casting decision to place Liam Neeson in the lead role in Taken all those years ago, but since then the actor has seemingly been cashing in on the unexpected older action hero stereotype. The Marksman just feels like another in a long line of these types of Neeson-driven films (seriously, he’s popping out two movies from this genre a year). So it’s more of a question as to whether this will be one of the actor’s standout performances. Director Robert Lorenz has some serious credits to his name (Million Dollar Baby, American Sniper), but mostly as first or second unit director, not the one at the helm. It’s difficult to predict whether he can pull off this odd couple story between a stoic man and a strong-willed child, though I’m willing to bet it’s more likely this production will fall more into the uninspired category as opposed to being surprisingly brilliant. As much as I’d like to see people support their local cinema, maybe it might be wiser to wait until it’s more easily accessible. 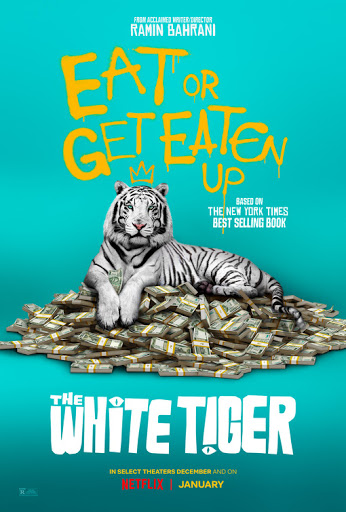 Synopsis: The epic journey of a poor Indian driver who must use his wit and cunning to break free from servitude to his rich masters and rise to the top of the heap. (IMDB).

As embarrassing as it is to admit as a film critic, I didn’t start turning my attention to Indian cinema until last year in lockdown. If you’re wanting to get into Bollywood, Tollywood, or any other part of the country’s extensive filmmaking industry, then Netflix is a great place to start as they regularly secure exclusive worldwide distribution rights to these productions (otherwise known as Netflix Originals). As with everywhere else, some are duds, but others are fantastic with their action sequences, score, and a lot contain really intriguing plots (even though they’re typically on the longer side in terms of runtime). The White Tiger is a bit of a different breed since it’s both an Indian and US production, yet judging from the trailer it seems it combines the strongest elements from both industries. While I don’t believe the hype they’re peddling in that it’s the Indian equivalent of Parasite, what I do trust is that it’ll be an engrossing epic that’ll focus on the rise of a savvy underdog whilst also offering a biting critique of society’s classist elements. Even though there are no extra fees to see this film on top of the price of subscription, I’m rating this one a Buy, as I can picture this film hitting a sweet spot; it’s a satisfying film that’ll be worth a rewatch, which you might even recommend to a friend or two. Its market is rather niche, but it will succeed with that demographic. 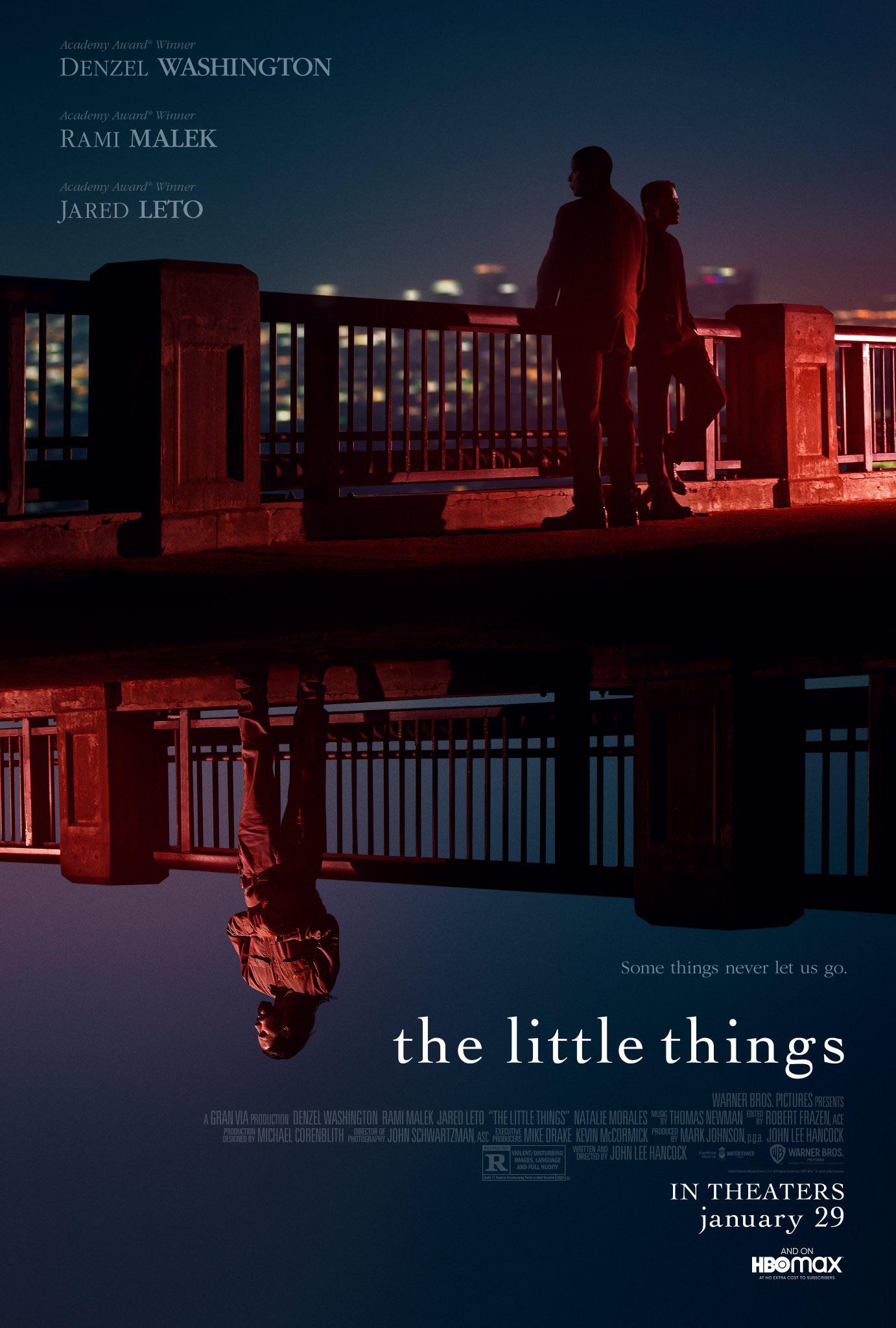 Unlike horror, comedy, or romance, fans of the crime genre are lucky in that a bad film is rare. They tend to be mediocre or above, with only a small handful being abysmal. So the question is where on the scale between bland and utterly gripping will The Little Things sit? The first thing you’ll notice is the stacked cast; Denzel Washington, Jared Leto, and Rami Malek are all Oscar winning actors. There are exceptions, but that usually indicates the script is good at face value, and seeing these Hollywood heavyweights together in the same film is reason enough to at least warrant a Rent rating. Director John Lee Hancock is no stranger to critical acclaim either, having helmed The Blind Side, Saving Mr. Banks, and The Founder, although the film closest to The Little Things’ proposed genre is The Highwaymen which was mildly bland in its presentation. Judging from Washington and Leto’s past few films and where Hancock has tended to shine the most, I predict The Little Things will lean towards being more of a drama as opposed to a crime thriller. It will likely be thematically resonant, but it won’t be a Se7en or Zodiac that’ll drag viewers back for a second viewing. So it’s a Rent, not a Buy.

Thanks for joining us for our first Buy, Rent, or Wait! Let us know your predictions in the comment section. Join us in February for our next edition!