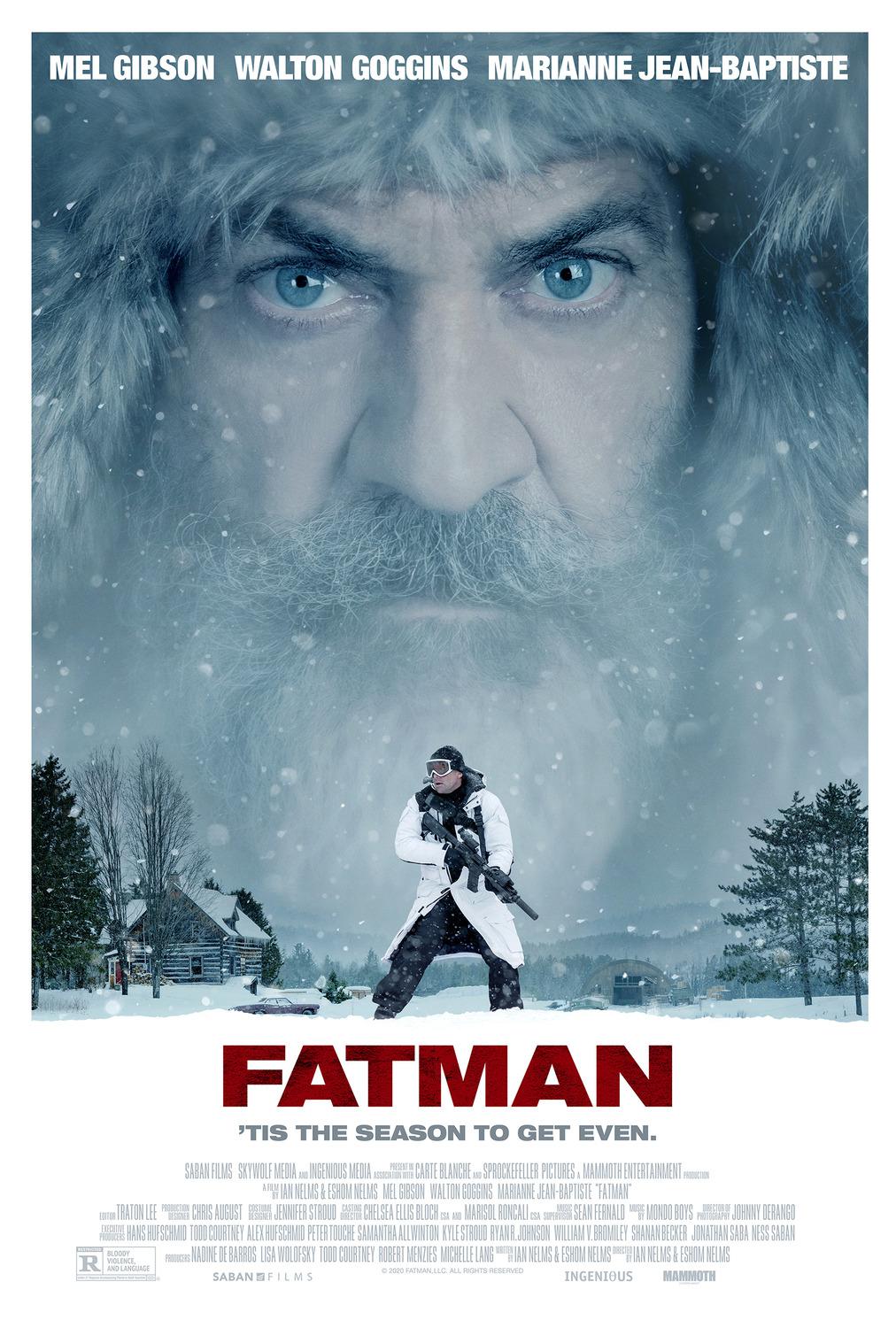 Several years ago now, when my son was maybe six or seven, I sat him down on Christmas Eve and said, “It’s time to watch my favorite Christmas movie.” He was excited. Then I put on Gremlins, and he didn’t sleep for two days. In hindsight, maybe he was a little young.

But that moment taught me one thing. Violent, action-filled movies set during the Christmas season are not for everyone. In fact, there are people that don’t even consider these movies as holiday treats. The same people (I’d wager) that don’t believe in Mr. Hanky, the Christmas Poo, either.

All of this to say, my predilections for holiday hits range among the less traditional offerings: Kiss Kiss Bang Bang, Iron Man 3, The Long Kiss Goodnight, Rare Exports… If it takes place during the holiday season and includes at least one holiday jam in the soundtrack, it’s fair game.

As we venture into Fatman, bear in mind it may not be for everyone. After all, there are only two types of people in the world: those of us who consider Die Hard a Christmas movie… and everyone else.

Violence/Scary Images: Most of the kills take place off-camera, but the end does exhibit scenes of blood and gore. One character glorifies the act of murder.

Drug/Alcohol References: Perhaps some alcohol is consumed, but no hard drugs.

Spiritual Content: ***spoilers*** A scorned Santa shows compassion and forgiveness to his enemy that has plotted his death.

Other Negative Content: There may be some that do not appreciate how Santa Claus is depicted in this film.

Positive Content: A healthy marriage between Santa and the Mrs. Nothing out of character depicted for Santa Claus. A unique holiday story.

The premise of Fatman is one that is so unique and so good that I’m genuinely surprised it’s taken this long to be realized.

A child on the naughty list receives coal from Santa and decides to get revenge. Well, that’s dumbing it down pretty far. An entitled preteen with Daddy issues and too much disposable income hires the family hitman to off Father Christmas in exchange for receiving coal on Christmas morning. Naturally, said hitman, played gruffly by Ant-Man and the Wasp’s Walton Goggins, also has personal beef with Santa, so the idea of taking him off the board is indeed a welcome one.

And while the assassin’s journey is a major part of the movie (spending nearly equal time with him as we do our hero), the crux of the film is the everyman depiction of Mr. Kringle. Santa Claus, played by Mel Gibson, of Lethal Weapon fame (read: also a Christmas movie), is not the jolly old elf we’ve become used to seeing. Yes, he’s immortal. Yes, he has magic reindeer and works with elves, but all of that is more grounded and grittier compared to other depictions. Simply referred to as Chris, he’s also a sharp-shooting, beer-guzzling grizzly man who has become a little burnt-out in his profession. Mel’s Santa is more of a small-business owner going through a rough patch and trying to figure out how to keep his staff employed and the lights on. We learn little of how the day-to-day here is actually accomplished, given instead as an audience to just accept what is presented at face value. Which, admittedly, makes it even more intriguing. Here is a Santa deserving of a sequel. One, perhaps, that would be a good match for Krampus…?

In this version, Santa is on retainer by the US Government. He is paid a stipend for every present delivered to good children, shipping in loads of “holiday cheer” which makes people happy during the yuletide, which in turn makes them spend more money to fuel the economy. Christmas is good for business. This money is what Santa uses to pay his people and keep the operation in the black. The problem is…the world is a different place than it used to be. The spirit of the season is drying up. Simply put, kids aren’t as good anymore. This causes a loss of presents to those who deserve them and drives Santa into a depression. Doesn’t help that money gets tight as a result. What does a desperate Santa do? What any high-capacity manufacturer or factory would: take out a contract for extra-curricular activities. I mean, of course, building components for the US Army’s fleet of fighter jets. 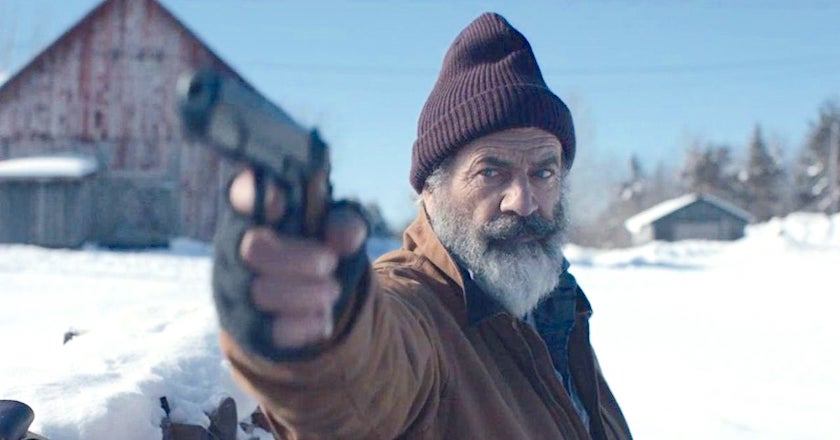 Yes Virginia, Santa Claus is Tony Stark. Complete with superpowers of his own that he wields in effective and engaging ways. His power? He knows stuff. Nothing novel regarding Chris Kringle, he sees you when you’re sleeping and knows when you’re awake. He also knows your name, your parents, your spouse and kids, where you grew up, what you wanted for Christmas 25 years ago… And the first time you see him wielding this ability, he’s convincing a family man to abandon his extra-marital pursuits and return home to his wife.

Told as a dark comedy, the film does offer plenty of laughs and light-hearted moments, albeit a humor that’s a little more dry than comedies in this vein. In one of the stand-out scenes, the head elf explains to a military commander that the Elf diet of pure sugar (made famous in the movie Elf) is actually better for their anatomy than green vegetables as it causes their race to need less sleep to be productive.

Marianne Jean-Baptiste plays the Missus to perfection, serving as the perfect partner for Gibson’s Claus as she’s level-headed and kind, still devoted to the job and to her husband. Chris/Santa is a little hot-headed, little burnt-out, yet his portrayal never seems (imho) to betray the character or legacy of Santa. It simply adds a layer to it.

Vowing revenge for coal… kids are so dramatic!

After watching my share of movies, I’ve come to expect Hollywood to push boundaries, to make characters do things that aren’t in their nature strictly for shock value (I’m looking at you Deadpool 2, making everyone say the f-word just… because). One thing about the movie that I became acutely aware of, and appreciated, was that the foul language and dark deeds were reserved solely for the film’s antagonist. Goggins’ hitman kills far more people than is needed, yet nearly all of those actions are done off-camera, and as gruff as Gibson is in the role, nothing he says or does is worthy of an eye-roll when attributed to Santa. Nor is the child who hires said hitman given to fits of four-letter words. In fact, nothing the boy does is, at its core, unforgiveable for a spoiled child.

All in all, I would say the movie was smartly filmed, well-written, and with a film like this under their belts, I would not be shocked to see the Nelms brothers announced as helmers of a future MCU movie in the near future.

+ Santa promotes the nuclear family and discourages infidelity.
+ Santa forgives his enemies and displays grace and mercy.
+ An intriguing blend of super-powers and a grounded take on Santa Claus.

- Hitman villain replete with obscenities and no regard for the sanctity of human life.
- Blood and gore peppered throughout the film’s climax may turn off some viewers.

A unique and grittier take on Santa Claus and the North Pole thrust into a life-or-death struggle with a trained killer will make its way into your annual holiday rotation if you like a less-traditional style of holiday flick.