It is no surprise that superhero films have dominated the box office in the past decade, both financially and critically. Since the beginning of the Marvel Cinematic Universe, other studios have jumped onto the bandwagon to establish their properties as cinematic universes, whatever the motives may be. One franchise that followed immediately after the MCU’s early success was Warner Brother’s DC Extended Universe. Since the beginning of the DCEU, the DC films have come under large amounts of criticism–with the exception of Wonder Woman–and have resulted in smaller box office earnings compared to the MCU. While some of these criticisms are accurate and show what’s wrong with the DCEU, one film for me personally gets too much criticism, and that film is the origin, Man of Steel (2013).

While some have criticized it for being too gritty and brooding for a Superman film, others like myself have praised it for adding a new perspective to the widely-known comic book hero. While respect the views of those who disliked the film, this detailed analysis is my primary response to some of those criticisms. 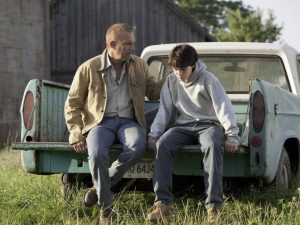 1.) “Zach Snyder changed the origins for an unnecessary dark and gritty reboot.”

There is no denying that Director Zack Snyder and the writers of the film changed the last son of Krypton’s past to great extents. However, I honestly found it to be for the better. Most know who Superman is and what he stands for, whether they are die-hard comic book fans or grew up watching Christopher Reeve’s Superman. While I do respect the classics, those type of stories in today’s world doesn’t fly as much as they used to (no pun intended).

What I mean by that is that the world is no longer seen as black and white. The world would not react to Superman like they did in the comics. Many would be scared, frightened, and feel threatened by an alien who–if he wanted to–could destroy the world let alone become its god. The idea of truth, justice, and the American way doesn’t work in a post 9/11 world and Man of Steel is a great example of that.

This is shown in the interrogation room scene between Louis and Superman. “I’m surrendering to mankind,” he says. When asked about the handcuffs, his response is, “It would not be much of a surrender if I resisted. Also, if it makes them feel more secure, then all the better for it.” The military tells Superman that he cannot expect them to not take any precautions due to them their lack of knowledge about his capabilities. His response? “Let’s put our cards on the table general.” He says while breaking his handcuffs without a flinch. “You are scared of me because you can’t control me. You don’t and you never will. But that doesn’t mean I am your enemy.”

As amazing as superhero characters are, there is no way that humankind in the U.S. let alone the world would simply accept them with open arms and warm welcomes. This is not the first time comic book films have done this. This can be greatly seen in X-Men: First Class (2011), X-Men: Days of Future Past (2014), and Captain America: Civil War (2016).

2.) “Superman didn’t save anyone/put too many lives at risk.”

Actually, Superman saved a number of people on numerous occasions. Aside from the fact that he prevented a mass genocide of the entire earth, he saved people individually–i.e. the U.S. soldiers, his mother, a great number of citizens, and of course, Louis Lane. Even before he was Superman, he saved the lives of the various students on a bus and those at the oil rig.

One thing that people have to realize about comic books is that there will always be people risk and there will always be civilians that die in the process. Just because there are no scenes or images of them dying does not mean that everyone survived, and Man of Steel portrayed that very well by showing people dying. One must also keep in mind that the battle with Zod was Superman’s first fight, let alone his first fight where he could use his powers to the near max. To further the point, his opponent and his army come from Krypton, who are just as powerful as Superman let alone are more skilled in handling their given abilities. How can one really expect lives not to be at risk when superheroes are among us? Isn’t that the whole point of why superheroes save the day let alone save the world? Because people are at risk?

3.) “The Damage of Metropolis was too great.”

Just by this image, you can see just how bad the city looks. However, this is not entirely the case. The only reason that Metropolis looks like a nuke hit is due to the camera focus on this particular section of the city. However, there are wide shots in the film that portray just how large the city of Metropolis really is compared to the ground zero area.

See the difference? It really is not that big as people criticize it to be simply because of camera angles. Regardless of this fact, the damage was high and I don’t deny that. However, the damage is very small compared to just how large the city is. Furthermore, when you have two godlike figures with superhuman abilities–let alone one of them wanting to commit mass genocide–what does one expect the collateral damage to be? Little to nothing in property damage? Similar to the previous statement, this was Superman’s first fight, let alone a fight he endured alone. Before the Justice League, before anyone trusted him outside of his mom and Lois, he was alone. Furthermore, Superman is still adapting to his new abilities in a fight. He really did not have much time to handle let alone master them prior to a fight against those that are already skilled.

This particular scene sparked a large amount of controversy among audiences and comic book fans alike in the summer of 2013. Towards the end of the fight between Superman and General Zod, Superman snaps the neck of the Kryptonian general in order to prevent him from killing a group of people with heat vision. When I first saw this scene, my jaw dropped in shock. Before I gave my thoughts on this scene in particular, I thought about this critically and analytically and to be honest, I am okay with this scene for these reasons.

Reason #1 – This is not the first time that Superman killed his enemy.

According to history, Superman has killed his enemy before on the comic book pages. Some have been for a similar reason as seen in Man of Steel, while others have been out of pure rage. For comic book fans, this should not have come off as a surprise and by comic book fans, I mean the die-hard ones. To be specific for the general audience, Superman has killed the Joker (Injustice: Gods Among Us – Year One #1, 2013), he killed Brainiac (Action Comics #782, 2010), he has killed Doomsday (Superman #75, 1993), and he has even killed General Zod (Superman #22, 1988). Obviously, to see it happen on the big screen than on the pages is very different, but still, this is not the first time it has been done.

Reason #2 – Superman has killed General Zod on the big screen before.

If one has seen the original Superman films of the 1970’s and 1980’s, they would know that in Superman II (1980), Superman killed General Zod in the Fortress of Solitude, so the death of Zod in Man of Steel should not surprise the fans of Christopher Reeve’s Superman. So, for all the Superman purists out there, there you go.

Reason #3 – Any other alternative was nearly impossible.

There is honestly no way that Superman or the U.S. Army could have kept Zod contained if he were to be defeated and kept alive. The U.S. let alone the world does not have any type of facility or technology to keep him locked up. Superman himself did not have a facility to keep him in and by this time, the portal to the Phantom Zone had already been used on Zod’s followers. It would have been in vain, let alone impossible.

Reason #4 – The killing of Zod led to Superman’s no killing rule.

People generally know that Superman stands for truth, justice, and the American Way. He saves people, he protects people, the list goes on and on. While most superheroes have been known not to kill, to see why they adopt that rule is of great importance. In Man of Steel, I really appreciated seeing Superman’s value of life being something he had to earn by being forced to take a life. It clearly portrays that Superman should evolve to reflect society for what it is, not what we think it should be. You can even read it on his face that he was distressed and enraged by having to take Zod’s life to save the innocent, so it was not as if he was in rage mode or wanted to. It sets up as to why he does not take a life and how he must keep himself accountable for using his powers as seen in Batman v. Superman: Dawn of Justice (2016). 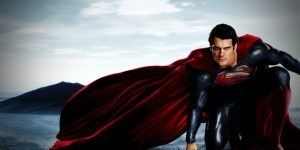 Man of Steel is a very underrated, let alone under-appreciated modern day superhero film that really focuses on how the world would react to a godlike figure living amongst us. Leave it to Zach Snyder, the Director or Watchmen (2009), to create a sophisticated superhero film.

While I enjoyed this film and am a huge DC Comics fan, this does not mean that I enjoyed it 100%. Like every film, I have my difficulties with it–i.e. the rushed opening scene with Superman’s parents, the writing style, the placement of flashbacks, color lighting, and certain actor choices (I’m looking at you, Amy Adams).

Furthermore, comic books have constant origins re-tellings, some that are completely different from the original origin stories. While we definitely should develop our own constructive criticism, we should not fully deny it as a whole, simply because it is not what we want it to be. In other words, don’t be a purist. Being a purist limits any creativity and anything fresh or new that can be brought to the table.

Have you seen Man of Steel? What is your take on the DCEU origin film?