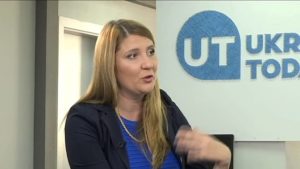 One of 2020’s most interesting films was the straight-to-VOD release of Mr. Jones in North America. The film briefly released in European theaters before and following the lock-down, and did quite well for a mid-sized historical drama. Thankfully, the plague hasn’t stopped the film from doing well in North America, too. Thanks to good word of mouth, the film was a tremendous success in the video rental market this summer.

That’s wonderful news, because Mr. Jones is possibly the year’s most historically important film. The film portrays one of the most forgotten and smoothed-over human rights atrocities of the 20th century, wherein the Soviet Union produced an artificial famine in Ukraine to steal their resources and break the backs of the Ukrainian spirit before it could become a threat to Soviet Communism. The genocide was sadly covered up by New York Time’s Russian correspondent Walter Duranty.

Such a serious story is scathing to the reputation of the now fallen Soviet Union, but the movie speaks to issues very much alive in the public consciousness, from government propaganda to the ability of people to ignore human rights atrocities for ideological reasons and how totalitarian governments are fought in the long run.

In a world where burgeoning radical movements are arising all across the political spectrum; where western governments are happy to look the other way and lie about massive political issues on both sides of the aisle; and where the Chinese government is perpetuating MULTIPLE ongoing human rights atrocities (Hong Kong occupation, Tibet occupation, Uigher Muslim Concentration Camps, the Social Credit System, and military aggression in the South China Seas), a film like Mr. Jones is powerful for its ability to speak truth to power and demand better of normal people.

Geeks Under Grace’s review of the film was kindly noticed and complimented by the film’s screen-writer Andrea Chalupa. Chalupa is a New York based journalist and writer whose ancestors were affected by Soviet human rights atrocities. She poured much of her concern for lost stories of history and respect for her family into her film before reaching out to the great Polish director Agnieszka Holland (Europa Europa, In Darkness) to direct the film.

Chalupa was kind enough to share forty minutes of her time with me this week to discuss the film in question and the long journey to getting it written and produced.

You can view the interview here and check out Geeks Under Grace’s review of Mr. Jones here.