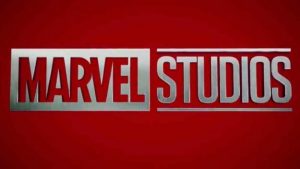 This past Saturday evening, the Marvel Studios’ panel at San Diego Comic Con served as the place of Marvel’s official unveiling of Phase 4 of the Marvel Cinematic Universe. This wasn’ surprising, and honestly, the biggest surprise of the night was just how different the slate reveal was this time from the last time Marvel Studios unveiled their epic plans. The last time they did so was five years ago in October 2014 where the studio revealed nine upcoming films that would premiere following the imminant release of Avengers: Age of Ultron and Ant-Man in 2015.

Here is what we know now about Marvel Studio’s imminant plans:

Release Date N/A – Guardians of the Galaxy 3, Directed by James Gunn (GotG 1 and 2) 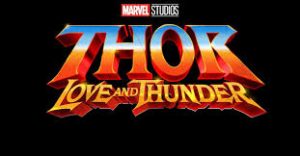 August 2020 – The Falcon and the Winter Soldier

One of the biggest surprises for Phase 4 is how small it is relative to Phase 3. The slate only reveals films and TV shows for 2020 and 2021 which had to be hidden to protect from spoilers for Avengers: Endgame.

The other big surprise of the slate is there’s not going to be a massive event film or teamup movie in the MCU’s immediate future. At the offset, none of what we’ve seen seems to be building to anything serious or dramatic. These all appear to be one-off films. It’s unclear what that means in regards to the narrative of the MCU, but it’s unlikely they’ll go more than a phase or two without something massive given how Avengers: Endgame has become the highest grossing film of all time.

The name of the game here seems to be a combination of short term commitments and experimentation. They’re hiring on tons of indie directors, adding new characters to the lineup, and letting the kinds of films the MCU can allow to diversify slightly by adding horror and martial arts to the lineup of film genres. Disney also seems to have learned their lesson about dense plotting after having to change the Phase 3 plans multiple times to add Spiderman Homecoming, Spiderman Far From Home, and Ant-Man and the Wasp to the lineup while deleting Inhumans. It’s likely Phase 5 and 6 will be in two to three year bursts as well.

Most of these movies and shows had already been tacitly announced by Disney due to them having spent the last several months publicly casting actors and hiring directors and screenwriters for the films, so most of this isn’t shocking. Of course, the complete out of nowhere surprise of the night was the announcement of Blade starring Mahershala Ali (Green Book, Alita: Battle Angel). There’s no indication when that’s due for release, but if they’ve cast their lead, then it’s in serious preproduction and likely due in about two to three years. The same is true for Marvel’s other massively anticpated sequels to Black Panther, Guardians of the Galaxy, and Spiderman, which have yet to have release dates announced.

There’s still alot we don’t know, of course. Spiderman wasn’t officially acknowledged at the show likely due to rights sharing issues regarding the recent release of Spiderman: Far From Home. While it’s clear Sony will likely renew their contract with Disney to keep Tom Holland in the MCU, it’s likely the contract on that won’t be signed until the movie leaves theaters although it’s likely a done deal. We also heard very little about what their plans for Ant-Man are or what the enormous plans for the X-Men and Deadpool are as of yet.

While it would’ve been nice to have a longer more comprehensive plan to scrutinize and think over, the current Phase 4 plans are exciting, fresh, and risky, and that’s a good sign Marvel Studios thinks they’ll be able to weather out the storm of disinterest and gradually decreasing box office returns that have hit the rest of Hollywood. Long live the king!

What do you think about the announced slate for Phase 4? Do you like it? Hate it? Desperately want something you didn’t get? Let us know!