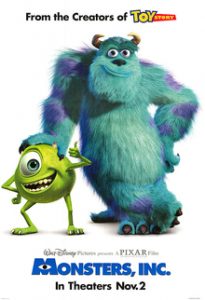 Monsters, Inc. blasted through box office predictions. But it didn’t start out as a sure thing. At a lunch meeting in 1994, the idea for Monsters, Inc. was born. Between 1996–2000, the script evolved into something much different than the original 30-year-old who was terrified of monsters. Pixar Animations stepped in and created a new standard for animation and characters who stay in the heart forever. Everything aligned, albeit slowly, and Monsters, Inc. remains the highest-grossing animated film, to date.

Violence/Scary Images: The bad monster, Randall, is slithery, creepy, and evil. He wants nothing more than to scare children, so it may frighten views under four. There is a combat scene between two monsters, but nothing bloody. Monsters are, well, monsters: they slap each other, roar, and try to scare kids.

Language/Crude Humor: “What the…” drops twice. Mike intentionally flings himself onto a beam, hitting his crotch, just to make Boo laugh.

Sexual Content:  None, other than Mike’s girlfriend calling him pet names, including “Kissy-kissy.”

Positive Content: The appeal of this movie stretches from a toddler to any adult. It’s slapstick comedy, wrapped in a heartfelt appeal of doing what is right. Good will win here, even if there is a broken heart involved. The most moving scene, still to this day, is the sweet ending. 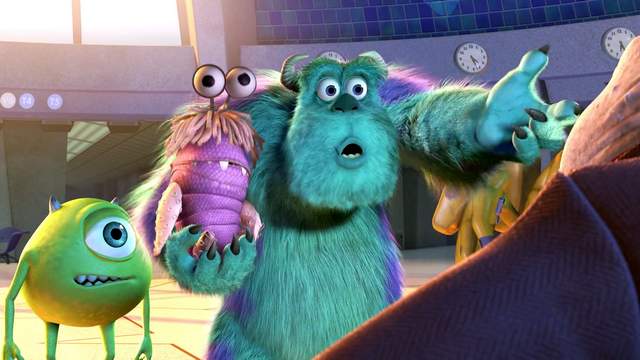 The delightful opening, combining jazz and eye-popping neon simple animations of doors and monsters, sets the tone within seconds. Suddenly, the viewer is whisked away into many children’s nightmares: a monster hovering over the bed. Seconds later, the monster is frightened by the boy’s screams, trips onto a pile of jacks, and writhes in pain until the light flips on—another monster failure. And those screams are needed to power the city. But with the way the new hires are going, and leaving doors open, allowing children to slip into Monstropolis where a single touch could kill one of the citizens, the future of Monsters, Inc. is bleak. Children’s screams create clean, dependable energy for the city. Monsters need it, but kids aren’t as scared of monsters as they used to be. What else could go wrong…besides a little girl slipping through an open door into Mike and Sully’s world?

John Goodman’s interviews state that he handled Sully like a tenured NFL player, a dedicated and total pro-scarer, working for the good of the team. He is the heart of the monster best friends. Mike Wazowski’s fast-talking half of the duo is played by Billy Crystal. He lends his years of comedy to flesh out the one-eyed green ball on legs. Little Boo is voiced by Mary Gibbs, who proved too small to reach the recording microphones in the studio. Most of her lines were taken by crew members who followed her around, recording her ramblings and splicing them together.

The supporting cast rounds out any comedic gaps. The slithering Randall is played by Steve Buscemi and his creep factor is out of this world. My personal favorite is the ever-charming Roz, head administrator of the scare floor. She is voiced by Bob Peterson, raspy and irritable. Jennifer Tilly plays Mike’s girlfriend, Celia, all loveable and cuddly if her snake hair isn’t angry. The legendary James Colburn is cast as the owner of Monsters, Inc., Mr. Waternoose, a crab-like monster with questionable motives.

The ground-breaking animation was introduced by Pixar in this film. It is the first time individual animators were used for each character. Sully’s fur, in particular, brought a new challenge to Pixar. After a shot was animated, a fur simulation program was applied. The result was cinematic magic that laid the groundwork for many techniques in animated films. Special attention was also applied to clothing throughout the film. In totality, viewers watched animation that felt realistic.

The twenty-five tracks for Monsters, Inc. were entirely written by Randy Newman, including the Academy Award-winning song “If I Didn’t Have You,” which garnered Newman his first Best Original Song. This film was the fourth collaboration for Newman and Pixar. Every song lends to the tone of the movie, enhancing each scene.

I’d recommend this movie to anyone. It has been well-loved for years and will continue to influence animation in the decades to come, with its attention to detail and revolutionary effects. The story is timeless. It touches the inner child in adults and delights children of all ages. And if you are an adult, feel free to have a tissue ready for the last few minutes. 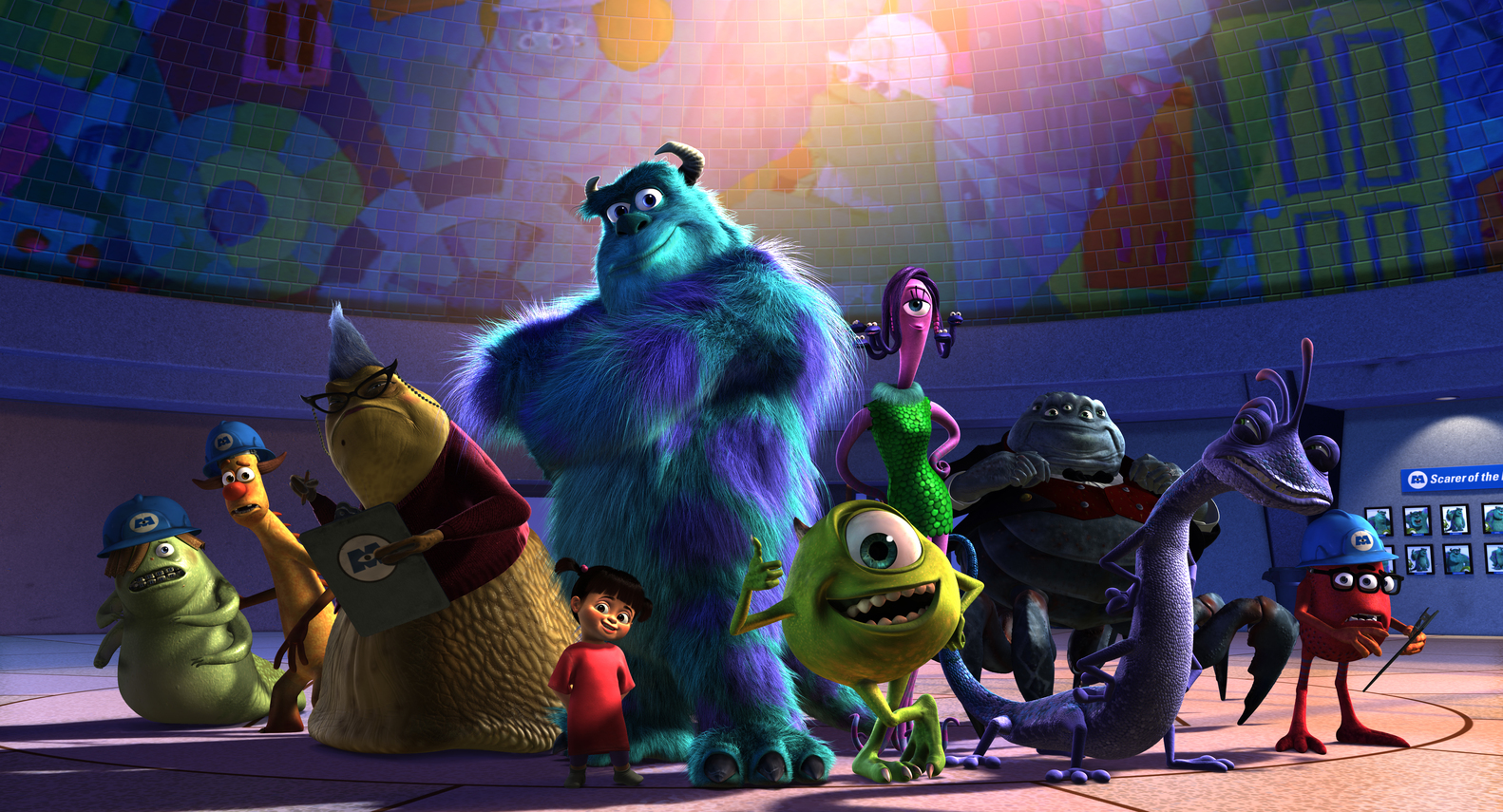 This movie should be mandatory viewing for everyone, at least once. It tackles friendship, morals, fighting for the greater good, and working past prejudices. All of that is wrapped into clean humor and magnificent animation.