Review – Venom: Let There Be Carnage 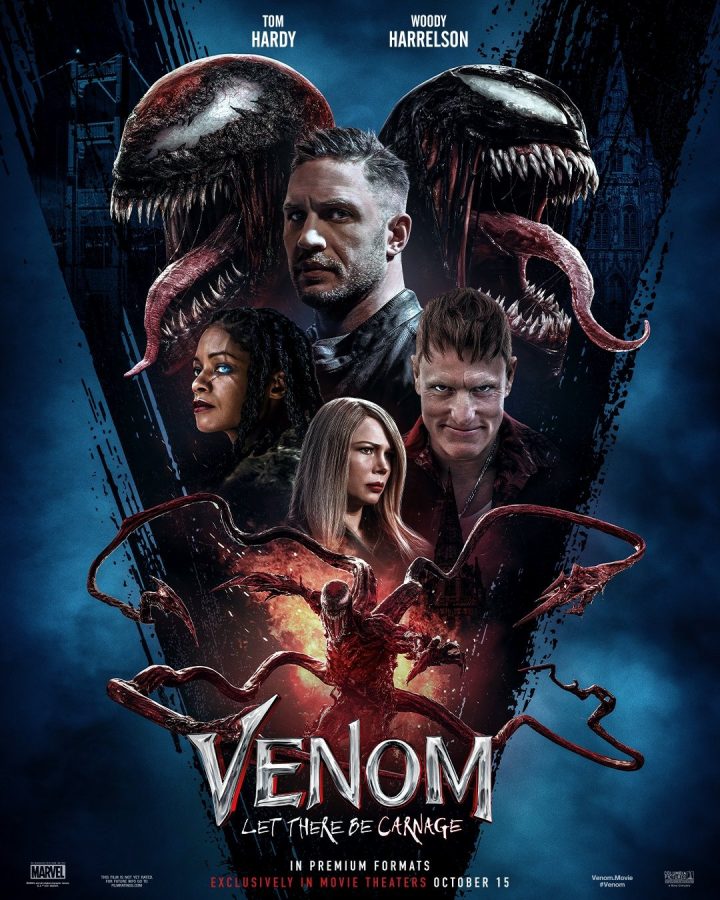 The release of 2018’s Venom held some division between critics and audiences. To this day, it still holds a 30% critic score and an 81% from audiences on Rotten Tomatoes. While realizing it isn’t a great movie, I had a fun time with it and was very happy with Tom Hardy’s performance and how Venom was handled on screen. The same goes for Venom: Let There Be Carnage. I enjoyed plenty about this sequel, but I found it lacking in critical areas that I believe will keep it from having a symbiotical relationship with critics and comic fans alike. I expect that same divide from the first film to occur with this one as well. However, there is a particular reason that I think fans shouldn’t miss out on it.

Violence/Scary Images: With a rating of PG-13, blood and gore are minimal. Most of the violence comes from the Carnage character. People get beaten, thrown around, stabbed, and impaled. We also see heads bitten off when the symbiotes decide to consume people. A disturbing flashback in the form of an animated drawing tells the story of how a character pushed their grandmother down the stairs and killed their mother in the bathtub with a hairdryer. Venom and Carnage’s toothy appearance will terrify young viewers.

Drug/Alcohol References: Beer is consumed. A character puts out a cigarette. Wine is served at a restaurant, but nobody drinks it.

Sexual Content: Surprisingly, the movie is clean in this area.

Spiritual Content: The final battle takes place within a cathedral. Two characters wish to be wed by the Priest there before a fight breaks out. Eddie Brock tells Venom not to consume the Priest. As the fight carries on, the cathedral sees much destruction.

Other Negative Content: A scene in which Cletus Kasady transforms into Carnage is quite intense. He is about to be given the death penalty but transforms into the symbiote during the process. He kills many guards in a gruesome fashion while escaping. This film also depicts instances of domestic violence.

Positive Content: The characters that are able to control their impulses and work together are shown to succeed.

Venom: Let There Be Carnage first kicks off with some backstory that introduces Shriek, played by Naomie Harris. Then, we move on to the scene we saw in the first movie that sets up the meeting between Eddie and Cletus. This particular moment retcons that interaction, likely due to Woody Harrelson’s terrible wig, and gives a reason why he is so interested in Eddie Brock. Redoing this scene was a good decision and officially set the stage for the rest of the movie. The first time we saw these two actors on screen together was only a teaser, meaning this was a second chance to do it better and elaborate further. Although the pacing seems weird after this point, I believe the short runtime of an hour and thirty minutes is to blame.

The next chunk of the film gives us a deeper look at the relationship between Eddie and Venom. So, if you liked that dynamic in the first movie, you won’t be disappointed here. Yes, it is Tom hardy talking to himself, and there are a handful of scenes in which that aspect is part of the humor. The comedy is very reminiscent of the first movie, but some of the jokes miss the landing. If you found the humor to be awkward before, you’ll feel the same way this time around. However, I found myself audibly laughing on occasion along with a few others that were in the theater. Personally, at this point, that awkwardness is a staple of the series, though it may not appeal to everyone.

Let There Be Carnage puts a heavy focus on the backstory of Carnage and Shriek, as it should. Unfortunately, Cletus Kasady and his symbiote don’t live up to the character from the comics. Although, I still enjoyed Woody Harrelson’s performance and the scene where his CGI counterpart tore through the guards during Cletus’ escape from prison. Due to the movie’s short runtime, we didn’t get enough screen time between Hardy and Harrelson to build the rivalry between the two hosts and their symbiotes. I was looking forward to watching both actors interacting with one another; these guys could’ve had great chemistry on screen so it’s unfortunate the film doesn’t deliver on that front. Carnage is treated more like another villain on the list instead of Venom’s greatest foe.

Watching Carnage and Shriek leave a wake of destruction along their path is where most of the action occurs. During that time, we also get a hint that Cletus and Carnage aren’t on the same page in some regards. That foreshadowing plays a part in how Eddie and Venom deal with their adversary. That division might be a disservice to the comics, but I believe it was ultimately necessary. The production team had to fill a tall order, and I greatly admire their approach. That aspect of the film was honestly the highlight of my viewing experience, while it will likely be blasphemy to most hardcore comic fans.

As we saw in this year’s Godzilla vs. Kong, watching two CGI characters duke it out on the big screen feels strange, and yet Venom: Let There Be Carnage has an advantage in that two actors perform alongside their digital counterparts. Throughout the battle, Cletus and Eddie spend some time interacting outside of their symbiote forms—which gave the actors more screen time than a complete CGI slugfest. The showdown was fun to watch, which makes it unfortunate that this is the only time we see them fight in the whole movie. Carnage’s first appearance in film ultimately feels like wasted potential, no thanks to the result this encounter.

Lastly, I should give a shoutout to the supporting cast. I enjoyed watching Michelle Williams play Anne again, and including Reid Scott’s Dan added to the awkwardness that occurs any time Eddie and Venom are around them. I also don’t know much about Shriek in the comics, but I enjoyed Naomie Harris’ performance in the limited time we had. That humor may not always hit, but the supporting cast were not an issue. I believe that everyone performed well but was held back by all of the factors that I have mentioned.

Venom: Let There Be Carnage is ultimately a waste of a sequel that could have been great but falls short. If you didn’t enjoy the first movie, you shouldn’t spend your time or money at the theater. Those like me who were entertained by the first movie will likely have the same experience. However, I believe that fans should not miss the post-credits scene. We don’t know if there will be a third movie to make a trilogy, but I think the particular scene puts Eddie and Venom on a trajectory that could be a positive turning point for future films in the series. With that, I’ll leave it up to whoever reads this to decide if that alone is worth the price of admission.

-The rivalry wasn't there
-Some jokes didn't land
-Short runtime

Venom: Let There Be Carnage is a fun ride but lacks the intense rivalry that Venom and Carnage share in the comics.