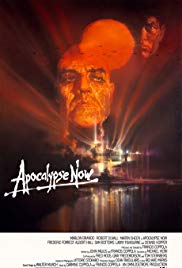 Of all of the movie brats of New Hollywood, maybe none of them was as prolific as Francis Ford Coppola. The man wrote and directed The Godfather, arguably the greatest film of its decade. He rounded out the 70s with a prolific sequel and a handful of other great films the represent some of the best  of each year they came out.

Considering that put him in competition with directors like Robert Altman, Peter Bogdonovich, Michael Cimino, Brian De Palma, George Lucas, Martin Scorsese and Steven Spielberg, among many others, that’s certainly a compliment. While the decades since haven’t been as kind to him, he finished out 1979 with one of his most interesting, lurid, and unforgettable works: Apocalypse Now.

Language/Crude Humor: Severe language throughout including numerous uses of f*** and s***. 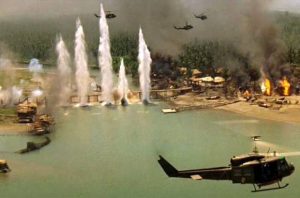 The late career of the great Francis Ford Coppola has been plagued by decline. This has been the fate of many a great director of the 1970s like Brian De Palma and George Lucas but Coppola’s descent has been rapid and exponential. The director’s career in the 1970s was celebrated by a parade of some of the greatest films ever made: Patton, The Conversation, The Godfather, The Godfather Part II, and finally Apocalypse Now.

Following the end of the decade though his output experienced a rapid decline. He produced a handful of solid films going forward like The Outsiders and Tucker: A Man and His Dream but by the 1990s and 2000s he was making movies as odd as Bram Stocker’s Dracula and as lazy as Twixt. From the director of The Godfather this is a massive qualitative drop. Maybe it’s not surprising then that the now 80-year-old director is dipping his toes in the well one last time to play with one of the genuine masterpieces of his career yet again.

This past weekend brought us the wide release of Apocalypse Now: The Final Cut. This represents the second time Coppola has tampered with it following 2001’s Apocalypse Now: Redux which is widely considered the worst cut due to extending the runtime to a maddening 202 minutes. The Final Cut trimmed 20 minutes from its predecessor while transferring the original negatives to 4K for a wide release. That cut is playing in theaters at the moment. I had the opportunity to see it opening night at an IMAX theater and I’m glad I did. This is one of those movies that demands to be seen in a theater with surround sound and a giant screen that accentuates the larger than life personas of the characters.

This has always been my favorite Coppola work. It’s not necessarily his best (The Godfather obviously) but it’s the movie I’ve most intimately studied and the one that I was first introduced to. As a student of sound effects editing back in college, I was introduced to it in a class that studied the immensely creative work of editor Walter Murch who assembled the hobbled and mixed footage that Coppola had assembled and turned it into an epic. The editing and sound effects mixing alone is something to behold in the way it intercuts visuals, mixing the audio from levels of quiet to blisteringly loud in minutes and slowly transfers between them. Entire essays could be written on this movie’s editing and sound mixing alone.

In some ways, Apocalypse Now exists entirely because of the insane circumstances of its creation more than its own talents. As told in the excellent documentary Hearts of Darkness, Coppola borderline went insane shooting this. Technical problems abounded. The budget went far over the limit while shooting in the Philippines. Marlon Brando showed up for his role having become morbidly obese despite playing the role of a soldier so his scenes had to be shot to obfuscate the issue. The Filipino air force constantly quit shooting mid-shot because they had their attention split between fighting an ongoing Civil War and shooting the film.

Sets were destroyed by a typhoon. They diverted radically from the script and the entire ending had to be rewritten and partially improvised by the actors. Harvey Keitel, the original actor playing the lead, had to be replaced after the first set of dailies returned, so Martin Sheen was brought in. Then subsequently he suffered a heart-attack mid-shoot that almost killed him. The entire production ran roughly eight months. Coppola barely managed to finish shooting and by the end of it he was badly shaken. It took the expert skills of its editor to actually assemble the mess into something coherent. 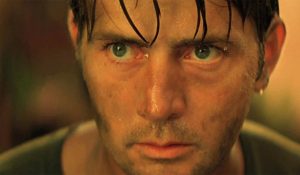 The final product was a masterpiece. Apocalypse Now is a lurid, hellish and unrelenting experience that indulges in some of the darkest themes and ideas ever presented about the depths of depravity that war drags the human psyche through. To boot, it’s very controversial. Any film that addresses a conflict as disputed as the Vietnam War is going to have an edge to it but Apocalypse Now certainly doesn’t hold back on it’s contempt for America’s actions during the war. For the most part Americans are presented as wannabe cowboys and scared teenagers running ram shot over poor Vietnamese villages, slaughtering innocents, and just trying to survive in a situation way over their heads.

I’ve met many people who have diverging thoughts about Apocalype Now from “it stinks” to “it’s unintentionally hilarious.” These are all reasonable opinions. The movie’s satire and borderline surrealist tendencies make the it funny at times. Usually this is during scenes in which it’s trying to impress upon the audience the horror of war. At a few points, though, I definitely chuckled at how over the top things were getting.

That story follows the destruction of two men: Captain Willard (Martin Sheen) and Colonel Kurtz (Marlon Brando). Willard is a CIA assassin and a soldier who’s been so badly traumatized by his time in the war that his first scene is  having a massive psychological breakdown in a hotel room. The second character Kurtz is the theoretical antagonist, a renegade leader who’s gone off into the middle of the Cambodian jungle with an army that uses brutal and savage tactics against the Vietcong. The film is literally and figuratively a slow dive into the psyches of these two men who have been broken by war.

Coppola represents this by making the plot structurally about a journey upriver. Willard starts his role by being hired to guide a P.T. across Vietnam into Cambodia on a top secret mission to kill Willard. In doing this mission, Willard and his men are exposed to all of the excentricities the war can throw at them. They destroy a small village at the mouth of the river, attend a USO show that rapidly gets out of hand, massacre a boatload of civilians by accident, defend an outpost that gets destroyed, and rebuilt nightly and have dinner with a group of French colonists who somehow managed to survive waves of attacks.

In Hearts of Darkness, Coppola describes how this journey is expressed as a return back in time into the history of Vietnam. The people that Willard meets on the river represent a slow revealing of Vietnam’s character and the soldiers occupying it. All throughout this journey we hear Willard’s internal monologue as he reflects on the nature of war and starts to question his beliefs as he slowly uncovers the story of how a bright, upstanding young Colonel descended into the depths of depravity. This all builds to the movie’s bleak final confrontation between Willard and Kurtz where we finally get to learn about him.

His is an almost prehuman existence, living at an ancient pyramid surrounded by soldiers in tribal clothing with the bodies of the dead hanging from trees around him like a Mayan ruin. These final violent minutes represent the conclusion about the nature of war and give us some of the most powerful visual moments.

Apocalypse Now isn’t for the faint of heart. It is however a film you will sparsely forget once you’ve seen it. It’s an unrelenting assault on the senses that places you in a setting defined by an almost dreamlike sense of logic and morality (or lack there of). It carries it’s themes quiet brazenly with a sense of irony that hits you will all the subtly of a mallet. There’s a good chance you may end up despising it upon initally viewing.

It’s very long, very dark and the places it goes may offend your sensibilities or make you laugh. It is however required viewing for cinephiles. It’s a visual feast for the eyes made with a depth of scale and precision I can sparsely imagine achieving with any film. It all comes together though producing a rare form of poetic visual cinema only sparsely achieved by films like 2001. 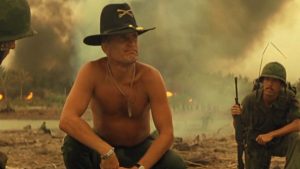 Apocalypse Now is one of Coppola's greatest films. Some people love it, others hate it, and some mock it but it's unforgettable and powerful in a way few films ever accomplish. It's an immense accomplishment regardless of how you look at it.